In 2010, 17-year-old Mackenzie Cowell fell victim to a disturbed classmate named Christopher Scott Wilson who had a morbid fascination with murder and a tattoo of Hannibal Lecter on his arm. 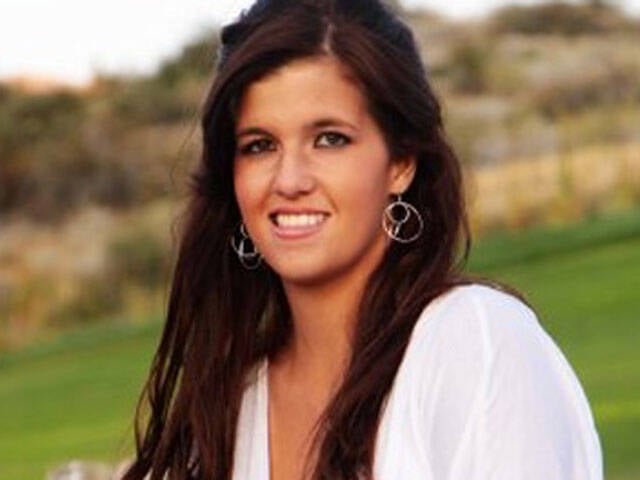 FacebookMackenzie Cowell was just 17-year-old when she was murdered by a disturbed classmate in 2010.

Mackenzie Cowell was a 17-year-old cosmetology student in Wenatchee, Washington. On February 9, 2010, she left class for a short break, driving away in her car, but a fellow beauty school student was just behind her — with dark designs.

When Mackenzie Cowell turned up strangled and stabbed to death in the Columbia River four days later, police had few leads, until Christopher Wilson’s name came to their attention. The circumstantial evidence suggested Wilson was Cowell’s killer, and so did part of the physical evidence, but questions remained: Were others complicit in Mackenzie Cowell’s brutal murder? 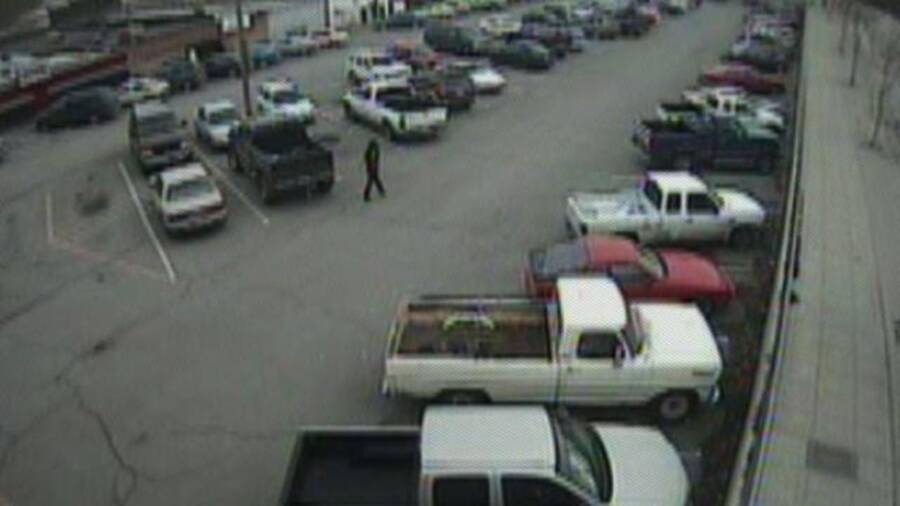 Mackenzie Nicole Cowell was born on April 1, 1992, and in 2010 was a senior at Wenatchee High School, splitting her time between both parents’ homes. Cowell was a dedicated dancer on the school dance team, and for a Wenatchee dance studio. The ambitious Cowell was gaining extra school credits in a cosmetology job training program at the Academy Of Hair Design in downtown Wenatchee.

At 3 p.m. on February 9, Cowell left her beauty school for a 15-minute break, asking if she had to sign out for such a short time according to CBS News. Cowell exited through a rear door, and was recorded on external security cameras walking across the parking lot, and entering her red car alone. These were the last images captured of Cowell alive.

Other than the one-word text to her boyfriend of, “Hey,” which received the same response at 3:42 p.m., any calls to Cowell’s phone afterward went straight to voicemail. As classes ended at 5 p.m. Cowell never returned to the beauty school.

Cowell’s father left a series of voicemails for his daughter around 5:40 p.m. and became increasingly worried when she did not return home that evening. Around 8 p.m.m a rancher reported an abandoned car near his driveway in Pitcher Canyon. It was Cowell’s, and police called the registered owner, Reid Cowell, who told the officer that not only was his car missing, but so was the driver – his daughter.

A single set of footprints in the snow led away from Cowell’s car, and soon a police helicopter and canine search were underway. The canine only detected Cowell’s scent within the car — however, three residents recalled seeing a thin man, with dark hair and a dark coat, walking away from the car down Pitcher Canyon Road between 4:30 and 5:30 p.m.

On February 13, four days after her disappearance, Mackenzie Cowell’s body was discovered in the Colombia River at the quiet resort community of Crescent Bar, some 20 miles east of Wenatchee.

The autopsy showed Mackenzie Cowell had died on February 9, between 3:30 and 4:30 p.m. She had no drugs or alcohol in her system, had not been sexually assaulted, still wearing her beauty school uniform. Cowell had suffered blunt force trauma to the head and been strangled and stabbed per The Spokesman Review.

Disturbingly, a kitchen knife was found still embedded in Cowell’s shoulder, where her killer had attempted to hack off her arm.

A multiagency task force was formed with consultation from the FBI, as Cowell’s parents were informed of the shocking murder of their daughter. Investigators soon cleared the family, including the boyfriend of Cowell’s mother, with whom Cowell had some past tension. But with investigators interviewing hundreds of people and obtaining relevant DNA swabs, a new twist soon appeared in the case.

Reportedly a police informant, a woman named Liz Reid implicated two local drug dealers, claiming she had actually seen a “snuff film” of Cowell’s murder. The task force examined both men for weeks, but phone records and their presence at jobs on the afternoon of Cowell’s disappearance, cleared them both. Reid’s information ultimately proved invalid, and she withdrew her accusation — but still maintained that she had seen that snuff film. 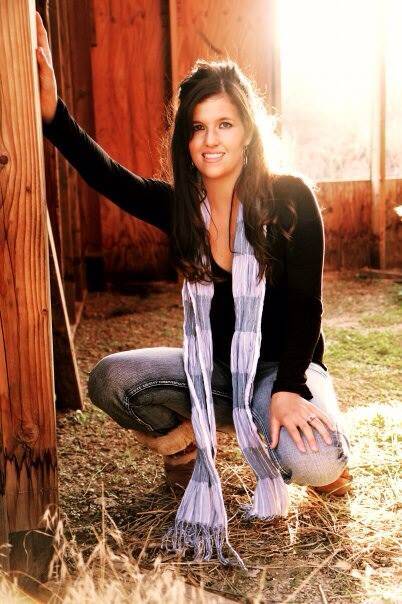 FacebookMackenzie Cowell near the time of her disappearance.

In August, another police informant, Theo Keyes, sent investigators a letter from prison indicating that they should look into his former friend, 29-year-old Christopher Wilson. Keyes, a bipolar petty criminal in jail for indecent exposure, wrote that Wilson attended the same beauty school as Mackenzie Cowell, and had a morbid fascination with death, having previously been fired from a funeral home for an unknown offense.

Keyes said that Wilson had once suddenly choked a female friend at a party, then released her as if nothing had happened.

Wilson dyed his hair black, wore gothic clothing and occasional eyeliner, and would’ve blended into Seattle perfectly — but not small-town Wenatchee, where he stuck out like a sore thumb. Wilson was obsessed with the popular serial killer TV show Dexter and even had a tattoo of Hannibal Lecter on his arm. Wilson’s friends always stressed that he wasn’t evil, just different, with some unusual interests. Opinions varied as to whether Cowell and Wilson knew each other, but Wilson denied it.

And what’s more, she allegedly called him that night in a panic: “Something really, really bad has happened” 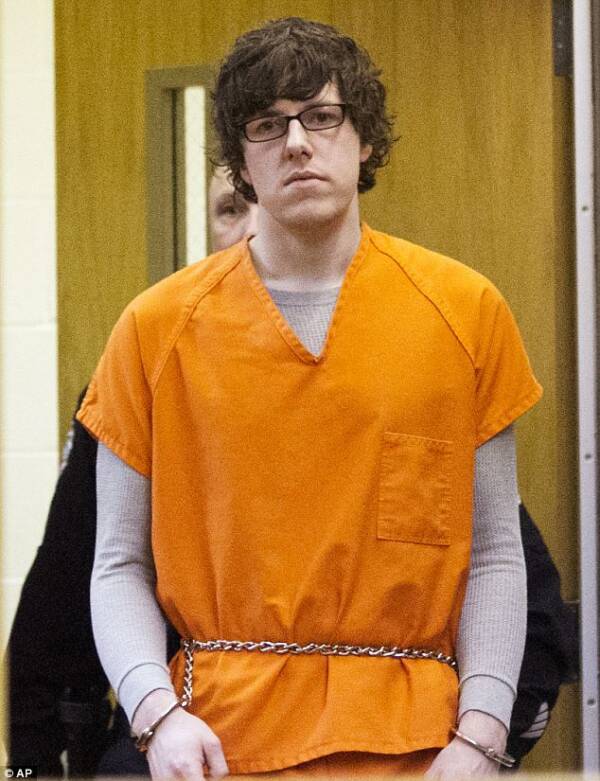 Christopher Scott Wilson had voluntarily provided his DNA, which was found to be consistent with male profile DNA found on duct tape discovered near Cowell’s body. When questioned on October 6, he was arrested for the murder of Mackenzie Cowell, and simply asked for a lawyer. Wilson’s DNA had not been found in Cowell’s car, or on the knife, and Wilson’s own car had produced no forensic evidence linking him to Cowell.

Damning circumstantial videos were, however, discovered involving Wilson, his ex-girlfriend, and a blood-stained piece of carpet.

On the video, Wilson could reportedly be overheard saying, “Does it look clean in here?” His ex-girlfriend replied, “Clean for …? Clean considering what’s … happening? Yes, I think it’s clean.”

The video zoomed in on a stained patch of carpet, which Wilson later said was soiled during a party. A small bloody carpet patch was sent for crime lab testing which came back as Mackenzie Cowell’s blood. Wilson’s ex-girlfriend was arrested for concealing the crime, but she was never charged by investigators.

In April 2011, Wilson rejected the plea deal of a lifetime – six years for manslaughter. Prior to trial, a jury questionnaire revealed that 80 percent of potential jurors already thought Wilson was guilty. The day before, thinking he would not receive a fair trial, Wilson entered a guilty plea for Cowell’s manslaughter and requested the six-year deal.

In the end, Christopher Scott Wilson reluctantly took a 14-year plea deal in exchange for a signed document saying he had caused the death of Mackenzie Cowell. Wilson tried to reverse his plea almost immediately, but it was upheld, and he remains in prison until at least 2023.

After learning about Mackenzie Cowell, read about the mysterious disappearance of nursing student Maura Murray. Then, learn how a podcaster worked to solve the notorious murder of Denise Johnson.