In two landmark studies focused on psilocybin, researchers found that just one psychedelic experience can lead to substantial and lasting mental health improvements, 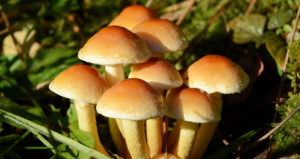 Hallucinogenic drugs have been unfairly characterized as dangerous when, in fact, they likely have significant medical benefits.

At least, that’s what is argued in the most recent issue of The Journal of Psychopharmacology.

In two landmark studies focused on psilocybin, the active ingredient in magic mushrooms, researchers found that just one psychedelic experience can lead to substantial and lasting mental health improvements, specifically in those suffering from cancer.

Looking at 80 test subjects — all of whom had advanced cancer and were experiencing severe depression and/or anxiety — research teams at New York University Langone Medical Center and Johns Hopkins University conducted “the most rigorous controlled trials to date” involving the illegal drug.

In a double-blind experiment, patients were placed in comfortable living room settings and given either a dose of synthetic psilocybin strong enough to induce an hours-long hallucinogenic trip, a placebo that caused a warm and tingly feeling, or a dose of psilocybin too low to be effective.

The patients were given eye masks and headphones, and were encouraged to relax, listen to soothing music, focus their thoughts inward, and share any concerns or fears with the therapists on hand.

Tracking the subjects’ progress over subsequent months, the studies’ authors found that up to 80 percent of them were less distressed than when the study had begun.

These findings, the journal noted, may be controversial in a country that has spent decades promoting a “drugs fry your brain” message. But in the ’50s and ’60s, psychiatric use of psychedelics were actually well-supported within the field.

Hundreds of studies looking at thousands of patients were conducted on the benefits of LSD, with findings suggesting benefits for those with alcoholism, anxiety, and depression.

At a time when the country is slowly rethinking the economic, medical and recreational uses of marijuana, this research suggests that magic mushrooms might be next.

Next, have a look at 14 surprising drug advocates. Then check out some amazing discoveries that were made while on drugs.