Why Ecstasy Is The Hot New Treatment For PTSD

With the help of MDMA, veterans suffering from PTSD could soon find relief. 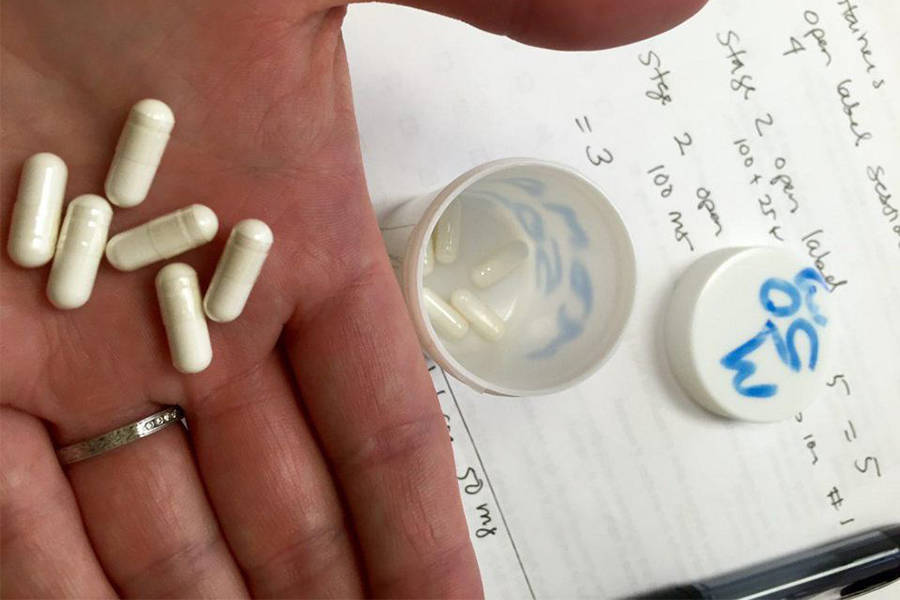 ForbesA pure form of medical-grade MDMA, such as these capsules, could alleviate the symptoms of PTSD.

A new study claims that a combination of psychotherapy and ecstasy could be the most effective treatment for people with post-traumatic stress disorder.

The study, funded by the Multidisciplinary Association for Psychedelic Studies and performed on 26 military veterans, suggested that giving a pure form of the party drug to those suffering from PTSD “could enhance the benefits of psychotherapy.”

“Key elements that contribute to the safety and efficacy of MDMA-assisted psychotherapy include careful medical and psychological screening, preparing participants for the MDMA experience and treatment, close support by trained psychotherapists,” said Allison Feduccia, a doctor working with MAPS.

During the trial, participants who had been diagnosed with PTSD were randomly assigned to receive either 30 mg, 75 mg, or 125 mg doses of MDMA, in addition to psychotherapy. Their symptoms and side effects were then monitored and recorded.

Though some of the participants reported anxiety, insomnia, and transient increases in suicidal thoughts, the study found that the treatment was overall safe and helpful in alleviating symptoms of PTSD.

In one of the early phases of the trial, 61 percent of the participants actually no longer qualified for the diagnoses after three sessions of MDMA-assisted psychotherapy

MDMA-assisted psychotherapy for PTSD was designated as a “breakthrough therapy” by the FDA last year, allowing the treatment to be fast-tracked for review and approval.

The next steps for the trial include dosing a larger group of participants with wider ranges of PTSD forms, to test the full efficacy of MDMA.

“Larger research studies are needed which include a placebo group and can tease out which specific parts of the psychotherapy the MDMA may be helping with,” said Michael Bloomfield, a psychiatry expert at University College London. Bloomfield was not directly involved in the study, though was fascinated by the findings.

He says they are worth pursuing but warned those who believe it downplays the effects of consuming ecstasy unsupervised. The study used “medical grade” MDMA, which varies greatly from the kind that is trafficked on the streets. The medical grade MDMA used is comprised purely of 3,4-methylenedioxymethamphetamine, which was originally designed as a drug to treat depression.

According to Al Santos, associate deputy administrator for the DEA, the so-called “pure” forms of MDMA (such as “Molly”) rarely contain actual MDMA. Instead, they contain synthetic compounds designed to mimic the effects of ecstasy, while disregarding chemical interactions and reactions from users.

Next, check out what happens to your body when you do Krokodil, the “Zombie Drug.” Then, read about how magic mushrooms might alleviate symptoms of depression.