A new survey affirms that one of the world's oldest drugs is also the safest. 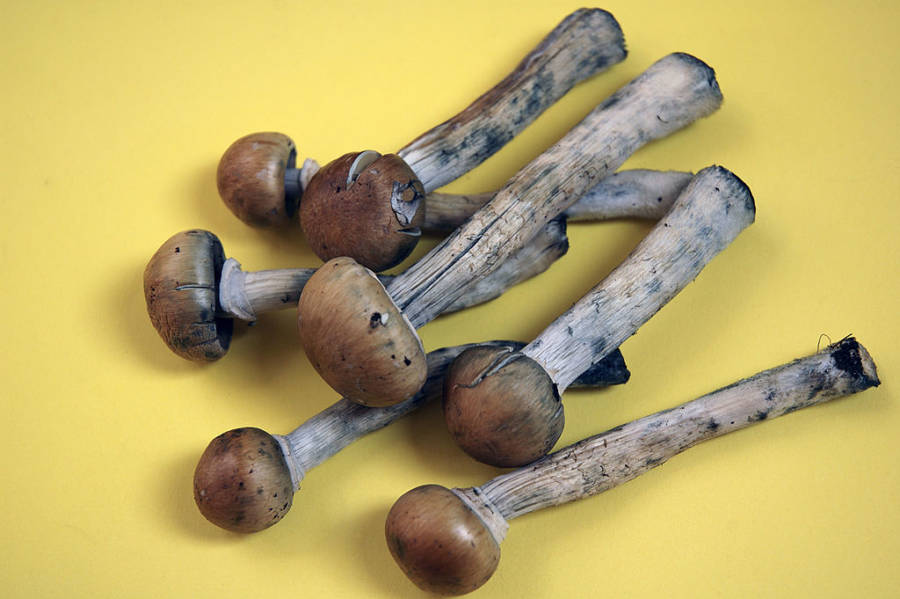 Humans have been eating magic mushrooms since prehistoric times — with rock paintings of shroom trips dating back to 9,000 years ago.

It makes sense, then, that they’re the safest of all the drugs people take recreationally. We have, after all, had a lot of practice.

Out of the 12,000 people who reported taking psilocybin hallucinogenic mushrooms to the 2017 Global Drug Survey, only 0.2% needed emergency medical care.

“Magic mushrooms are one of the safest drugs in the world,” Adam Winstock, the founder of the survey, told The Guardian. “Death from toxicity is almost unheard of with poisoning with more dangerous fungi being a much greater risk in terms of serious harms.”

In other words — you’re in bigger trouble if you eat the wrong, nonmagical kind of fungi.

Psychedelic mushrooms are not always harmless — they can cause disorientation, panic, and confusion. Those effects can typically be avoided, though, if the drugs are taken without other substances and in a safe, familiar environment with trusted friends.

Not only are mushrooms safe, but they’ve also been shown to have significant health benefits.

Another 2016 paper found that even the people who did have a difficult experience while on shrooms felt that they benefitted from the experience.

“When we look back on challenging life events we wouldn’t choose, like a bout with a major disease, a harrowing experience while rock-climbing, or a painful divorce, sometimes we feel later that the difficult experience made us notably stronger or wiser,” Roland Griffiths, the author of that separate report, said. “We might even come to value what happened.”

The Global Drug Survey aims to make drug use safer, regardless of whether or not the substance is legal. The survey’s creators feel that education and understanding play a key role in that mission.

The most recent survey — which looks at nearly 120,000 respondents in 50 countries.

32% of those surveyed were women and 68% were men. The majority were under 25 years old, and employed. 29.5% of the respondents were full-time students.

Researchers found that meth and synthetic cannabis were the two most dangerous drugs, with female meth users needing medical attention more than 40 times as frequently as those taking mushrooms.

One in 30 of the respondents who took synthetic cannabis — which is often falsely marketed as having the same effects as cannabis — sought medical treatment. Otherwise known as “spice,” synthetic cannabis has been flooding the market in Europe, with devastating effects in low-income communities.

People who want to contribute to the GDS mission are encouraged to either take the drug survey quiz, or to “make the smallest of donations – the price of joint, a pill, a line, a beer.”

“People don’t tend to abuse psychedelics, they don’t get dependent, they don’t rot every organ from head to toe, and many would cite their impact upon their life as profound and positive,” Winstock said. “But you need to know how to use them.”

Next, see how scientists proved that psychedelic drugs create an “elevated level of consciousness.” Then, read all about Devil’s Breath, which ranks among the world’s most terrifying drugs.