Archeologists long puzzled over the eight tubes but a new theory suggests that they were used to drink ceremonial beer. 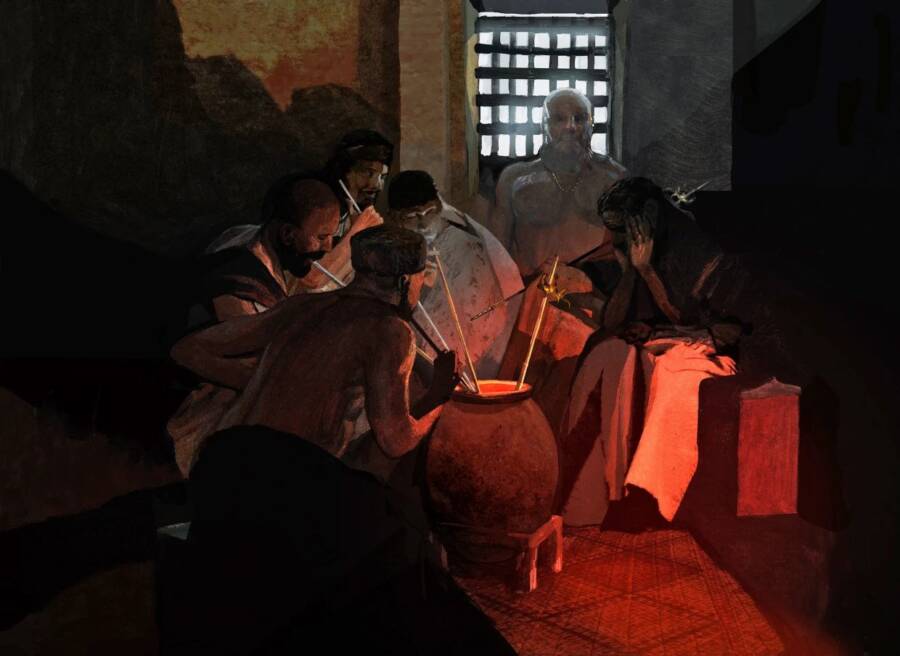 Kevin WilsonAn artist’s depiction of how the straws may have been used.

In 1897, archeologist Nikolai Veselovsky came across an elaborate Bronze Age tomb in southern Russia. Among the various riches, he found eight silver and gold tubes adorned with tiny bulls. But though Veselovsky labeled them as scepters, they might actually be straws.

That’s the theory put forward in a new study in the journal Antiquity: that the tubes found in the Maikop kurgan burial mound were used by Bronze Age elites to drink ceremonial beer.

“It never occurred to anyone,” that the tubes could be straws, explained Viktor Trifonov, an archaeologist from the Russian Academy of Science’s Institute for the History of Material Culture and the lead author of the study.

Indeed, Veselovsky and other past archeologists mused that the hollow, 3.6-foot tubes may have been scepters, part of a canopy, or simply symbolic rods. But Trifonov thinks that they were used for drinking beer. 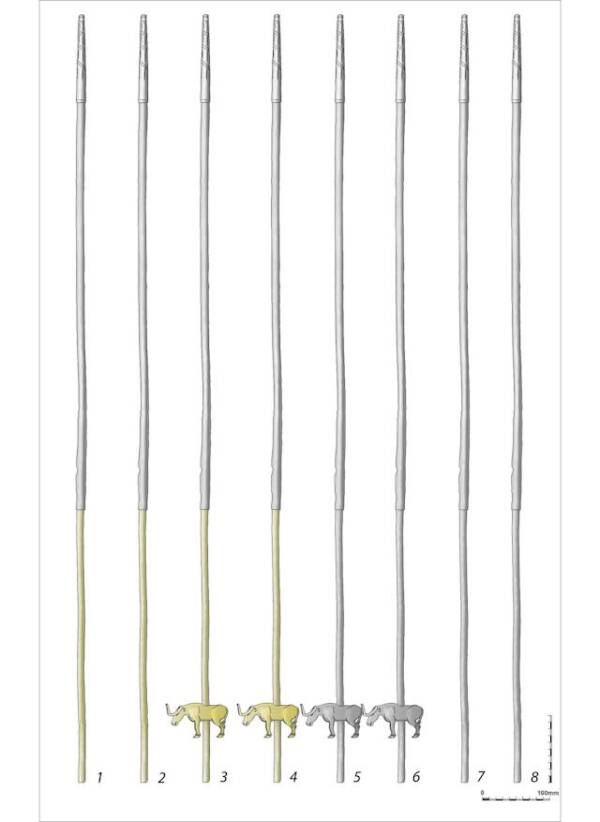 V. TrifonovA drawing of the “scepters” found in southern Russia.

He first had the idea that the scepters might be straws “about a decade ago.” When his colleagues expressed doubt, he set out to prove his theory by closely examining the tubes themselves.

Trifonov and his team analyzed the narrow slits — which resembled strainers — at the end of the tubes and found evidence of barley starch and pollen grains.

This made sense: Beer at the time had a number of impurities like husks. Straws with strainers would filter out impurities and make the beer easier for someone to drink.

“A turning point was the discovery of the barley starch granules in the residue from the inner surface of one of the straws,” explained Trifonov. “This provided direct material evidence of the tubes from the Maikop kurgan being used for drinking.”

Their theory was bolstered by the fact that a large vessel was also found in the tomb. “The volume of this vessel (32 liters) suggests that each participant’s share would be about four liters (or seven pints) per person,” Trifonov and his team explained in their study.

Archaeologist Mara Horowitz, of Purchase College in New York, who was not involved in the study, thinks that Trifonov’s theory makes sense. She points out that even the bulls on each straw could have served a purpose.

“With four bulls on straws in the jar at once … it would look like a procession of little bulls going around in a circle,” she said. “That’s really kind of adorable.” 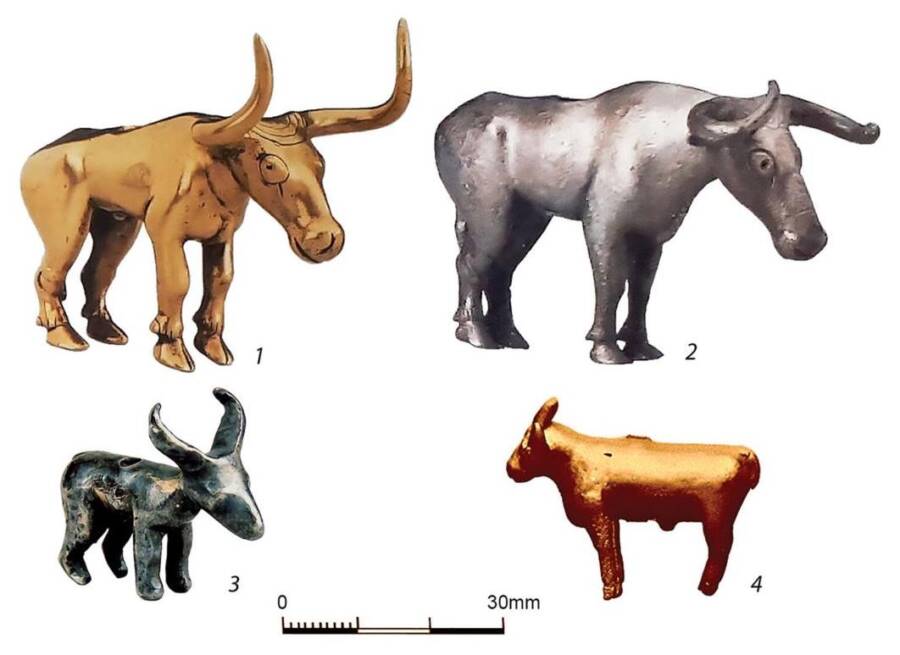 What’s especially fascinating about the scepters-as-straws theory is what it might say about Bronze Age trade. Trifonov suggests that ancient people in Russia copied beer-drinking habits from Mesopotamia since Sumerian seals from 1,000 years ago seem to depict communal beer drinking with long straws. Trifonov’s study is even titled “Party like a Sumerian.”

“The Maikop burial context indicates that high-status objects used for feasting were skilfully made and that a ‘Sumerian’ taste for luxury and spectacle drove the Maikop aristocracy,” Trifonov and his team argue.

“The drinking tubes speak of a mutual language of elite consumption within a shared cultural milieu.”

That said, the tubes found in Maikop kurgan appear to be the earliest known evidence of straws. “If the interpretation is correct, these fancy devices would be the earliest surviving drinking straws to date,” Trifonov said.

He added: “Before having done this study, I would never have believed that in the most famous elite burial of the Early Bronze Age Caucasus, the main item would be neither weapons nor jewelery, but a set of precious beer-drinking straws.”

Indeed, if the tubes are drinking straws — and not scepters — they offer a stunning illumination of life in ancient times. Not only do they speak volumes about funerary rites in Bronze Age Russia, but they also suggest that ideas and practices of the age spread far and wide.

From ancient Sumeria to Russia, beer played a pivotal role in ancient life.

After reading about the ceremonial drinking straws mistaken for scepters, look through these stunning photos of King Tut’s restored tomb. Or, discover how archeologists found the world’s oldest cheese in an Egyptian tomb.