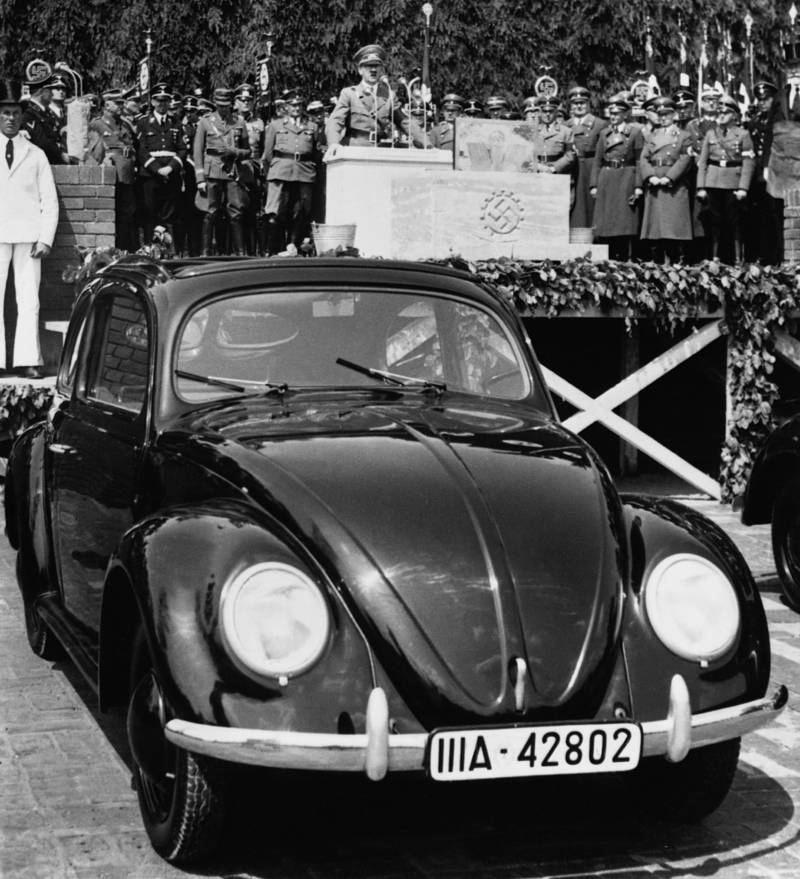 Unlike other Nazi collaborators, Volkswagen did not merely collaborate with the Nazi state, but was in fact created by it.

The precursor to the company that would be Volkswagen was a project that was carried out directly under the orders of Adolf Hitler.

In the early 1930s, the German auto industry was largely focused on creating luxury cars. As a result, only one out of every 50 Germans owned a car during this period.

In 1934, seeking to address this gap in the marketplace, Hitler decided that the Nazi government should develop a car for the common man, known as a “People’s Car.” This program was one of many in the “Strength Through Joy” initiative that sought to bring middle-class leisure activities to the German masses.

It was from this idea that Volkswagen gained its name, with “Volks-” meaning people, and referring specifically to Germanic people, and “-wagen” meaning car.

Hitler hired prominent German auto designer Ferdinand Porsche and his company, then known as “Dr. Ing. h. c. F. Porsche GmbH,” to develop this car. It was through this project that the classic Volkswagen “Beetle” shape was designed.

The company intended to sell these cars through a savings scheme subsidized by the Nazi government where citizens would put away a certain portion of their monthly earnings to afford the car.

However, only a small number of these cars were produced before Germany initiated World War II in 1939. Porsche then instead started designing and building military vehicles to aid in Nazi expansion. The most popular of these was the Volkswagen Kübelwagen, a light military vehicle used by the Wehrmacht and Waffen-SS.

After the end of the war, British Army officer and engineer Major Ivan Hirst took control of the Volkswagen factories. He then restarted production of the “People’s Car” design to supply the Allied effort in occupied Germany.

The company was then transferred to German auto executive Heinrich Nordhoff, who pushed the organization toward the heights it has reached today.

In 1998, Volkswagen agreed to set up a voluntary fund that would benefit the victims of the slave labor they used.