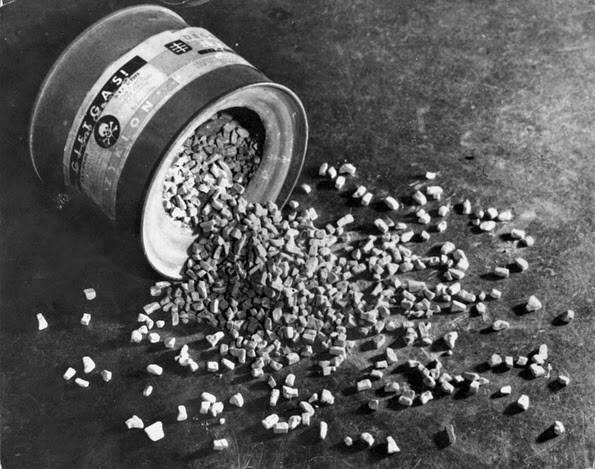 Bayer, the company most known for their popular product Aspirin, has its own horrifying history with Nazi Germany.

Bayer was created as an independent company, but by the 1930s were a part of the company IG Farben, a conglomerate formed by a number of major chemical companies in Germany. And as a German chemical corporation in the Nazi regime, IG Farben committed a long list of atrocities.

When Germany invaded Czechoslovakia, IG Farben worked closely with the Nazi government and military to capture chemical factories in the nation so they could be used by the corporation.

IG Farben was also the company that developed the Zyklon B gas that was used in Nazi death camps to kill Jews and other “undesirables.”

Furthermore, IG Farben relied on concentration camp slave labor throughout World War II and the Holocaust. They built a factory next door to the infamous Auschwitz concentration camp and would use the prisoners at the camp for slave work.

At the end of the war, IG Farben was dissolved, and the directors of the company were put on trial for war crimes.

Although 13 of the 24 company directors arraigned were convicted of war crimes, all of these Nazi collaborators received early release, and most of them were reinstated as directors of the new corporations created out of the dissolution of IG Farben.

Fritz ter Meer, who directed operations at the IG Farben plant at Auschwitz, became the president of Bayer after the war.

Bayer did eventually apologize for their role in the Holocaust — in 1995.

Enjoy this article on Nazi collaborators? Next, go more in-depth on how IBM helped the Nazis carry out the Holocaust. Then, check out the craziest Nazi weapons ever designed.