IBM technology helped the Nazis carry out the Holocaust. But to what extent can we blame the tech giant? 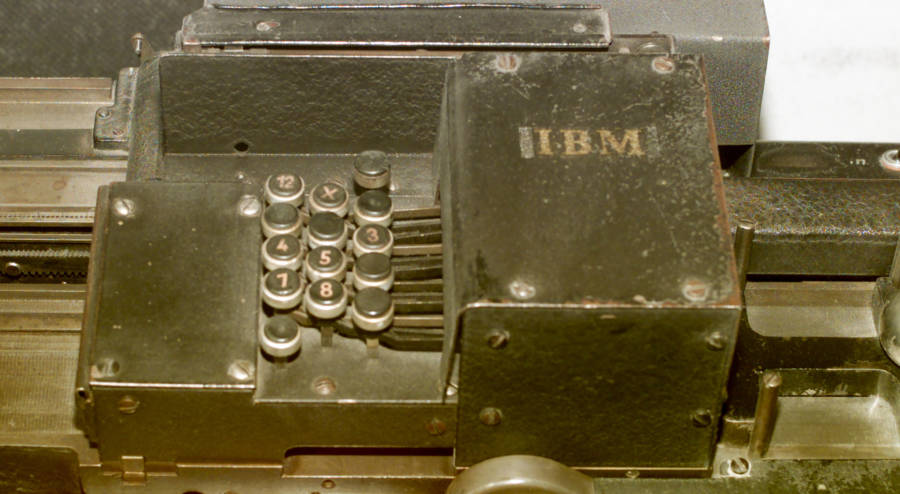 It’s a disgrace to history to ignore the power that technology has in facilitating acts of evil — and IBM’s work with the Nazis serves as a prime example of that facilitation.

Beyond questions of morality, the Holocaust presented a number of logistical hurdles to the Nazis, and IBM offered them a perfectly legal solution. Indeed, during the mid-20th century, the software company’s punched-card technology helped the Nazis carry out the genocide of millions.

First, it’s important to note that the Holocaust was at its core a highly organized and bureaucratic act, one planned to the T. Thus the Führer’s Final Solution would take place in six phases: identify those of Jewish descent; exclude them from society; confiscate their property; move them into ghettos; deport them, and exterminate them.

The first step toward achieving such a vision involved figuring out just how many people the Nazis needed to round up — in other words, conducting a census. Most advanced governments at the time used punched-card technology to do that, which is why IBM exists today.

IBM’s original incarnation was indeed born from the U.S. Census Bureau, which used a new electromechanical punched-card tabulator for its 1890 survey. This machine was the brainchild of 28-year-old American inventor Herman Hollerith, the son of a German immigrant.

Hollerith formulated the idea by watching train conductors try to catch passengers reusing someone else’s ticket. The conductors would record characteristics like height or hair color by punching a ticket in a certain way, letting the next conductor to come along know if someone attempted to pull a fast one.

The young inventor combined that idea with a mechanized card reader whose physical springs would briefly cause an electrical connection when a punched hole appeared in a card. It was a rudimentary binary system that could sort and organize cards into piles, depending on which holes had been punched through.

Hollerith’s invention was a resounding success, and the machine reading industry was off to the races. Hollerith’s own company, Tabulating Machine Company, eventually consolidated with three others to form a new outfit that would soon call itself International Business Machines, IBM, in 1926 and hold a monopoly on this revolutionary punched-card system.

By the 1930s, the new Nazi government needed that technology — and recruited IBM for the job. Tabulating machines made tracking lines of Jewish descent possible, even if a German citizen’s family had married out of the religion or converted generations ago.

This transformed the way, scale and rate at which genocide could be waged. Of course, Adolf Hitler wasn’t the first political tyrant to engage in acts of genocide, but he was the first to do so with automation on his side. And with the demographic treasure trove collected in the 1933 census (and again in 1939), the Nazi government could work out who to target with more precision than ever.

By the time the Holocaust began in earnest in 1941, the Nazis tattooed concentration camp prisoners with identification numbers so that administrators could track that prisoner’s punch card throughout the system.

IBM’s machines were perfect for this, and for tracking the train traffic coming into the concentration camps. Indeed, the Nazis soon placed tabulating machines made by IBM’s German subsidiary, Dehomag, in every train depot and every concentration camp.

And throughout this entire era, IBM used foreign subsidiaries to funnel its international profits back to the U.S. Two of those subsidiaries — Dehomag and Poland’s Watson Business Machines — played a role in millions of deaths.