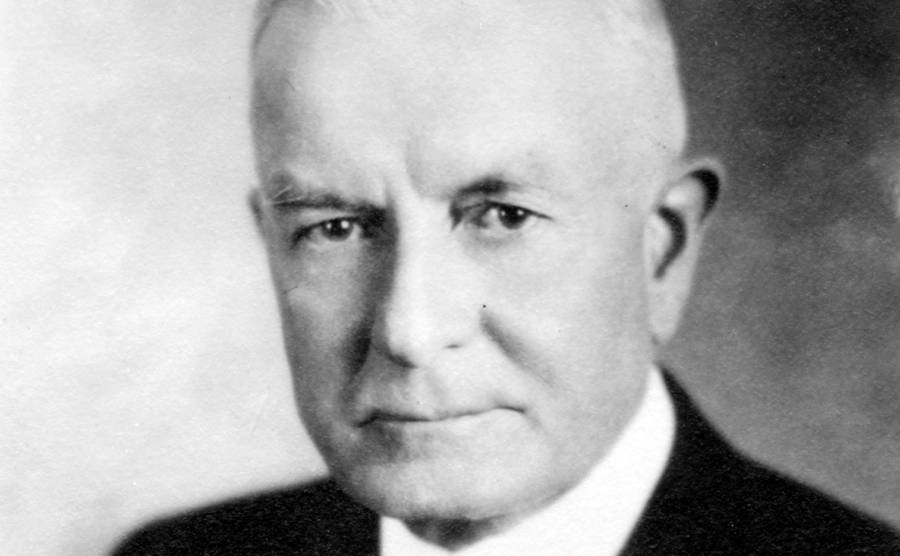 That Polish subsidiary was named after Thomas J. Watson, IBM’s chairman and CEO through its boom years in the first half of the 20th century. To this day, IBM loves Watson — so much so that the company even named its big-data, artificial intelligence computing system after him. He’s important to the company’s ethos, which is why it’s understandable that even today IBM takes offense at the idea that he would ever conspire with the Nazis, knowingly or not.

To understand the true extent to which Watson did or didn’t conspire with the Nazis, first try to imagine World War II without the aid of hindsight. In the late-1930s, many American companies — including Ford, General Motors and IBM — kept their German businesses alive through backdoor deals and Swiss bank accounts. Likewise, IBM offered its punched card technology to an array of actors, including the United States.

Things changed in 1938, when Kristallnacht — an event wherein roving gangs of white supremacists torched over 1,000 synagogues and destroyed over 7,000 Jewish businesses in Germany — transpired and marked a turning point in the war. This year likewise signaled the official cut-off for trade between IBM and German subsidiary Dehomag, though IBM retained majority ownership of Dehomag until 1940, according to Kevin Maney’s book, The Maverick and His Machine.

Germany was IBM’s second-largest market, and IBM did not want to lose that business. It would have taken courage — or pending your views, folly — to destroy a huge part of its business. That’s why in many of his late 1930s letters, Watson framed things as a business problem: How would IBM save its stake in Dehomag? And, should they lose that stake, wouldn’t it in some ways be worse to allow the Nazis to open up a competitor?

Watson’s letters from the time period help illuminate the morass in which he found himself, and why he may have been sluggish in cutting off ties with Germany.

Every decoration which I have received has been given me in recognition of my efforts toward developing world peace through world trade . . . I might add that on my trip last year, in addition to Germany, I was decorated by Sweden, Yugoslavia, Belgium, and France . . . I am an internationalist. I cooperate with all forms of government, regardless of whether I can subscribe to all of their principles or not . . . As to my feeling in regard to the Jewish race, it is well known throughout the world that I have always put forth my best efforts to assist them in every way . . . I do not feel that it is necessary for me to answer any question as to whether I am in sympathy with the movement against the Jews, because what I have been doing for the Jews is so well known and furthermore, no real American could subscribe to any principles of government that discriminate against race or religion.

Soon enough, however, public backlash incentivized Watson to break ties with the Nazis. In 1940 — after Jewish-American leaders had pulled out of IBM events, acquaintances had written strongly-worded letters, and Watson’s own son had joined the Army National Guard — he finally returned the medal.

Still, that only paints part of the picture. Just as business informed IBM’s decision to work with the Nazis, it may have also informed its decision to relinquish its holdings in Dehomag. By 1940, IBM thought that the war had made Dehomag a lost cause. As a consequence, the company considered whether it would be better off giving up its majority stake in Dehomag in hopes of preserving the entity’s health and recouping it once the war ended.

Even when the company decided to relinquish holdings in Dehomag, the question of how to get their money back remained. IBM had invested a significant amount of money into Dehomag early in the 1930s, meaning Dehomag was indebted to IBM. Until 1938, when relations officially ended, the money made on every product that Dehomag shipped out to IBM’s other European subsidiaries helped Dehomag pay off its debt to IBM.

In other words, whatever else the Nazis were doing, IBM was trying to get as much money as they could out of Germany.

In response to all this, IBM recently gave the following statement to ATI:

The company has never been silent on this issue. As with other foreign owned companies that did business in Germany at that time, IBM’s German operations came under the control of Nazi authorities prior to and during World War II. Most documents were destroyed or lost during the war.

Whatever archives IBM had from this period were donated to universities in New York and Germany several years ago for scholarly review. IBM and its employees around the world maintain that the atrocities committed by the Nazi regime are abhorrent and condemn any actions which aided their unspeakable acts.

That is one of the first statements IBM has made on the matter since the company published a pair of press releases 15 years ago in response to the 2001 release of Edwin Black’s book, IBM and the Holocaust.

Black, whose parents are both Holocaust survivors, has investigated IBM and its role in the Holocaust since he laid eyes on a Dehomag machine while visiting a Holocaust museum in 1993. To this day, he is a strong critic of IBM’s involvement in the Holocaust. And in 2012, he issued a second edition of his book containing newly-discovered documentation.