When fishermen found Manfred Fritz Bajorat inside his yacht as it was drifting in the Philippine Sea in 2016, his body was completely mummified right in the very spot where he died. 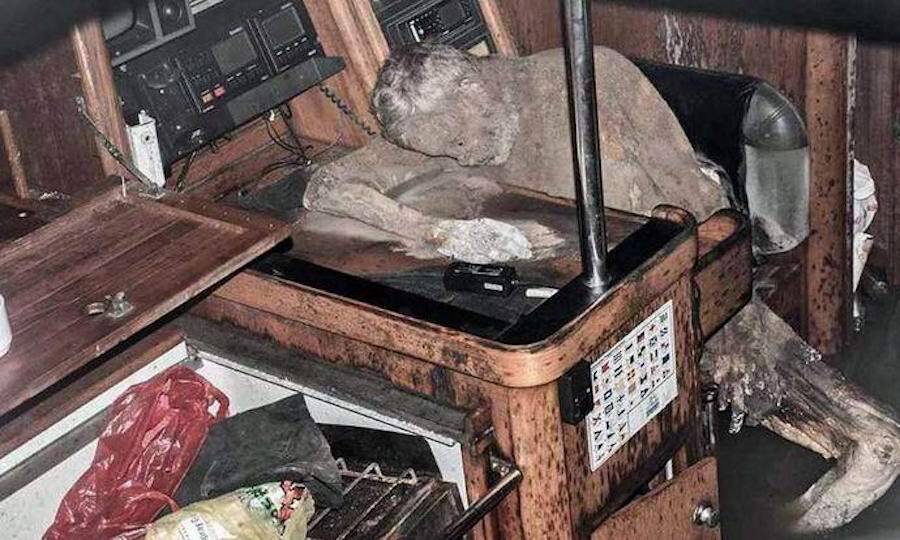 Barobo Police StationManfred Fritz Bajorat died of a heart attack and was preserved aboard his ship by the dry, salty ocean winds.

On Feb. 26, 2016, a group of fishermen off the coast of the Philippine island of Mindanao saw a boat suspiciously drifting at sea. The yacht was visibly battered and clearly on its last legs. It had emerged like a ghost ship with a broken mast.

And when they boarded the vessel and descended into its bowels, the fishermen discovered far more chilling than they would have ever imagined: the mummified corpse of a German sailor named Manfred Fritz Bajorat.

Authorities only identified the man thanks to documents strewn about his cabin. An autopsy revealed the 59-year-old had died of a heart attack, and that his 40-foot sailboat had drifted at sea for weeks while the salty ocean air preserved his body in macabre fashion.

The mysterious incident made global headlines and spread far and wide across the internet. People from around the world all had the same question: How did Manfred Fritz Bajorat wind up drifting through the Philippine Sea alone? Before answers finally arrived, there was only an ominous note that Bajorat left behind:

“Thirty years we’ve been together on the same path. Then the power of the demons was stronger than the will to live. You’re gone. May your soul find its peace. Your Manfred.”

As the authorities would soon discover, the story of Manfred Fritz Bajorat was somehow even more chilling than his mummified corpse would suggest.

The Discovery Of Manfred Fritz Bajorat

With clear skies and calm seas, the weather proved perfect for fishing on the day that Manfred Fritz Bajorat was found. That’s exactly what 23-year-old Christopher Rivas had intended that Friday, before things took a chilling turn. A resident of P-4 Poblacion in the town of Barobo, he and his friend were fishing about 40 miles out when they spotted the ship.

The yacht was painted white and christened “Sayo.” It was clear from a distance that it was in dire straits, with its broken mast and partially sunken hull. After encountering Bajorat’s naked corpse inside, Rivas alerted police — who waited to investigate foul play until the autopsy results came back.

“The cause of death is acute myocardial infarction based on the autopsy by regional crime laboratory,” said national police spokesman Chief Superintendent Wilben Mayor. “The German national is estimated to have been dead for more or less seven days.” 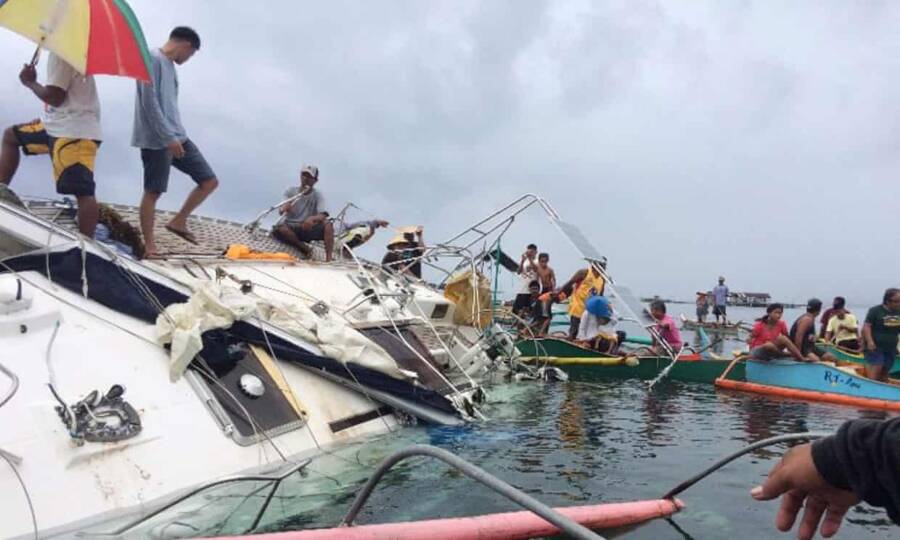 Barobo Police StationChristened “Sayo,” the 40-foot yacht was spotted with a broken mast and partially underwater in February 2016.

“The air, heat, and saltiness of the sea are all very conducive to mummification,” said Peter Vanezis, forensic pathology professor at Barts and The London School of Medicine and Dentistry. “It starts within two to three weeks. The fingers and other extremities … dry quickly, and in a month or two they are well gone.”

The ship itself contained a trove of family photos depicting an overjoyed Bajorat with his wife and daughter. From snapshots at Notre Dame and cafes in Paris to photos of picnics, the albums suggested a wholesome family unit. A photo of Bajorat holding a baby was captioned: “Our first time with our little Button on the sea.”

When the German embassy on Mindanao Island tried to contact his family, they discovered that his ex-wife had died of cancer in 2010. After flying his daughter Nina out to identify the body, authorities learned that Bajorat had been sailing the seas alone for years — perhaps reacting to the dissolution of his family.

Manfred Fritz Bajorat was such an experienced sailor that he tallied over half a million nautical miles at sea. Initially accompanied by his wife, the couple divorced in 2008. After his former spouse died two years later and his grown daughter took a job working as captain of a freight vessel, Bajorat made the ocean his permanent home.

He began aboard the Hyundai Renaissance freighter on Aug. 1, 2008, traveling across the equator from Singapore to Durban, South Africa. After accomplishing that milestone for obsessive mariners, Bajorat sailed to the Spanish island of Mallorca — where he apparently made an impression on a fellow sailor. 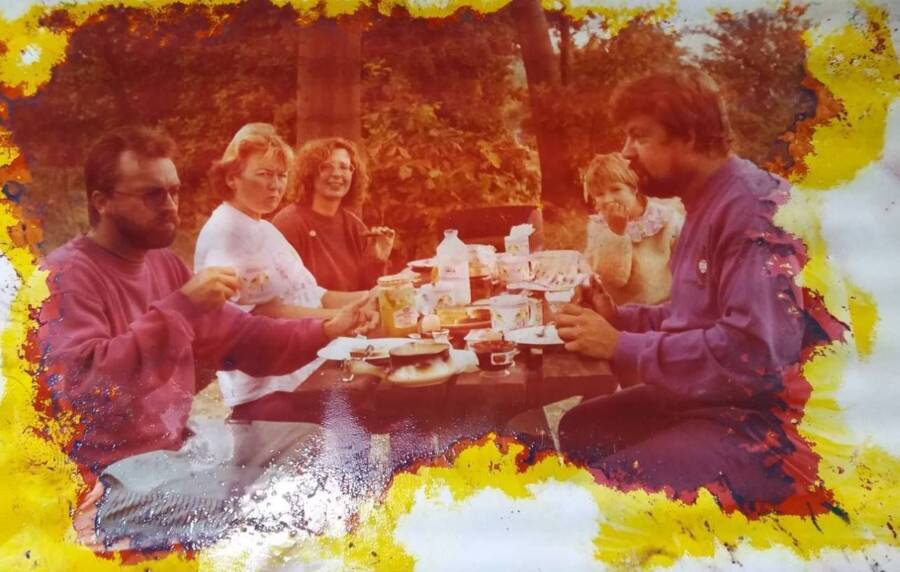 Barbados Police StationOne of the many photos found on Bajorat’s sailboat. He’s seen here on the right, with his daughter Nina to the left of him.

“He was a very experienced sailor,” the Mallorcan named Dieter told news outlets. “I don’t believe he would have sailed into a storm. I believe the mast broke after Manfred was already dead.”

A document aboard Bajorat’s ship revealed the Sayo was cleared by maritime police in 2013, in either Sao Vicente, Brazil or Sao Vicente, Cape Verde. It was then that he began his lonesome seafaring adventures in earnest, regularly posting updates on his Facebook page and responding to birthday messages.

Some reports claimed that Bajorat hadn’t been seen by anyone in person since 2009. Ultimately, it appeared he wanted it that way. No fan of his fatherland’s winter climates, he spent the last two decades of his life on course for more hospitable weather. In the end, all he left behind were photographs — and a note to the woman he loved.

After learning about Manfred Fritz Bajorat, take a look at 55 scary pictures from the darkest corners of history. Then, learn about Anatoly Moskvin, the Russian who mummified and collected corpses.