When rangers arrived at the scene, all that was left behind was a mangled body and the man's cell phone, which they are now using to find his accomplices. 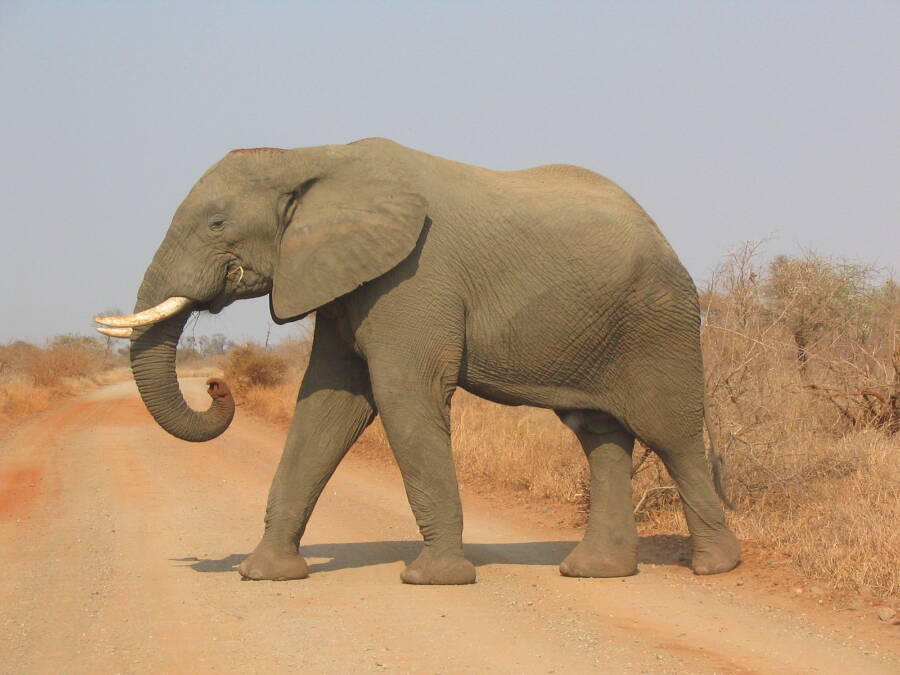 Last Thursday, Kruger National Park rangers in South Africa received an alarming call: there was a dead body on the expansive game preserve. Rangers quickly found the mangled corpse and identified the deceased as a suspected poacher — who had been trampled to death by an elephant.

According to South African news site News24, following the call, park rangers followed man-made tracks during an “intelligence driven operation” to the Stolsnek area of the preserve. Here, they found the maimed remains of an unidentified poacher whom rangers now believe was abandoned by his accomplices.

“Nothing was found except that body,” said park spokesperson Isaac Phaahla, though he later added that rangers also recovered the man’s cell phone, which survived remarkably unscathed. The phone has since been handed over to police, who are using it to find the man’s accomplices.

“We believe that he was trampled by elephants due to the nature of the injuries he sustained,” Phaahla said. “We had a similar incident last year where a man, a suspected poacher, was eaten by lions and only his skull was found.” 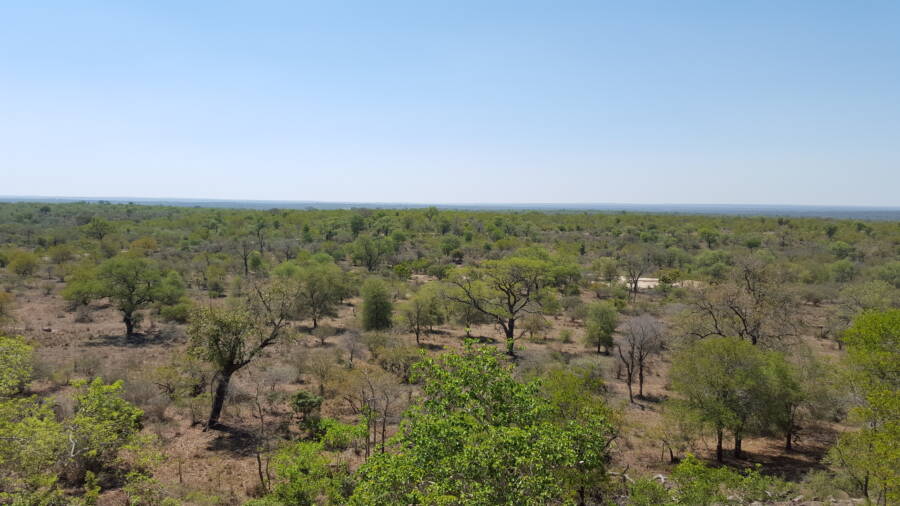 Phaahla explained that the inciting phone call was made to the park’s emergency number. The person who made the call didn’t provide authorities with an exact location of the body but did leave them with a series of clues. Rangers located the victim in one of the park’s restricted areas, thus linking him to poaching.

Police have not released the identity of the suspected poacher, who was said to have sustained horrific injuries during the elephant attack. However, they are on the quest to find his peers. Phaahla believes that the emergency call was made by one of the man’s accomplices who abandoned him after the attack but wanted his body to be recovered.

“Initial investigations suspect that the deceased was killed by an elephant and left behind by his accomplices,” said Kruger National Park in a statement.

Rangers did not recover any weapons from the scene, making it likely that the poacher’s peers collected the evidence before fleeing the area. Luckily for the wildlife at the park, rangers also didn’t find any evidence that the poachers were successful in their hunt prior to the attack. 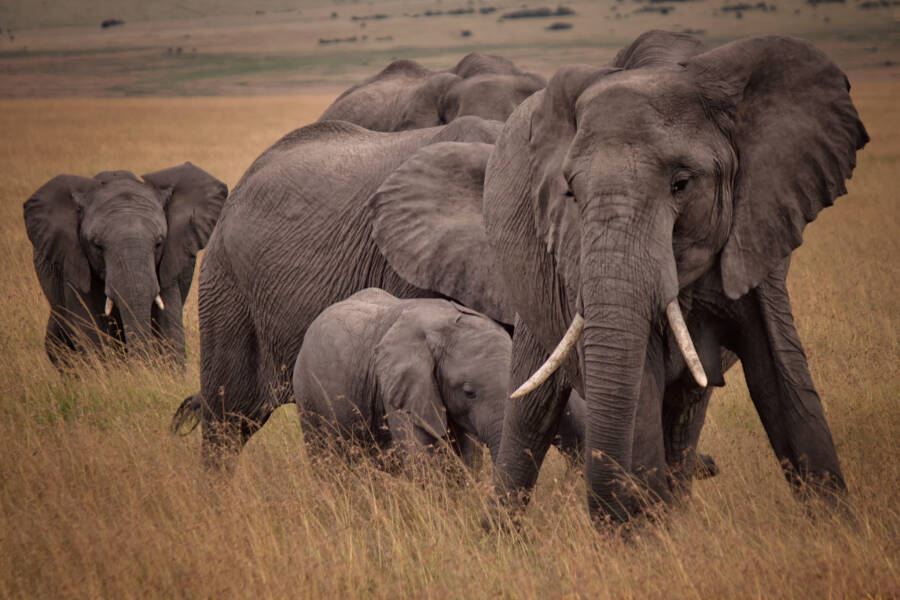 Ray in Manila/FlickrIn Mozambique, more than half of all female African elephants are now being born without tusks — in an evolutionary response to their rampant poaching.

“No animal was killed in the immediate vicinity,” said Phaahla. “KNP Management continues to warn poachers that it is dangerous to hunt illegally in the KNP. Criminals stand to lose their lives and freedom.”

Despite the dangers and anti-poaching efforts by park rangers, poaching across Kruger National Park remains a problem. According to Latin Times, the number of poachers arrested there has risen by nearly 30 percent between July and September of this year — while the number of rhinoceroses has plummeted by 70 percent in the past decade to under 4,000.

“The campaign against poaching is the responsibility of us all,” said Gareth Coleman, managing executive of the park. “It threatens many livelihoods, destroys families and takes much-needed resources to fight crime which could be used for creating jobs and development.”

According to ABC News, the park covers nearly five million acres of land. This has made anti-poaching enforcement difficult. Located west of the Lebombo Mountains at South Africa’s border with Mozambique, the preserve hosts a stunning range of plant and animal life, some of which is endangered. Tragically, black-market profiteers remain indifferent. 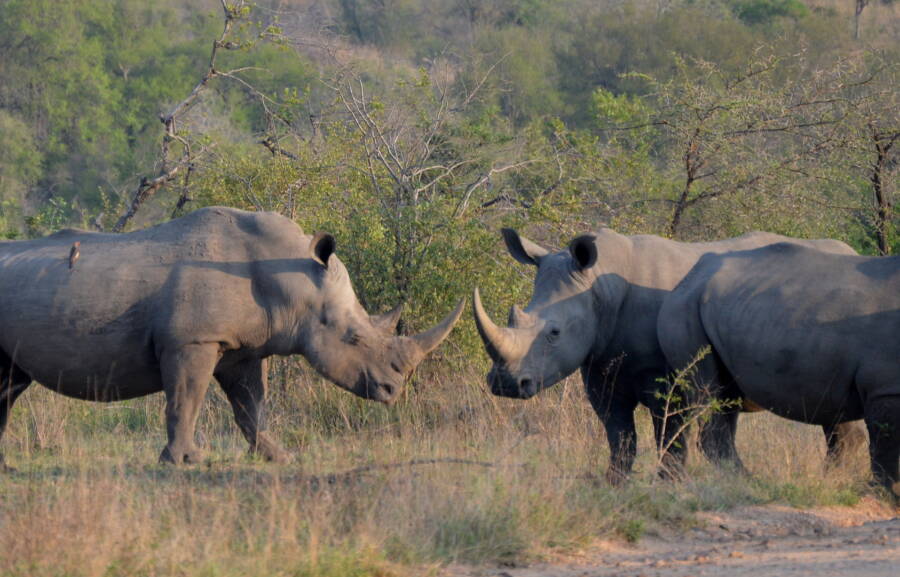 Allan Watt/FlickrOver the last decade, the number of rhinoceroses in Kruger National Park has plummeted by 70 percent to under 4,000.

Meanwhile, preserves in Mozambique are experiencing visible consequences of the ruthless ivory trade. According to USA Today, female African elephants in Gorongosa National Park are now being born without their tusks — in a presumed evolutionary response to decades of brutal poaching.

While scientists believe this was the result of massive elephant killings during Mozambique’s civil war, the issue has only grown over time. In the 1970s, 18.5 percent of female elephants born in Gorongosa were born tuskless. That number has skyrocketed to 51 percent today.

As it stands, researchers have found that this new breed is five times more likely to survive than their traditional peers — as poachers are disinterested in anything but their ivory. As for Kruger National Park, officials have recently deployed additional detection technologies, patrols, and dogs to find poachers.

Hopefully, either the threat of severe fines, harsh jail time, or finding oneself on the lower rungs of the food chain will deter future poachers from trespassing.

After reading about the poacher trampled to death by an elephant, learn about the pride of lions that ate a group of poachers alive. Then, take a look at 15 times where animals got their revenge on poachers.