The children, ages 15, 10, and seven, had been left alone in their Houston apartment for an "extended period of time." 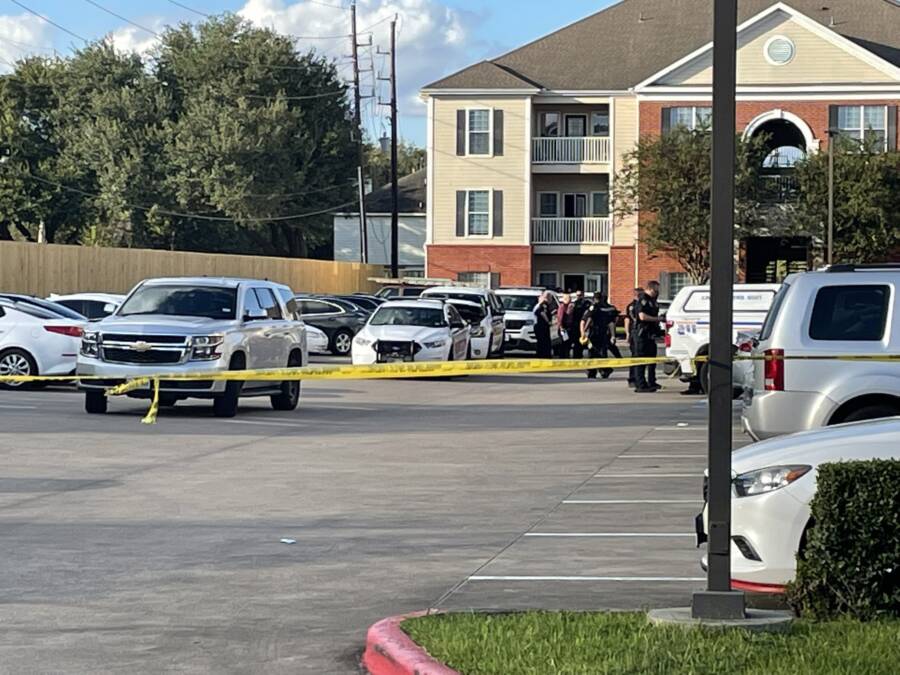 KHOU/TwitterPolice say the oldest child was taking care of the others.

For months, perhaps longer, a nondescript Houston apartment building hid a nightmare. Within its stucco yellow walls, four young siblings had been abandoned — and one had died.

“A very horrific situation out here, very tragic,”said Harris County Sheriff Ed Gonzalez during a press conference. “I’ve been in this business a long time and I’ve never heard of a scenario like this. It caught me by surprise.”

Police first learned about the siblings when the eldest, age 15, called the Harris County sheriff’s office. He said that his brother, age nine, had been dead for about a year in the room next to his. When police responded, they found the boy’s uncovered, dead body, as well as three unsupervised male minors.

“Three juveniles were left abandoned,” Gonzalez explained. “They range in age from 15, 10, and seven… we also have the skeletal remains of what appears to be a juvenile.”

The sheriff added: “It appears that the remains had been there for an extended period of time. And I emphasize extended.”

The other children, said Gonzalez, had been living in “appalling conditions” for “quite a long time.” The two youngest siblings appeared malnourished and had physical injuries, which he did not explain in detail. All three were taken to the hospital and later placed in the custody of Child Protective Services.

“They were in there while the body was deteriorating,” Gonzalez said, and the three living siblings “were fending for each other… The 15-year-old was taking care of the others.”

Calling the situation “horrific,” “troubling,” and “heartbreaking,” Gonzalez said that the police would conduct a “thorough” investigation and make sure that “the kids were ok.”

He said, “In our experience, it’s always best to not speculate and just let the investigation take its course, but a very disturbing set of circumstances, so we definitely want some answers for these children.”

The investigation is still in its early stages, though homicide investigators managed to track down the children’s mother and her boyfriend, whom they questioned and released.

According to KHOU reporter Michelle Choi, “the children’s mother and others would occasionally bring them food — but officials say it appears, for the most part, the children were left to fend for themselves.” The 15-year-old also told police that their parents had not lived with them for several months.

Neighbors of the children reacted with shock and disbelief. For weeks and weeks, they’d been oblivious to the horrors unfolding next door.

“How come they couldn’t detect this?” demanded one neighbor, Dianne Davis. She noted that the apartment complex management conducted mandatory building checks and that the most recent one had happened only a week before. “How could that not have been found?”

Another neighbor, Kyla Williams, said that she had two children of her own, and she didn’t plan on telling them what had happened just a few doors away. “I don’t need to put this in their heads,” she said. “This is crazy.”

And one neighbor who wished to remain anonymous wondered if it was “time to move.” They said, “I just hope it’s not one of the kids that my kids play with.”

For now, authorities have several questions they want answered — especially how the nine-year-old child died. “I’m told the next part investigators are waiting on in this ongoing investigation is the cause of death from the Medical Examiners office,” reported Choi, “explaining HOW this little boy died.”

Gonzalez said that the police will “get to the bottom of what happened,” adding, “Our hearts are breaking for these three.”

The biggest looming question seems to be how an adult could rationalize abandoning their children.

“These children can’t take care of themselves,” said Davis, the neighbor. “This is like something you see on TV, in the movies. This is like fiction.”

After reading about the siblings abandoned in Texas, learn about Takahiro Shiraishi, who kept his murder victims in his apartment. Or, discover the gruesome story of Mitchelle Blair, who killed her children and kept their bodies in her freezer.