Inside The Disturbing True Story Of Serial Rapist Marc O’Leary

Starting in 2008, Marc O'Leary stalked and raped at least six women in Colorado and Washington — and police refused to believe his first victim.

A monstrous sexual predator, Marc O’Leary raped five women across two states over a three-year period — with a sixth victim narrowly escaping by leaping from her bedroom window. O’Leary was caught thanks to dogged work by two female detectives from different Colorado police forces combining their investigations. 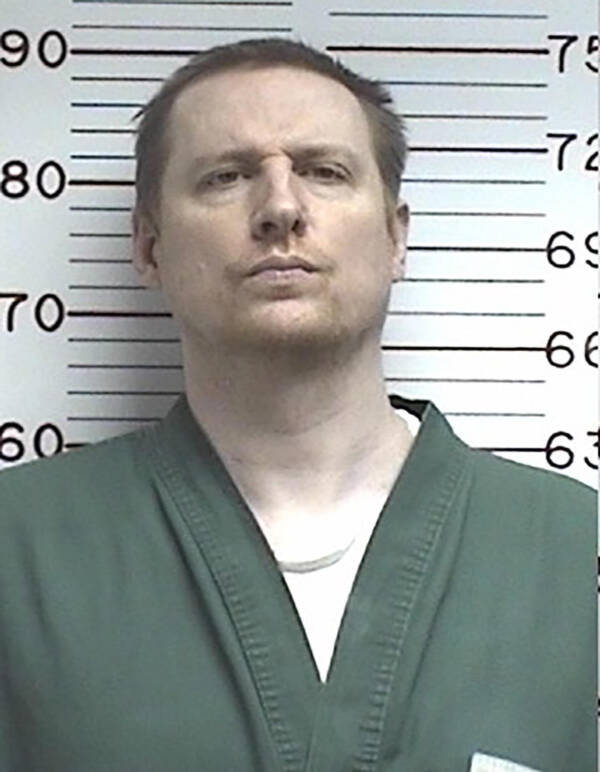 The case of O’Leary exposed systemic failures from the very beginning, with detectives in Washington state flat-out refusing to believe the first victim.

Still, eventually caught in Colorado in 2011 and sentenced to 327½ years, O’Leary’s devastating trail of rapes led to a groundbreaking investigative article, a book, and the subsequent Netflix series, Unbelievable.

This is the shocking true story of Marc O’Leary and his eventual capture.

The Monster Inside Marc O’Leary

Marc O’Leary was born in Colorado in 1978, and knew the very moment the predator inside him awakened, according to the 2015 Propublica investigative article.

At the age of 5, his parents took him to see Return Of The Jedi, and while other children sat mesmerized, O’Leary inhabited his own warped galaxy far, far away. Seeing Princess Leia in a metal bikini chained to Jabba the Hutt caused an overwhelming desire in the 5-year-old to dominate and enslave women.

O’Leary knew these thoughts were abnormal as he grew up in a normal home outside Denver. Internalizing his sinister thoughts, O’Leary indulged them first by breaking into homes as a voyeur. Initially aimless following his high school graduation, O’Leary surprised his parents by joining the U.S. Army.

Deployed to a base in South Korea, O’Leary learned skills he would use in the future for his own twisted purposes as a serial rapist. In March 2004, O’Leary married a Russian girl he met near base, but kept his obsessive recurring thoughts of sexual sadism to himself. 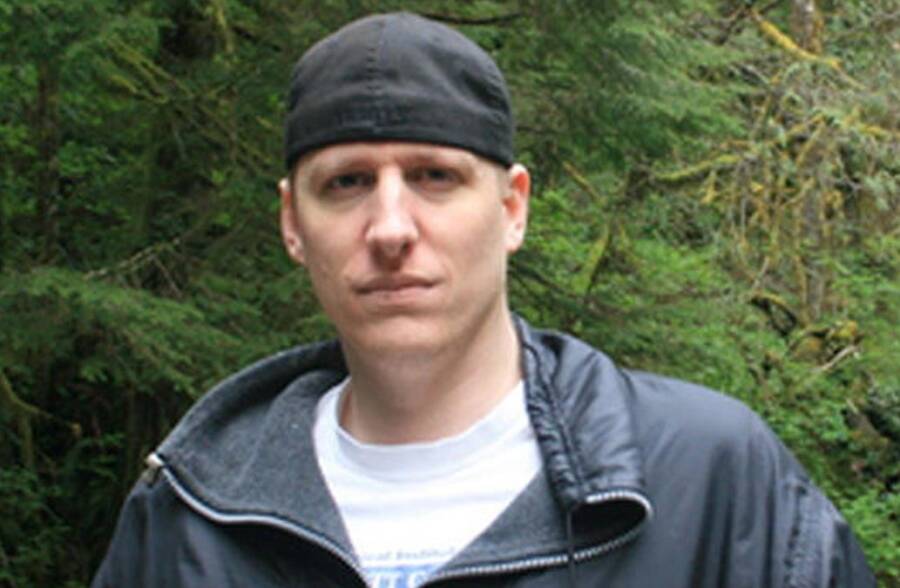 Police file photoAn undated photo of Marc O’Leary. He is currently serving a more than 300-year sentence for the string of brutal rapes he committed.

Back in the U.S. O’Leary raped his first victim, an 18-year-old former foster child known only as Marie, in Lynnwood, Washington. On Aug. 11, 2008, O’Leary slipped in through an unlocked sliding door at Marie’s home at around 7 a.m.

Already aware of her apartment’s layout, having broken in through the same door twice before, O’Leary took the laces from her shoes and a kitchen knife, then bound Marie’s wrists, blindfolded her, and gagged her with a cloth. Before raping the terrified woman, O’Leary let her know he had waited outside listening to her phone conversation for hours, and cruelly tut-tutted her for leaving her door unlocked. Afterward, he placed Marie’s identification on her chest and snapped photos of her.

And O’Leary would soon strike again, using the same M.O. — this time a 63-year-old woman in Kirkland.

Tragically, Lynnwood detectives didn’t believe Marie, due to inconsistencies in her story that in actuality were brought on by the trauma of her rape. Intimidating her into signing a statement saying she had made it all up, they even went so far as to charged\ her with false reporting. With Marie’s file and the investigation closed, the two rapes were not linked, so O’Leary never became a person of interest.

Moving back to Colorado, O’Leary’s marriage disrupted his deviant pursuits — so in 2009, he got a divorce. Alone now, O’Leary meticulously prepared with lengthy surveillance through windows and what he called “precombat inspections” inside homes, making sure there weren’t any weapons within his victims’ reach.

Across Denver’s suburbs over a 15-month period, O’Leary raped three women and attempted to rape a fourth. He snapped hundreds of photos of his victims for his personal amusement, with their ordeals lasting hours.

Knowing that the army had his DNA on file, Marc O’Leary always wore gloves, and made his victims shower for 20 minuteswhile he gathered their clothing and bed linen to take with him. With behavior described by some victims as almost gentlemanly, according to the book Unbelievable, O’Leary also pointed out how he had entered their homes.

“I guess you won’t leave your windows open in the future,” he was fond of saying.

When one victim bravely told him he should get help, O’Leary had an honest reply: “It’s too late for that.”

Two female detectives, Stacy Galbraith and Edna Hendershot, from different Colorado police forces, collaborated and eventually connected the attacks to a single depraved rapist. In the predawn hours before the January 2011 rape, a white Mazda pickup was viewed on surveillance video circling the victim’s apartment complex, though its license plate was unreadable.

However, Galbraith and Hendershot were able to match shoeprints and honeycombed glove patterns from two crime scenes. The rapist had also left behind tiny traces of touch DNA — a few skin cells that narrowed suspects to males belonging to the same paternal family line. However, it was not quite enough to identify a single individual. 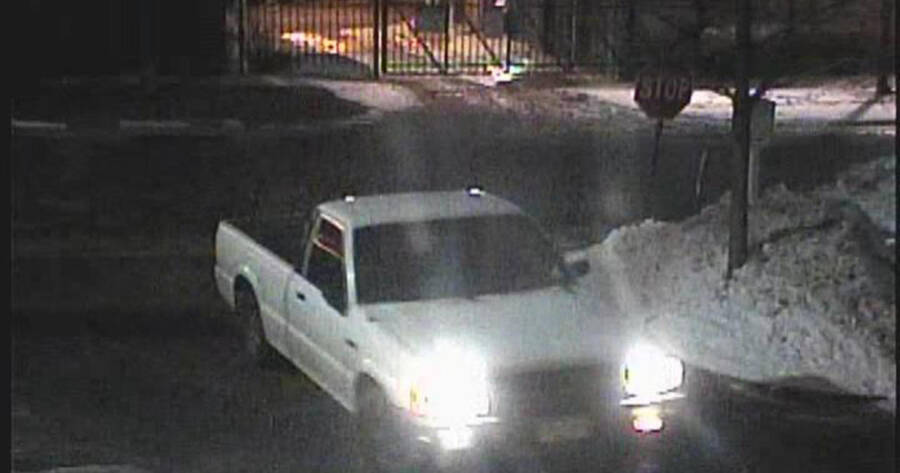 Then, a suspicious vehicle incident report came in: an empty 1993 white Mazda pickup parked half a block from one of the victim’s homes — and registered to one Marc Patrick O’Leary.

A Lakewood patrol car had also captured O’Leary’s white Mazda in the driveway of his house through its automated camera system. O’Leary was seen in the frame, just two hours after the August 2010 rape. Significantly, his description was a solid match to those provided by the victims. Detectives compared his Mazda against the vehicle from the January 2011 surveillance tape, and three distinct similarities confirmed it was the same vehicle.

Entering O’Leary’s house with a search warrant, Galbraith found a veritable mountain of evidence ranging from stolen property to tools of the rapist’s trade reported by victims. Then, the team gained access to O’Leary’s hard drive and found a folder called simply, “Girls” — which was chock full of the horrifying photos he’d snapped of his victims. 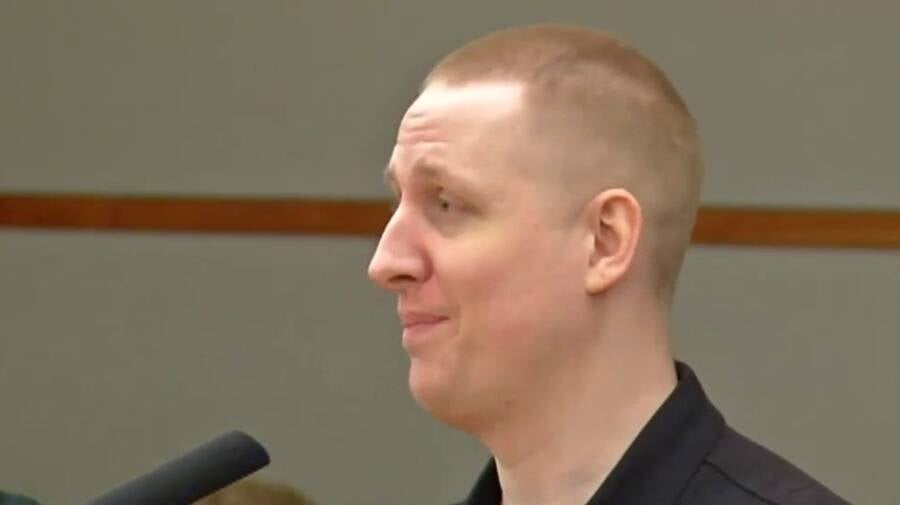 Claiming he wanted to spare his victims the ordeal of a drawn-oit trial, Marc O’Leary simply pleaded guilty to 28 counts of rape and associated felonies in Colorado. And on Dec. 9, 2011, O’Leary was sentenced to 327½ years in prison for his Colorado rapes, as reported by The Denver Post.

After sentencing, from the Colorado Sterling Correctional Facility, O’Leary unburdened himself to investigators. And soon enough, Detective Galbraith, working from Colorado, linked the Washington rapes to O’Leary — and soon, he pleaded guilty to those as well, and was sentenced to another 68½ years.

Internal and external reviews of Lynnwood police’s handling of Marie’s rape case, admitted it was a “major failing,” noting that Marie had been “victimized twice.” Eventually suing and settling with the Lynnwood Police, today she is married with two children and works as a long-distance truck driver.

After learning about Marc O’Leary, learn about the girl who brought down serial killer Bobby Joe Long. Then, read the unbelievable crimes of America’s 11 worst serial killers.