The Hellenistic fortress was destroyed by a Jewish Hasmonean army in their war to retake the region from the Seleucid Empire, which had outlawed Judaism. 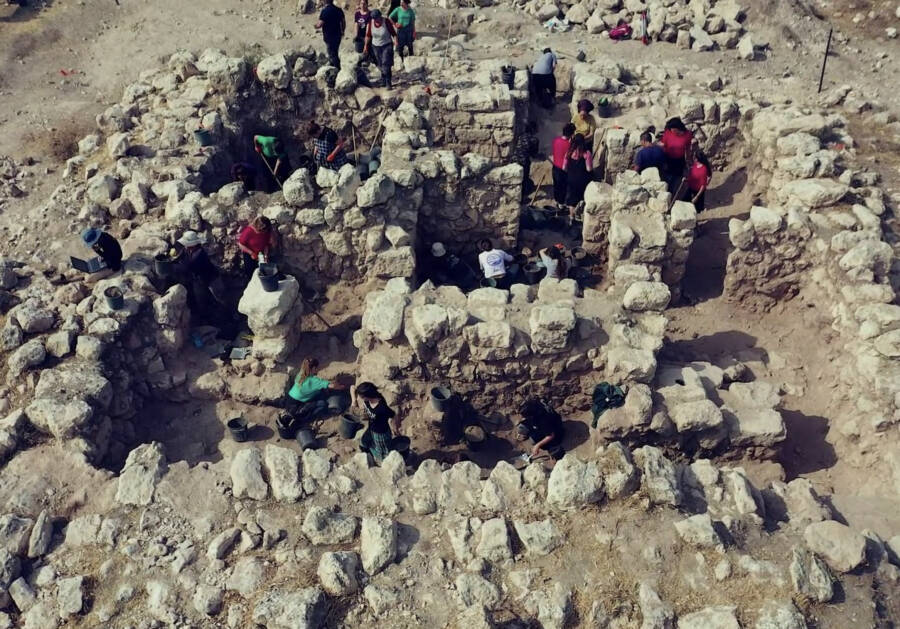 Israel Antiquities AuthorityConstruction of the fortress was dated to 122 B.C.

Archaeologists just excavated a 2,100-year-old Greek fortress in Israel’s Lachish Forest — and they say it confirms aspects of the origin story of Hanukkah.

Built by the Hellenistic Seleucid Empire in the second century B.C. to protect the Greek-controlled city of Maresha, the fortress failed to stop a Jewish revolt by the Hasmoneans. Hanukkah commemorates their ultimate victory over the Greek Seleucids and their Hellenistic rule.

“The excavation site provides tangible evidence of the Hanukkah stories,” the excavation directors said in a statement.

“It appears that we have discovered a building that was part of a fortified line erected by the Hellenistic army commanders to protect the large Hellenistic city of Maresha from a Hasmonean offensive. However, the finds from the site show that the Seleucid defenses were unsuccessful; the excavated building was badly burnt and devastated by the Hasmoneans.” 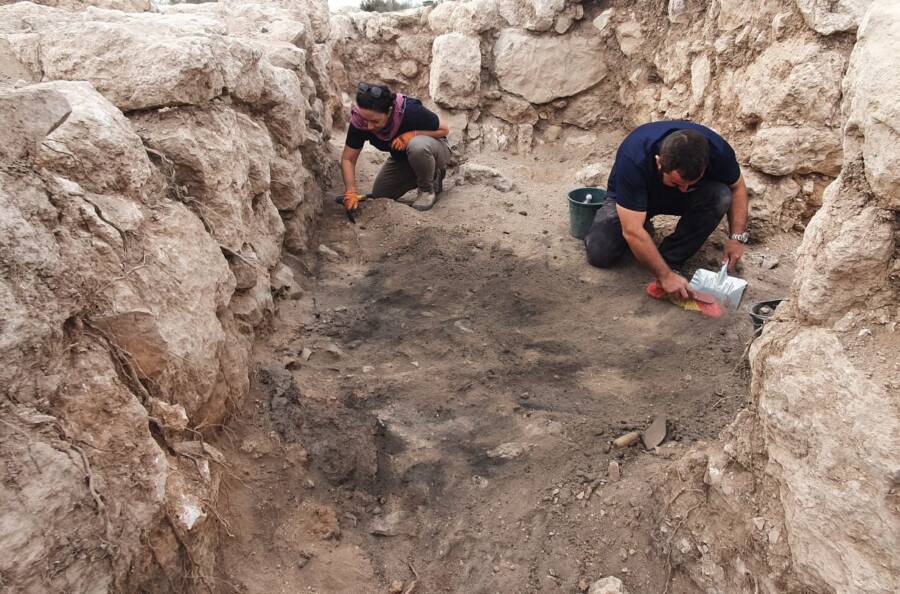 The Hasmonean Dynasty was founded by Jewish warriors called the Maccabees. According to the ancient Book of the Maccabees, Hanukkah was born during their revolt against the Seleucids as they took Jerusalem’s temple and lit its menorah with a day’s worth of oil that miraculously burned for eight days, instead.

“The stories of the Maccabees are coming to life before our eyes, and this is the most fascinating part of the Israel Antiquity Authority’s work, when dedicated, hardworking archaeologists breathe life into the historical annals of the people who passed through this land,” said IAA director Eli Eskozido.

According to Heritage Daily, the Hasmoneans had ruled Judea and neighboring regions during the period of classical antiquity. They took the title of “basileus” (or “king”), with some scholars positing theirs was an independent kingdom of Israel.

But strife began when Greek king Antiochus IV of the Seleucid Empire launched anti-Jewish decrees, and the Hasmoneans expanded southward in response. As for the fiery fortress attack, experts believe it was launched by Hasmonean leader John Hyrcanus towards the end of the second century B.C. 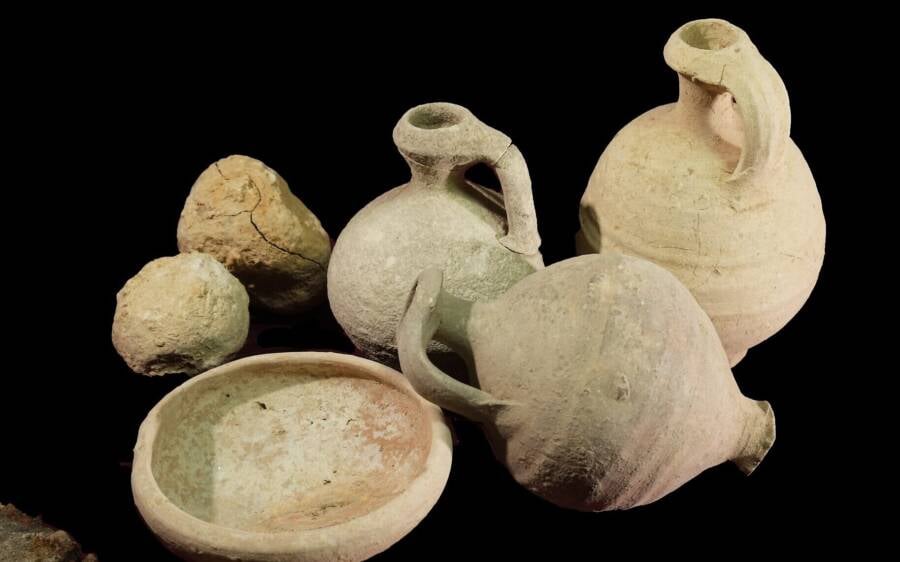 “Based on the finds and coins, the building’s destruction can be attributed to the Hasmonean leader John Hyrcanus’ conquest of the region of Idumea in around 112 BCE,” the IAA told The Times of Israel.

Unearthed atop a hill that once overlooked Maresha’s main road along the Nahal Lachish stream, the fort’s foundation measured 50 feet square. Its walls were 10 feet thick, 16 feet tall, and comprised of large stones arranged in a slope to prevent them from being climbed.

It was once divided into seven rooms and had a stairwell to a second floor, which was not preserved. That upper part was constructed with thousands of stones that archaeologists had to remove to get to the bottom of things. It was there, in the “destruction layer,” where the ancient artifacts lay.

Buried within the 1.6-foot layer were hundreds of items ranging from ancient weaponry to wooden beams bearing evidence of fire. Excavation director Ahinoam Montagu said that the roof likely collapsed before the walls and that the rest of the building likely then collapsed onto the roof. 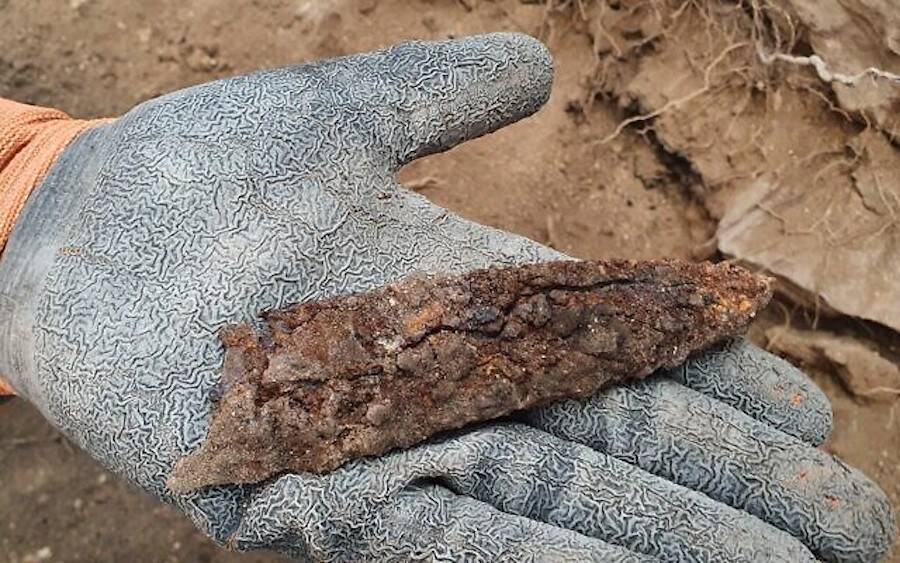 Israel Antiquities AuthorityOne of the iron weapons recovered from the site.

“We know the stories of the Jews against the Greeks and this is just the proof of that happening,” said Montagu.

As part of a UNESCO World Heritage Site, the Maresha remnants are continuing to be analyzed and protected. The research team explained that this latest excavation is an overwhelming opportunity to explore ancient, religious history — and that the site will eventually open to the public.

And for IAA director Eli Eskozido, the excavation couldn’t have come at a more prescient time.

“In a few days, we will be celebrating Hanukkah,” he said, “whose central theme is the Hasmoneans’ defeat of the Hellenists, leading to the establishment of the first independent sovereign Jewish entity.”