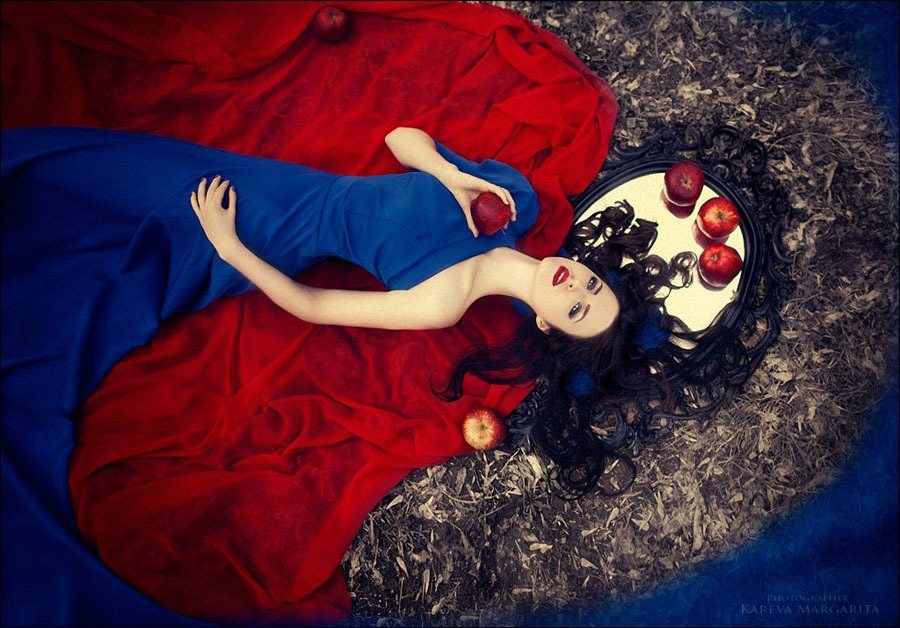 Everyone recognizes the classic beauty of Snow White, one of the most adored fairytale princesses of all time. Source: Facebook

Russian photographer Margarita Kareva is both the subject and author of a fairy tale. Just three short years into her photography career and she has already carved out a niche – as well as an ever-expanding fan base – in the world of fantasy photography.

Specializing in images that beautifully transform her female subjects into princesses and witches alike, there is a definitive fairytale feel in each portrait. Some are based on specific, well-known stories, but all are inspired by her love of fantasy books.

Combining real props and costumes with digital manipulations and other surreal elements, Margarita Kareva captures the wonder and imagination children feel growing up with magical characters and locations, bewitching us with her technical and creative capacities. 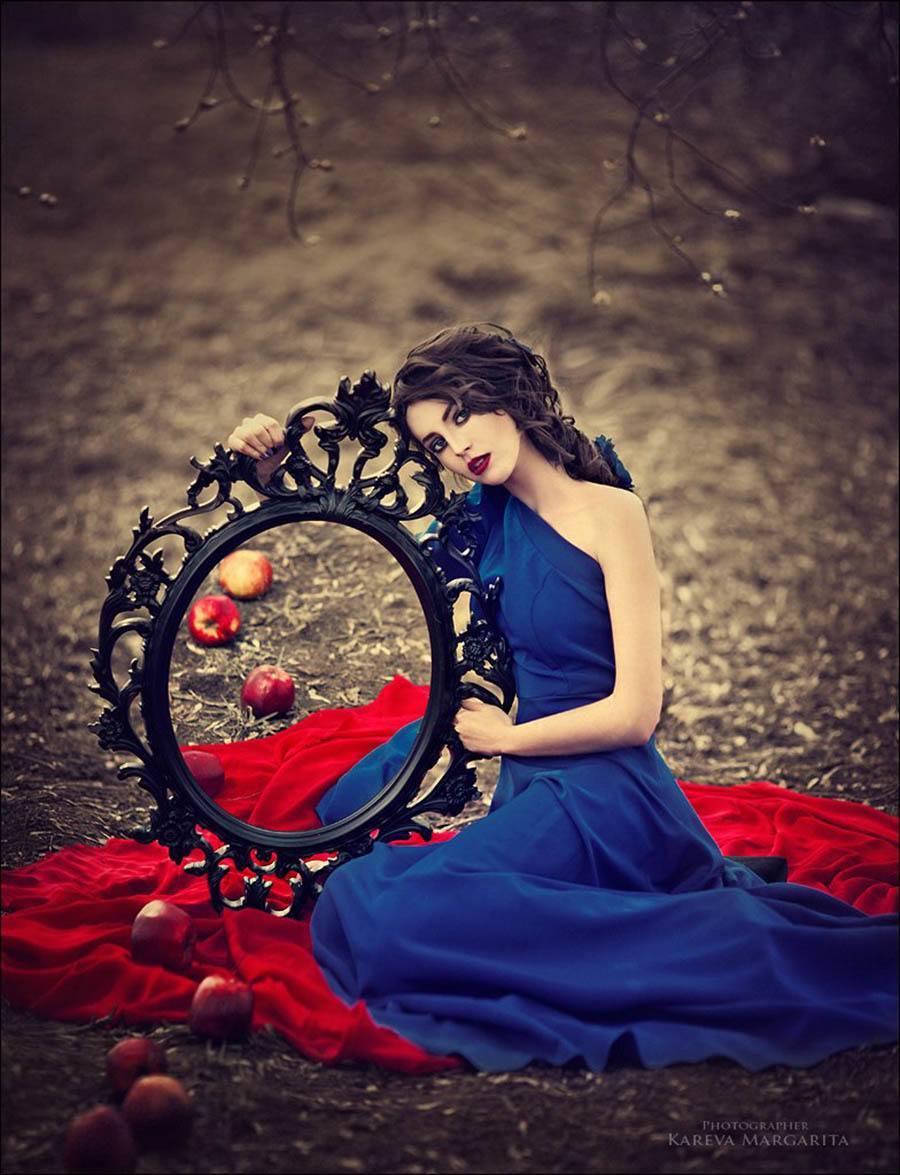 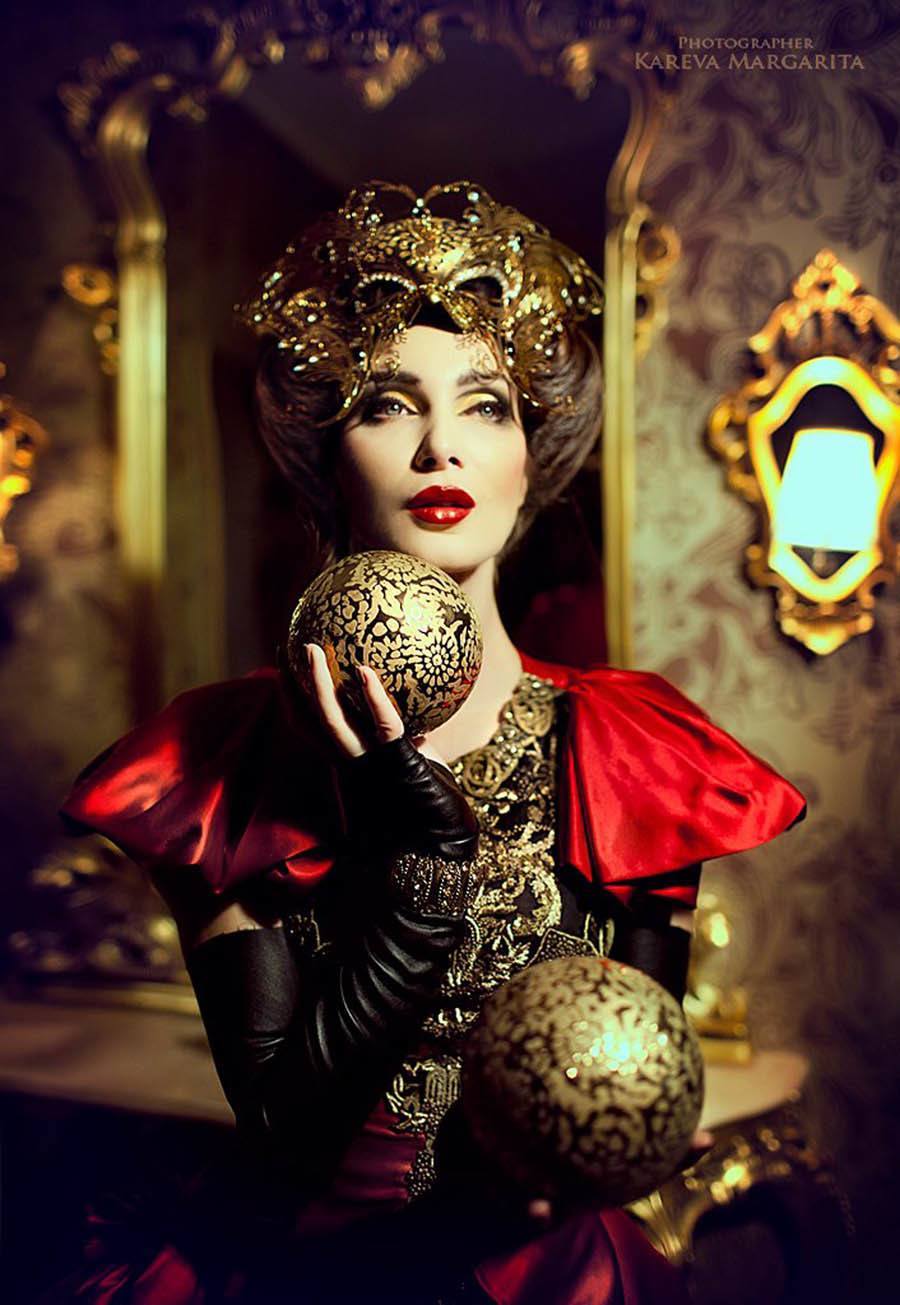 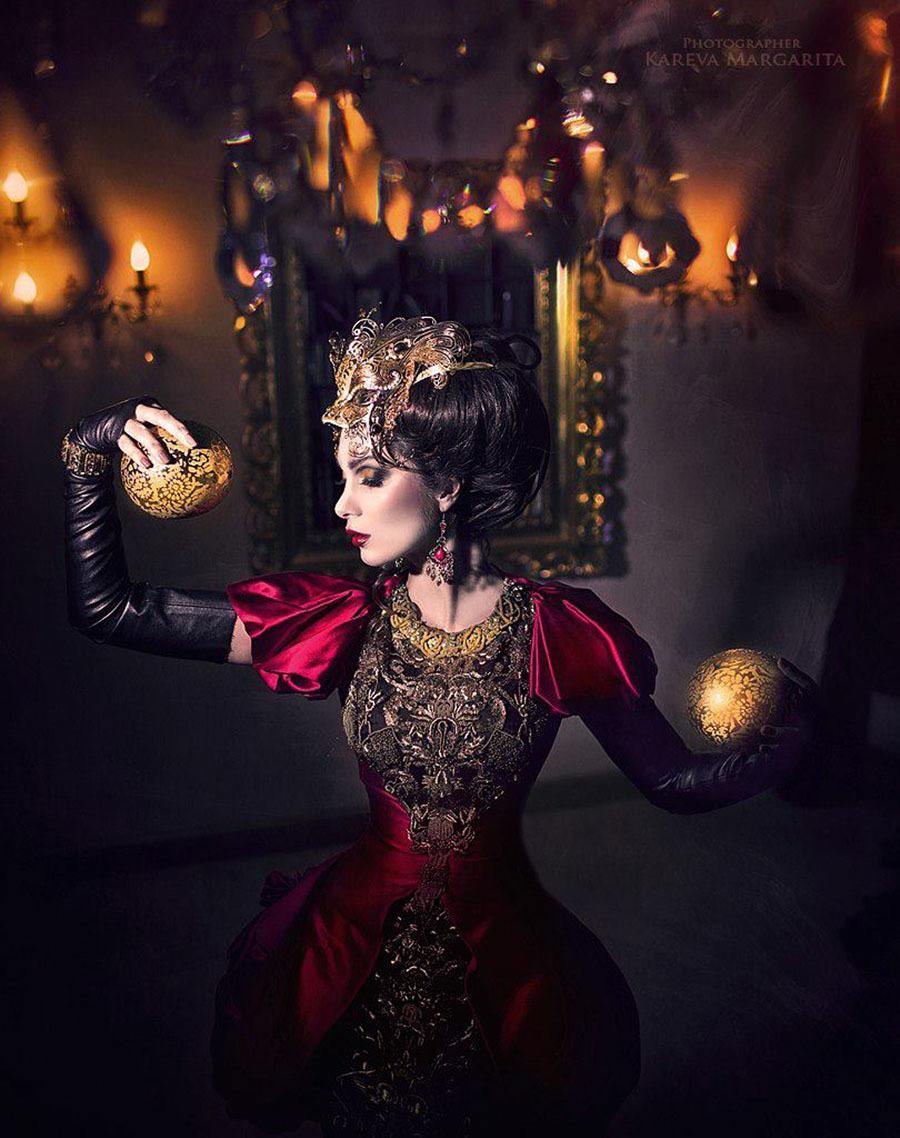 evil witch in deep thought, presumably planning how next to terrorize Snow White. 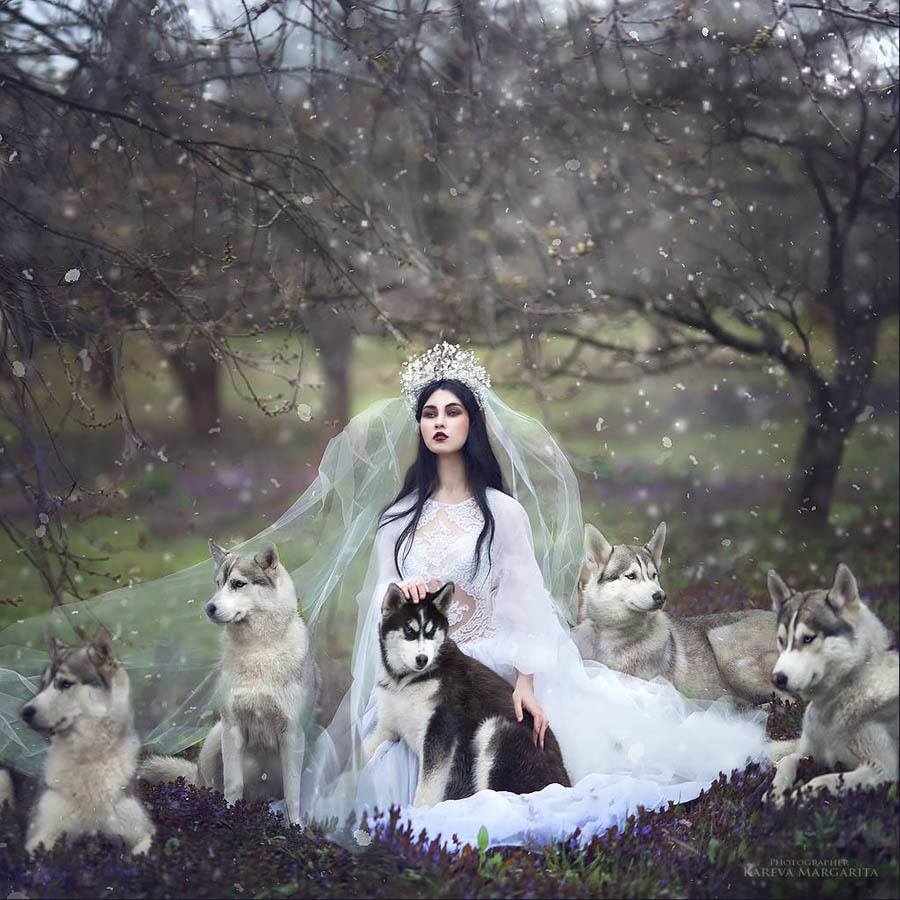 This princess sits among her wolves on the edge of the forest.
Stretching after a nap in the mystic garden. 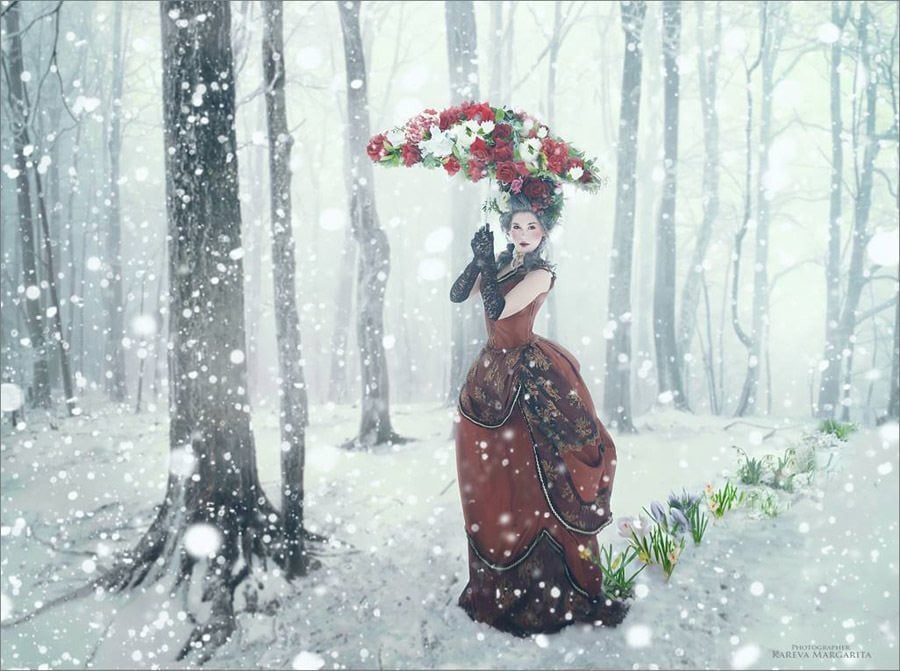 This beauty seems more suited for the summer months. 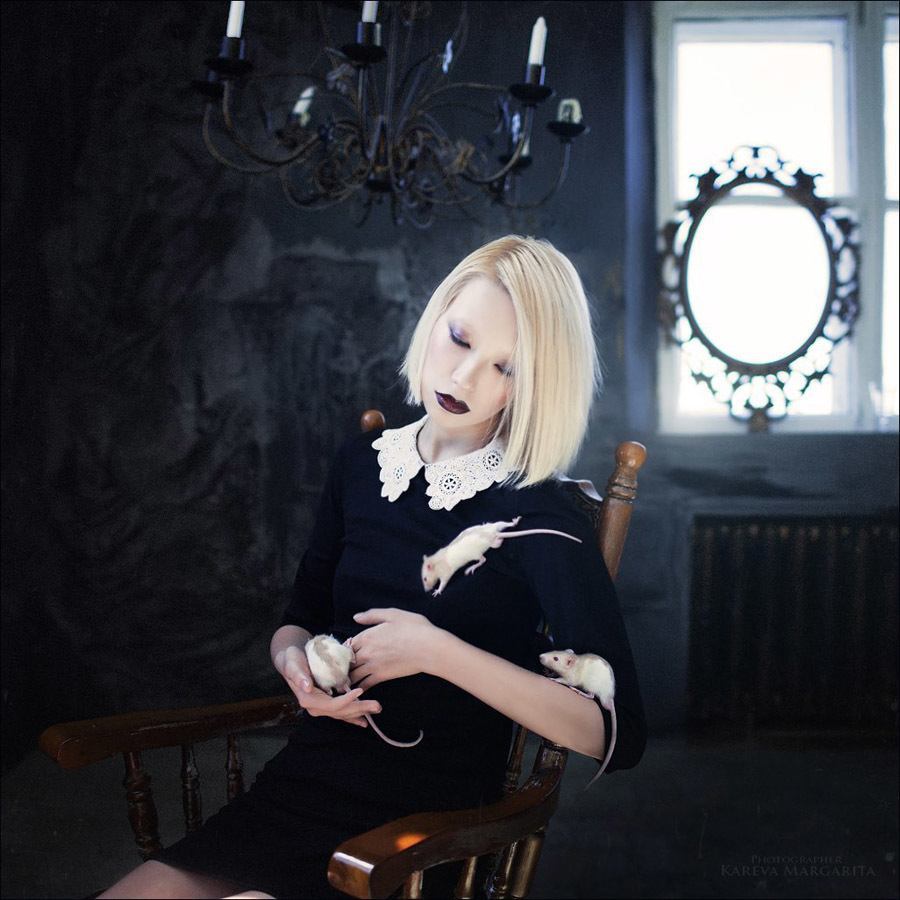 The witch and her companions conjuring up their next horrible deed. Source: Facebook 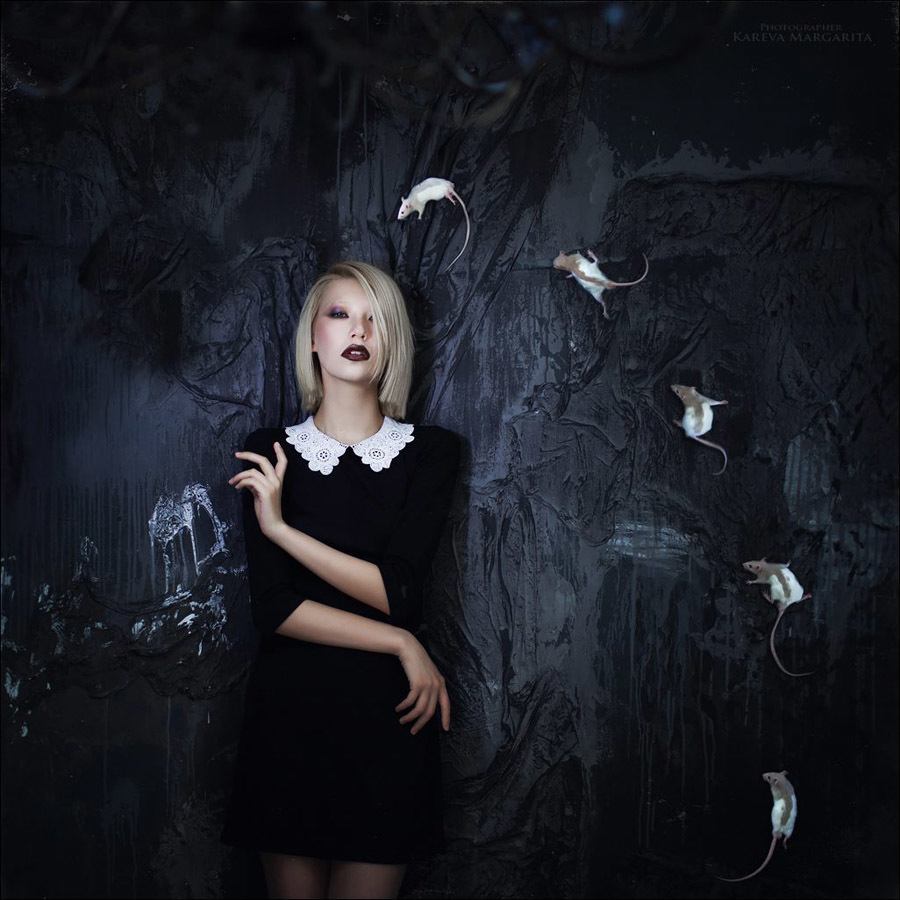 The white witch’s servants cling to the wall behind her, in their dark lair.
Source: Facebook 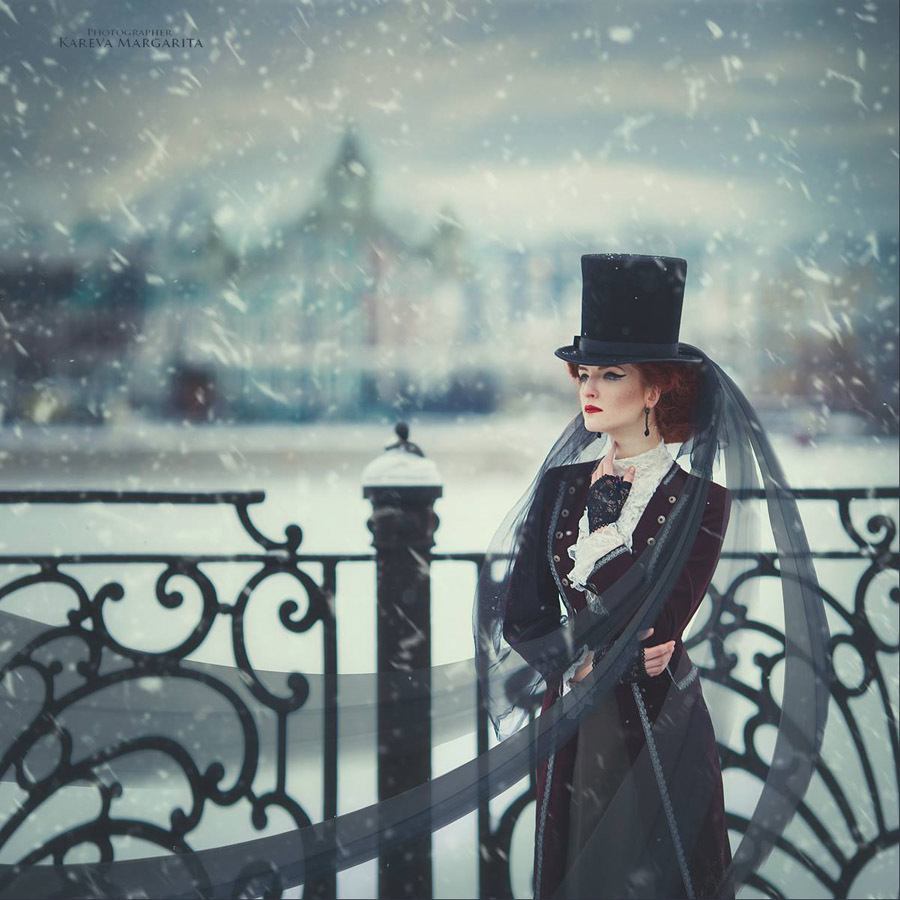 She looks like she would be equally right at home in a story of vampires or a tale of steampunk ilk. 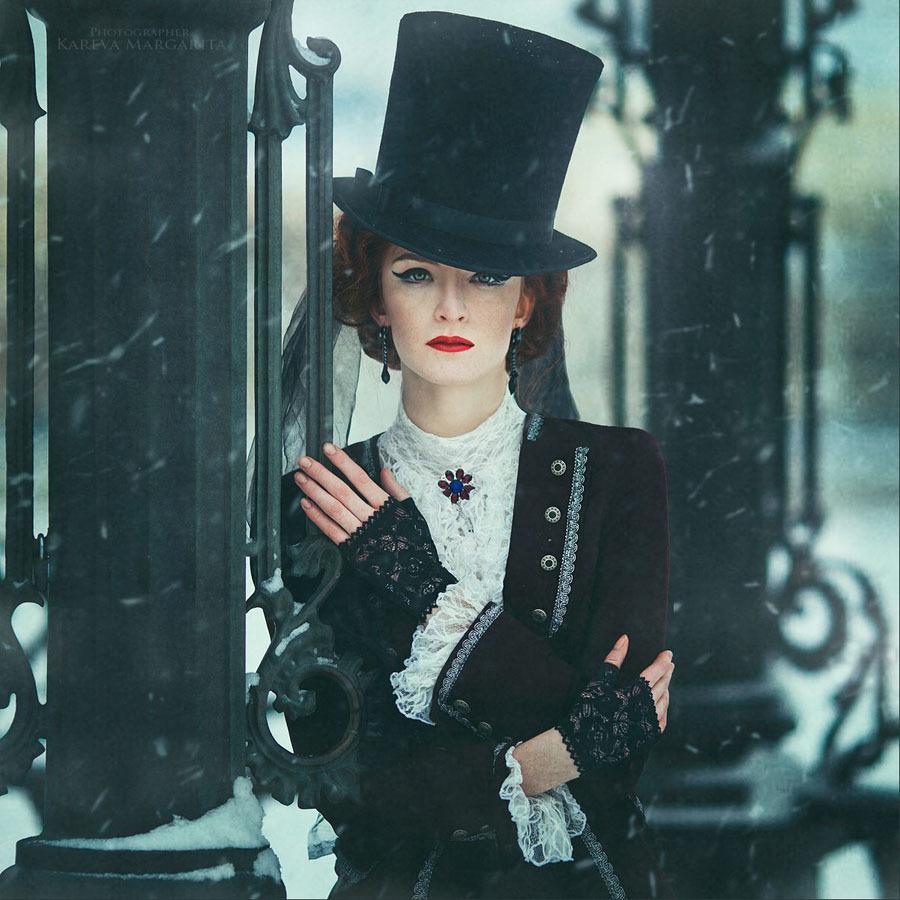 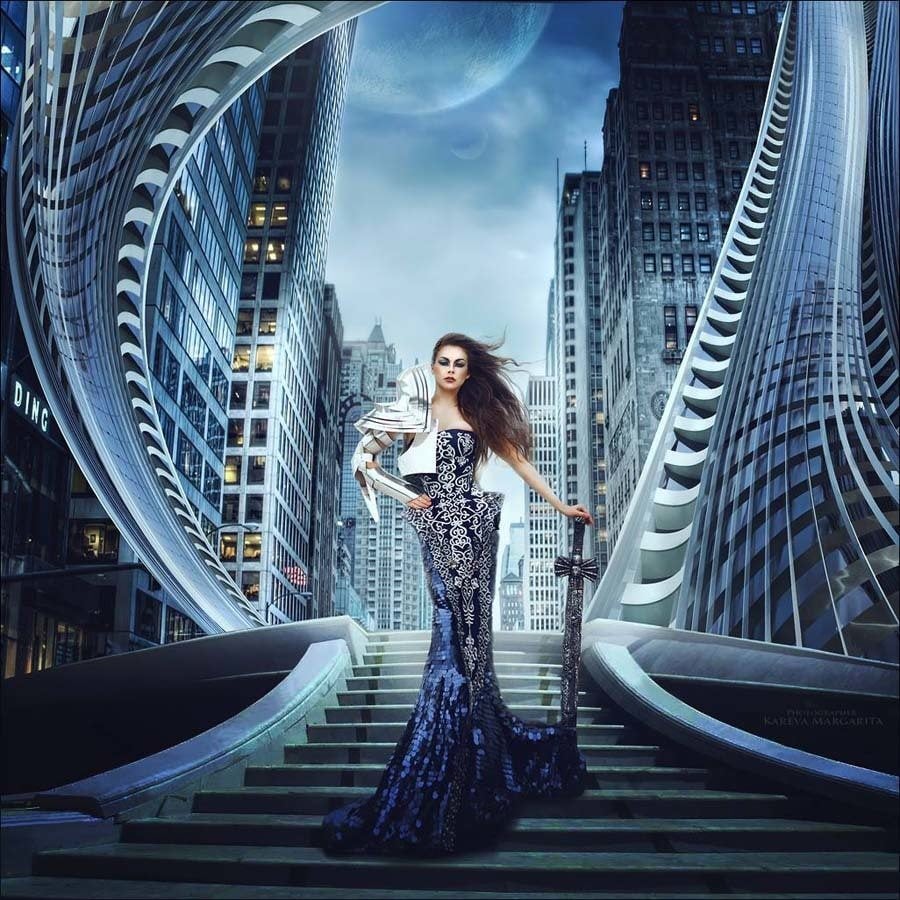 This modern, if not futuristic princess brings strength and the skill of the fight to her story. 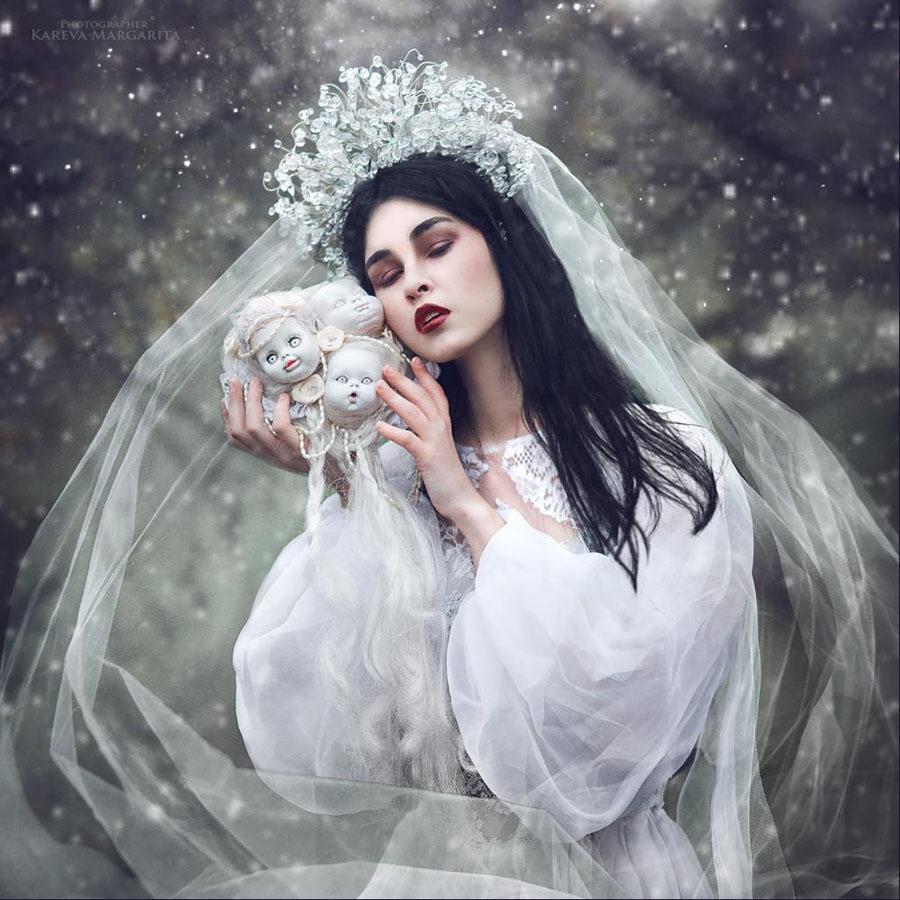 Princess or maybe witch? Whatever the case, the doll heads add an element of the macabre. Source: Facebook 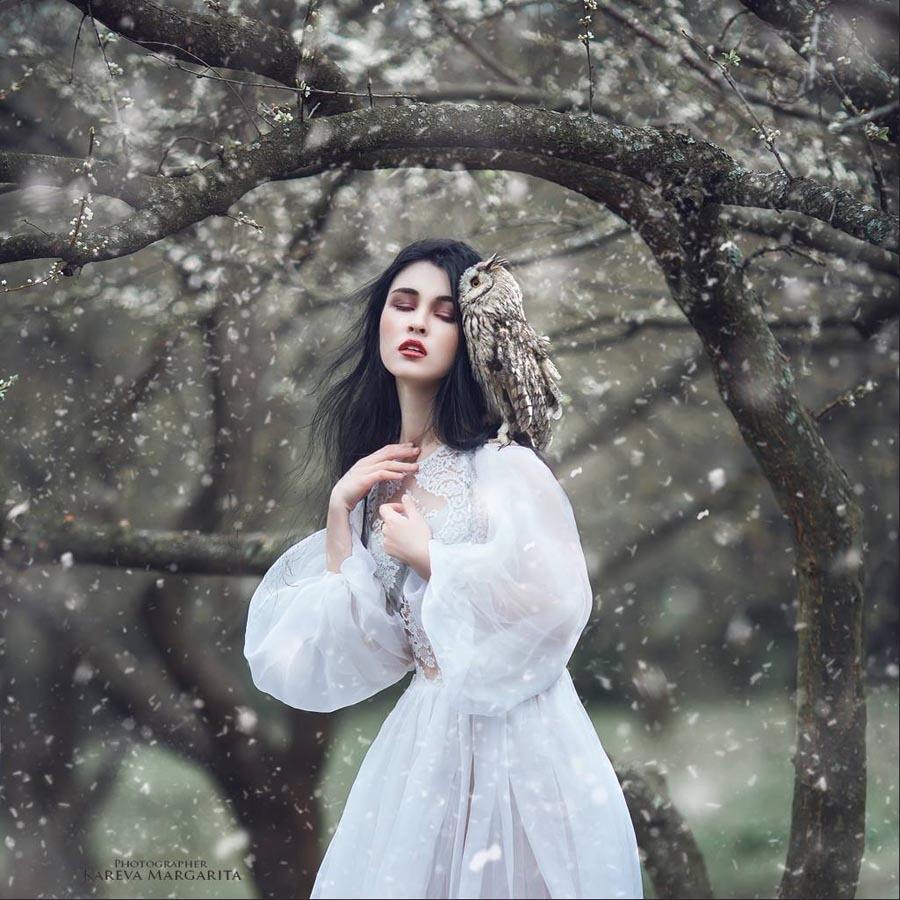 It’s not just the wolves who follow her, she communes with the owls as well.
Source: Facebook 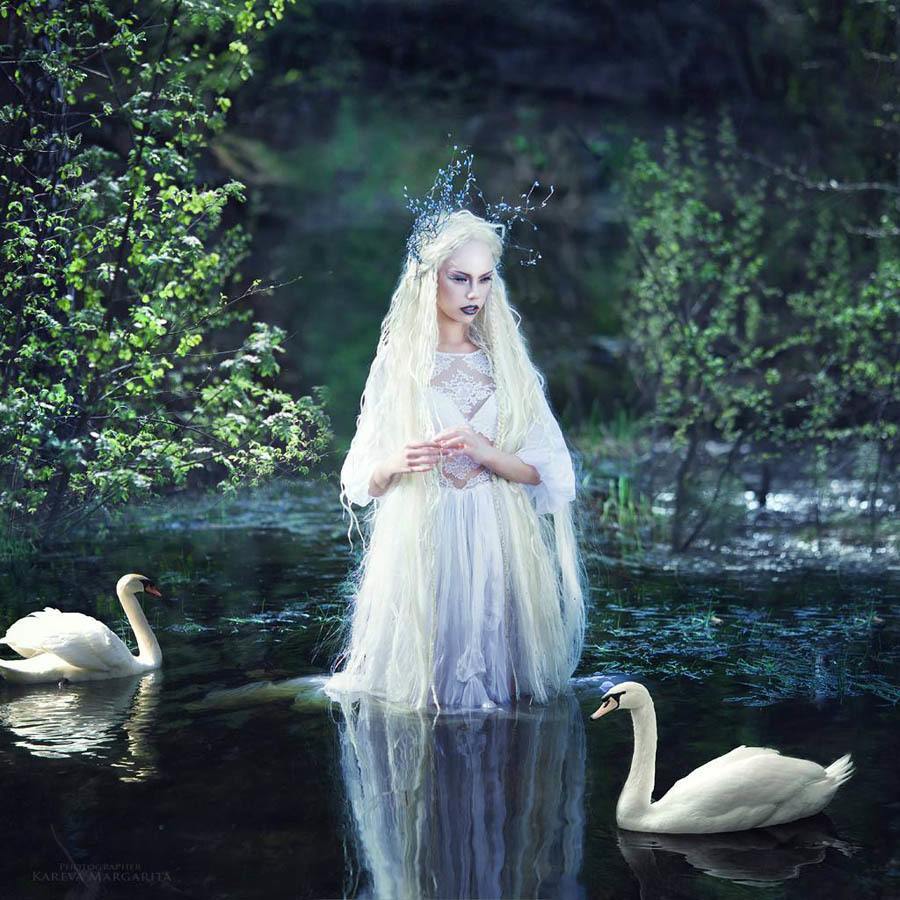 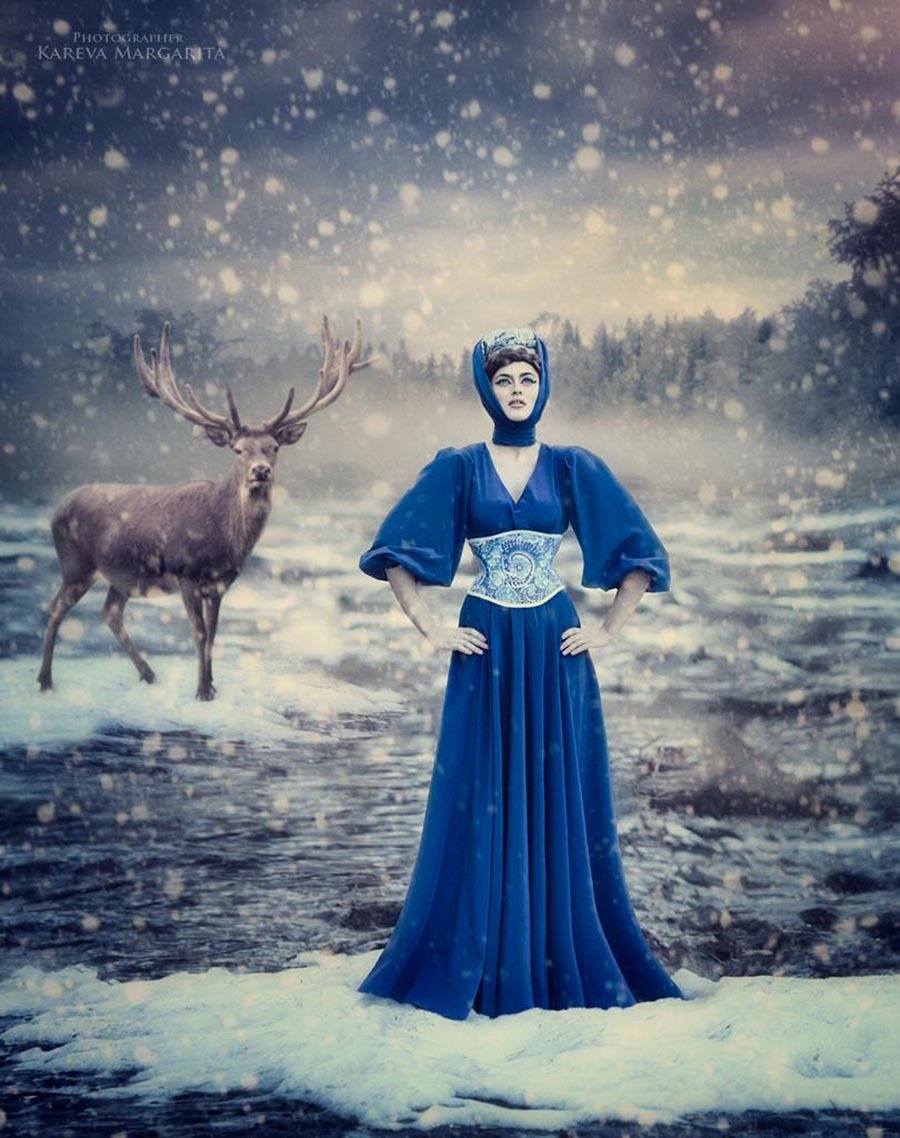 Many a fantasy story have featured a stag within its telling. This one is right at home. 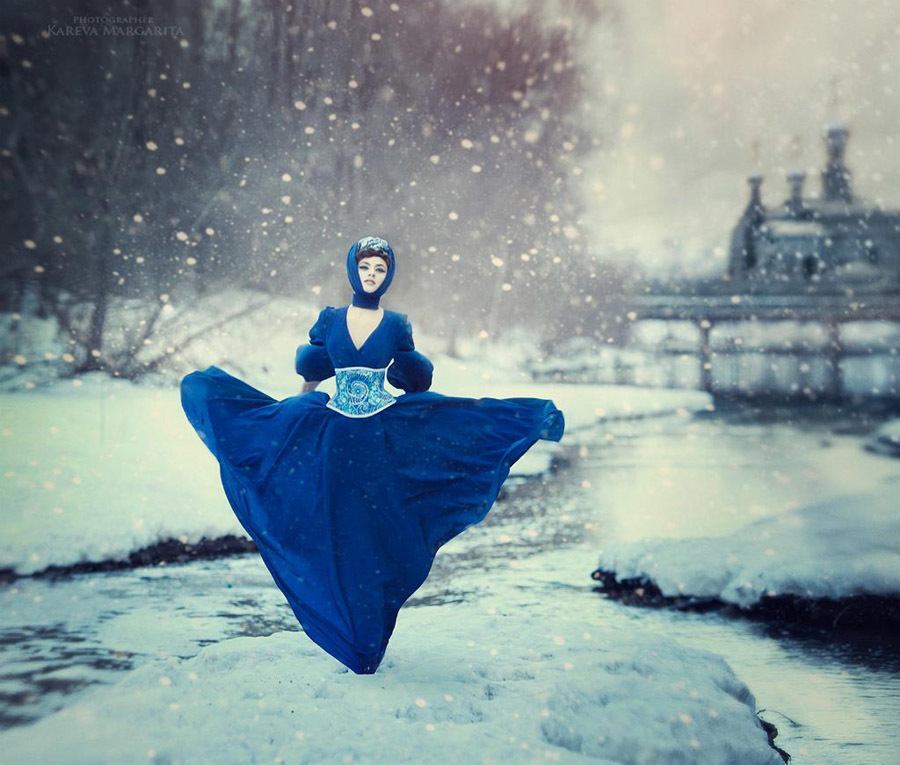 From her homeland, Margarita captures a stunning image of a Russian fairytale princess.
Source: Facebook 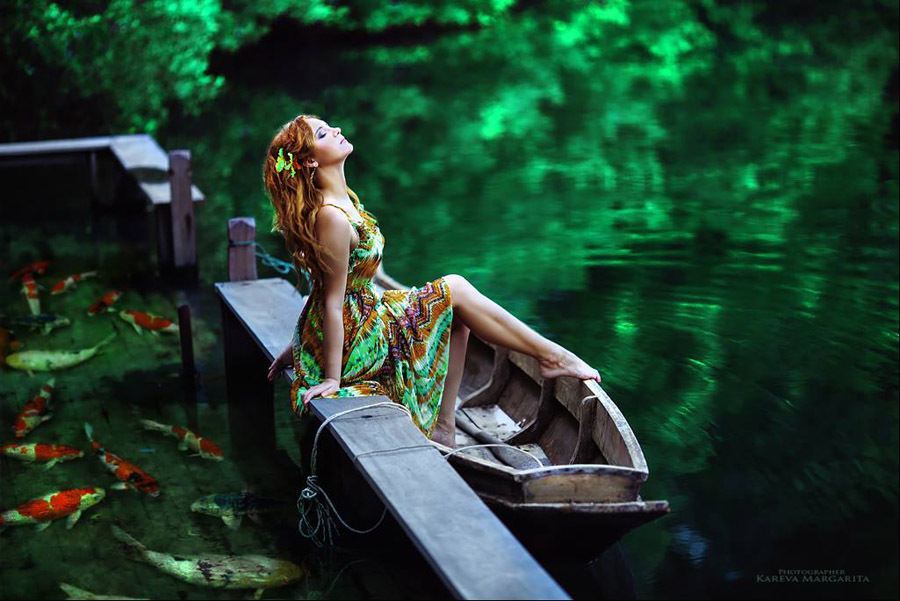 Serenity and beauty seem to be the focus of this river sprite.
Source: Facebook 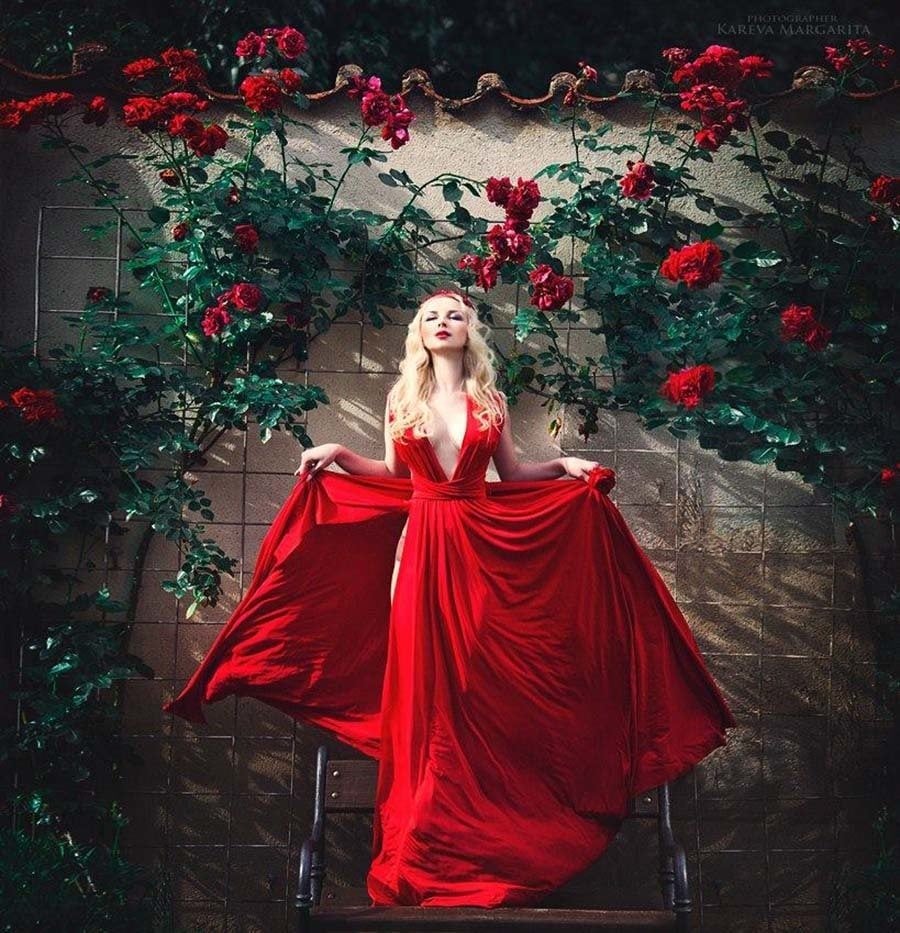 Another princess at home amongst the roses, this time however, in the proper climate. 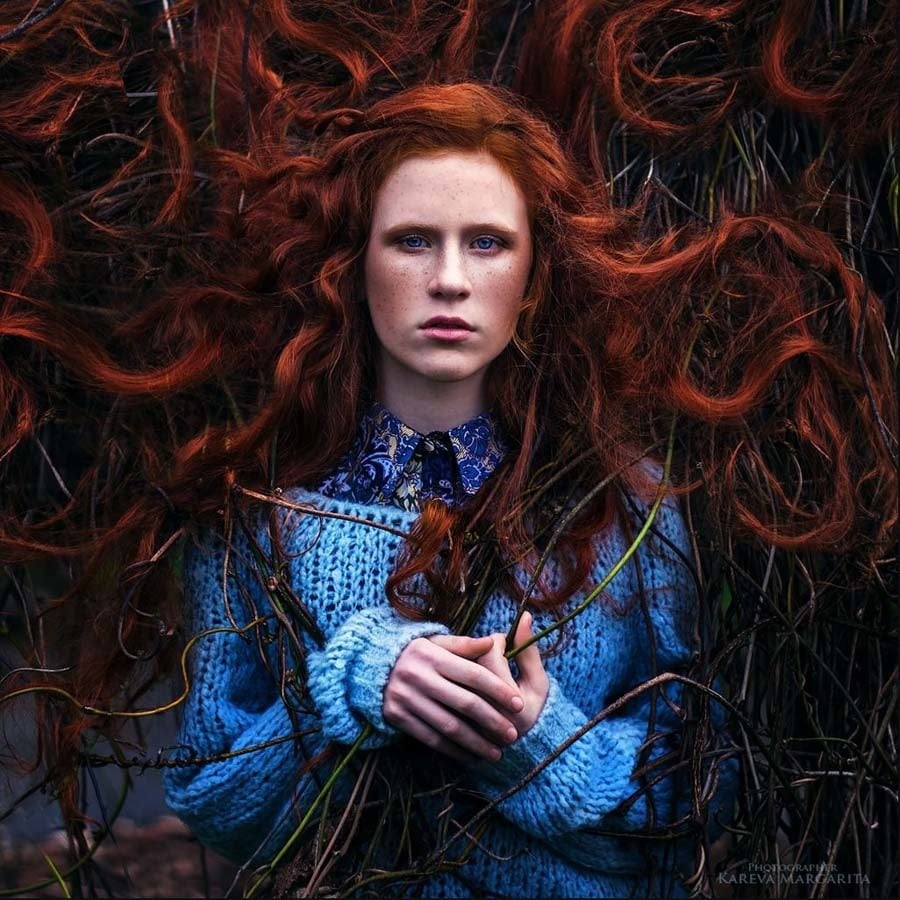 The lady of the lake or sweet little Gretel? Either could be the inspiration for this stunning photo. 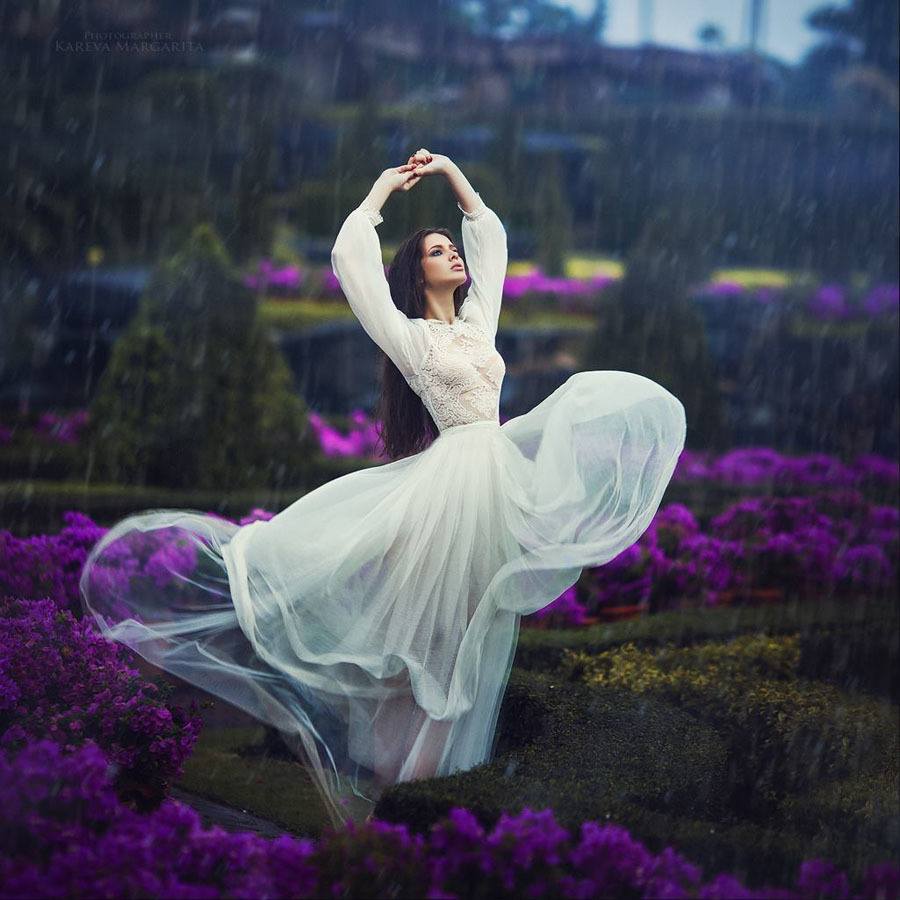 It never fails to add a little romance when a princess dances in the rain.
Source: Facebook 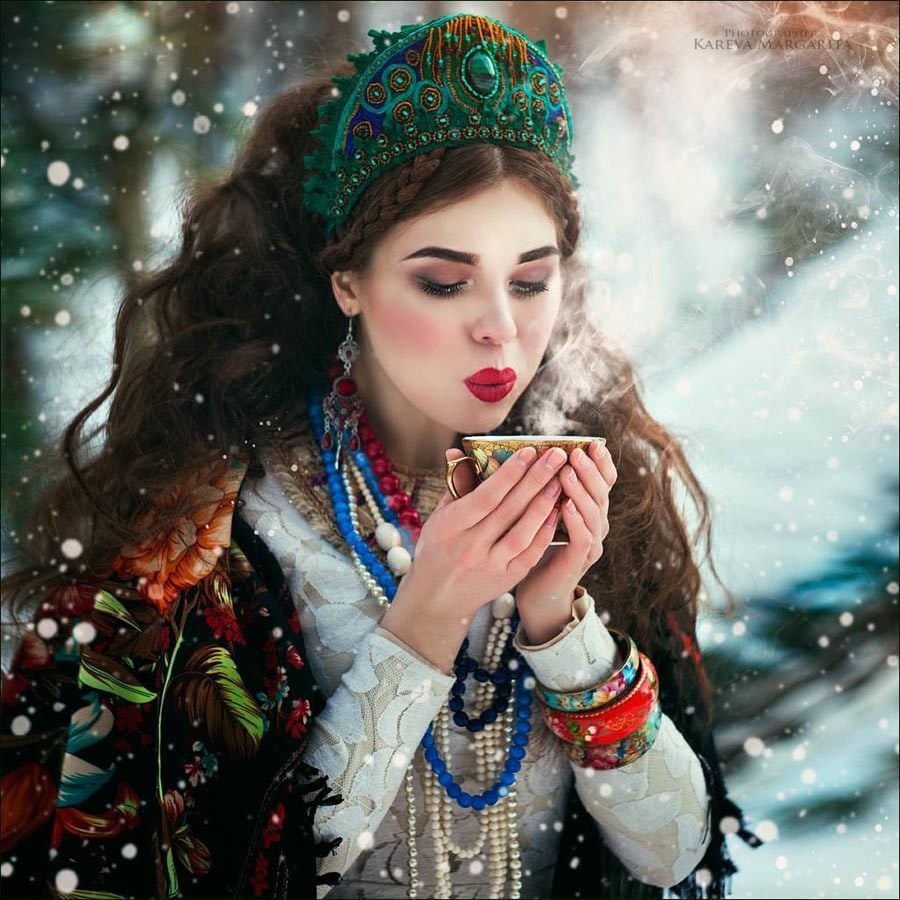 The Russo-Finnish Princess Nastinka from the tale of Jack Frost, sipping her morning tea. 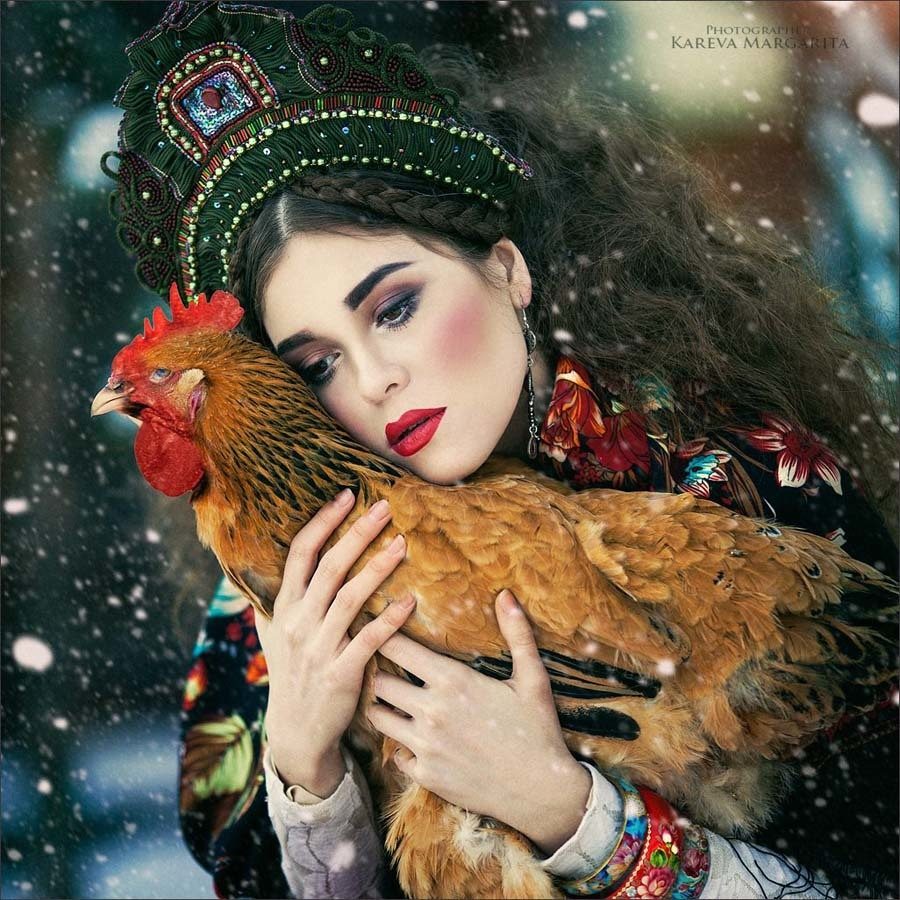 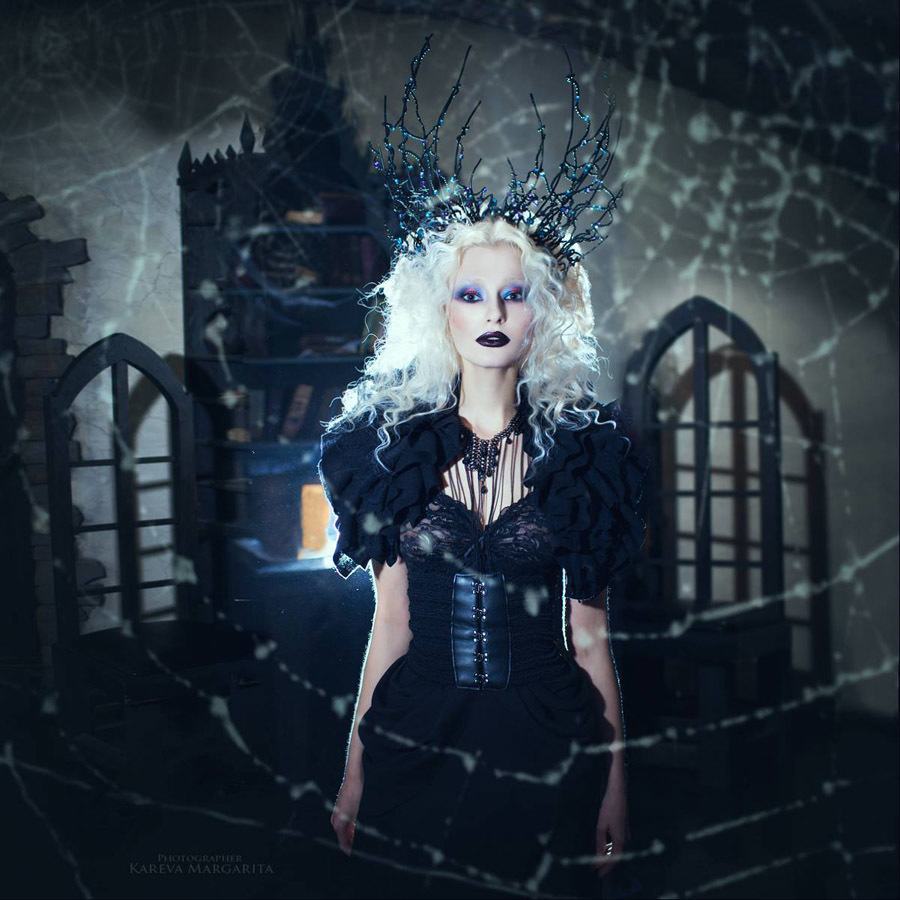 This evil ice queen may have a heart just waiting to be melted. Her beauty belies the coldness within. Source: Facebook 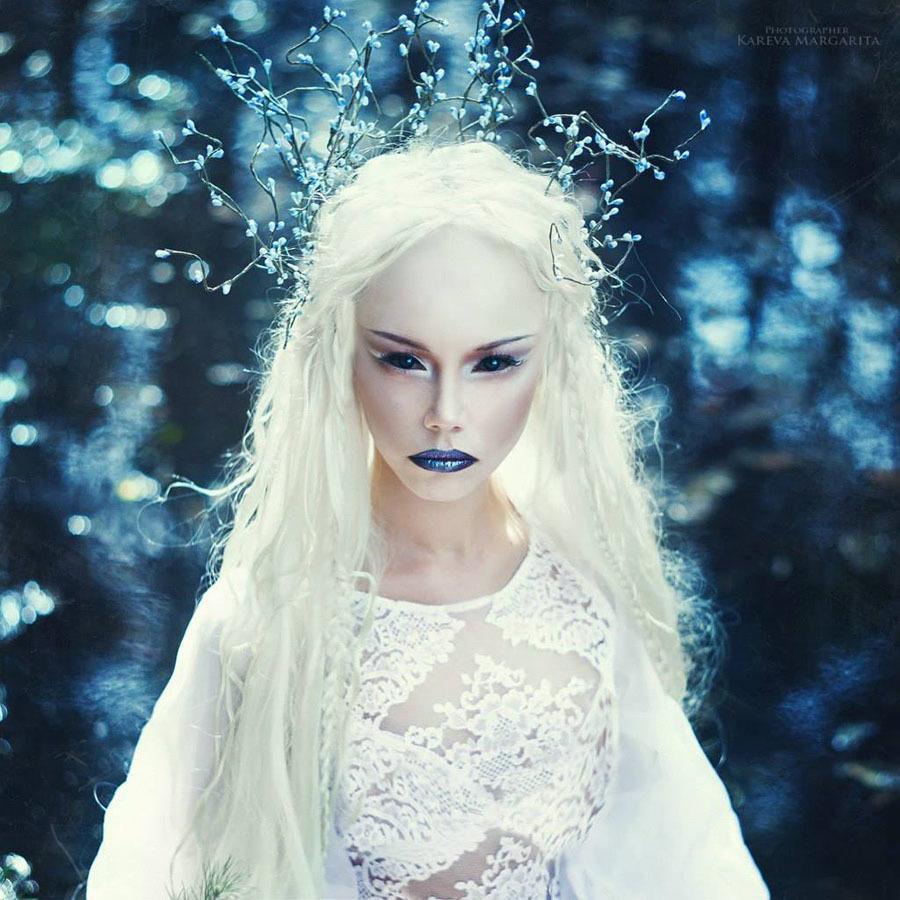 The Swan Princess has a stare that can freeze any heart.
Source: Facebook 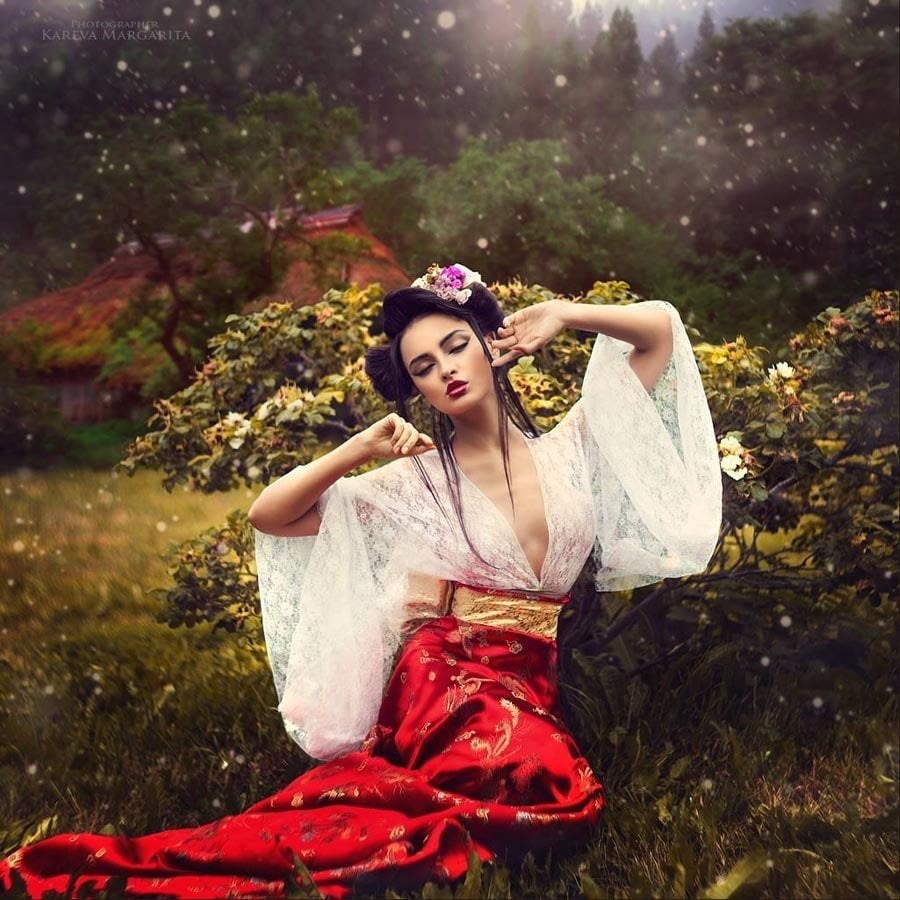 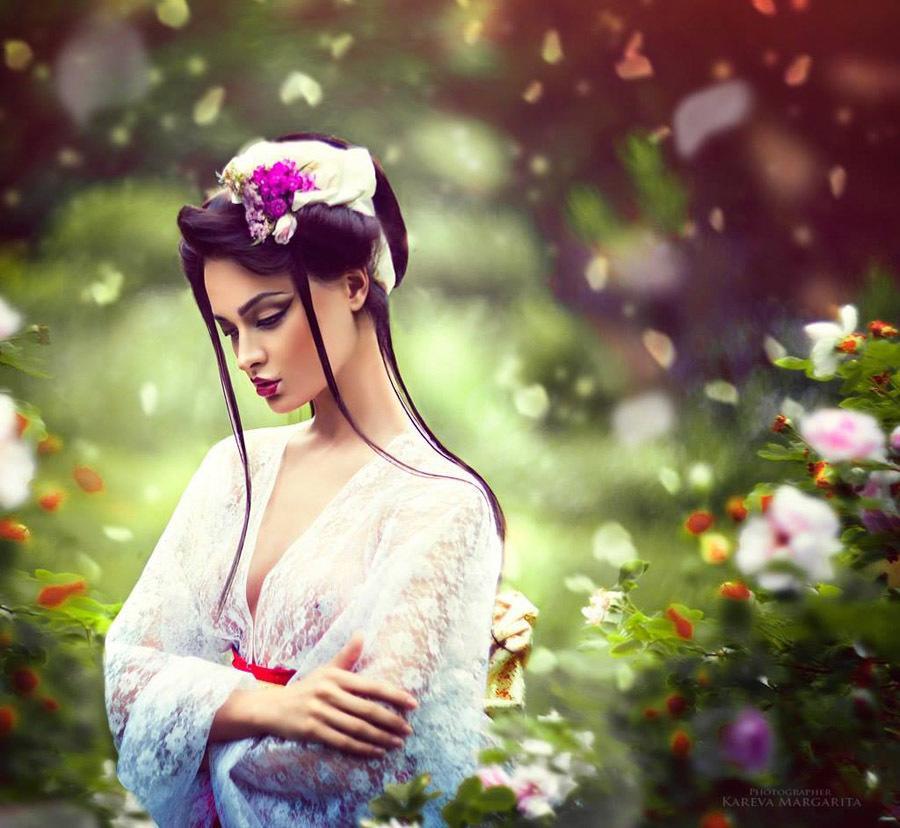 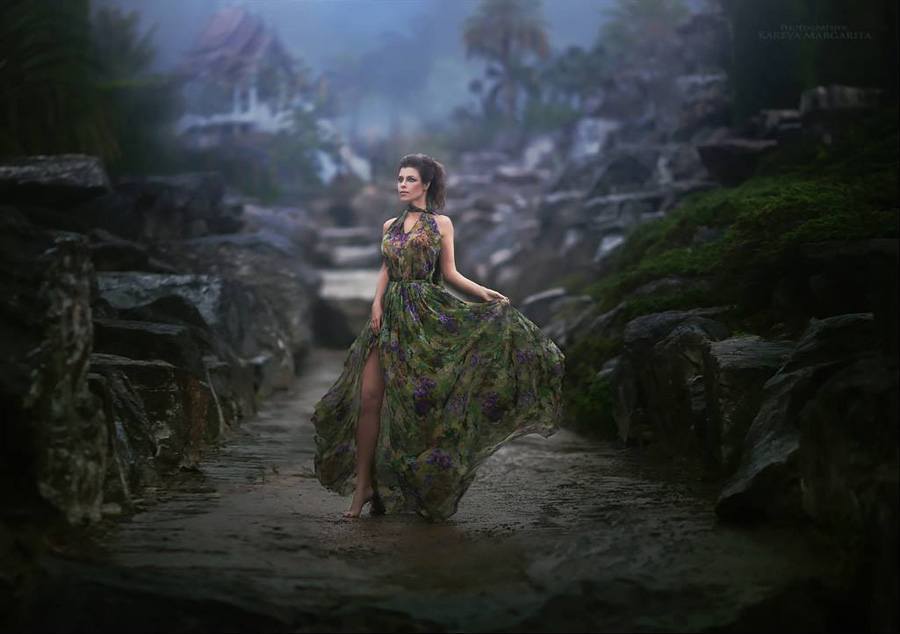 Stark against the dark backdrop, a princess’s beauty always shines through. 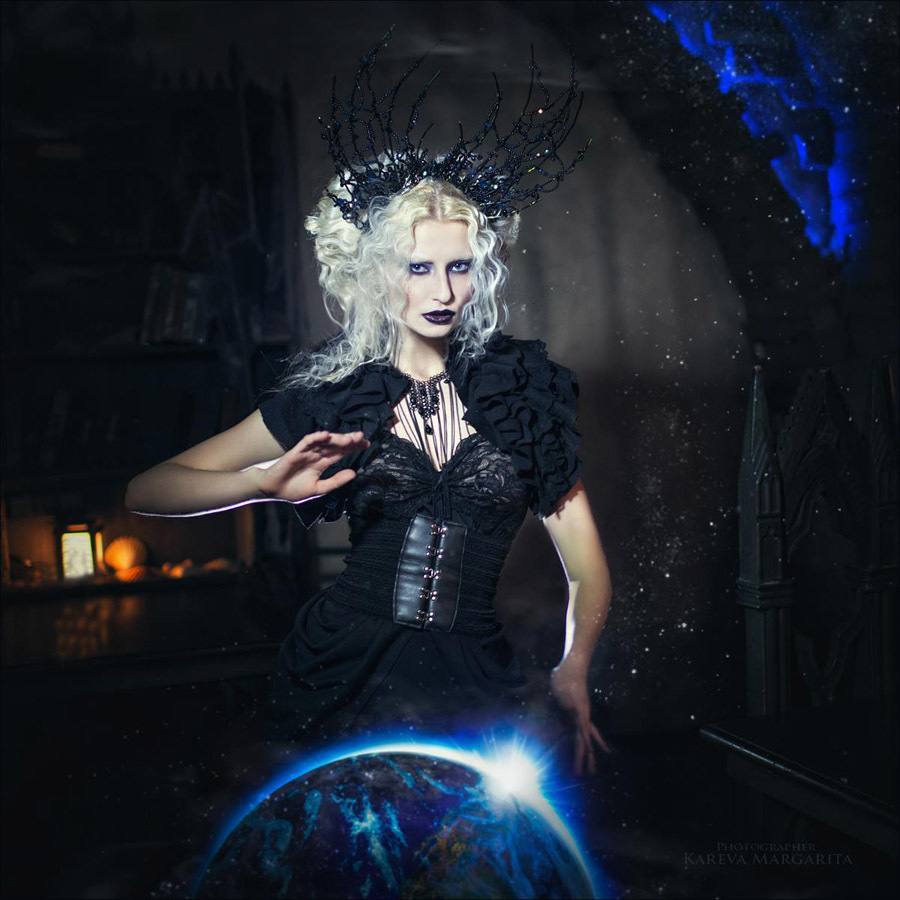 If there is still warmth hidden in her heart, it is deeply buried. For now it looks like world domination is the order of the day. 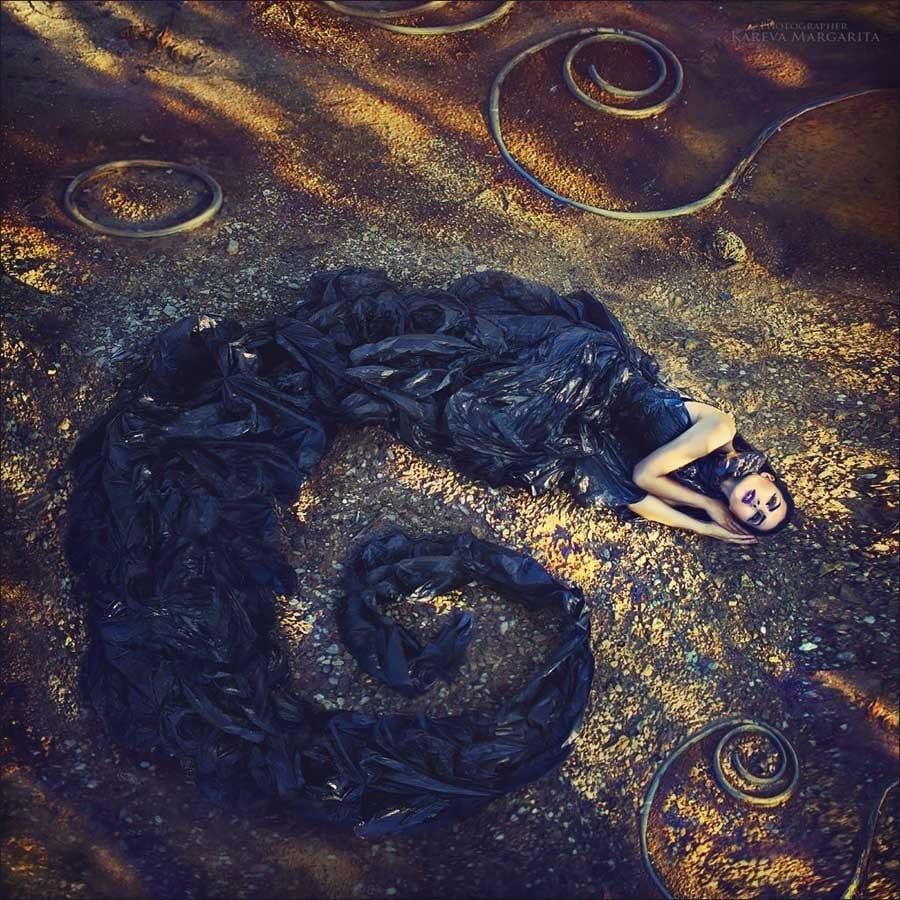 This dark mermaid isn’t Ariel, unless there is a part of the story we have yet to hear. 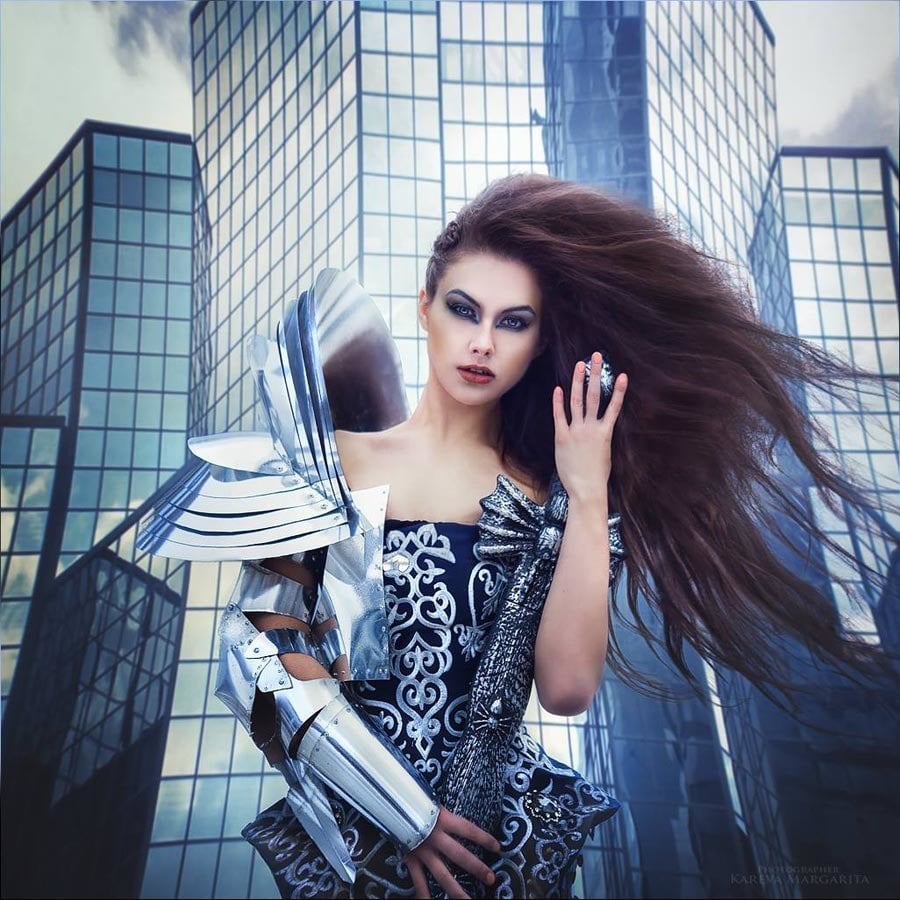 This heroine is equipped to stun as well as kick a little ass in the process.
Source: Facebook