Construction workers thought that they had unearthed the body of a recent murder victim, but a closer look revealed a much longer history for the mysterious mummy. 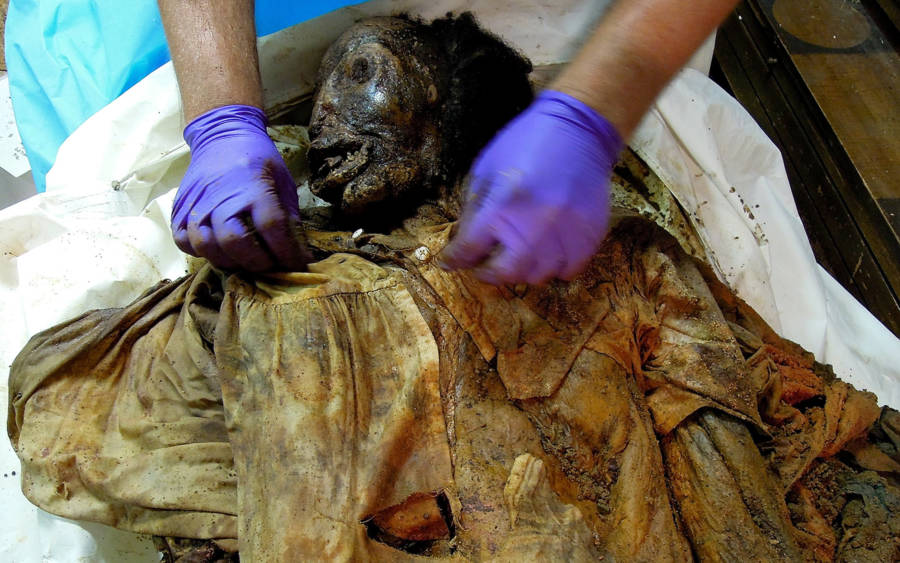 When construction crews discovered the mummified body of a woman buried in New York City back in 2011, they had no idea that they had stumbled upon an amazing historical find. And now her identity has finally been revealed.

On Oct. 4, 2011, construction workers were excavating a pit in Elmhurst, Queens when they hit something. They assumed that they had simply struck a pipe but a closer look revealed that they had actually hit an iron coffin containing the decaying body of a young African-American woman, according to PBS.

The body was so well-preserved that police initially believed that it belonged to a victim of a recent homicide. However, once researchers examined the body, they discovered that there was much more to the woman than first met the eye.

Scott Warnasch, then a forensic archaeologist with the New York City Office of Chief Medical Examiner, was called to investigate the scene and recover the body. He took a look at the environment around the body and noticed fragments of iron scattered around and knew at once that they’d come from an iron coffin.

“I’ve been obsessed with these iron coffins since 2005, when two were found under the Prudential Center in Newark,” Warnasch told Live Science. “I told the crew, ‘This is historical, this isn’t a crime scene.'”

It turned out that the woman was actually more than a century and a half old and only looked much younger because she had been sealed in an airtight iron coffin since her burial in the mid-1800s.

“She looked like she had been dead for a week, but it was 160 years,” Warnasch said.

The woman was found wearing a white gown, a knit cap, and knee-high socks. Investigators also noticed something particularly interesting on the woman’s chest: smallpox lesions.

After a CDC check to make sure the virus was no longer active, work on the corpse commenced and the well-preserved body became a gold mine of information for researchers. 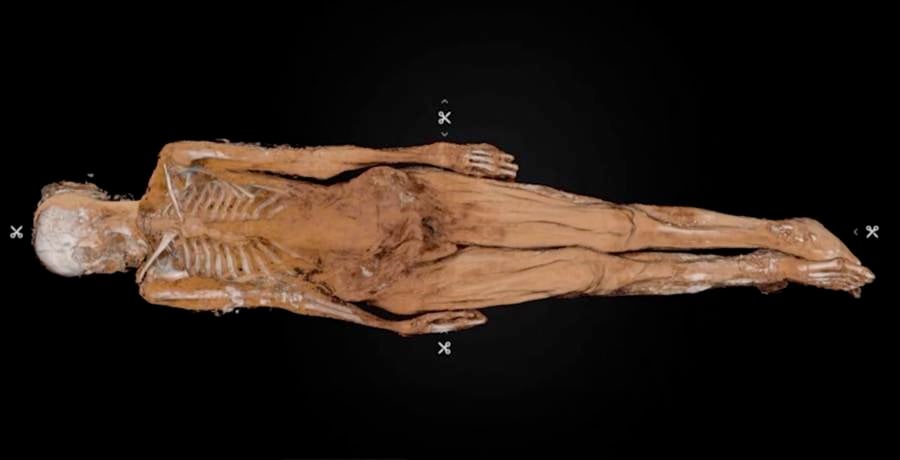 PBSA scan of the mummy’s body.

According to Live Science, the team used MRI and CT scans to create a profile of the woman. They discovered that she was around 25 to 30 years old when she died and that she stood at five feet, two inches tall.

The airtight coffin preserved the woman’s skin and allowed them to conclude that the smallpox lesions covering her body meant that she died from the extremely deadly disease. This likely explains why she was buried in an iron coffin.

These coffins were produced for a small window of time during the 1800s and were popular with the political elites of the time. However, they were also thought to have possibly been used to bury those who died from contagious diseases, sealing the infection inside the airtight coffin to prevent further spread.

Taking what they had learned from examining the corpse, the team scoured census records of the time and concluded that the remains most likely belonged to a 26-year-old African-American woman named Martha Peterson, according to Live Science. 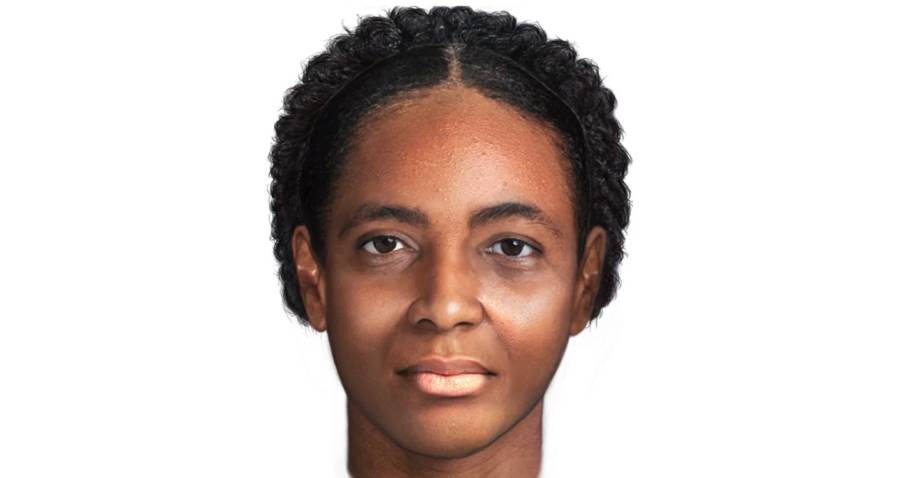 Impossible Factual/Joe MullinsA reconstruction of the mummy, Martha Peterson, suggesting what she may have looked like.

The area where Peterson’s remains were found was once an African-American cemetery close to a church founded by the region’s first generation of emancipated African-Americans.

All of the details about the team of researchers’ journey to discover the identity of Peterson will be revealed in a PBS documentary titled, The Woman in the Iron Coffin, airing on Oct. 3.

The researchers are hopeful that the discovery of Martha Peterson will go beyond just identifying her remains, and that her body will help them create a clearer picture about life for African-Americans in the 19th century.

Next, meet Xin Zhui, the 2,000-year-old Chinese woman who is one of the most well-preserved mummies in the world. Then, check out the story of La Pacualita, the figure so lifelike people have been debating “mannequin or mummy” for 90 years.