Inside The Chilling Crimes Of Terry Rasmussen, The Identity-Shifting ‘Chameleon Killer’

Terry Rasmussen was the serial killer behind the "Bear Brook Murders" in New Hampshire — and his many aliases ensured he wasn't found out until after he died in prison in 2010. 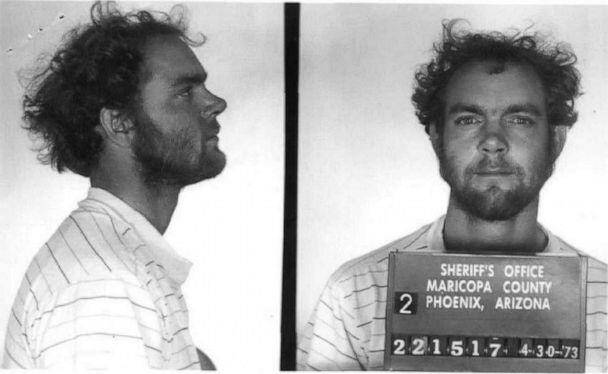 On Nov. 10, 1985, two brothers were hunting in Bear Brook State Park, bordering Allenstown, New Hampshire. Off a trail, one of the brothers noticed an oil barrel turned on its side. The bones of a foot were sticking out of it. The brothers notified the police, who found the skeletal remains of a 23-33-year-old adult woman inside, as well as a female child of around 11.

And some 15 years later, another barrel was found, containing the remains of two more young children.

The decades-long quest to identify them would eventually lead authorities to a serial killer named Terry Rasmussen, who was so ruthless and cunning — and with so many identities that he became known nationwide as the “Chameleon Killer.”

Terry Peder Rasmussen was born in Colorado on Dec. 23, 1943. He lived in Phoenix, Arizona, with his family and later on in Hawaii, where he was married in 1968. Rasmussen and his wife then moved back to Arizona where their twin daughters were born in 1969.

By 1970, Rasmussen was a qualified electrician. The family moved to Redwood, California, and the Rasmussens had another child in 1970, then another in 1972. Following a brief separation, the family moved back to Phoenix yet again. Terry Rasmussen’s web of deception and violence began there.

In the early 1970s, Rasmussen was arrested in Arizona, and in June 1975, he was arrested again — this time for aggravated assault. His wife had seen enough by this point, leaving him and taking their children shortly after the arrest. Rasmussen would drift toward New Hampshire under the false name “Bob Evans” in the late 1970s — and that’s likely where his killing spree began.

The ‘Chameleon Killer’ In New Hampshire And California 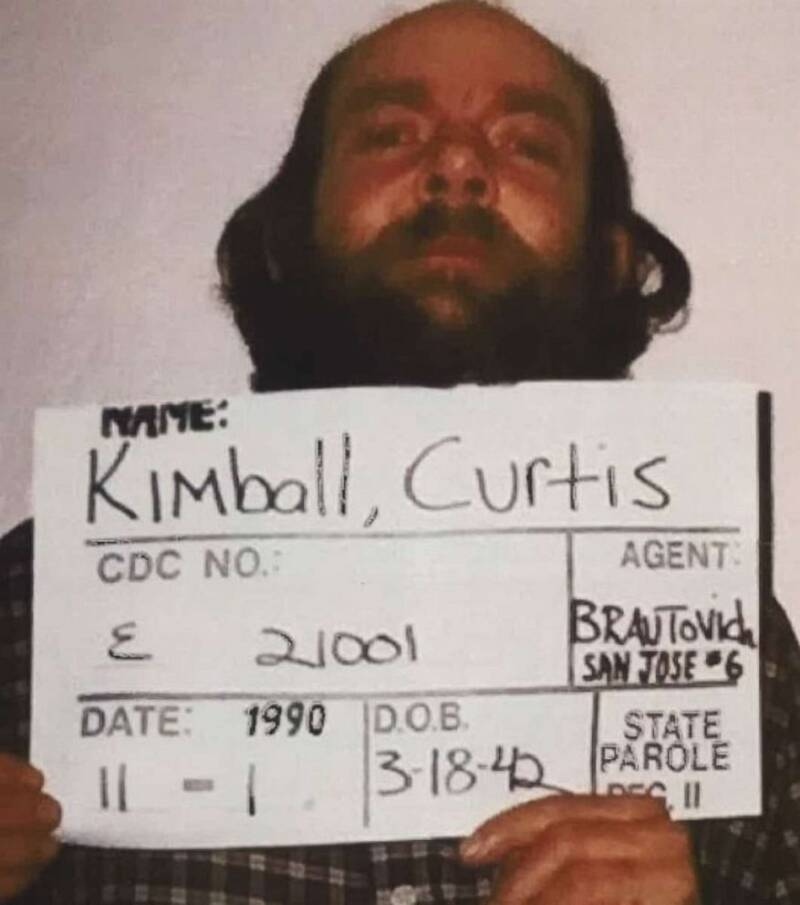 Denise Beaudin, of Goffstown, New Hampshire, had money troubles. In November 1981 she took her 6-month old daughter to her mom’s for Thanksgiving dinner. Her boyfriend, “Bob Evans” came with her. They vanished after Thanksgiving. Beaudin’s Mom thought she may have skipped town with her daughter to avoid her debts, and she never saw them again.

Authorities believe Rasmussen may have brought Beaudin out to California and killed her there, though her body was never recovered.

Then in January 1986, the Holiday Host RV Park in Scott’s Valley, California, got a new handyman named Gordon Jensen. He had his 5-year-old daughter with him — a girl named “Lisa.” Little did anyone know, Jensen was actually Terry Rasmussen, once again changing his identity.

By June he suggested that an older couple he had just met “adopt” his daughter “Lisa.” Rasmussen/Jensen drove off one day leaving the girl with the couple for what he promised would be a trial period. But when he didn’t return, “Lisa” was placed into protective custody.

Almost three years passed. In March 1989, Rasmussen was finally arrested on his outstanding warrant for child abandonment. He was sentenced to three years, and served one, before being released on parole. Rasmussen violated parole the very next day, then dropped out of sight for almost eight years. His daughter “Lisa” had been adopted. In 1998, police in California stopped him for driving an uninsured car with no drivers licence. And the “Chameleon Killer”‘s parole violation went undetected.

And Rasmussen was now going by Larry Vanner. 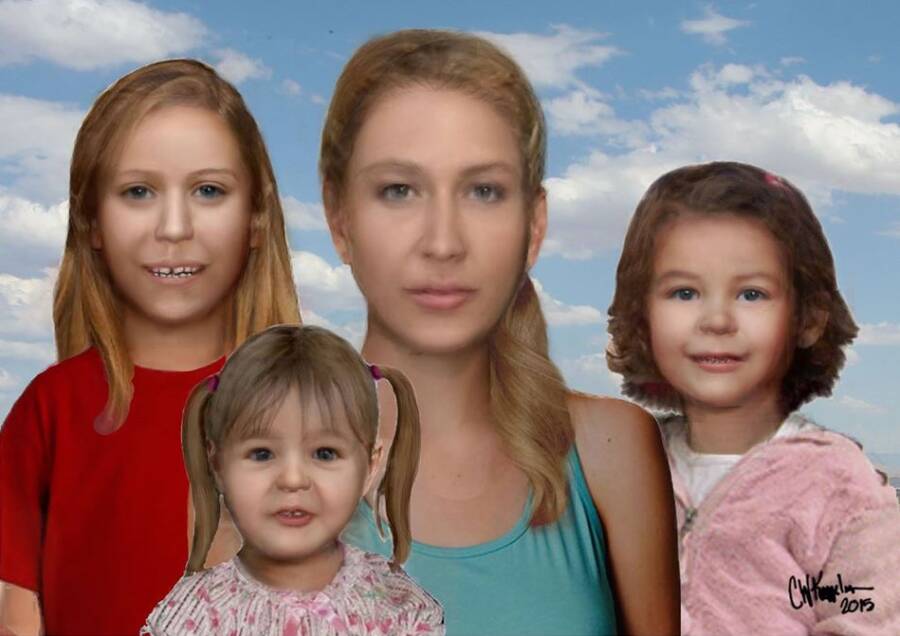 The Bear Brook investigation in New Hampshire was long dead by 2000. Nobody knew who the woman and child from the grisly barrels were. In May 2000, a cold case detective decided to go back to the site and take another look at the remaining barrels. Remarkably, one still had a pair of legs protruding from it, a mere 100 yards from the 1985 barrel. The barrel contained two girls. The first was estimated to be around 2 or 3, while the second was just 1 year old. Wrapped in plastic sheeting, the two young girls had died by blunt force trauma.

The 1985 victims were exhumed, and DNA testing confirmed the adult victim was the mother of two of the children. The middle child was not related. A forensic artist created composites for all four victims. The 1985 and 2000 victims soon became collectively known as the Allenstown Four.

Meanwhile, Terry Rasmussen was out in Richmond, California living as “Larry Vanner” and dating a young chemist named Eunsoon Jun. In June 2002, Jun suddenly vanished and Rasmussen/Vanner was brought in for questioning. Jun’s friends and family were highly suspicious of “Vanne” in her disappearance, having warned Jun earlier that they found her new boyfriend odd. Rasmussen/Vanner’s fingerprints were taken and matched to Curtis Mayo Kimball’s — and he was also wanted for a parole violation on 1986 child abandonment charges.

Police searched Jun’s home and garage. A corner of the garage contained a large mound of cat litter. Closer inspection revealed Jun’s flip-flopped foot. In November 2002, Rasmussen/Vanner/Kimball was arrested for Jun’s murder and parole violation. Jailed for 15 years to life, he was sentenced as Kimball. Police, meanwhile, were unaware that they had a serial killer in custody — until the mystery of the unidentified remains in the Allenstown oil barrels slowly began to unravel.

Rasmussen/Kimball’s DNA was compared to the daughter he had abandoned in 1986. The results proved he was not her biological father and authorities believed he had abducted her. Kimball refused to confirm who she was. In 2003, authorities opened a case to discover who her biological family were.

The “Chameleon Killer” died in prison in 2010 as Kimball without ever facing justice for a fraction of his evil deeds.

DNA Connects Some Dots And New Hampshire Holds The Key 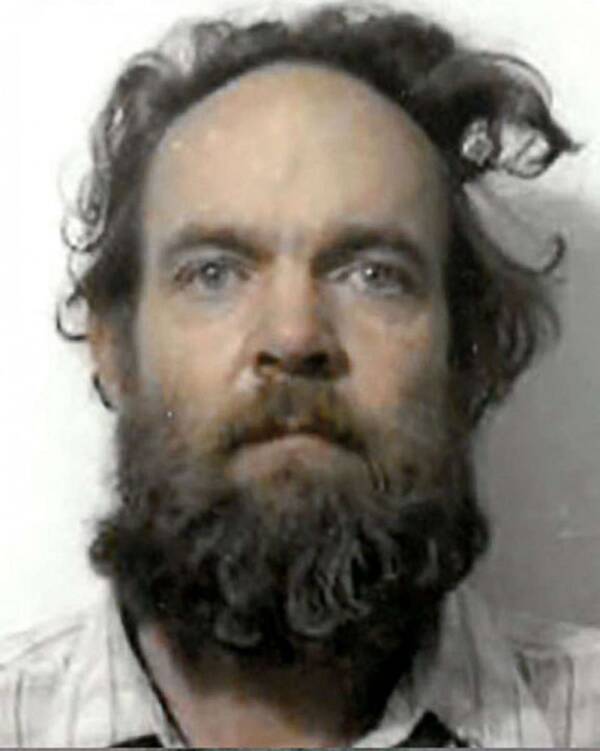 The San Bernadino County Sheriff’s Office notified New Hampshire authorities of Rasmussen/Kimball’s connection to the state. In October 2016, DNA extracted from the remains of the Allenstown Four was compared to Kimball’s. He was indeed the biological father of the 2-3-year-old girl discovered in the second barrel in 2000.

In January 2017, authorities released details of “Bob Evans” and the Allenstown Four, including his connection to the disappearance of Denise Beaudin and her 6-month old daughter in 1981. Then, in July, DNA testing confirmed “Bob Evans”‘ actual identity: Terry Peder Rasmussen. The Allenstown Four, however, remained unidentified. 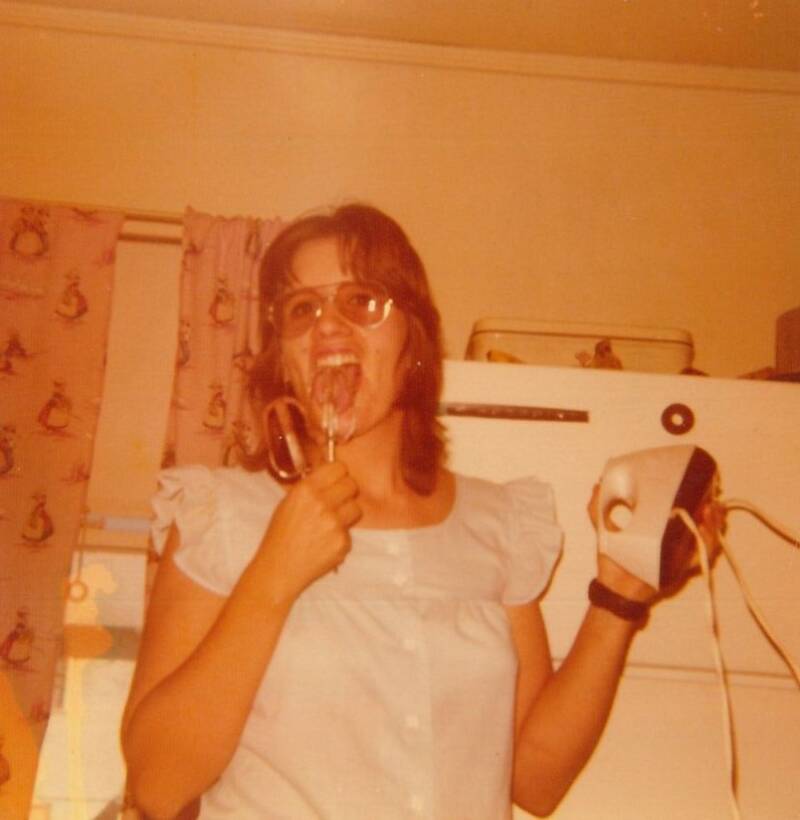 Citizen detectives took up the case, according to true crime investigator Billy Jensen’s book, Chase Darkness With Me, passing on whatever they found to cold case investigators. Librarian Rebekah Heath delved deep into the message boards of genealogy websites going back decades.

Ronda Randall grew up near Allenstown, and interviewed the residents of a nearby trailer park. Eventually, the owner of an abandoned store near the barrels admitted something to the amateur investigator: He suspected the murderer was someone who did some electrical work for him in the late 1970s — a man named Bob Evans.

In 2019 Heath rediscovered a 1999 Ancestry.com message board, on which a woman was looking for a toddler missing since 1978 named Sarah McWaters. Her mother, Marlyse Honeychurch, had two daughters from two different fathers. Sarah was the youngest and her half-sister, Marie Vaughn, was the oldest. No one from Sarah’s family had heard from her since Marlyse left California in 1978 with a guy whose last name was Rasmussen.

Three of the Allenstown Four now had names. Marlyse Honeychurch, her daughters Marie Vaughn and Sarah McWaters. Rasmussen’s own biological daughter from the 2000 barrel remained unidentified. And where was her mother?

Genetic genealogist Barbara Rae-Venter submitted the DNA from “Lisa” into GEDmatch and began the arduous task of reverse engineering her family tree. She discovered that the girl’s name was actually Dawn, the daughter of Denise Beaudin. And while Beaudin remained missing, presumed murdered, Rasmussen had held onto her young daughter in 1981, naming her “Lisa.”

The Allenstown Four were estimated to have been killed between 1977 and 1985, when the first barrel was discovered. Denise Beaudin and her daughter Dawn went missing in late 1981. It meant by then Rasmussen had already moved onto another family. When were the four actually murdered? Marlyse Honeychurch was last seen in California with her daughters in late 1978.

A pattern seemed to emerge. Rasmussen didn’t target strangers, but his girlfriends and their children. He apparently even murdered his own biological daughter. For some reason, Rasmussen kept a child, perhaps using her for easy access to the next family.

Rasmussen’s unidentified biological daughter travelled to New Hampshire with the Honeychurch family before they all ended up in those barrels. Her mother was presumedly murdered by Rasmussen before he left for New Hampshire with his new family in tow.

Under a multitude of aliases, across three decades, Terry Rasmussen murdered, abducted, and deceived his way through several states. And despite the “Chameleon Killer” long ago dying in prison, to this day, authorities still suspect him in other unsolved homicides and missing persons cases.

After reading about the the chilling case of Terry Rasmussen, learn about John Joubert, the Eagle Scout who became a serial killer. Then, dive into the disturbing case of “Amazon Review Killer” Todd Kohlhepp.