Inside The Crimes Of Todd Kohlhepp, The ‘Amazon Review Killer’ Who Reviewed His Products Of Torture

Between 2003 and 2016, Todd Kohlhepp murdered seven people — all while leaving chilling comments about some of his weapons online. 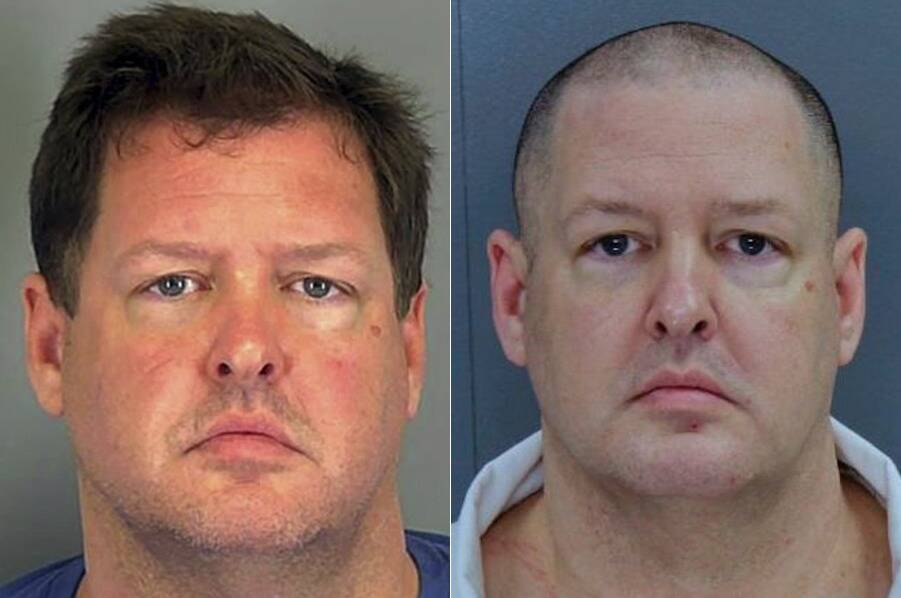 With two degrees and a career as a graphic designer, Todd Kohlhepp seemed to have it all together. The Florida-born entrepreneur even started a real estate firm with a dozen employees in South Carolina, he was learning how to fly planes, and he owned almost 100 acres of land.

It took years for anyone to realize that he was a serial killer. Indeed, beneath Kohlhepp’s professional facade was a man struggling with anger and cruelty since childhood. His father later claimed the only emotion he knew was fury.

That fury first came to a head when Kohlhepp was just 15, and he abducted and raped a Tempe, Arizona, girl at gunpoint. Sentenced to 15 years behind bars, he was released in 2001 — only to go on to murder seven people.

While seasoned homicide detectives were no strangers to such carnal crimes, Kohlhepp would prove to be an anomaly. Dubbed the “Amazon Review Killer” by the press, he had left behind a chilling trail of comments on the popular e-commerce site — for some of the very products he must have used in his grisly crimes.

The Abusive Childhood Of Todd Kohlhepp

Born Todd Christopher Sampsell on March 7, 1971, in Fort Lauderdale, Florida, Kohlhepp’s parents divorced when he was only two years old. Shortly after, his mother Regina Tague married Carl Kohlhepp, who legally became his stepfather in 1976. 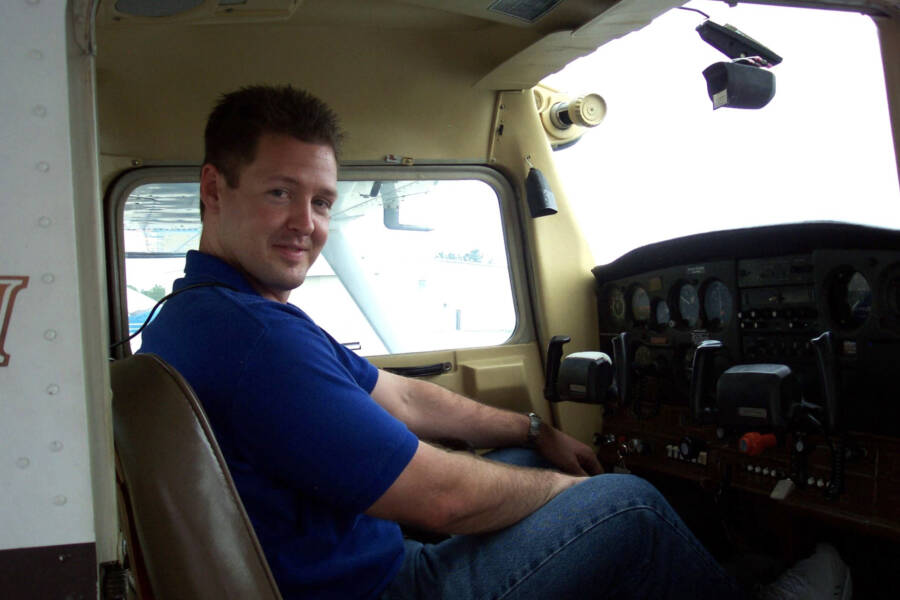 Kohlhepp began to display disturbing traits while living in South Carolina and Georgia in the custody of his mother and stepfather. A known bully, he often destroyed the school projects of his classmates and was thrown out of the Boy Scouts for bad behavior. He even killed a goldfish with bleach and shot a local dog with a BB gun.

But as FBI investigators later determined, Kohlhepp was bullied at home. “He was abused, abandoned, his grandfather hit him with a cattle prod,” said FBI Agent John Douglas. “Even in elementary school, he was a bully. By the time he was nine, he ended up in a mental hospital. He was very, very angry and combative. He really became the product of this very dysfunctional family.”

Kohlhepp despised his stepfather and longed to live with his biological one. He would spend a few years in counseling before that wish actually came true in 1983. With his mother embroiled in her second divorce, it was decided Kohlhepp should live with his father in Tempe, Arizona. Unfortunately, it proved disappointing.

While he enjoyed learning how to “blow things up and make bombs” with his father, Kohlhepp also learned to hate him soon enough, as Sampsell spent most of his time on dates. When he demanded that his mother and stepfather take him back home, they made excuses to keep him in Tempe. 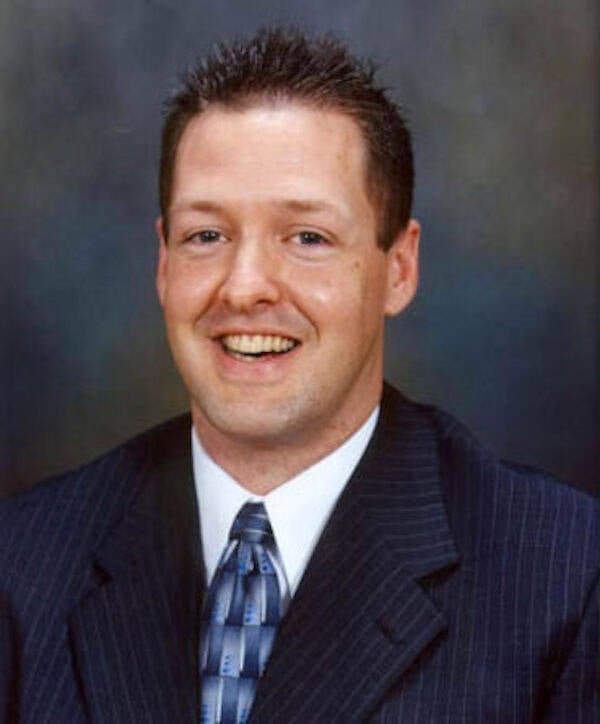 Firstlook TVKohlhepp murdered seven people before he was caught and sentenced.

With his father away, Kohlhepp lured a local girl out of her house by claiming her boyfriend wanted to speak with her. He forced her into his home with a .22-caliber revolver, bound her limbs with rope, and taped her mouth shut. After raping her, he walked her home — warning he’d kill her family if she talked.

Kohlhepp was arrested within hours and diagnosed with borderline personality disorder. His psychiatric evaluation showed signs of emotional disturbance but not psychosis — and an I.Q. of 118. When asked why he raped an innocent girl, he said he was angry at his father. None of his three guardians visited him in jail.

When the juvenile probation officer recommended he be tried as an adult, Kohlhepp accepted a plea deal that would dismiss the sexual assault charge yet require him to register as a sex offender. He was given 15 years without the possibility of parole on Jan. 19, 1987, with stern commentary from the presiding judge:

“At less than the age of nine, this juvenile was impulsive, explosive, ad preoccupied with sexual content. He has not changed. He has been unabatedly aggressive to others and destructive of property since nursery school.” 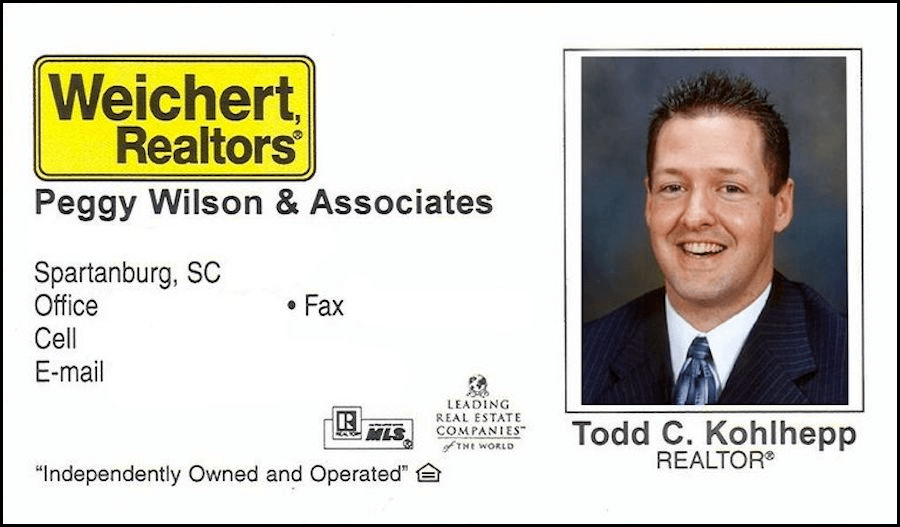 10 Minute Murder/FacebookKohlhepp’s business card prior to starting his own firm.

Released in August 2001, the 30-year-old convict moved to Spartanburg, South Carolina. He got his first driver’s license and found a job at the Seven Sons & Co. sports apparel business by littering his résumé with a fabricated employment history.

On Nov. 6, 2003, the Amazon Review Killer added murder to the list. He had allegedly been laughed out of the Superbike Motorsports store for trying to return a bike. He returned with a gun, killing 30-year-old owner Scott Ponder, his 52-year-old mom Beverly, 29-year-old manager Brian Lucas, and 26-year-old mechanic Chris Sherbert.

He escaped justice for over a decade, but would soon publicly disclose his innermost thoughts online. With a profile called simply “me,” Kohlhepp created an Amazon wish list of products to review. These included items such as chainsaws — and suggested just how bloodthirsty he truly was:

The End To Kohlhepp’s Spree

Kohlhepp got his real estate license in 2006 by failing to disclose his criminal past. His nascent company TKA Real Estate grew rapidly. Kohlhepp ran it from his own home in Moore, South Carolina, which he bought for $137,500.

Now a successful businessman, Kohlhepp purchased 95 acres in Woodruff, South Carolina for $305,632 and enclosed it with a chain-link fence. He continued to leave chilling reviews on Amazon for items such as knives, padlocks, gun accessories, targets, books about emergency surgery — and small shovels.

“Keep in car for when you have to hide the bodies and you left the full size shovel at home,” one review read. “Does not come with a midget, which would have been nice.”

Then In August 2016, his murderous rage returned.

In late August, 30-year-old Kala Brown and her 32-year-old boyfriend Charles Carver were hired to clean Kohlhepp’s compound. On the 31, they were reported missing. Spartanburg County police eventually discovered that both Brown and Carver’s cellphones had given off their last pings somewhere in the area of Kohlehepp’s home.

When they conducted a search of Kohlhepp’s property, they heard banging from a shipping container on his land and found Brown trapped inside. She had been raped, chained up, and in fear for her life for nearly two months by that time.

Brown later testified that Kohlhepp shot Carver in front of her eyes before chaining her up. 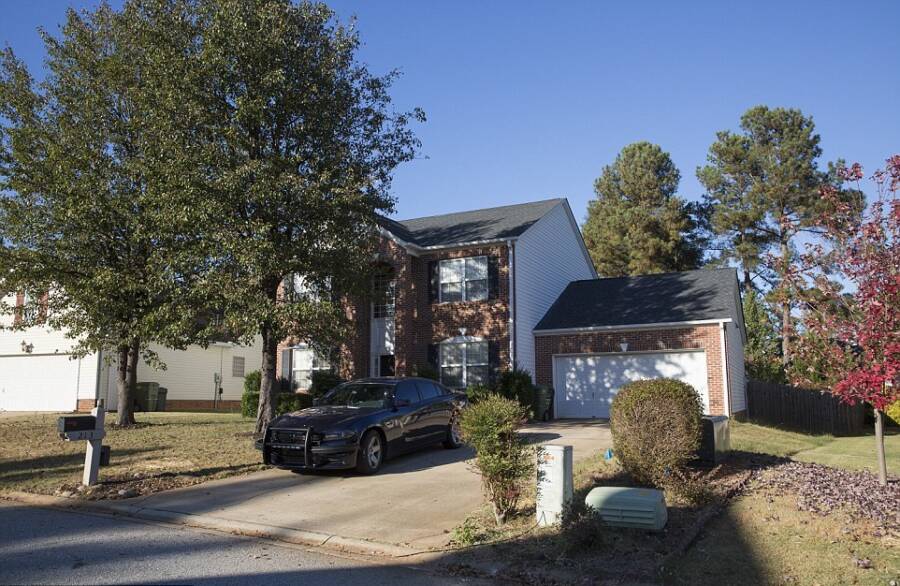 While under arrest, Kohlhepp revealed the location of two more bodies on his property. Identified as 29-year-old Johnny Joe Coxie and 26-year-old Meagan Leigh McCraw-Coxie, they had been missing since December 2015 after having also been hired to clean Kohlhepp’s home. Both had been shot.

Charged with seven counts of murder, two counts of kidnapping, and one count of sexual assault, Kohlhepp pleaded guilty on May 26, 2017, to seven consecutive life sentences without the possibility of parole.

When asked by his mother how many others he had killed, he reportedly said: “You do not have enough fingers.”

After learning about Todd Kohlhepp, the Amazon Review killer, read about Gary Hilton, the grisly National Forest serial killer. Then, learn about the chilling Ice Box Murders of 1965.