Did Mary Reeser Spontaneously Combust — Or Is There Another Explanation For Her Bizarre Death?

In July 1951, Mary Reeser mysteriously burned into a pile of ashes in her Florida home, but the apartment around her suffered almost no damage, leading to theories that she had spontaneously combusted.

The death of Mary Reeser more than 70 years ago continues to baffle people to this day — and for good reason. On the night of July 1, 1951, Reeser was reduced to a pile of ash in her St. Petersburg, Florida apartment. 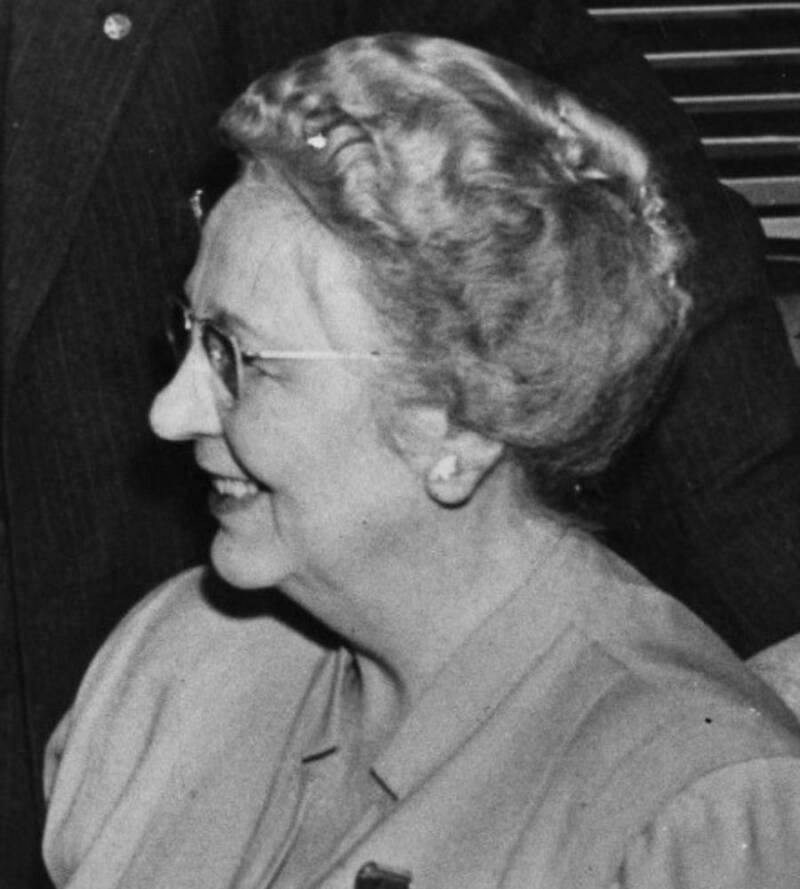 The chair she’d been sitting in at the time of her death burned as well, but aside from a bit of soot and a few melted light switches, the rest of her home was essentially untouched. How had Reeser’s body burned at a high enough temperature to be cremated without destroying the surrounding apartment?

Theories about Reeser’s “spontaneous combustion” soon spread far and wide. Local authorities were so stumped that they enlisted the help of the FBI.

Experts with the agency soon released a report about the death of Mary Reeser, including a simple explanation for the odd circumstances surrounding it. However, many remain skeptical — and the mystery of the “Cinder Woman” lives on.

The Bizarre Death Of Mary Reeser

On the morning of July 2, 1951, Reeser’s landlady Pansy Carpenter dropped by her apartment to deliver a telegram. Carpenter knocked on the door, but nobody answered. According to the Tampa Bay Times, she noticed that the knob was unusually hot, so she called the police.

Officers arrived at the apartment and discovered a pile of ashes where Reeser’s easy chair used to be. Within it, they found the chair’s coil springs, part of Reeser’s spine, her left foot still donning a black silk slipper, and her skull “shrunken to the size of a cup.” Reports at the time noted that the 67-year-old woman had been disintegrated by a blaze of “white-hot intensity.”

Yet for all the damage done to Reeser’s body, the majority of the surrounding apartment remained intact. A nearby candle had melted into a puddle of wax, the plastic light switch covers were warped, and the top half of the room was covered in a thin layer of soot — but everything else was seemingly untouched. Even the sheets on Reeser’s bed just a few feet from the fire were still pure white. 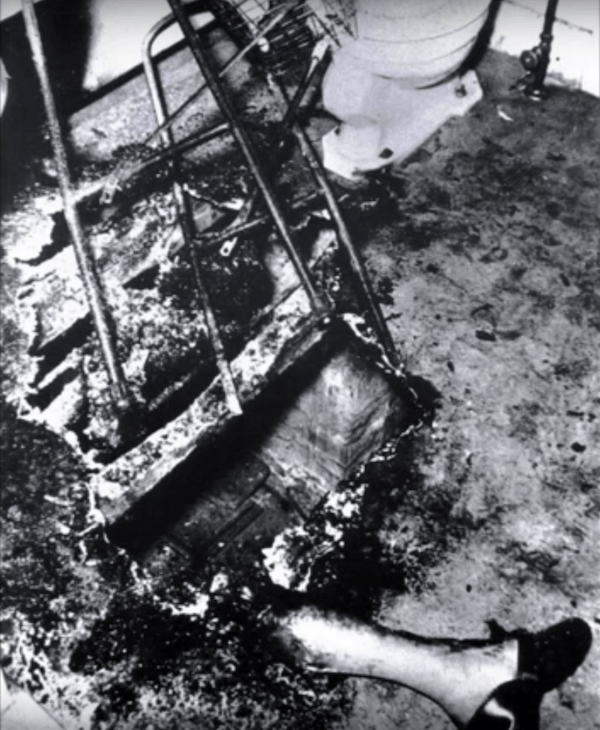 YouTubeMary Reeser’s leg was almost all that was left of her after the fire.

Since it typically requires several hours of steady temperatures over 1,400 degrees Fahrenheit for a body to be cremated, Mary Reeser’s case baffled authorities.

As the St. Petersburg Police began their investigation, they received several strange tips from various sources. One person wrote, “A ball of fire came through the open window and hit her. I seen it happen.” Another claimed someone had murdered Reeser, cremated her off-site, and returned her remains to the apartment to be found.

A month after Reeser’s death, St. Petersburg Police Chief J.R. Reichart released a statement saying the mystery was “the most unusual case I’ve seen during my almost 25 years of police work.” He decided to send a letter to the FBI, writing: “Dear Mr. Hoover, this fire is too puzzling for the small-town force to handle.”

The federal agency soon stepped in to solve the case.

One of the most popular theories about Reeser’s death was that she was a victim of spontaneous human combustion. This happens when a person bursts into flames from a chemical reaction in their body, without any apparent ignition of an external heat source. Though there have been accounts of alleged human combustion since 1663, not all scientists are convinced.

The FBI denied that Reeser had died from spontaneous human combustion, reporting instead that her untimely death was caused by something called the “wick effect.” The wick effect occurs when a person’s body fat feeds a fire for an extended period of time.

“The body becomes ignited from outside cause… Once the body starts to burn there is enough fat… to permit varying amounts of destruction to take place. Sometimes this destruction by burning will proceed to a degree which results in almost complete combustion of the body.” 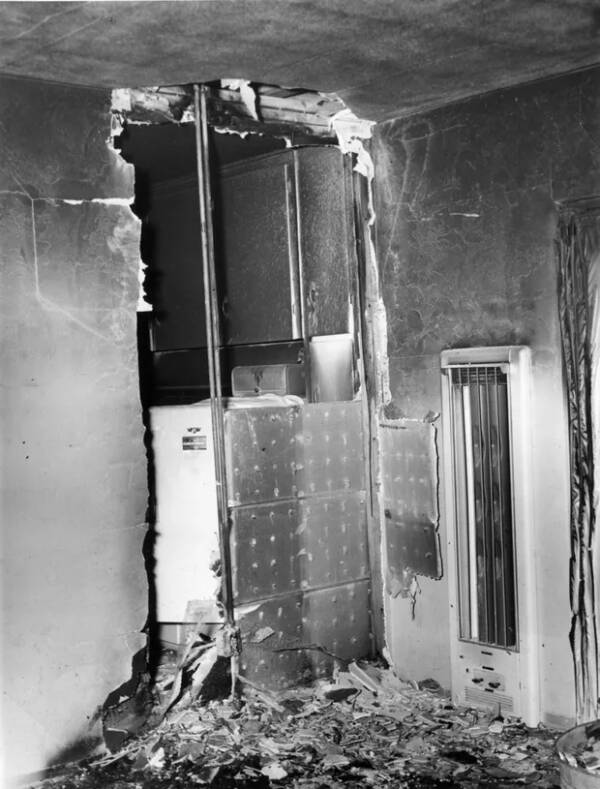 YouTubeAside from the spot where Mary Reeser’s chair was sitting, the rest of her apartment was essentially untouched by the flames.

According to Mary Reeser’s son, Dr. Richard Reeser Jr., who had visited her just hours before her death, his mother had planned to change into her nightgown, take two sleeping pills, and smoke a cigarette before bed.

FBI agents on the case believed that Reeser had fallen asleep while smoking, and hot ash from her cigarette had dropped onto her flammable nightgown and caught it on fire. Perhaps because of the sleeping pills, she died from smoke inhalation before she even knew she was burning. Her body fat — Reeser reportedly weighed 170 pounds — then sustained the flames as they essentially cremated her.

Ernestine Reeser, Mary Reeser’s daughter-in-law, agreed with the agency’s findings: “Mary was a great smoker. The cigarette dropped to her lap. Her fat was the fuel that kept her burning. The floor was cement, and the chair was by itself. There was nothing around her to burn.”

However, despite the FBI’s certainty about the events surrounding Reeser’s death, some experts are still skeptical.

The Enduring Mystery Of The ‘Cinder Woman’

Dr. Wilton M. Krogman, a physical anthropologist from the University of Pennsylvania, was a consultant on Reeser’s case. He said at the time, “I cannot conceive of such complete cremation without more burning in the apartment.”

The fact that only Reeser, her chair, and the rug beneath it burned in the blaze bewildered Krogman, even after the FBI report was released. 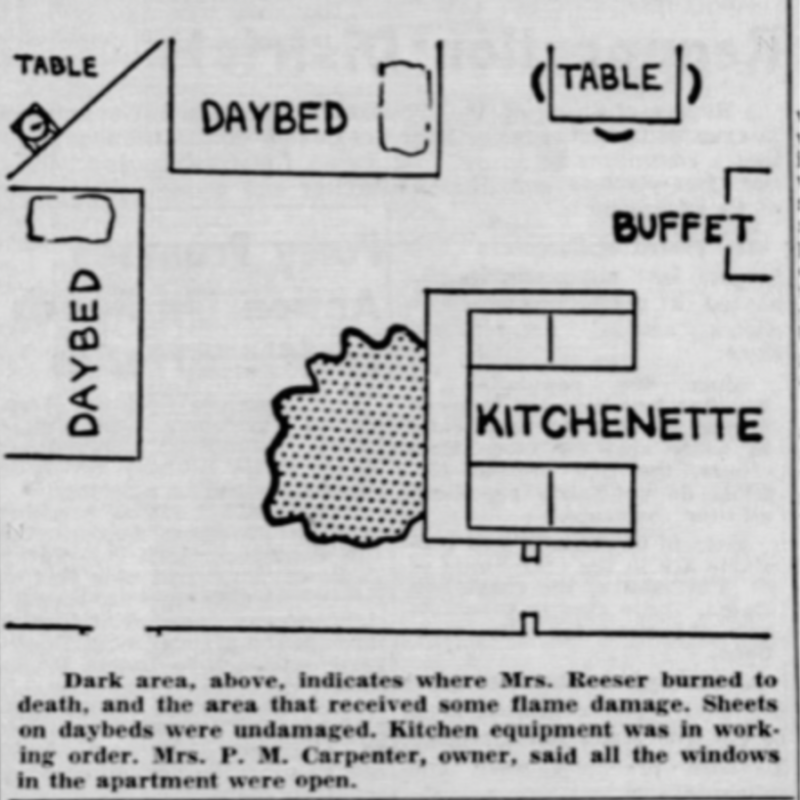 Twitter/@spookyshit_podA diagram of Mary Reeser’s apartment showing the location of the fire damage.

Yet, alternate theories of lightning strikes and arson fueled by chemical accelerants didn’t make much sense either. Perhaps most puzzling of all to Krogman was Reeser’s shrunken skull. In any fire hot enough to reduce a body to ashes, he said, the skull should have exploded.

“I regard it as the most amazing thing I have ever seen,” Krogman said. “As I review it, the short hairs on my neck bristle with vague fear. Were I living in the Middle Ages, I’d mutter something about black magic.”

Whether it was murder, spontaneous human combustion, the wick effect, or even a rogue fireball, the death of Mary Reeser caused quite the stir for many years — and continues to do so to this day.

After learning about Mary Reeser, the woman who seemingly spontaneously combusted, read about the death of singer Gram Parsons and his bizarre cremation at Joshua Tree National Park. Then, go inside the accidental death of Clement Vallandigham, who shot himself while demonstrating how someone else may have unintentionally done the same thing.