Mary Sawyer claimed that a boy named John Roulstone wrote the classic nursery rhyme for her in 1816, but the real origin of "Mary Had A Little Lamb" is subject to intense debate — and has never been setted. 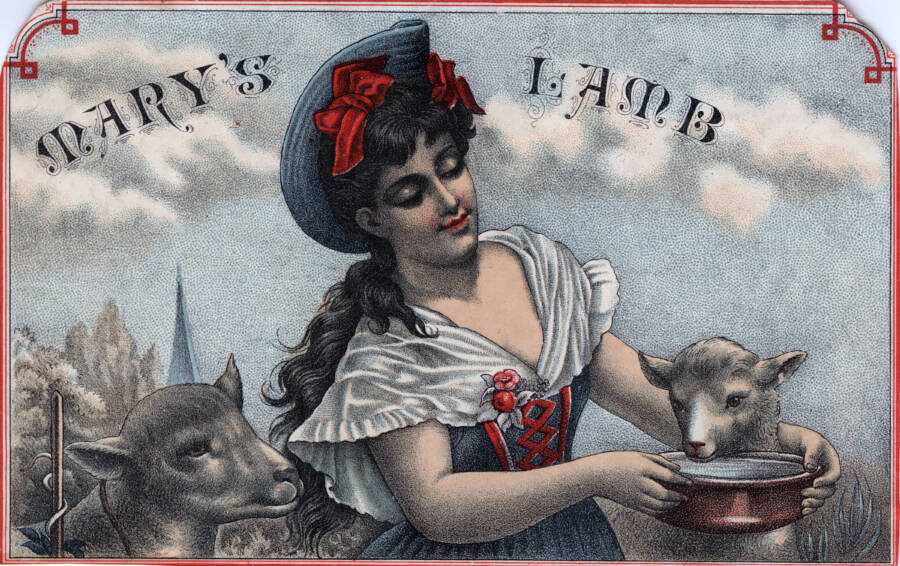 “Mary Had a Little Lamb” is perhaps the most famous nursery rhyme of all time. First published in 1830, the pastoral tale of a young girl accompanied by her young sheep has been enjoyed by children across the United States and Europe for over a century. Even Paul McCartney sang a version of this iconic jingle.

But the origin of “Mary Had A Little Lamb” is more tangled than one would expect. According to many, the song is based on a real incident of the early 1800s involving a girl named Mary Sawyer. After finding a sickly young sheep in her family’s Massachusetts farm, she not only nursed it back to life — but saw it lovingly follow her every step.

Adding intrigue to the tale is the fact that a renowned writer would publish that exact same song in a children’s book years later and claim to have invented the rhyme herself. After years of arguments regarding the song’s true authorship, none other than automobile pioneer Henry Ford even stepped in to pick a side.

In that sense, “Mary Had a Little Lamb” is more than a mere rhyme — and a true part of American history.

The True Story Of Mary Sawyer

Born in 1806 in a farm in Sterling, Massachusetts, Mary Sawyer was fortunate enough to find a new pet while helping her father with chores around the farm. Sawyer and her father encountered a frail lamb that had been abandoned by its mother. Sawyer’s father allowed her to nurse it back to health.

“I got the lamb warm by wrapping it in an old garment and holding it in my arms beside the fireplace,” she wrote. “In the morning, much to my girlish delight, it could stand; and from that time it improved rapidly. It soon learned to drink milk; and from the time it would walk about, it would follow me anywhere if I only called it.” 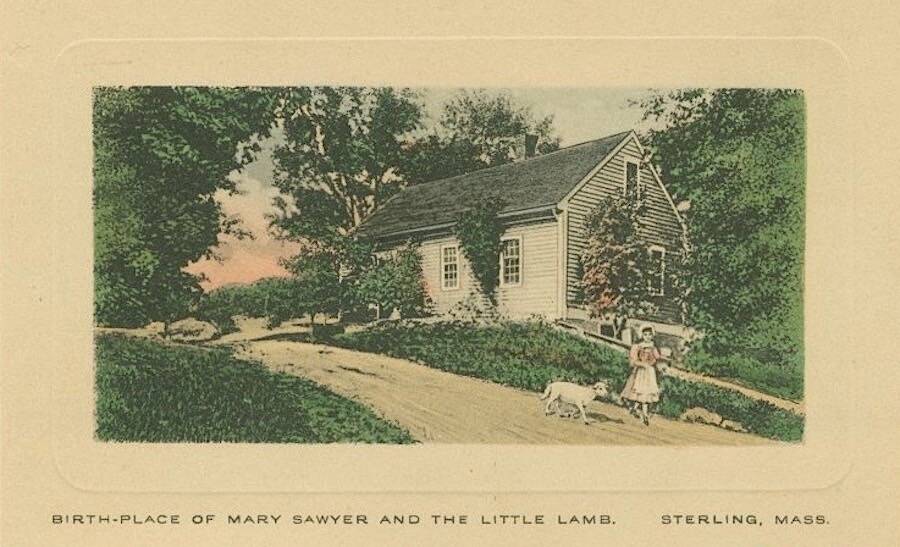 The lamb indeed began following Sawyer — even accompanying her and her brother to school one day on its own. The duo didn’t seem to mind, however, as they even carried the lamb over the stone fence they had to climb to reach the Redstone School. At this point, Sawyer had other problems.

Hoping it would keep quiet and stay hidden, she covered the lamb in a basket under her desk. When she stood up to read out loud for class, however, the lamb bleated and leaped out. While Sawyer said her teacher, Polly Kimball, “laughed outright,” the girl was told to keep her lamb at home in the future.

The very next day, upperclassman John Roulstone handed Sawyer a scrap of paper that contained the now-famous nursery rhyme. While the animal would later bear three lambs of her own, it was killed by one of the family cows at age 4. Roulstone, meanwhile, died when he was 17 — before the controversy began.

What Is The True Origin Of ‘Mary Had A Little Lamb?’

Sarah Josepha Hale was not only an esteemed author and editor, but an influential activist who campaigned for the completion of the Bunker Hill Monument and the creation of Thanksgiving as an American holiday. In 1830, she published Poems for Our Children— including Roulstone’s “Mary Had a Little Lamb.”

Hale had added three stanzas of her own to the end and called the piece “Mary’s Lamb.” Sawyer had no idea how Hale got her hands on Roulstone’s poem, while Hale claimed she came up with it herself. For years, residents of Sterling and from Hale’s hometown of Newport, New Hampshire fought over who wrote it.

Hale was an esteemed figure, having become the editor of America’s first women’s magazine, Godey’s Lady’s Book, after moving to Boston in 1828. It was there that she met a composer named Lowell Mason. Both believed that music could teach children moral lessons, with Hale claiming “Mary’s Lamb” was written as a result. 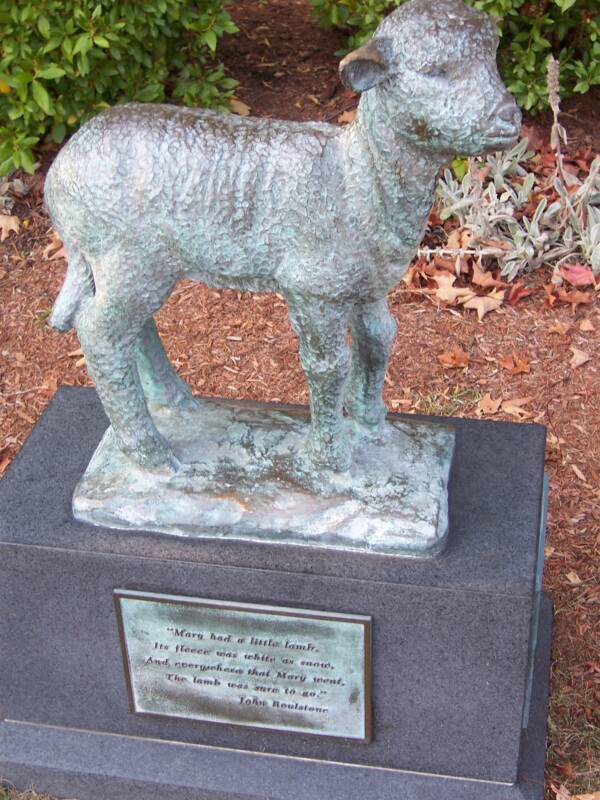 Unfortunately for Sawyer, Roulstone himself and the scrap of paper he had handed her were now long gone. In the meantime, Hale had Mason write a melody for “Mary’s Lamb” which initially didn’t sound like the song we know today. The final melody was ultimately borrowed from a minstrel song called “Goodnight Ladies.”

Ultimately, both Hale and Sawyer signed sworn statements that neither was telling a lie — but died while the controversy continued. Remarkably, Henry Ford was so taken with the feud that he purchased Sawyer’s old schoolhouse in 1927, moved it to Sudbury, Massachusetts, and published a book about Sawyer in her favor.

While Ford’s The Story of Mary and Her Little Lamb gave Roulstone complete writer’s credit, Hale remains most commonly attributed as the author of the legendary nursey rhyme.

After learning about Mary Sawyer and the origins of “Mary Had a Little Lamb,” read about Jewish writer Emma Lazarus authoring the Statue of Liberty’s poem. Then, learn who really wrote “The Star-Spangled Banner.”