Inside The Atacama Desert, The Chilean Plateau That Looks Like Mars

Right between Chile and Peru rests the Atacama Desert. Although it’s not exactly what you would call tiny (its area is over 41,000 square miles), in the public imagination, it often plays second fiddle to the Mojave and the Sahara. But the Atacama is more interesting than either, because it alone is the driest desert in the world — and very nearly the driest place on Earth. 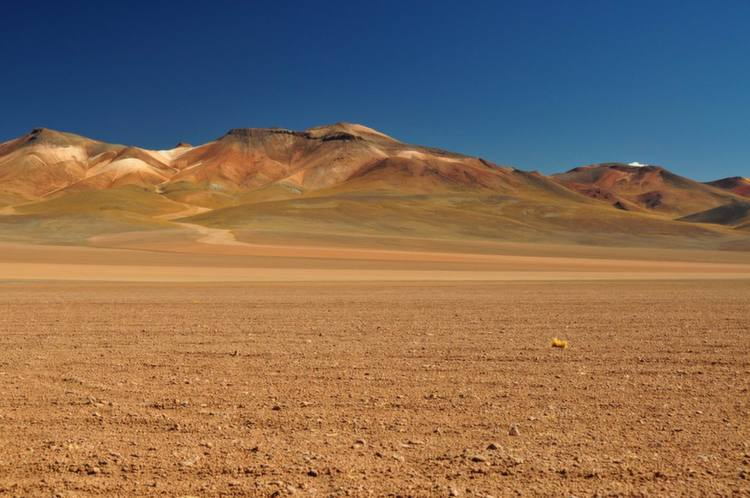 HD Wallpapers InnThe driest desert in the world, the Atacama Desert is full of surprises.

Welcome To The Atacama Desert, Nearly The Driest Place On Earth

The exception is Antarctica’s Dry Valleys. This polar region hasn’t seen any precipitation in nearly two million years; whipping Katabatic winds draw moisture-laden clouds away from the basin, making it truly the driest place on earth. 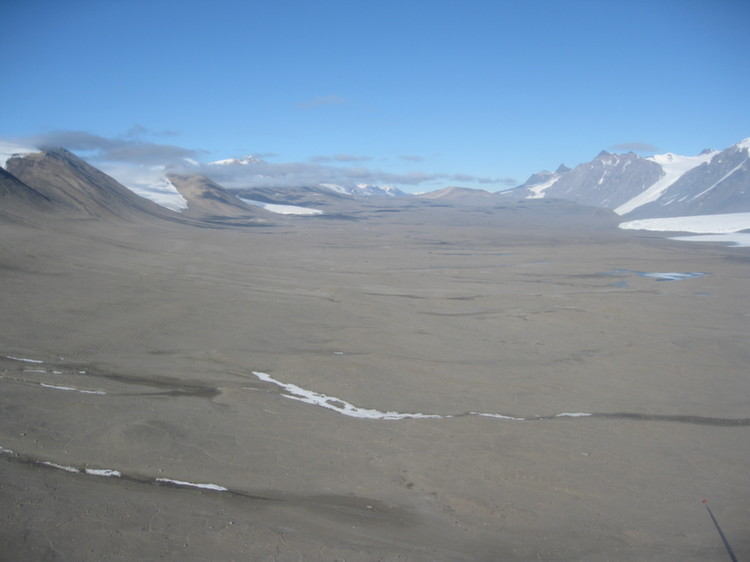 The actual driest place on Earth.

But the Atacama Desert is a close second, and it is dramatically drier than any other non-polar desert on the planet. Its entire surface area receives an average of less than 0.6 inches of rainfall every year, and many locations get considerably less.

Some years see no rain at all. The region is prone to long periods of drought, and climate scientists suspect that the desert received virtually no precipitation between 1570 and 1971 — a period of over 400 years. 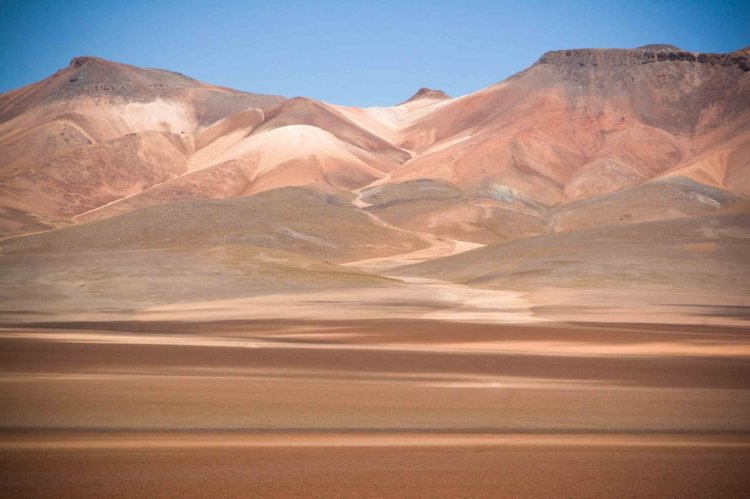 Then there are the parts of the Atacama that, as far as weather stations can tell, have never received any rainfall. Ever.

Why Is The Atacama Desert So Dry? 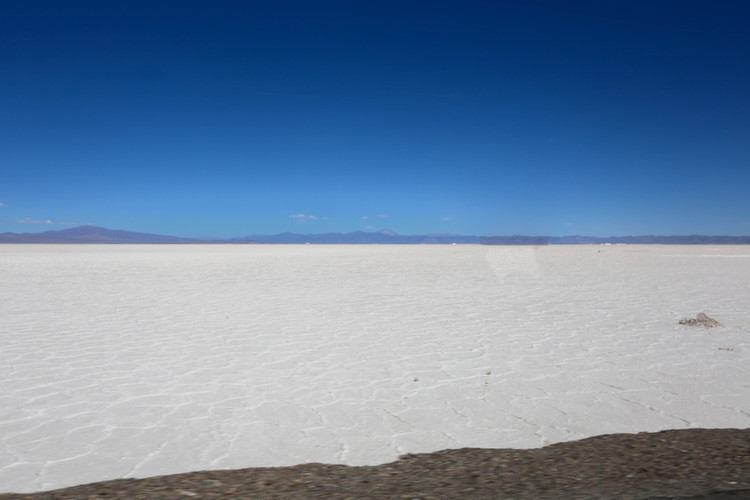 Here Where We AreThere are times when the Atacama looks like a completely alien world.

Oddly, part of the answer lies in the fact that it’s situated next to the Pacific Ocean. The Pacific’s Humboldt Current draws the coldest water from the bottom of the ocean up to the surface, and the wind carries the cool air inland.

The result is what weather scientists call thermal inversion: the warm, moisture-filled air is higher up, while the cold, dry air is closest to the earth, producing a mild but very dry climate. 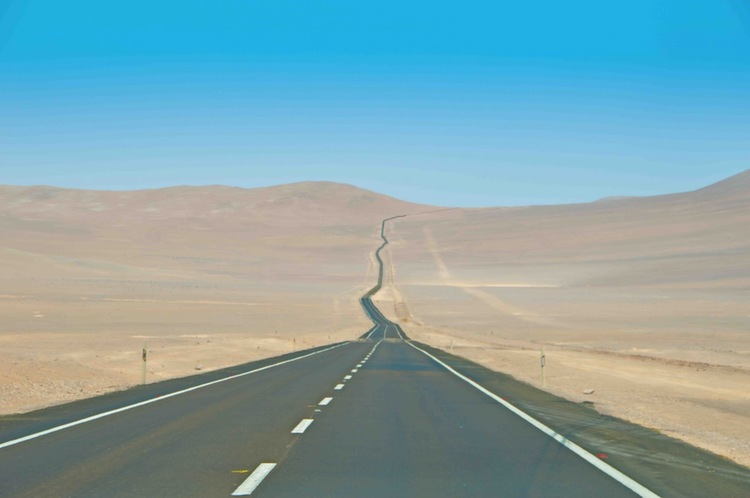 The only road crossing the desert.

Then there’s the fact that the Atacama has traded iconic desert sand dunes for snow-dusted peaks over 20,000 feet high. Since the desert is located in the rain shadow of two major mountain ranges, it misses out on much of the rest of the region’s rainfall. 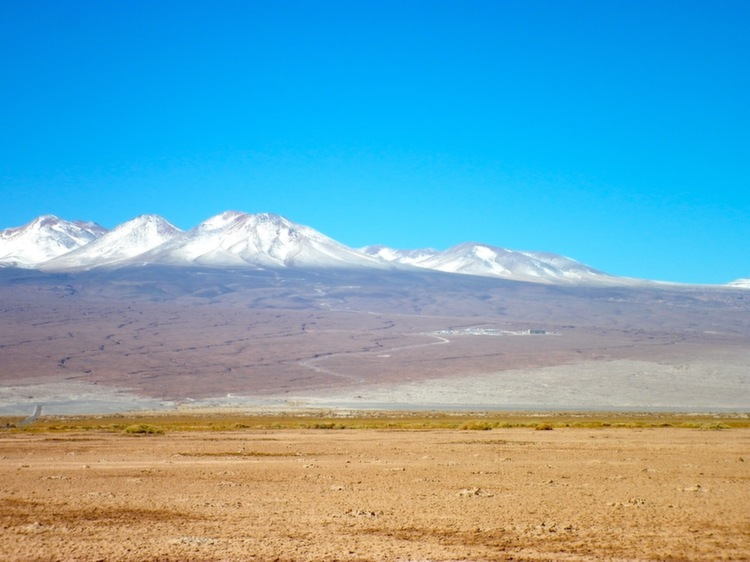 Snowy mountains are not something you usually expect to find around the desert.

Wikimedia CommonsAnd yet, here we are. 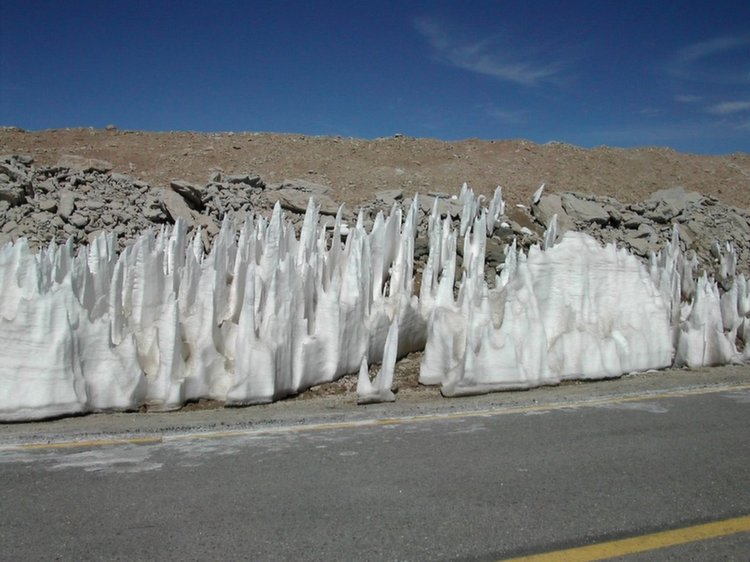 These conditions have endured for eons; some scientists estimate that the land has been a desert for over three million years. That would mean the Atacama isn’t just one of the driest places on earth — it’s also the planet’s oldest desert.

Can Anything Survive In The Driest Desert In The World? 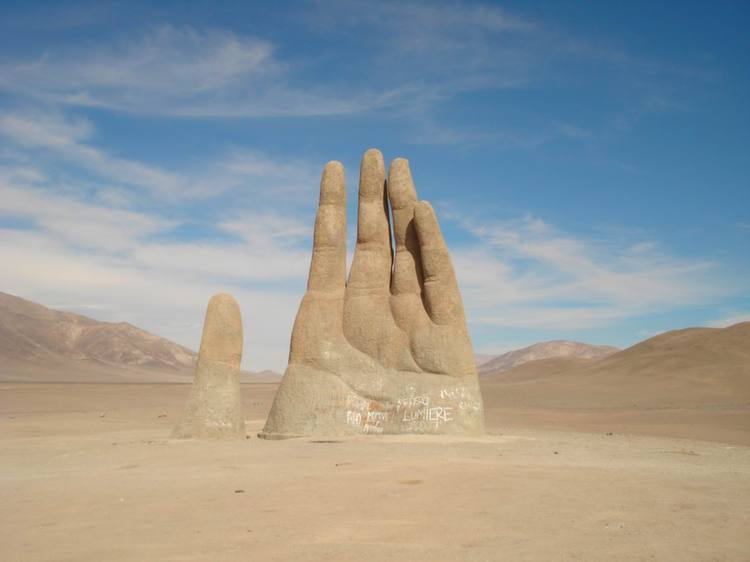 In the middle of the desert, you might be surprised to find a giant hand sculpture called Mano del Desierto.

In such a climate, it’s not surprising that many believe the desert is entirely void of life. This, however, is only partially true.

There are indeed some areas of the desert that are too dry for even bacterial life — as evidenced by the fact that NASA has used the Atacama as a proving ground for the devices that rovers use to search for life on Mars. 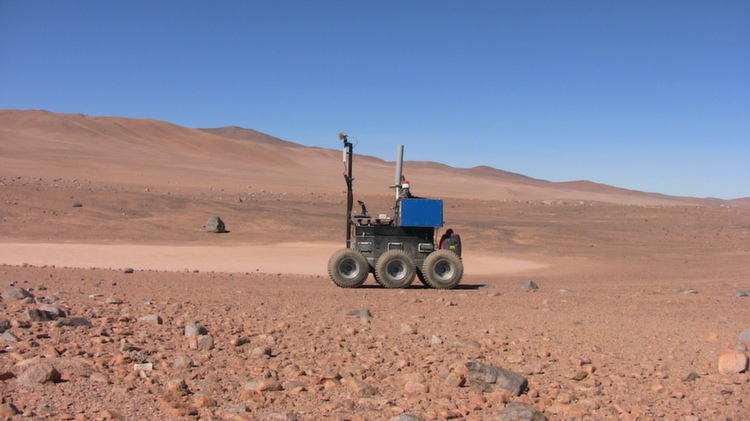 European Space AgencyThat is an ESA rover in the Atacama Desert. Must’ve taken a wrong turn at Albuquerque.

And NASA isn’t the only group to notice the desert’s resemblance to the red planet. For years, the Atacama has been a popular choice as a filming location for Mars scenes in movies and TV shows. 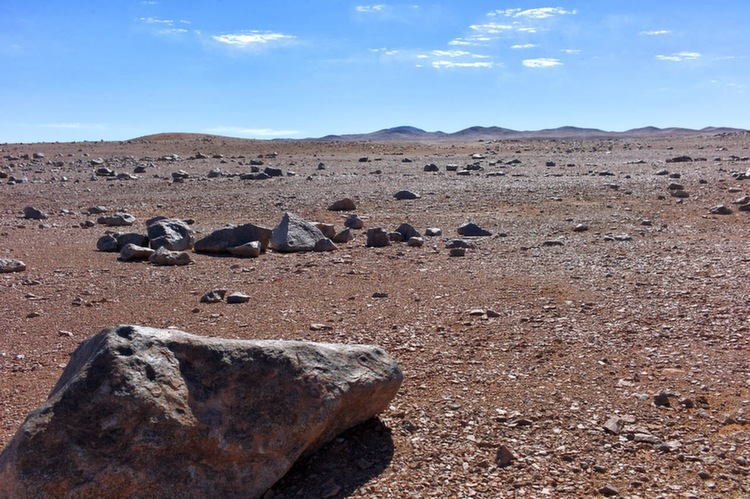 So if you’ve ever wondered what it would look like on Mars, just take a trip to Peru.

Other regions of the desert, however, are anything but lifeless. 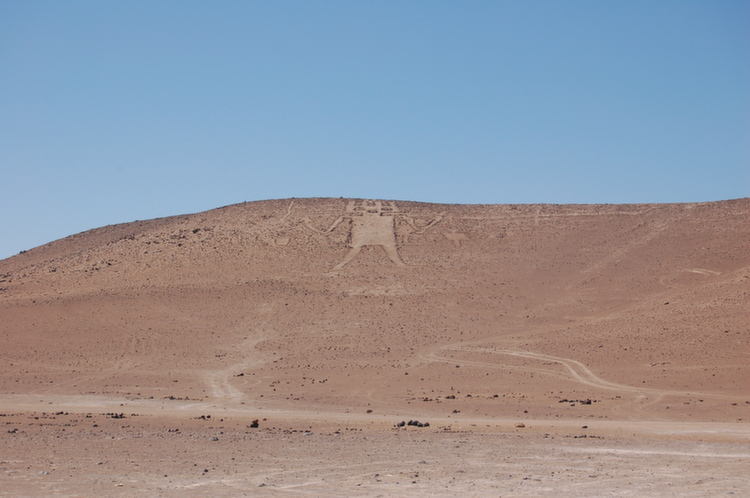 The desert even has its own famous geoglyph: the Atacama Giant.

Hardy plants like lichen, saltgrass, and cacti can survive, even in one of the driest places on earth, with an astonishing trick. Unable to count on infrequent rains to sustain them, they draw their water from the camanchaca, the marine fog that rolls in off the Pacific.

Some insects can make their home in the Atacama, including grasshoppers and beetles, and where there are insects, their predators follow: birds, a small number of lizards, and even fewer frogs.

Humboldt Penguins nest in the cliffs where desert meets ocean, swimming in the cold currents nearby, and brilliant pink flamingoes venture into the salt flats when there are algae to eat. 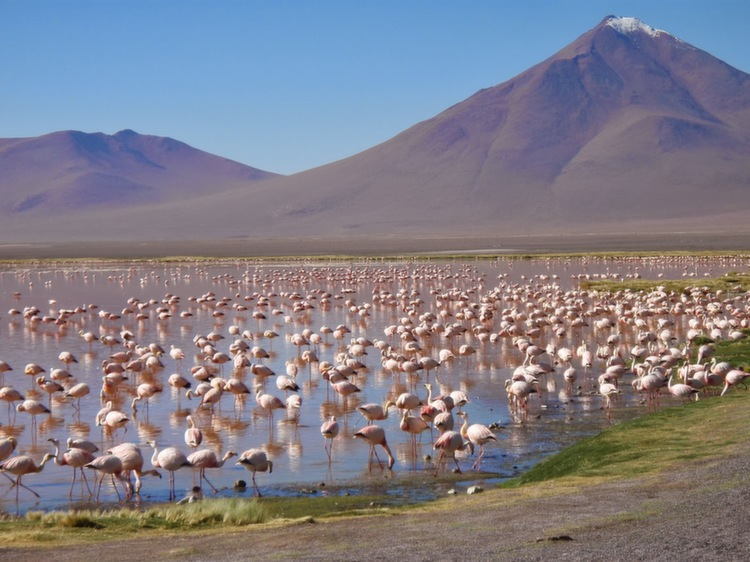 Some of the most famous inhabitants of the Atacama.

But if you want to see color in the Atacama Desert, there’s nothing better than the desert flowering. In El Niño years, when the ocean currents bring warmer waters and hot, moisture-filled winds to the arid land, rare fall rains can sustain fields upon fields of beautiful wildflowers. Tourists flock to the region to witness the special event.

When the desert blooms, people come from around the world to see the fields of flowers.

Astronomers, too, are frequent visitors, as the perennially cloudless skies and lack of light pollution make it one of the best places in the world to observe the night sky.

It makes the roughly one million people who live on the Atacama’s arid edges seem a little less crazy for having chosen the Atacama as their home. The land may be unwelcoming, but it’s full of rare and spectacular beauty.

Enjoy this look at Atacama Desert, one of the driest places on Earth? See more desert wonders and read up on Desert Breath, the unbelievable art installation in the middle of the Sahara. Then check out Kolmanskop, the town swallowed by a desert.