The Story Of Mary Toft, The Woman Who Gave Birth To Bunnies And Fooled All Of England

The idea that Mary Toft gave birth to rabbits is ridiculous. The fact that most of Britain believed her story is even more astounding. 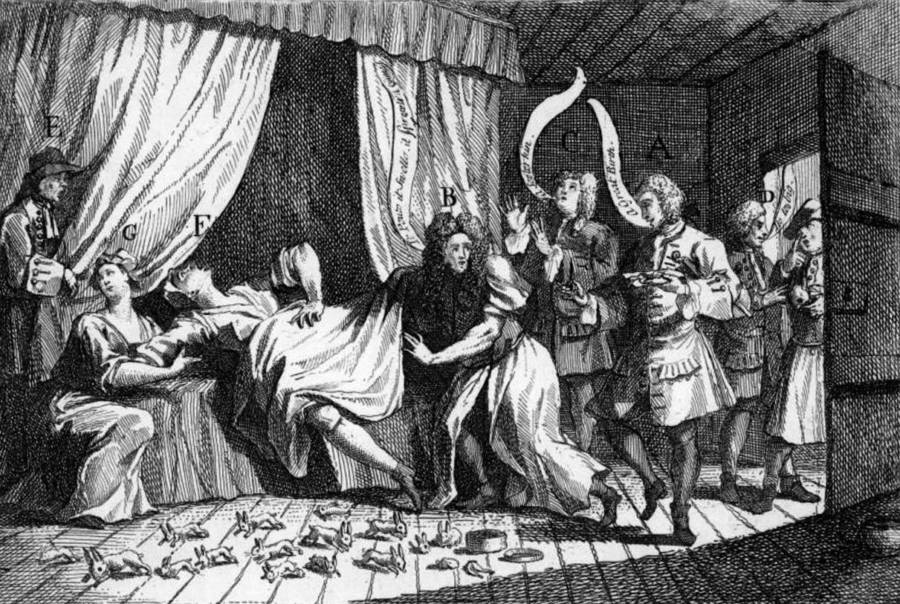 What if dreaming of something could make you give birth to that thing?

In the case of Mary Toft, in 1726, she convinced much of Britain that she was giving birth to rabbits. Here’s how it happened:

Mary Toft was a poor, uneducated 25-year-old woman living in Surrey. In August, she reportedly had a miscarriage, but still appeared to be pregnant. And in September, she is said to have given birth to something that looked like a “liverless cat.”

John Howard, an obstetrician, was called to investigate and, on his arrival, Toft seemed to produce more animal parts from her womb.

After he had delivered a rabbit head, cat legs, and nine dead baby rabbits, Howard decided to seek the medical opinions of some of the country’s most prominent doctors. He wrote letters to many experts and word eventually reached the king.

Mary Toft then became a national celebrity. People offered to pay to see her, and she was moved to a nicer home so that she could be inspected more closely by medical professionals from far and wide – some who had been sent by the curious king himself.

Facing some skepticism, she explained that she had been chasing a couple of rabbits one day and then dreamt about the same bunnies that night. She was woken up from this reverie by a strange fit, and had been giving birth to dead animals ever since. Go figure. 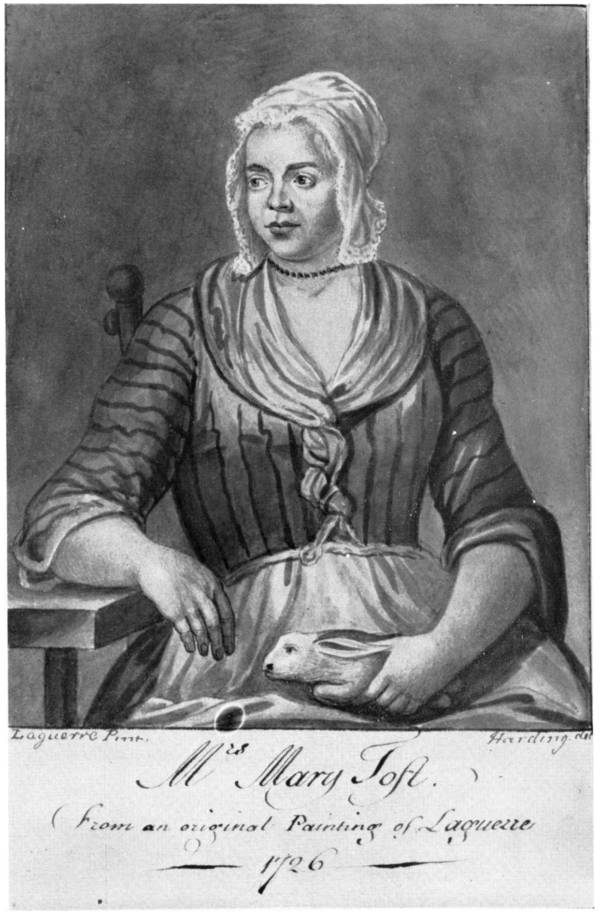 Though some doctors were convinced of the miraculous phenomenon, many weren’t fooled. One found bits of hay and grass in the rabbits’ stomachs and another found a servant sneaking a tiny bunny into Mary Toft’s room.

Toft was then taken into custody for pranking the entire country.

Faced with the servant’s testimony, the new star still refused to confess. That is, until police suggested she undergo a painful surgery so that the scientific community could more fully understand how her magical uterus worked.

Mary Toft was then put in jail where many tourists continued to visit her – intrigued by a woman who would undertake such a desperate stunt.

It was later revealed that at night, Toft’s mother-in-law helped the clearly troubled young woman arrange the animals in a way that would allow doctors to “deliver” them the following morning. As you might imagine, that act caused a serious infection.

But Toft’s stay in the slammer was brief. Doctors and scientists saw the spread of the story as an embarrassment to their entire field and country. They had Toft pardoned, in hopes that she would retreat from the public eye and fade into obscurity.

That didn’t exactly happen, though: Toft’s story continued to reappear in art and literature – even making a cameo in the works of Jonathan Swift, the famous author of Gulliver’s Travels.

It’s hard to imagine why anyone would want to pull a stunt like this. But even with her discovery, it seems that Mary Toft got what she wanted: An escape from anonymity.

After all, here we are writing about her nearly 300 years later. And when she died in 1763, her obituary appeared next to the most prominent celebrities and statesmen of the day.

All for giving fake birth to bunnies.

If you thought this stunt was interesting, check out seven hoaxes that fooled the world or four of the most elaborate pranks ever pulled off.