Despite facing the conservative culture of 1980s Iran, Maryam Molkara helped convince the nation’s leader to make sex reassignment procedures legal — a legacy that remains to this day. 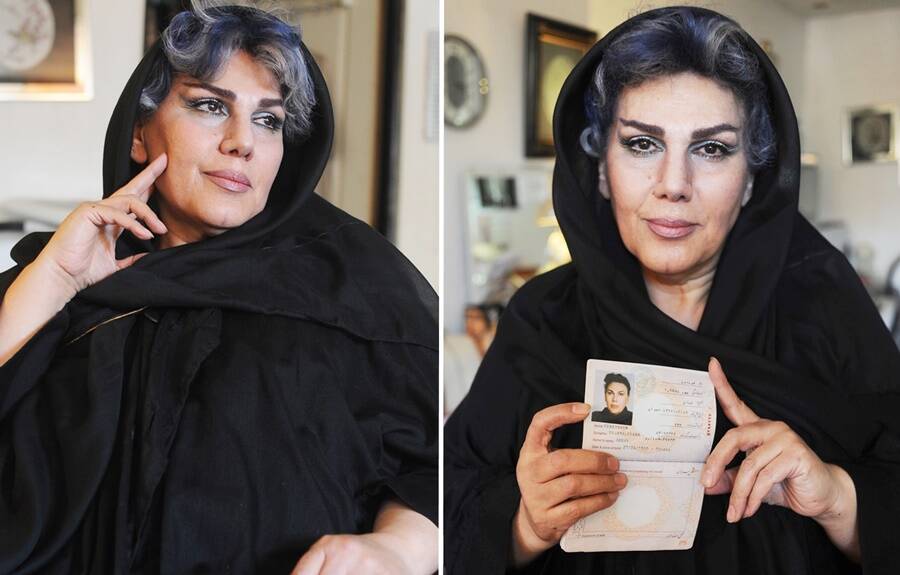 Maryam Khatoon Molkara made history in the 1980s when, as a transgender woman, she secured a religious decree from conservative Iran’s highest authority to officially allow gender reassignment surgery for herself — and for other trans people in her country.

Here is the activist’s remarkable story. 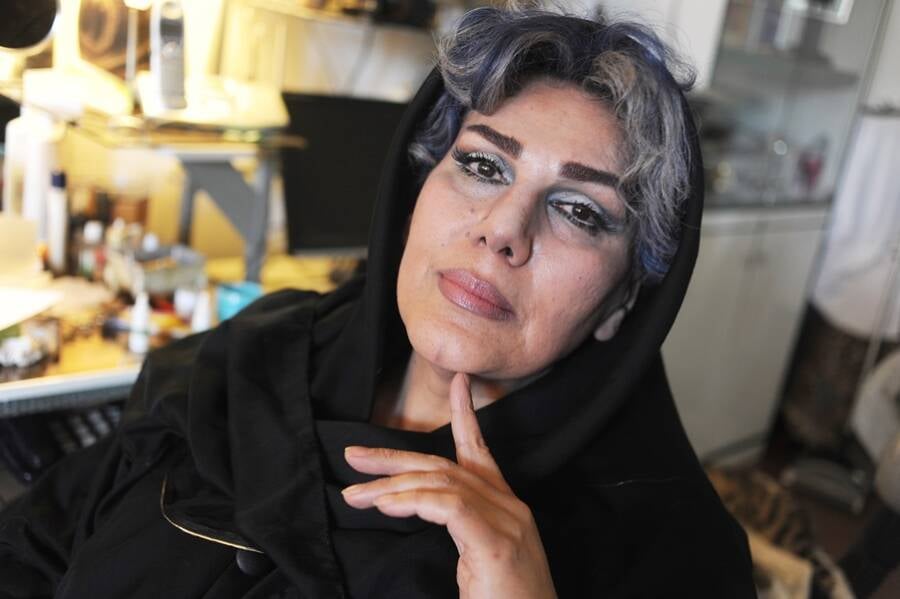 Although she was assigned male at birth, Maryam Khatoon Molkara knew from an early age she was meant to be a girl.

Born in a seaside Iranian town in 1950, she would scream in protest when her family dressed her in boy’s clothing. As a youngster, she wanted to play with dolls instead of “boy’s toys.” Her first crush was the neighbor’s son.

“Every night I prayed for a miracle,” Molkara told the Independent. “But in the morning I looked at my body and it hadn’t happened.”

When she got older, Molkara landed a part-time job as a care assistant at a nearby hospital. It was there where she encountered another trans person, who told her that she was a woman, not a gay man.

Her new friend suggested that she consider gender affirming surgery.

Molkara later took a job at a salon and began venturing into Tehran’s nightlife, where she was able to embrace her true identity more freely.

“I still wore men’s clothes, but in a very feminine way,” she said. “One night, I was standing in the street waiting for a taxi and wearing a black velvet suit with red flames on it. A car stopped and several men leaned out and called excitedly to me. When they called me sister I knew they were like me.”

Maryam Khatoon Molkara’s newfound life in Tehran’s LGBTQ community gave her renewed courage. She moved in with her boyfriend, dressed in effeminate clothes, and came out as transgender to her mother.

However, her mother refused to accept her. Guilted by her mother’s reaction, Molkara opted for hormone treatment instead of the gender reassignment surgery she wanted.

Homosexuality was — and still is — illegal in Iran and punishable by death. Since Molkara was assigned male at the time and dating men, she was violating Iranian law. Molkara knew her life depended on undergoing gender confirming surgery to fit her true identity as a woman.

To do that, she needed the blessing of Iran’s highest religious figure. 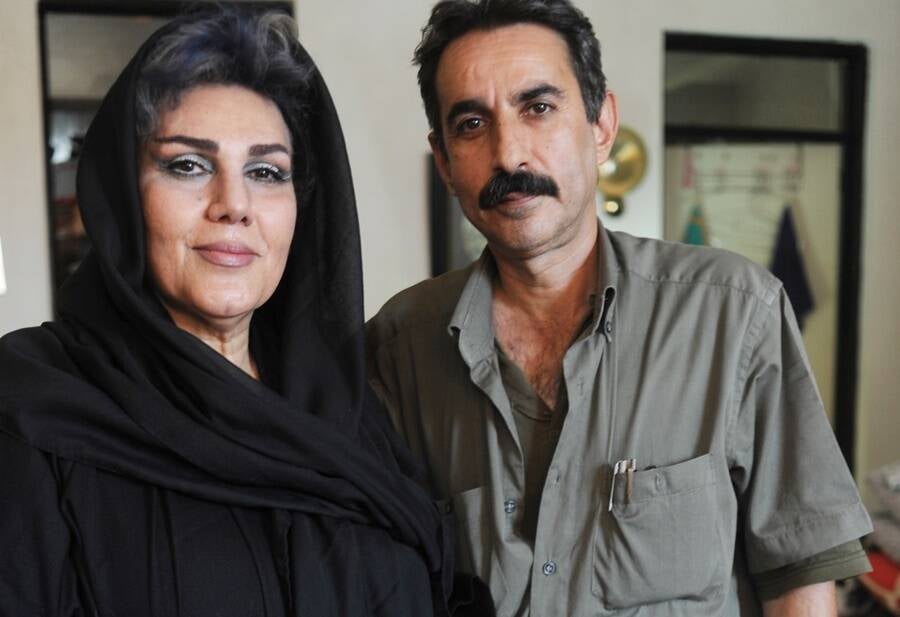 Kaveh Kazemi/Getty ImagesMolkara with her husband Mohammed. After her surgery, she founded an organization to support other transgender people in Iran.

Maryam Khatoon Molkara’s freedom as a trans woman in Iran hung on her ability to undergo gender affirming surgery. But she knew that even after the surgery, Iran’s Islamic mandate — like many conservative religious countries — could still potentially threaten her life.

The only way she would be safe is if her surgery was protected through a fatwa, or what is known as a ruling on religious law.

At the time, the late Ayatollah Khomeini was the supreme leader on the country’s Islamic law. Coincidentally, Khomeini had addressed gender issues in his 1963 book, indicating there was no religious scripture that prohibited gender confirming surgery.

However, at the time this topic only addressed intersex people, who had both male and female genital characteristics.

Molkara wrote several letters to the Ayatollah pleading her case. In 1978, she flew to Paris, where the exiled opposition figure lived, to speak to him in person. Khomeini told her to fulfill her Islamic obligations as a woman, but he did not give his blessing for her surgery.

Meanwhile, Iran’s Islamic revolution was raging. Many gay people were jailed, while others were killed for their “sexual deviancy.”

Molkara herself was fired from her job, forced to endure male hormone injections, and taken to a psychiatric institution. Luckily, her contacts with prominent clerics helped free her.

“I couldn’t continue like this,” she said. “I knew I could get the operation easily enough in London, but I wanted the documentation so I could live.”

Desperate to secure the legal documents she needed to validate her gender confirming surgery, Molkara hatched a bold plan: She would, again, plead to Ayatollah Khomeini in person.

Trans people still face discrimination in Iran despite the fatwa.

Dressed in a men’s suit, sporting a bushy beard, and carrying the Qur’an, Maryam Khatoon Molkara walked into the Ayatollah’s heavily protected Iranian compound in 1983. She had also tied shoes around her neck, a religious Shia symbol to indicate her intent of seeking shelter.

Despite her display of peace, the house guards beat her, only stopping when Khomeini’s brother, Hassan Pasandide, intervened.

After she was taken inside the house, Molkara was given a chance to speak with Khomeini’s son, Ahmad. In an impassioned plea, Molkara tried to relay her distress. She began screaming, “I’m a woman, I’m a woman!”

She ripped off the band wrapped around her chest, revealing fully-formed women’s breasts, a result of her hormone therapy. The women present in the room quickly covered her naked breasts with a chador.

Moved to tears by her story, Ahmad and the others decided to take Molkara to see the Ayatollah, in person.

“It was behesht [paradise],” Molkara recalled. “The atmosphere, the moment and the person were paradise for me. I had the feeling that from then on there would be a sort of light.”

According to Molkara, Khomeini had chastised the mistreatment she received upon her arrival, especially since she had been seeking refuge.

Khomeini consulted with three doctors whom he trusted about Molkara’s identity.

“Khomeini didn’t know about the condition until then,” Molkara said. “From that moment on, everything changed for me.”

She left the compound battered, bruised, and emotionally drained — but with a letter. In this letter, the Ayatollah addressed the chief prosecutor and the head of medical ethics to give the fatwa allowing her and other trans people to have gender affirming surgery.

The Legacy Of Maryam Khatoon Molkara

The decree from the 1980s transformed Iran into the most accepting of transgender rights among Middle Eastern countries. However, Iran’s face-value support does not equate to an acknowledgment of LGBTQ rights.

In Iran, gender affirming surgery is merely considered an “antidote” for trans people. They continue to be subjected to discrimination and death threats, which sometimes come from their own families.

After the revolutionary fatwa for her surgery, Maryam Khatoon Molkara faced many more hurdles. It took several years before Molkara finally underwent her operation in Thailand, due to her dissatisfaction with procedures in her native country. However, the government still paid for her surgery.

Soon after, she founded an organization to support other trans people in her country — a cause that remained crucial to her until her death in 2012.

Despite Iran’s shortcomings on LGBTQ issues, there is no doubt Molkara’s courageous fight to be recognized as her true self — as a woman — helped push the needle for her country.

Next, read about the transgender man who gave birth to a baby boy — and had a strong message for his haters. Then learn about five realities about being transgender that you won’t see on TV.