After 30 Years Of Hard Work Saving His Species, Diego The Tortoise Is Retiring From Mating

Following decades of captive breeding, 130-year-old Diego — once just one of three living males left of his species — will finally be getting some rest. 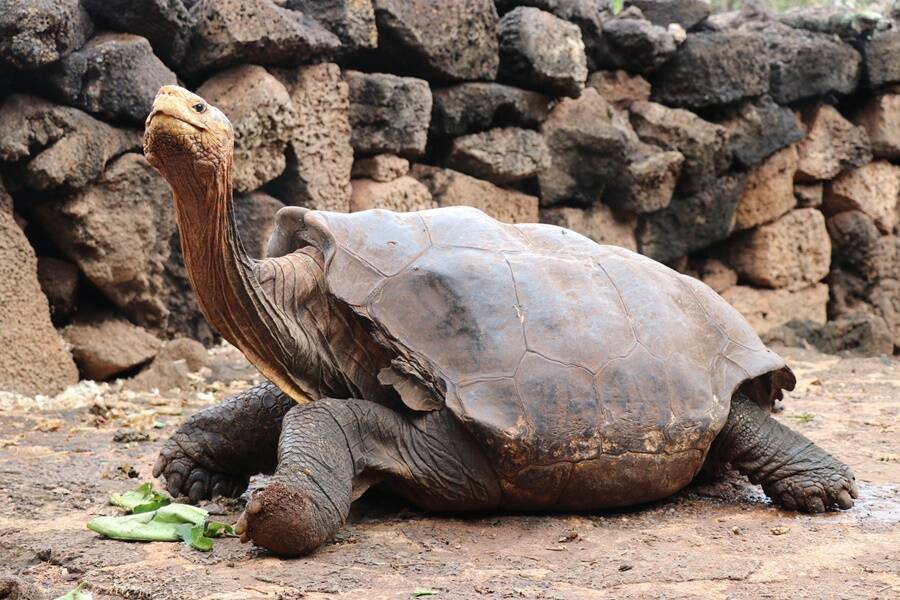 In the captive breeding program at the Fausto Llerena Tortoise Center on the Ecuadorian island of Santa Cruz, one giant tortoise stands above from the rest. His name is Diego, a male of the endangered giant tortoise species (Chelonoidis hoodensis) native to the Galápagos Islands. Thanks to Diego’s “exceptionally high sex drive,” however, Diego is being credited as the key to his species’ recovery from near extinction.

According to the New York Times, the centenarian tortoise is credited as one of the main drivers of the giant tortoise species’ remarkable comeback since their population’s severe decline in the 1970s.

They became endangered due to easy access to the island by pirates and fishermen who began hunting them for food in the 1800s. Among those who feasted on these giant creatures was Charles Darwin, who developed the theory of natural selection during his visit to the Galápagos.

“We lived entirely on tortoise meat, the breastplate roasted… with flesh on it, is very good; and the young tortoises make excellent soup,” Darwin described in his journal in 1839. The tortoises also had to compete with feral goats which overpopulated on the islands. 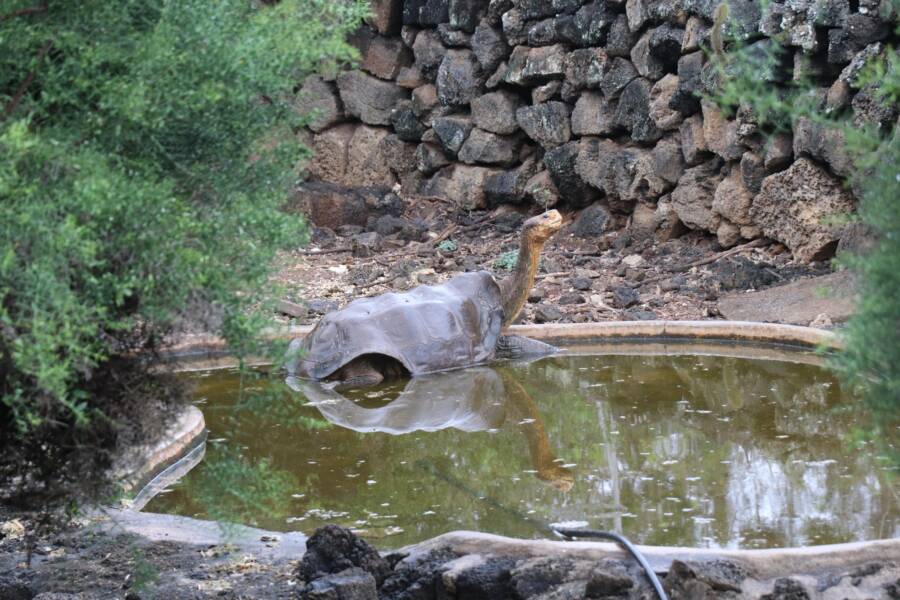 Parque Nacional Galápagos/FacebookDiego in his habitat at the Galápagos National Park, where he fathered more than 40 percent of the offspring produced there.

Now, decades later, more than 1,000 tortoises inhabit their native island of Española among the Galápagos, and Diego’s insatiable appetite to mate proved crucial to the breeding program’s success.

When the breeding program at the Galápagos National Park started in 1965, there were only 14 giant tortoises left to breed — 12 females and only two males. Then, in 1976, the park was graced by a third male tortoise, Diego, who was returned from his captive habitat at the San Diego Zoo to take part in the breeding program.

With 15 of the animals in their care, the initial goal of the program was to increase the population of the giant tortoises on Pinzón Island. Five years later, the program expanded its objective to help recover the animal’s declining population on Española Island as well.

According to Galápagos National Park Director Jorge Carrión, the animal’s population has since been increased to 2,000 through the park’s breeding program which will soon be disbanded since its conservation goal was met. The announcement was made last week, marking the end of the successful program — and Diego’s retirement.

Through paternity test results, researchers found roughly 40 percent of the offspring produced through the breeding program in the last 30 years were fathered by Diego.

But it turns out, the ancient tortoise isn’t the top contender for most offspring produced. Another “less charismatic” male tortoise dubbed E5 fathered 60 percent of the program’s tortoise babies. Despite this, Diego’s active behavior and high sex drive has garnered more attention both from female mates and the press. 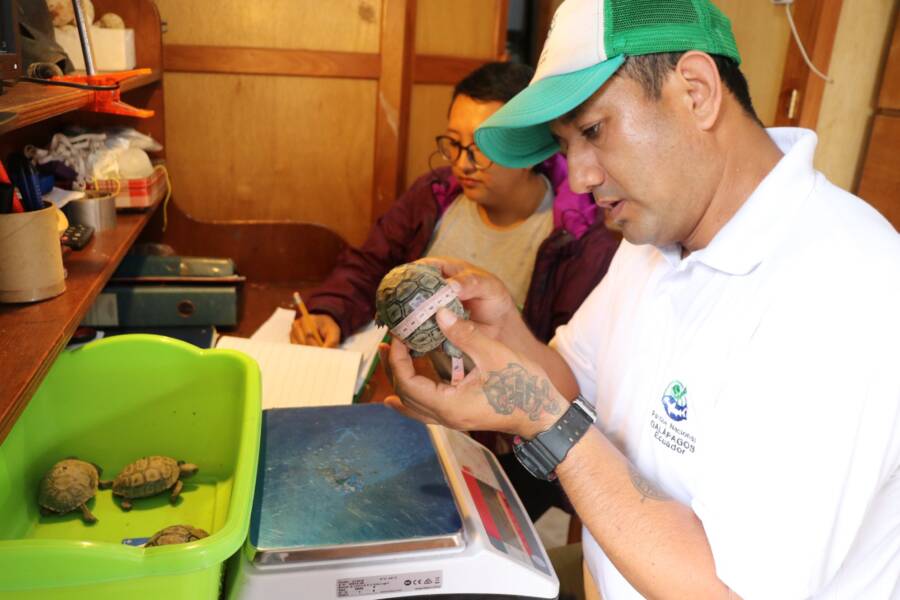 Parque Nacional Galápagos/FacebookSince the breeding program started, it has increased the species’ population from 15 to 2,000.

“Without a doubt, Diego had some characteristics that made him special,” Carrión said of the tortoise’s popularity. With his limbs fully stretched, Diego’s body extends to about five feet with a weight of about 176 pounds. As for Diego’s age, it’s estimated that he’s lived for at least 130 years.

“It might come as a surprise to many but tortoises do form what we would call ‘relationships,'” James P. Gibbs, a professor of environmental and forest biology at the State University of New York in Syracuse, explained. Diego, Gibbs said, was “quite aggressive, active and vocal in his mating habits and so I think he has gotten most of the attention.”

In contrast to Diego’s success story, another giant tortoise of the Chelonoidis abingdonii species, bestowed the unfortunate name Lonesome George, was the last male of his kind and spent years rejecting females before his death in 2012. Later scientists discovered an anatomical ailment affecting his reproductive organ was likely the cause of his refusal to mate.

Now that Diego no longer has to contribute to the survival of his species, the retired shelled stud will be returning to his natural habitat on Española Island in March. Between the species’ recovered population and the island’s environmental restoration, officials and researchers are confident the animals will continue to thrive there for decades to come.

Now that you’ve caught up on the giant tortoise Diego and his retirement from reviving his species, read about the unexpected rediscovery of the rare Galápagos tortoise species thought to be extinct since 1906. Next, learn about Jonathan, a male Seychelles giant tortoise that, at 186 years old, is the oldest-known living tortoise.