Now, this mother can't even get antibiotics to treat her children's burns because she's under investigation by the state. 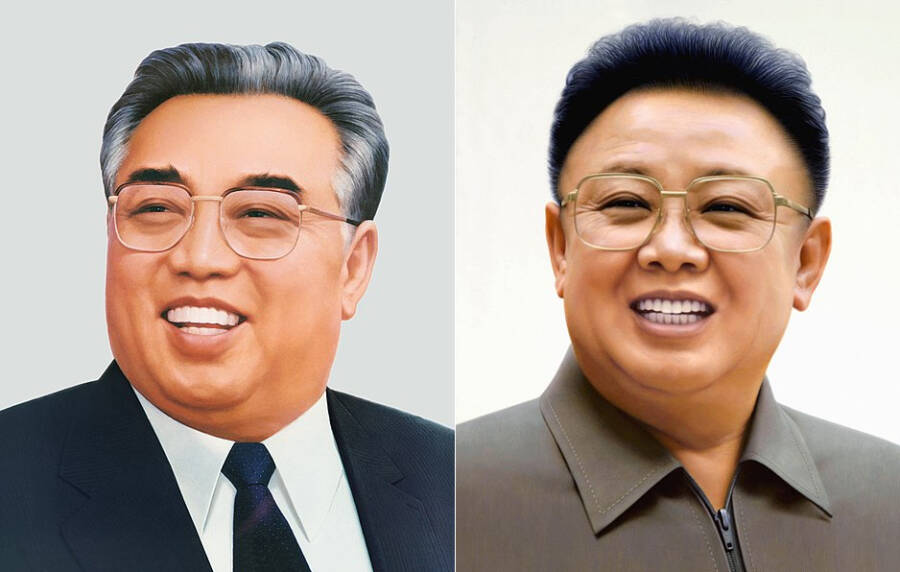 Wikimedia CommonsFortunately for the other family involved in the fire, a young farmworker helped rescue the Kim portraits from their apartment. They’ve thus avoided a potential prison term.

When a house fire erupted in Onsong County, North Korea, an unnamed woman did what every mother in her situation would do — she saved her two children. Unfortunately, she’s now facing possible jail time for failing to save the portraits of Kim Jong Il and his late father, Kim Il Sung, instead.

According to Latin Times, the Ministry of State Security has initiated an investigation following the Dec. 30, 2019 incident in the Hamgyong Province. Though the parents were not there when the blaze began, they rushed home as soon as they heard about it and saved their kids.

North Korean law dictates that all citizens display portraits of the two deceased and former rulers of the country in their homes. This mandate is taken quite seriously and inspectors reportedly barge into people’s homes at odd hours to confirm the portraits are properly displayed.

Perhaps even more Kafkaesque is the fact that the mother is reportedly unable to properly care for her injured children, who suffered burns from the fire. According to People, the desperate mother has been begging locals for money so she could buy the necessary antibiotics to treat her children’s injuries, but she has apparently struggled there as well. Her neighbors — though eager to help — fear that the government will charge them with political crimes if they did give money to the distraught mother. 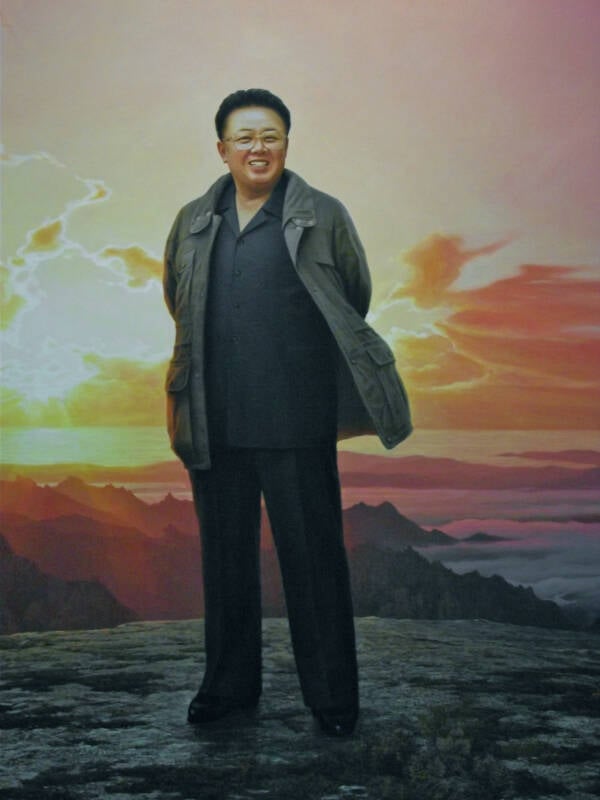 Wikimedia CommonsA portrait of Kim Jong-il, utterly mythologized as a God and a perfect being with no faults.

According to Daily NK, which is a South Korea-based news outlet that reports exclusively on North Korean events, the inferno surrounded the entire residence. The home was shared between two families and the mothers and fathers of the children were outside of the house together when the fire broke out.

While the one mother currently under investigation failed to save the portraits of the first and second rulers of North Korea, the other mother managed to do so with the help of a young farmworker. She was consequently able to avoid a criminal investigation.

Though the farm laborer had only recently been released from prison for a violent offense, he’s being celebrated as a hero by the government. In North Korea, those who save portraits of the Kim family from fires are commonly hailed as such. Those who don’t, of course, face legal sanction. 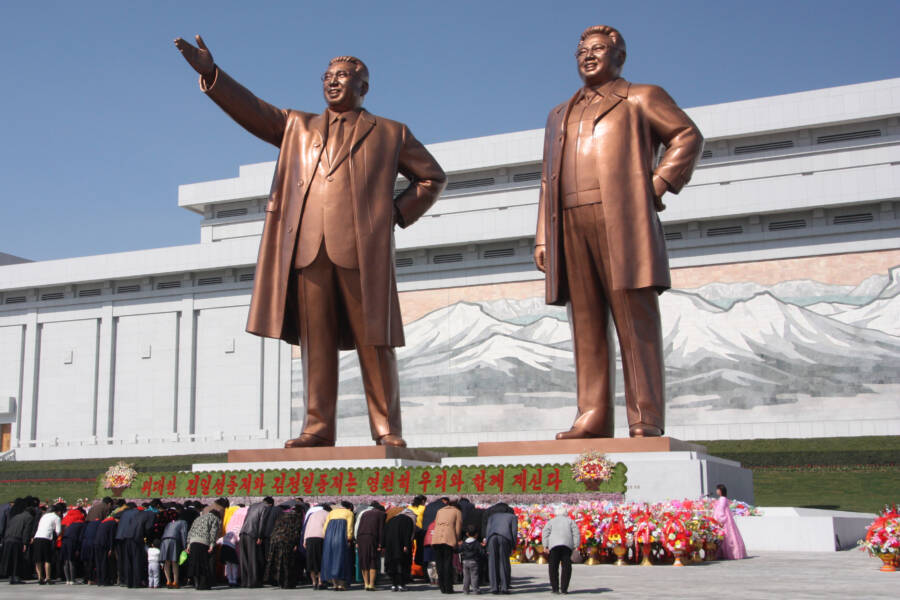 Wikimedia CommonsWhen Kim Jong-il died in 2011, North Koreans were terrified of being sent to labor camps for not mourning enough. Footage of the exaggerated grief showcases just how scared they are of their government.

Footage of citizens crying at the funeral of Kim Jong Il in 2011 showed just how tight a grip the government has on its people. While some surely wept with genuine distress that their dear leader was gone, others were undoubtedly terrified of being seen as not remorseful enough.

Unfortunately, a North Korean prison term means more than a bed and three square meals per day. Should this woman be found guilty, she will most certainly not only endure a long sentence but be forced to engage in hard, physical labor throughout.

The country is notoriously embattled by sanctions, utterly inhumane and dictatorial rule, and a tragic scarcity of resources. It was only a year ago that Kim Jong-un demanded every citizen produce and deliver 220 pounds of feces per day to combat the country’s fertilizer crisis.

Of course, citizens were also permitted to pay the government a cash fee, instead. With its stunning, seemingly endless gauntlet of legal and bureaucratic trapdoors for its citizens, North Korea continues to shock and surprise the rest of the world, decade after decade.

Next, take a look at rare photos documenting life inside North Korea. Then, discover some of the most astounding facts about North Korea.