Scientists Discover Rare Galápagos Tortoise Thought To Be Extinct Since 1906

For more than a century, it was only a myth, with nothing but bite marks on cacti suggesting that this rare creature was still roaming the terrain of this remote island. 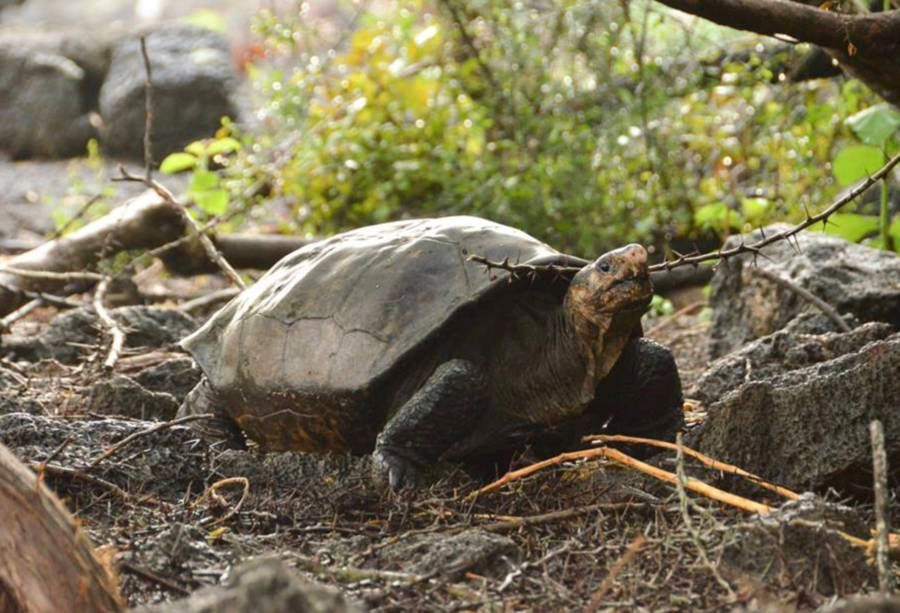 The Fernandina giant tortoise (or Chelonoidis phantasticus) has not been seen since 1906, making the discovery of a living, adult female on the Galápagos island of Fernandina on Feb. 17 a particularly exciting find.

Ecuador’s environmental ministry said that the animal was found during a joint expedition by the U.S.-based Galápagos Conservancy and the regional Galápagos National Park, The Guardian reported.

To make matters even more intriguing, investigators are confident there may be more members of the supposedly extinct species lingering abound the island. Experts detected tracks and even the scent of other tortoises potentially belonging to the same species.

The one adult female located thus far has been transported to a breeding center for giant tortoises like her on Santa Cruz Island. The animal, which is thought to be well over 100 years old, will spend the foreseeable future in a pen specifically customized for her.

BREAKING NEWS! GC’s own @wacho_tapia just returned from Fernandina Island in #Galapagos, where they discovered a female #tortoise. Tortoises on Fernandina have been thought to be extinct for over 100 years, so this is a monumental finding! Photos © GNPD, W. Tapia pic.twitter.com/fhQpIzsHmM

The remarkable discovery of this old animal has gone against the logical expectations that it hasn’t existed in over a century — with the International Union for Conservation of Nature having it listed as critically endangered and possibly extinct all along.

The group previously theorized on its website that the species may have perished under “the frequent volcanic lava flows that nearly cover the island,” with Fernandina being home to La Cumbre — one of the most active volcanoes in the world.

Beyond the last visual confirmation of a living member in 1906, various expeditions have found only bite marks on cacti that appeared to stem from the Fernandina species — with one unconfirmed sighting in 2009 adding intrigue to the century-long shroud of mystery.

With one healthy female discovered, conservationists are already pondering the feasibility and logistics of potential breeding, thus hopefully removing the species from its critically endangered status. 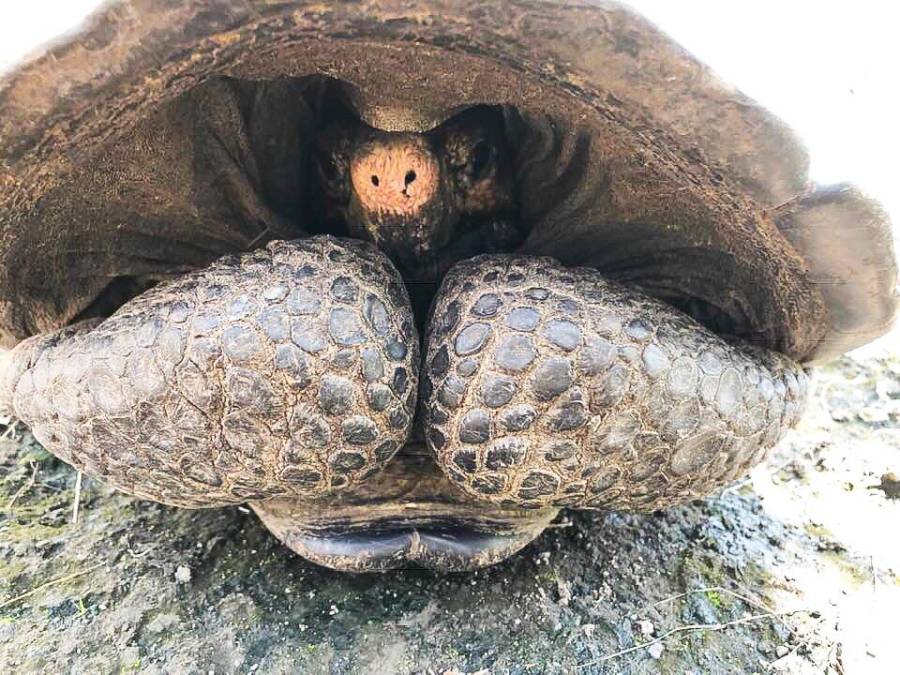 The Fernandina tortoise is one of 14 giant tortoise species indigenous to the Galápagos — with over half of them listed as endangered, CNN reported. Over the past 200 years, these animals have been killed for either their meat or their oil.

“This encourages us to strengthen our search plans to find other (tortoises), which will allow us to start a breeding program in captivity to recover this species,” said Danny Rueda, director of the Galápagos National Park.

“They will need more than one, but females may store sperm for a long time,” explained Stuart Pimm, a professor of conservation ecology at Duke University. “There may be hope.”