Watch him tell local news he knew nothing about the body in the nearby creek just hours before police charged him with putting it there. 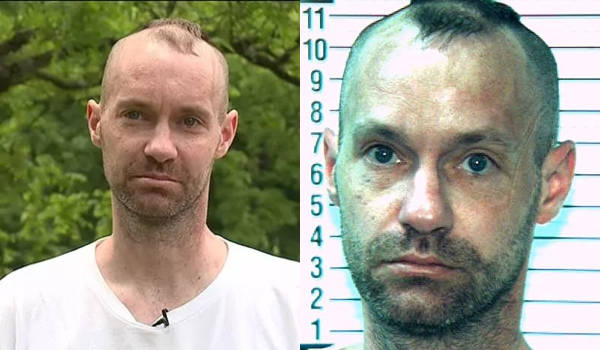 WNEP/BRADFORD COUNTY CORRECTIONAL FACILITYMatthew Haverly during the local news interview (left) and after his arrest (right).

On May 31, a U.P.S. driver and several passersby found the dead body of a woman in Wyalusing Creek in Wyalusing Township, Pa. The day after the grisly discovery, a reporter from local Newswatch 16 interviewed 38-year-old Matthew Haverly, who lives across the street from where the body was found.

“It’s sad to say that that’s someone either daughter, mother, whatever, both,” Haverly said.

Turned out it was someone’s mother. Mere hours after the interview, state police identified the woman as 60-year-old Patricia Haverly — Matthew Haverly’s mother.

Throughout the interview (above), Matthew told reporters that he knew nothing of the then-unidentified body in the creek. He also theorized that out-of-town murderers perhaps affiliated with organized crime had used the creek as a dump site.

“I think it was some kind of a hit, and something happened. Something went bad,” he said. “And this is like a rural area, so they just wanted to plant the body somewhere else besides wherever the hell they were from.”

Matthew even spoke about how his mother, who lived with him, might have reacted to the discovery of a dead body, saying, “I’m guessing my mother, she would be concerned.”

But according to police, during that interview, Matthew was hiding the fact that he knew the body was his mother’s because he was the one who’d killed her.

The day of the interview, Matthew’s sister contacted police following reports of a deceased older woman in the area of her mother’s house out of concern that the body belonged to her mother. She was able to provide police with specific details about her mother’s body, allowing them to determine that the deceased was indeed Patricia Haverly.

The autopsy conducted that day revealed that Patricia had suffered trauma to the top and right side of her head, according to the Star Gazette. She also had bruises on the outer bicep of both arms, indicating that someone had grabbed her, as well as cuts on her elbow and arms that were likely defensive wounds. Thus her death was ruled a homicide.

Later that same day, police spoke with Matthew, who said that the last time he saw his mother was the night before and when he woke up he couldn’t find her or her phone anywhere.

Matthew also admitted to police that he had a tempestuous relationship with his mother and that they had gotten into an unspecified argument on the day her body was found after he had returned home from buying groceries. Matthew stated that his mother followed him to his bedroom and tried to punch him before he grabbed her and pushed her away.

He then said he blacked out and couldn’t remember anything that had happened afterward.

However, police soon found damage inside Matthew’s house consistent with a fight having taken place there. On Matthew’s property, they also found a piece of black tarp consistent with tarp found downstream from the body in the creek.

Police believe that Matthew fatally struck his mother in the head (how exactly remains unclear), then wrapped the body in the tarp and dumped it in the creek. They arrested him on June 1, the day of the television interview and just one day after the body was found.

“Yeah, that’s kinda weird, you got people like that running around. Not good,” one area resident told local news.

Matthew has since been arraigned by District Magistrate Todd Carr and committed to the Bradford County Jail, where he was denied bail. A preliminary hearing is scheduled for June 19.

Next, read about Stephen McDaniel, who was interviewed on the news about a murder — and turned out to be guilty of it. Then, read about the robber who was arrested after interviewing for a job at a police station.