The victims were discovered when one of the father's clients called in a potential gas leak, fearing for the family. 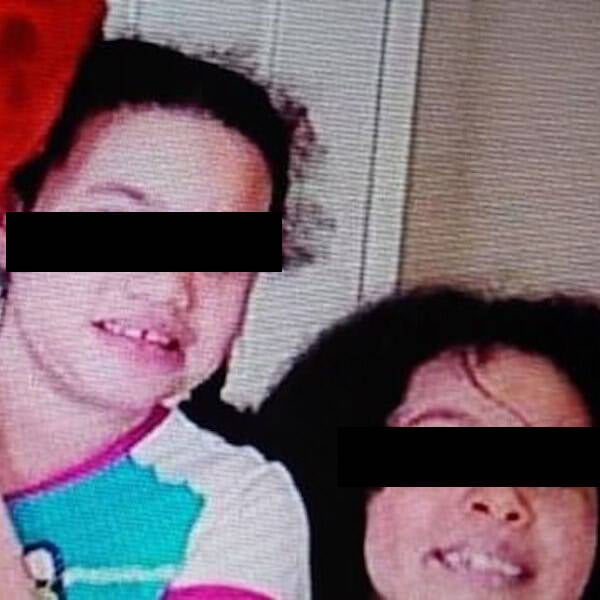 It was the Sunday after Thanksgiving when 34-year-old father of four Maurice Jewel Taylor Sr. committed an unspeakable act: decapitating his 12-year-old son Maurice Jr. and 13-year-old daughter Maliaka.

And in a further disturbing twist, court papers revealed that Taylor then kept the corpses of his two children in his house for five days, among his other living children. The personal trainer allegedly showed the corpses to his two surviving sons, aged eight and nine, before locking them in their rooms without food.

A CBS Los Angeles news segment on the gruesome double-murder in Lancaster, California.

Meanwhile, Taylor’s clients had been in touch with police after failing to reach him the week before. According to ABC7, Taylor had been conducting workout classes over Zoom in the wake of California’s Coronavirus lockdown, but had been notably unreachable for days.

One of Taylor’s clients, writer and attorney Howard Kern, eventually called in a potential gas leak with L.A. County Fire Department in order to get authorities to the man’s house. He had been training with Taylor for seven years.

“I knew they weren’t out of town,” another client who opted to call the Sheriff’s Department said. “They didn’t have money to travel.”

One stunned client described Taylor as “mellow,” and “so reliable, so responsive.” The man had no recorded history of violence or domestic abuse. 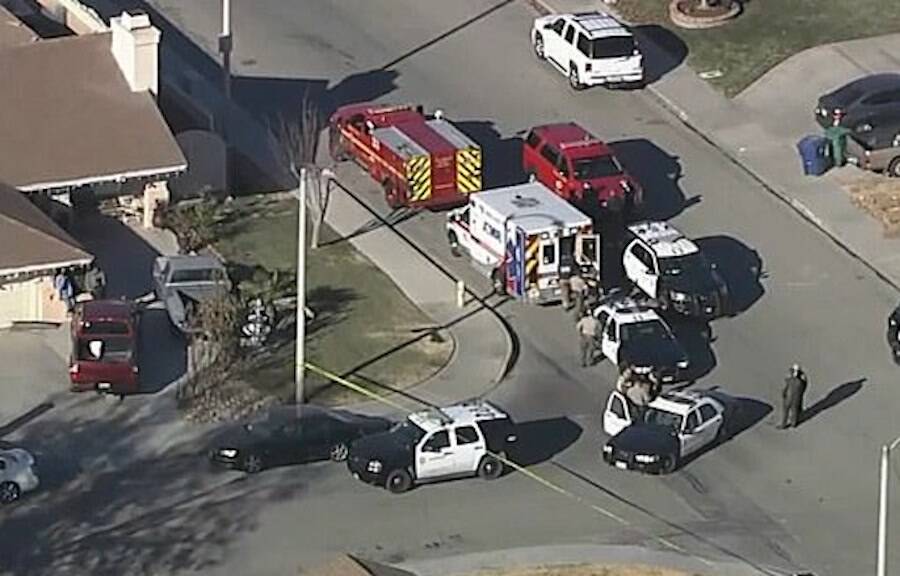 The victims were consequently discovered by the fire department in separate bedrooms of the Century Circle residence. Prosecutors have since revealed that the victims were stabbed on November 29. It remains unclear whether or not they were still alive when their father cut their heads off, or why he committed the act in the first place.

Taylor of Lancaster, California, was taken into custody handcuffed and strapped to a stretcher on Friday, Dec. 4, 2020. He was officially charged on Tuesday, December 8, with one count of murder and child abuse for each of his two dead children.

The children’s mother was discovered to have also been in the house during the murders, but authorities say she is not currently a suspect and has already been questioned thoroughly by investigators.

Lieutenant Brandon Dean of the Los Angeles County Sheriff’s Department’s Homicide Bureau added that the woman is still in contact with her two surviving children.

The chilling incident led authorities to investigate whether there had been any hint that could’ve prevented Taylor’s acts and found that police hadn’t been called to the residence in recent years.

Lieutenant Dean has since confirmed that the two surviving children were questioned in the aftermath. Presumably, the mother has not been charged because her remaining children told authorities that she was innocent. It’s likely that she may have been locked in a room of her own.

A CBS Los Angeles segment on the 23 local children who died of abuse or neglect in the first five months of 2020.

The macabre nature of these crimes is sure to become a complicated issue for District Attorney George Gascón. The newly-elected official has been rather adamant in his stance, which is in accordance with the orders of Judge Gavin Newson, that the death penalty should no longer be implemented moving forward.

Taylor, of course, has just become a seriously high-profile killer whose crimes might incite others to recommend the death penalty. Friends have since organized a GoFundMe campaign for the distraught family.

To be clear, the man has yet to be convicted of the crimes he has been accused of. With the litany of evidence seemingly stacked against him, however, which includes statements from his surviving children and spouse, the truth appears as evident as it is disturbing.

Ultimately, Taylor will be arraigned on December 21 and awaits that day behind bars with a $4.2-million bond to his name and a maximum sentence of 57 years to life in prison.

Next up, read about the 16-year-old who is serving life in prison for decapitating his classmate. Then, learn about the Florida man who was arrested for attempting to barbecue child molesters.