This 2,200-Year-Old Chinese Medical Text May Be The Oldest Known Chart Of Human Anatomy

The discovery of the text written on silk sheds light on the significant advances in medicine that led to the development of acupuncture in ancient China. 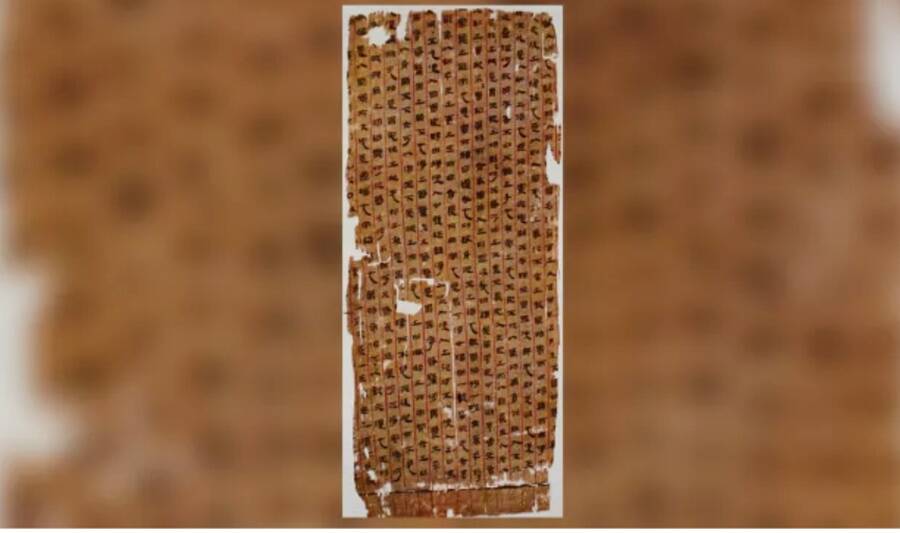 The History Collection/AlamyA 2,200-year-old Chinese silk text is the oldest-known anatomical chart in the world.

Archaeologists have uncovered many unexpected objects from excavating ancient tombs around the world. In 2017, researchers examining the site of a 2,200-year-old Chinese tomb not only found human remains, but they also found what may be the oldest known study chart of the human body.

According to Live Science, a Chinese text written on silk was discovered inside the tombs at the site of Mawangdui in south-central China.

The tombs belonged to Marquis Dai and his family. The corpse of the Marquis’ wife, Xin Zhui also known as Lady Dai, is famed as one of the world’s most well-preserved mummies.

Known as the Mawangdui medical manuscripts, the Chinese text found inside the tombs was the focus of a new study published in The Anatomical Record in early September 2020. The ancient text contains the anatomical descriptions of the human body, the earliest known to researchers. But making out the contents of the ancient silk script was no easy task.

“The skills necessary to interpret them are diverse, requiring the researcher firstly to read the original Chinese, and secondly to perform the anatomical investigations that allow a re-viewing of the structures that the texts refer to,” the study reads. 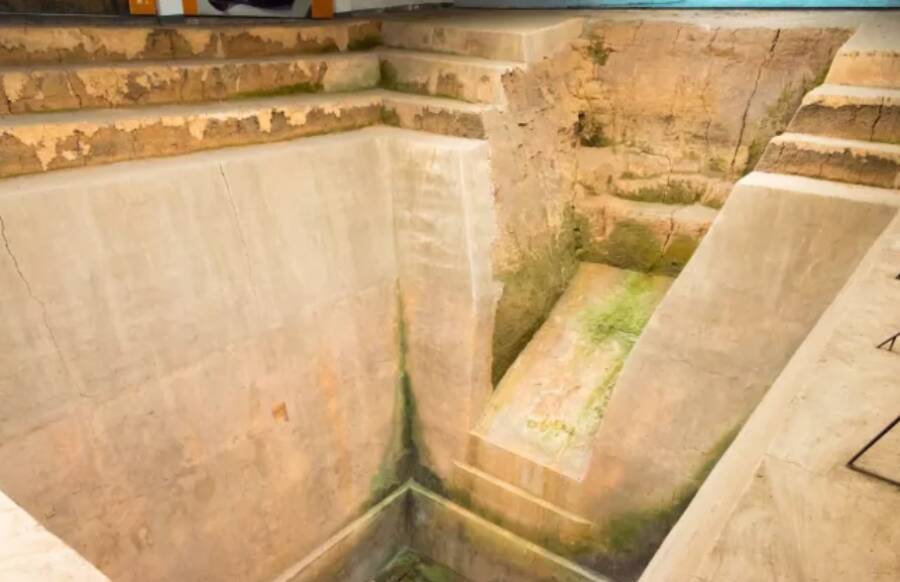 ShutterstockThe medical text was uncovered inside the tombs at the famed Mawangdui site in China.

The authors of the ancient Chinese text used the term “meridian” in their writings. It is a term most associated with acupuncture, a traditional medical treatment in Chinese culture that focuses on the regulation of blood flow inside the body.

Researchers in the study interpret “meridian” as a large blood vessel that stretches through different parts of the body.

For example, one line of the ancient text was translated as describing a meridian located “in the center of the palm, goes along the forearm between the two bones following straight along the tendons, travels below the sinew into the bicep, to the armpit, and connects with the heart,” following the path of the ulnar artery.

Another part of the text describes a “meridian” in the foot that “starts at the big toe and runs along the medial surface of the leg and thigh. Connects at the ankle, knee, and thigh. It travels along the adductors of the thigh, and covers the abdomen.” This matches the location of the saphenous vein.

The findings are remarkable for two reasons. First, given the age of the tombs which date back to the Han Dynasty between 206 BC to 220 AD, the texts are no doubt the oldest known medical charts describing the human anatomy in the world.

As the paper notes, the Chinese text “represent the earliest surviving anatomical atlas, designed to provide a concise description of the human body for students and practitioners of medicine in ancient China.” 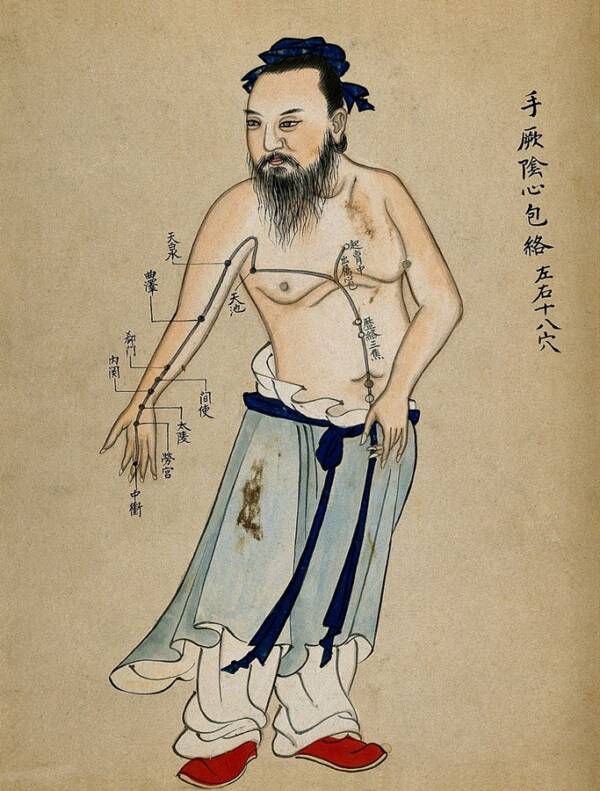 Wikimedia CommonsThe discovery debunks the long-standing myth that Chinese acupuncture had no scientific foundation in its origins.

Previously, the oldest written medical chart of the human anatomy was believed to originate from Greece. Historians believed that ancient Greek physicians like Herophilus and Erasistratus — both who lived sometime before the Han Dynasty period — had likely authored such ancient medical texts.

But most of their texts have been lost and are only known from what other ancient writers wrote about them.

Secondly, the medical text also debunks the long-standing myth that there was no scientific foundation for the “anatomy of acupuncture.” The medical text reflects obvious connections to the ancient practice and offers evidence that physicians who wrote about acupuncture were working off of actual observations of the human body.

It’s unclear whose body the ancient texts were based on but researchers suspect the anatomical studies may have likely come from dissecting the bodies of criminals. Human remains were considered sacred in ancient China but the honor of preserving one’s body was possibly not given to those who came from the lower-rungs of society.

The study emphasized that the information recovered from the discovery also shows the “Eurocentric perspective in medicine.” Past studies have commonly neglected researching ancient practices of non-western cultures despite their long history of medical practices.

China, especially, has a long history of medical studies dating back thousands of years ago such as the Anatomical Atlas of Truth by Cun Zhen Tu and Anatomical Illustrations by Ou Xifan Wuy Zang Tu from the Song dynasty of 960 CE.

With this new study bringing light to ancient Chinese medicine, perhaps the country’s rich history of medical research will finally get its due.

Next, read about the most painful medical procedures of Medieval times and meet Rudolf Virchow, the Victorian ‘Pope of Medicine’ who didn’t believed in evolution.