Meet Rudolf Virchow, The Victorian “Pope Of Medicine” Who Didn’t Believe In Evolution

Rudolf Virchow's work spanned pathology, forensics, and cancer research. But for all his work, Virchow was also quite ignorant on two of the biggest medical advancements in modern medicine. 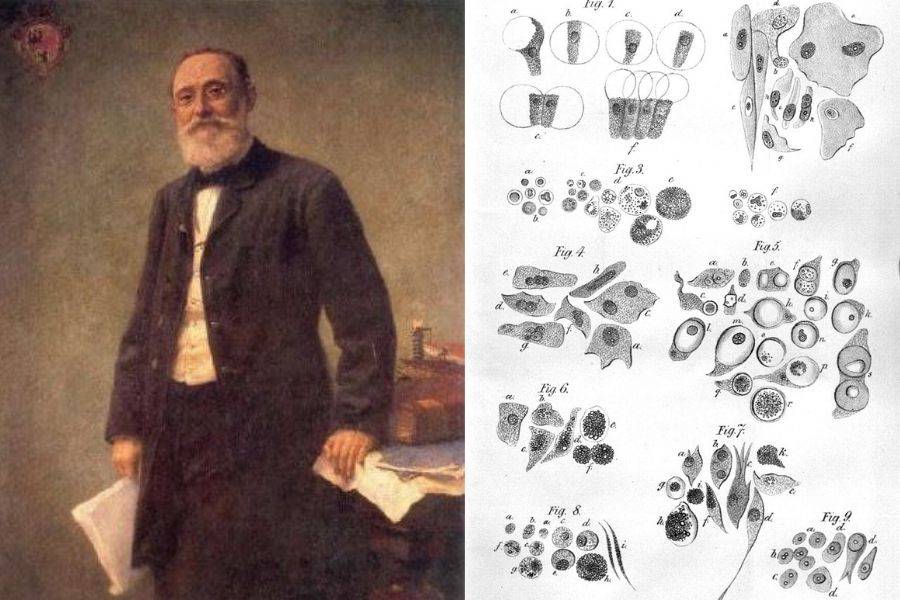 Rudolf Virchow in 1886 alongside an original illustration of his cell theory.

In the scientific community and particularly in the medical community, perhaps no man is as hailed as Rudolf Virchow. Often referred to as the “father of modern pathology” and the “Pope of Medicine,” Virchow is responsible for some of the most important medical discoveries that the field of disease study has ever seen.

However, in the rest of the scientific community and specifically in the evolutionary community, perhaps no man is as hated. Despite his achievements and discoveries, Virchow spent most of his professional life in a strange dichotomy where he toed the line between scientific genius and ignorance.

At the same time that he discovered and named blood diseases like leukemia, he also publicly disparaged Darwin’s theory of evolution and claimed that Neanderthals were simply “disfigured” humans.

Yet, one of the most popular tales of him is not one of discovery or accomplishment, but of a duel in which he chose to fight with a diseased sausage instead of a sword.

Such is the strange and singular story of Rudolf Virchow. 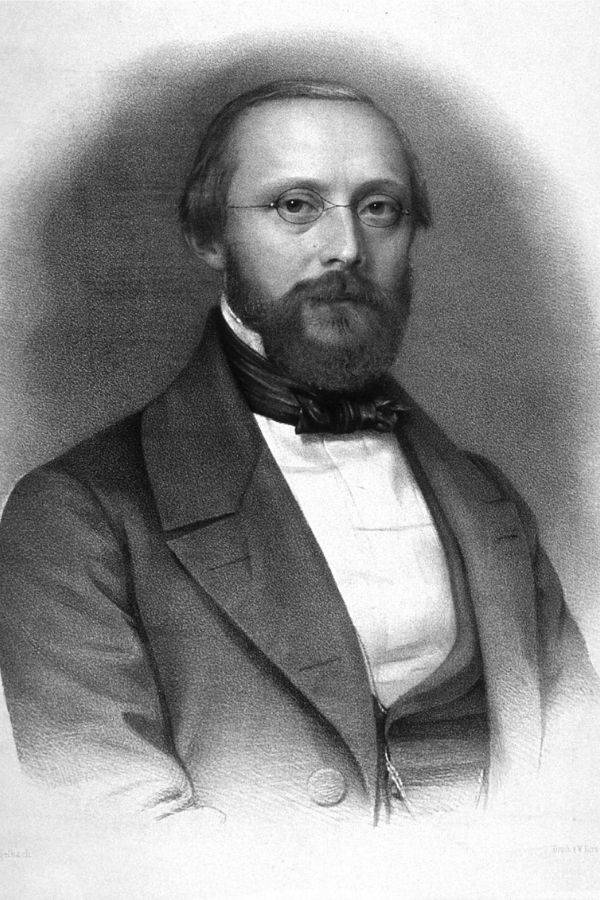 Born in 1821 in the Kingdom of Prussia, now modern-day Germany, to working-class parents, it was clear from the moment Virchow began his educational career that he was a brilliant man.

He came in at the top of his classes at every possible opportunity and became fluent in nine languages before he even graduated from secondary school. But Virchow had initially hoped to put his talents to use as a pastor. He felt that a life of hard work, such as he had lived, had prepared him for benediction.

However, upon completing his thesis aptly titled A Life Full of Work and Toil is not a Burden but a Benediction, Virchow decided his voice was not quite strong enough to preach.

Virchow then turned to medicine which is also a field of hard work, dedication, and endless toil. At 18 years old in 1839, the young scientist received a fellowship that was granted to children of poor families in order to become a military surgeon. He thus began studying medicine ferociously. 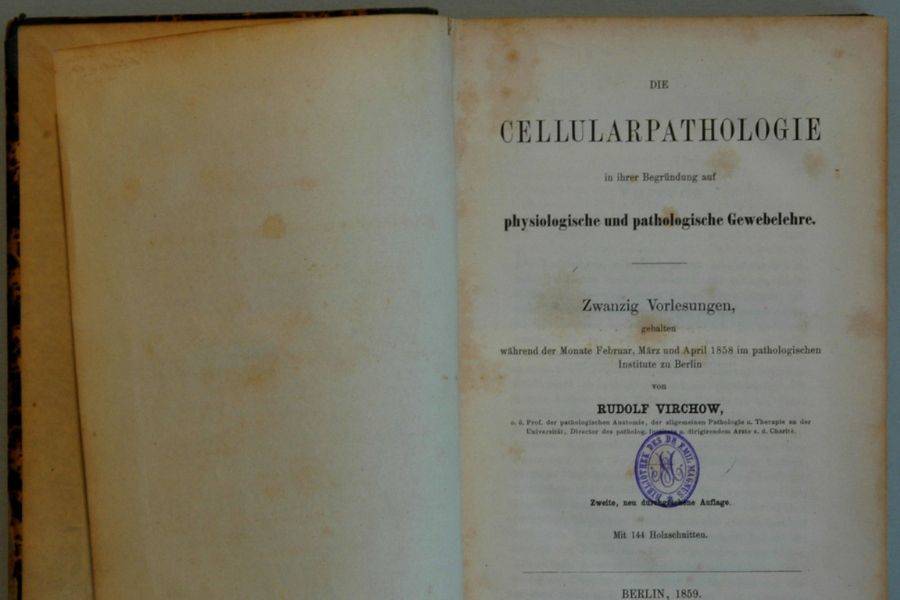 Over the next several years, Virchow became enmeshed in various causes in the medical community. He wrote theses on rheumatic diseases and he rubbed elbows with some of the most advanced medical minds of the time.

In 1844 he became the assistant to pathologist Robert Froreip, who introduced him to the field of pathology or the study of diseases, as well as microbiology and microscopy. He encouraged his students later to “think microscopically,” an ethic that would lead Virchow himself to one of the greatest discoveries in his career and in the pathological field of the 19th century.

Just a year later, Virchow published his first scientific paper in which he described the pathology of leukemia for the first time in medical history. Virchow discovered that white cells, when abnormally increased, will cause a near-fatal blood disease. He coined this disease “leukemia” and declared it a type of cancer. From this observation, he theorized that abnormal cells are the most common cause of cancer. He then used this research to discover how tumors form and became the first to describe a “chordoma” or tumor that forms on the base of the skull.

In his further research of cancer, Virchow and another anatomist discovered that an enlarged supraclavicular node is the first sign of stomach or lung cancer. Today, the node is commonly called “Virchow’s Node.”

The paper allowed him to earn his first medical license. Two years later, he was enlisted by the Prussian government to study a typhus outbreak. The paper Virchow wrote from this study became a turning point in the discussion of public health.

For the first time, Virchow outlined how the study of disease went beyond an academic curiosity and was more of an agent to the people. “Medicine is a social science” and “the physician is the natural attorney of the poor,” Virchow asserted. He insisted that epidemics like typhus could be thwarted only through “education, with its daughters, liberty, and prosperity.” In saying so, Virchow tied his medical career with a political one which challenged the standing government in German.

He subsequently played a role in the German revolutions of the 1840s and ’50s. Virchow joined the revolution by founding and printing a weekly newspaper devoted to educating the public about social medicine.

As a result of his contributions, Rudolf Virchow would spend the next 20 years as the Chair for Pathological Anatomy and Physiology at the Friedrich-Wilhelms-University as well as Director of the Institute for Pathology at the Charité Hospital.

Virchow continued to research and write about the human body as a microcosm for society at large. Perhaps the most well-known contribution Rudolf Virchow made to the medical field was his research on cell theory. Virchow asserted that living cells do not spontaneously occur, but instead come from another living cell by way of cell division. He referred to the body as a “cell state in which each cell is a citizen.” Diseases, therefore, were just “conflict[s] between the citizens of the state, caused by outer forces.”

Later in life, Virchow was the first to discover that infectious diseases could be passed between animals and humans.
He was one of the leading physicians who attended to Kaiser Frederick III, who was gravely ill with an indiscernible disease of the larynx. When the Kaiser died in 1888, many blamed Virchow for malpractice and misdiagnosis, but his decisions in regards to the Kaiser were confirmed to be the right ones long after his death in 1948.

Virchow was also one of the first people to create a systematic way of performing autopsies, one of which is still used today. He even paved the way for modern forensics as the first person to analyze a single hair for a criminal report and reported on how hair had its limitations as a form of incriminating evidence. A collection of his works were published in 1858 and are still today regarded as the basis of modern medical science.

In the midst of his varied career, Virchow did manage to find time to marry and have three children.

But despite his major accomplishments and discoveries in the medical field, Rudolf Virchow was shockingly behind the times when it came to other parts of the scientific community – particularly evolution. 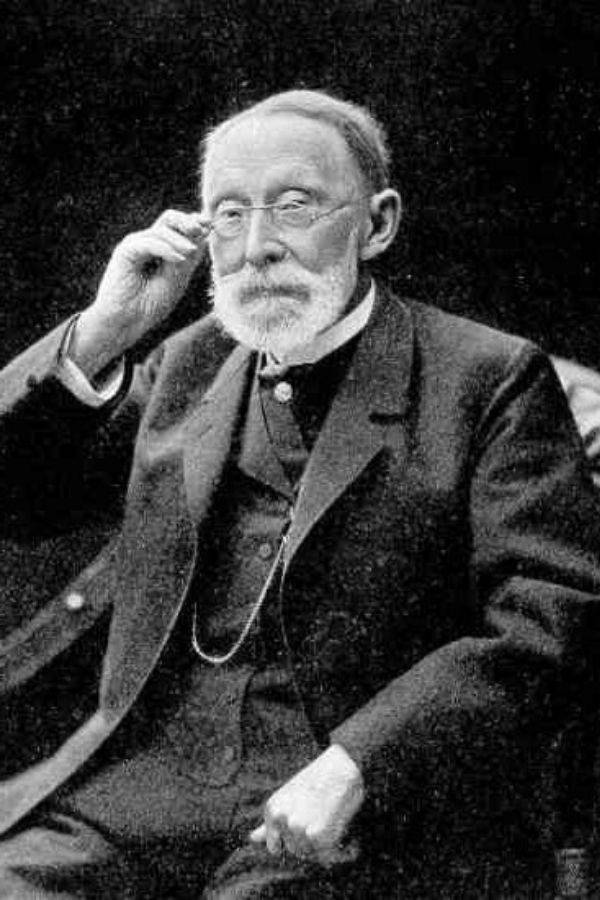 Wikimedia CommonsVirchow at 80 years old in 1901.

When Charles Darwin published his On the Origin of Species in 1858, Virchow was already publicly speaking out against the naturalist’s views on evolution.

In 1856 when the first Neanderthal specimen was discovered, Virchow claimed it was more likely that the specimen was an early human who suffered from an unknown disease that caused its skull and bones to be disproportional and disfigured, rather than an early descendant of man or a newly discovered species.

Even after Darwin published his groundbreaking report, Virchow continued to speak against him and insisted that evolution was simply a hypothesis and subject to change. He was so adamant in his decision that he succeeded in getting natural history removed from school curriculum in favor of alternate hypotheses. Until he died, he insisted evolution was merely one of the multiple theories to explain human existence and required further evidence.

Rudolf Virchow also did not believe that disease came from pathogens and outside forces, but rather came to fruition like cancer and from abnormal cells inside the body. He believed that the current state of society was to blame for the emergence of abnormal cells and disease and laughed at the notion of handwashing as an antiseptic preventative.

Outside of medicine, the layperson may find the name Rudolf Virchow familiar for an entirely different, albeit hilarious reason: his infamous sausage duel.

Though the story is a famous one, there is speculation as to whether or not it actually happened.

Virchow’s anti-Darwinist rants brought him to become involved in liberal politics by the mid-1860s. He was elected to the Berlin City Council where he worked to improve the public health. He saw to sewage disposal, hospital design, meat inspection, and school hygiene. It was also during this time in politics here that he found an opponent in Otto von Bismarck, the leader of an opposing party.

In 1865, after Virchow publicly spoke out against Bismarck’s high military budget, Bismarck challenged him to a duel. Some accounts claim Virchow simply declined, as he didn’t believe that dueling was a civilized way to end an argument. But by other accounts, the duel panned out differently.

Virchow was allegedly allowed to choose the weapons for the duel against Bismark. In a tongue-in-cheek move to prove his point that medicine was more important than war, he offered Bismarck his choice of weapon; a normal pork sausage or a sausage infected with Trichinella larvae. Bismarck ultimately determined the duel was too risky, and Virchow’s point was proved when he pulled out of the duel. 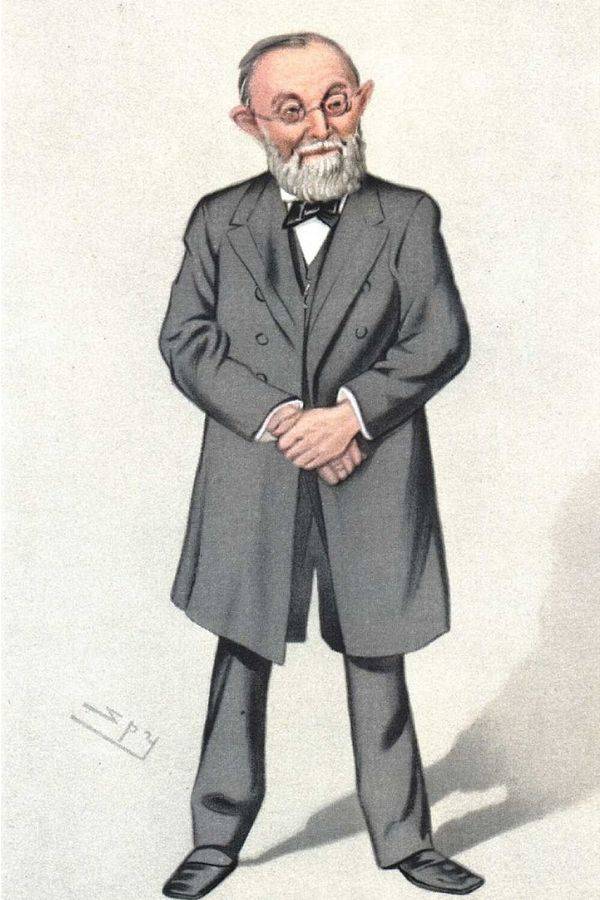 Today, despite all of his failures to recognize two giant advancements in the scientific field, Rudolf Virchow is still one of the most important figures in medical history. Without him, we wouldn’t have a full understanding of leukemia, how tumors grow, blood clots, or countless other medical afflictions.

Or, a great story of a duel between two sausages.

Next, check out these surprising Charles Darwin facts. Then, read about the first lab-created human-animal hybrid.