After beginning by correcting his father's math at 3 years old, Carl Friedrich Gauss became one of the most influential mathematicians the world has ever seen. 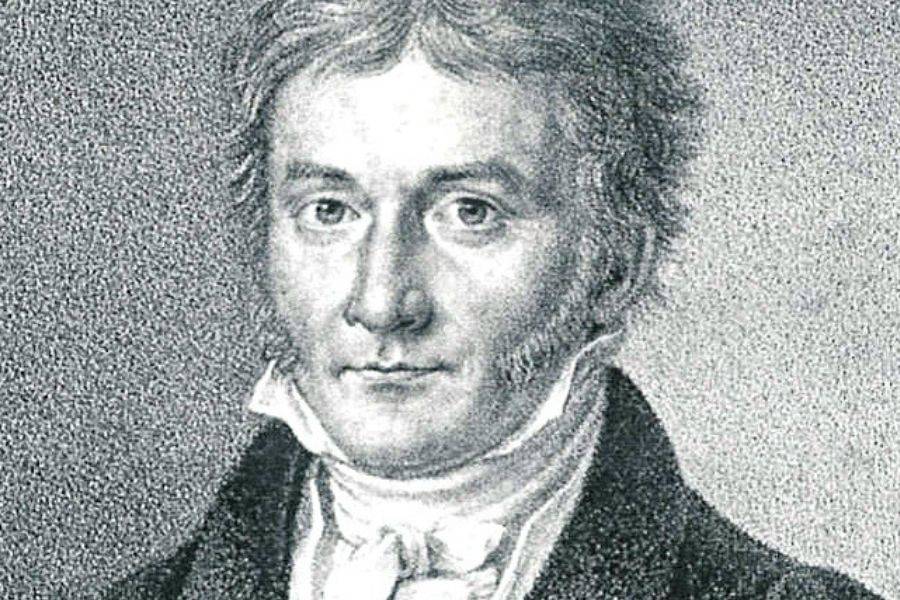 When Johann Carl Friedrich Gauss was born in present-day northwestern Germany, his mother was illiterate. She never recorded his date of birth, but she knew it was a Wednesday, eight days before the Feast of the Ascension, which is 39 days after Easter.

Later, Gauss determined his own birthday by finding the date of Easter, and deriving mathematic methods of deriving dates from the past and future. It is believed that he was able to calculate his exact birthdate without error, determining it was April 30, 1777.

When he did this math, he was 22 years old. He had already proved himself a child prodigy, discovered several breakthrough mathematical theorems, and written a textbook on number theory — and he wasn’t done yet. Gauss would prove to be one of the most important mathematicians you’ve never heard of. 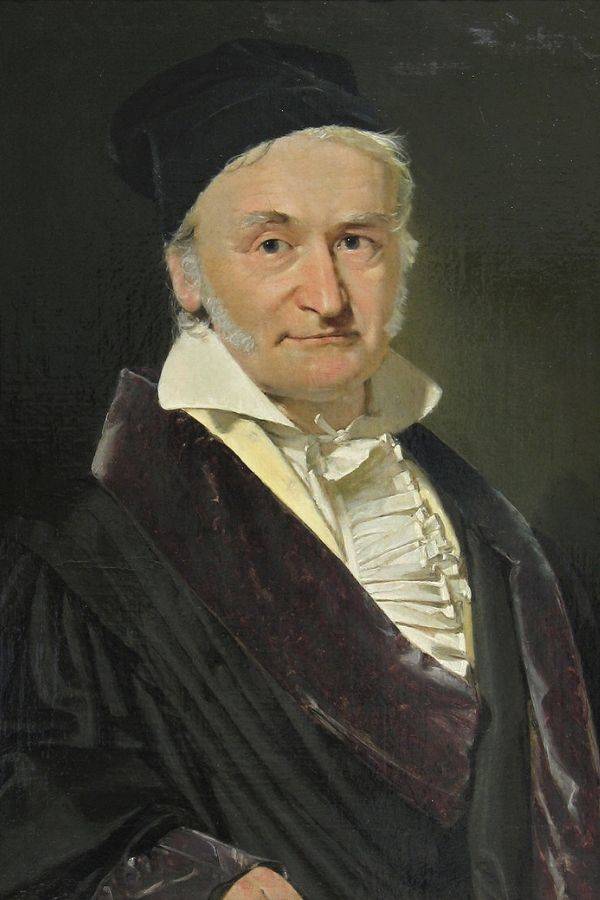 Born Johann Carl Friedrich Gauss to poor parents, Gauss displayed his prodigious calculating skills before he was even three years old. According to E.T. Bell, author of Men of Mathematics, while Gauss’s father, Gerhard, was calculating the payroll for some laborers under his charge, little Gauss was apparently “following the proceedings with critical attention.”

“Coming to the end of his long computations, Gerhard was startled to hear the little boy pipe up, ‘Father, the reckoning is wrong, it should be….’ A check of the account showed that the figure named by Gauss was correct.”

Before long, Gauss’s teachers noticed his mathematical prowess. At just seven years old he solved arithmetic problems faster than anyone in his class of 100. By the time he hit his teen years he was making groundbreaking mathematical discoveries. In 1795, at age 18, he entered the University of Göttingen.

The mathematics building at the University of Göttingen, where Carl Friedrich Gauss studied.

Despite his calculating prowess, Gauss wasn’t set on a career in mathematics. When he began his university studies, Gauss contemplated pursuing philology, the study of language and literature.

But that all changed when Gauss made a mathematical breakthrough a month before his 19th birthday.

For 2000 years, mathematicians from Euclid to Isaac Newton agreed that no regular polygon with a prime number of sides bigger than 5 (7, 11, 13, 17, etc.) could be constructed with just a ruler and compass. But a teenaged Gauss proved them all wrong.

He found that a regular heptadecagon (a polygon with 17 sides of equal length) could be made with just a ruler and compass. What’s more, he discovered that the same was true of any shape if the number of its sides is the product of distinct Fermat primes and a power of 2. With this discovery, he abandoned the study of language and threw himself completely into mathematics. 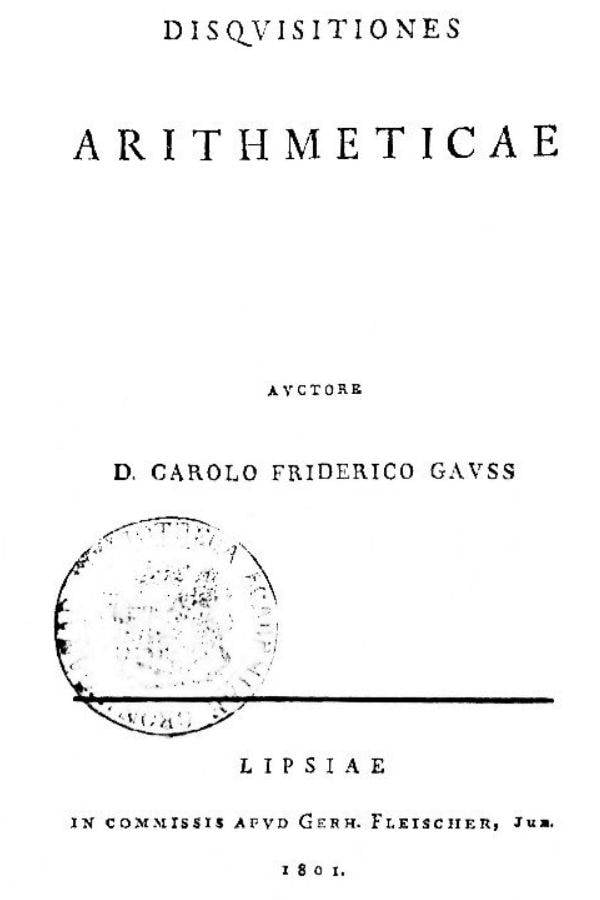 Wikimedia CommonsCarl Friedrich Gauss wrote Disquisitiones Arithmeticae, a textbook on number theory, when he was only 21.

At 21, Gauss completed his magnum opus, Disquisitiones Arithmeticae. A study of number theory, it is still considered one of the most revolutionary math textbooks to date.

The same year he discovered his special polygon, Carl Friedrich Gauss made several more discoveries. Within a month of his polygon discovery, he broke ground in modular arithmetic and number theory. The next month, he added to the prime number theorem, which explained the distribution of prime numbers amongst other numbers.

He also became the first to prove quadratic reciprocity laws, which allow mathematicians to determine the solvability of any quadratic equation in modular arithmetic.

He also proved quite adept at algebraic equations when he wrote the formula “ΕΥΡΗΚΑ! num = Δ + Δ’ + Δ” in his diary. With this equation, Gauss proved that every positive integer is representable as a sum of at most three triangular numbers, a discovery which led to the highly influential Weil conjectures 150 years later.

Gauss also made significant contributions outside the direct field of mathematics.

In 1800, astronomer Giuseppe Piazzi was tracking the dwarf planet known as Ceres. But he kept running into a problem: he could only track the planet for a little over a month before it disappeared behind the glare of the sun. After enough time had passed that it should be out of the sunbeams, and once again visible, Piazzi couldn’t find it. Somehow, his math kept failing him. 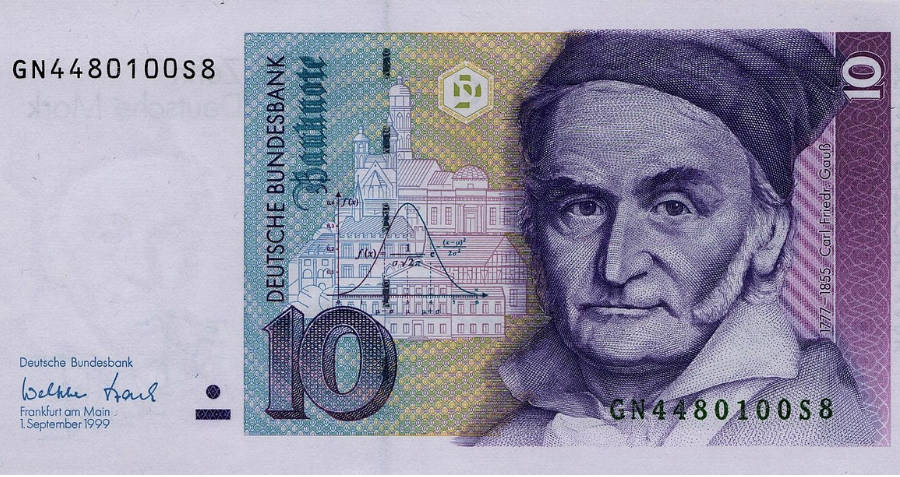 Luckily for Piazzi, Carl Friedrich Gauss had heard of his problem. In just a few months, Gauss used his newly discovered mathematical tricks to predict the location where Ceres was likely to pop up in December of 1801 – almost a year after it had been discovered.

Gauss’s prediction turned out to be right within half a degree.

After applying his math skills to astronomy, Gauss became more involved in the study of planets and how math related to space. Over the next several years he made strides in explaining orbital projection and theorizing how planets remain suspended in the same orbit throughout time.

In 1831, he devoted a period of time to studying magnetism and its effects on mass, density, charge, and time. Through this period of study, Gauss formulated Gauss’s Law, which relates to the distribution of electric charge to the resulting electric field.

Carl Friedrich Gauss spent much of his time working on equations or looking for equations started by others that he could try to finish. His main aim was knowledge, not fame; he often wrote down his discoveries in a diary rather than publish them publicly, only for his contemporaries to publish them first. 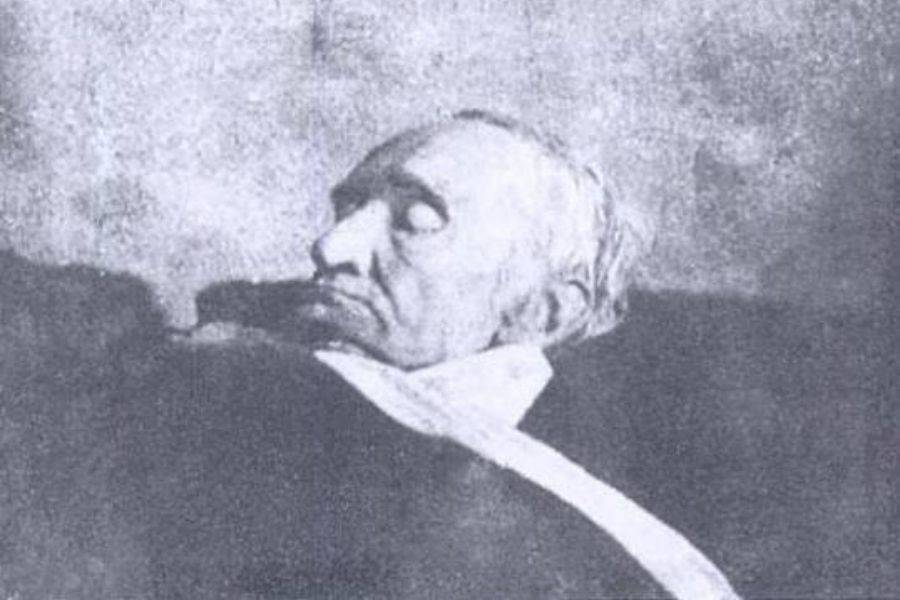 Wikimedia CommonsCarl Friedrich Gauss on his deathbed in 1855, in the only photograph ever taken of him.

Gauss was a perfectionist, and refused to publish work that he believed was not up to the standard he felt it could be. That’s how some of his fellow mathematicians beat him to the mathematical punch, so to speak.

His perfectionism over his trade also extended to his own family. Through his two marriages, he fathered six children, three of them sons. Of his daughters, he expected what was expected of the time, a good marriage to a wealthy family.

Of his sons, his expectations were higher and, one might argue, rather selfish: He didn’t want them to pursue science or mathematics, fearing that they weren’t as gifted as he was. He didn’t want his family name “lowered” should his sons fail.

His relationship with his sons was strained. Following the deaths of his first wife, Johanna, and their infant son, Louis, Gauss fell into a depression that many say he never fully recovered from. He spent all of his time to mathematics. In a letter to fellow mathematician Farkas Bolyai, he expressed joy only for studying and dissatisfaction for anything else.

It is not knowledge, but the act of learning, not possession but the act of getting there, which grants the greatest enjoyment. When I have clarified and exhausted a subject, then I turn away from it, in order to go into darkness again. The never-satisfied man is so strange; if he has completed a structure, then it is not in order to dwell in it peacefully, but in order to begin another. I imagine the world conqueror must feel thus, who, after one kingdom is scarcely conquered, stretches out his arms for others.

Gauss remained intellectually active in his old age, teaching himself Russian at the age of 62 and publishing papers well into his 60s. In 1855, at the age of 77, he died of a heart attack in Göttingen, where he is interred. His brain was preserved and studied by Rudolf Wagner, an anatomist in Göttingen. 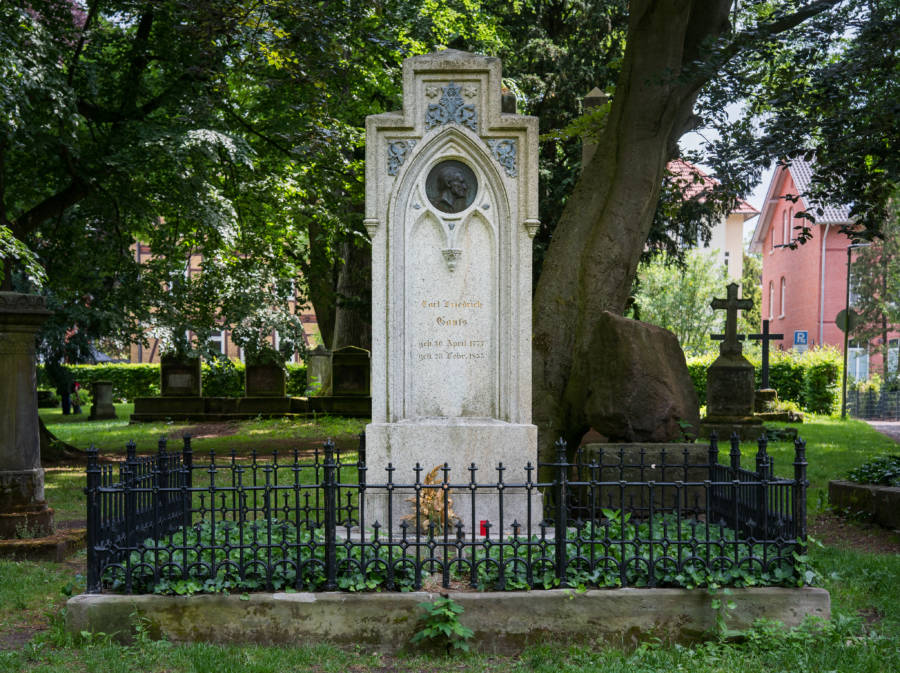 Carl Friedrich Gauss’s gravesite at Albani Cemetery in Göttingen, Germany. Gauss requested that a 17-sided polygon be carved into his tombstone, but the engraver refused; carving such a shape would have been too difficult.

Much of the world has forgotten Gauss’s name, but mathematics hasn’t: the normal distribution, the most common bell curve in statistics, is also known as the Gaussian distribution. And one of the highest honors in mathematics, awarded only every four years, is called the Carl Friedrich Gauss Prize.

Despite his rather curmudgeonly exterior, there is no doubt that the field of mathematics would be vastly stunted without the mind and dedication of Carl Friedrich Gauss.

After learning about math prodigy Johann Carl Friedrich Gauss, meet Carl Wilhelm Scheele, the man who discovered oxygen. Then, read about Carl Tanzler, the doctor who fell in love with his patient and then lived with her corpse.