Inside McKamey Manor, The Most Extreme Haunted House In The World

With its participants bound, drugged, and beaten, McKamey Manor is said to be more like a torture chamber than a haunted house. 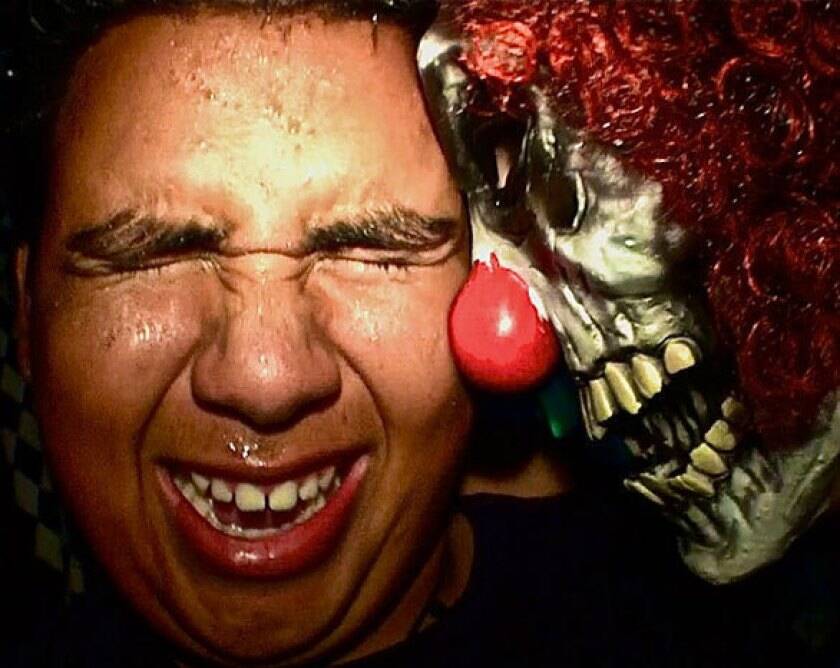 McKamey ManorA terrified guest at McKamey Manor, one of the scariest haunted houses in America.

Haunted houses are universally appealing — anyone keen on a few harmless scares gets a rush from their simulated danger. McKamey Manor in Summertown, Tennessee, however, may have crossed the line.

Russ McKamey’s haunted house requires both a doctor’s note and and a signature on a 40-page waiver to enter. McKamey even originally offered a $20,000 prize for completing the challenge — but not a single person ever succeeded in winning it.

Most lasted just a few minutes before begging to leave.

How McKamey Manor Became The Scariest Haunted House In America

McKamey Manor is the brainchild of Russ McKamey, a former Navy seaman turned wedding singer turned haunted house enthusiast. He started his haunted house in San Diego before pulling up stakes and moving his operation to Tennessee. 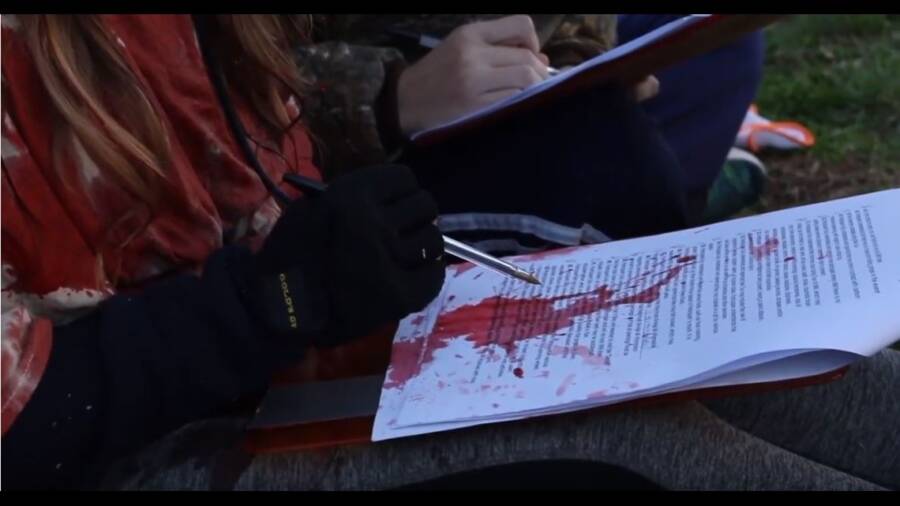 McKamey ManorThe show prohibits cursing, being on drugs, or being younger than 18. Participants need to pass a background check, as well. The entire ordeal is then recorded by McKamey himself

There, he offers guests an all-immersive “extreme” haunted house experience. For the price of a bag of dog food — McKamey is an animal lover with five dogs — guests can try to endure the McKamey Manor experience.

There are a couple of ground rules, however. All participants must be at least 21 years old (or 18 with parental approval), complete a physical, pass a background check, be screened by Facebook, FaceTime, or phone, have proof of medical insurance, and pass a drug test.

Participants must also read aloud and sign a 40-page legal waiver. But this isn’t just any legal waiver. It’s packed with possible scenarios that range from pulling out someone’s teeth to shaving their head to having their fingers shoved in mouse traps. 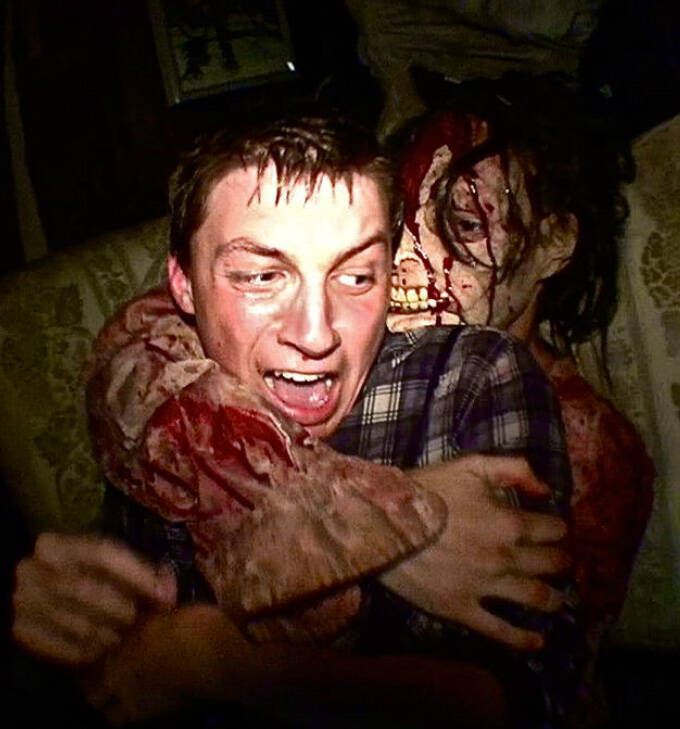 Though participants can choose two — out of more than one hundred — that they want to avoid, everything else is fair game. For some, that’s enough to back out of the challenge right away.

Braver souls are allowed to proceed. But most don’t make it very far into the McKamey manor challenge. In fact, most last an average of only eight minutes before begging for it all to stop.

Those eight minutes have convinced thousands of people that Russ McKamey isn’t running a haunted house at all. They claim that he’s created a torture chamber.

According to a Change.org petition with more than 170,000 signatures, McKamey Manor is “a torture chamber under disguise.” 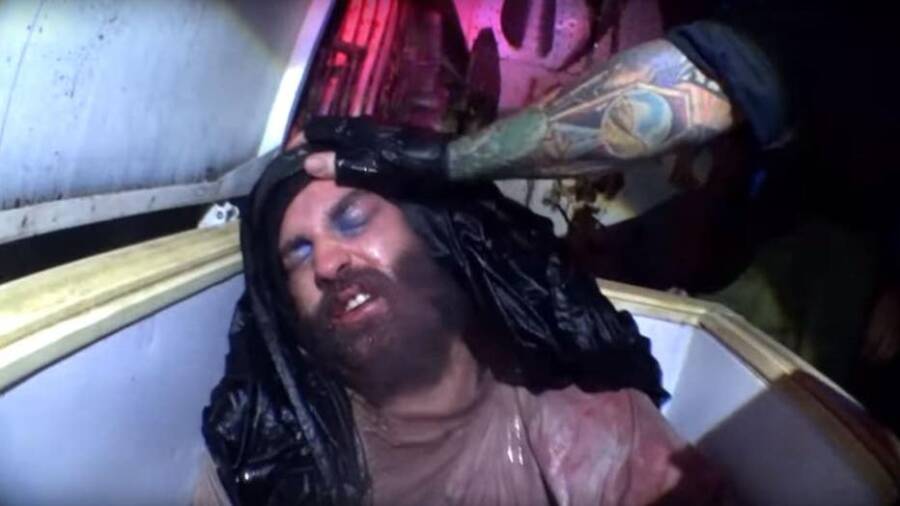 McKamey ManorRuss McKamey tailors each show around the individual’s fear. He claimed water was a very popular concern.

Russ McKamey, the petition claims, “uses loopholes to get out of being arrested,” and “one man was tortured so badly he passed out multiple times… workers only stopped because they thought they had killed him.”

Indeed, a number of people have gone public with their terrifying experiences at McKamey Manor. Laura Hertz Brotherton, who went through McKamey’s San Diego haunted house, claims that the experience sent her to the hospital. She arrived covered in bruises, with scratches inside her mouth from actors “fish-hooking” her cheeks.

Brotherton says actors blindfolded her with duct tape, submerged her by her ankles in water, and buried her alive with only a straw to breathe through.

Other participants describe being forced to eat their own vomit, having their faces shoved in rancid water, and being locked in coffins with insects and spiders. 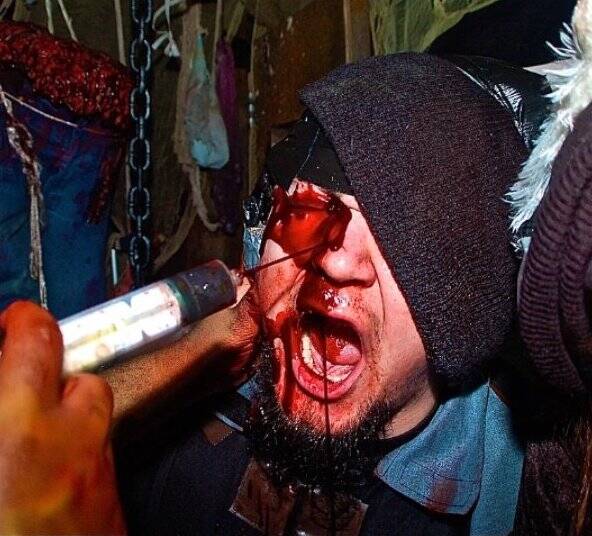 But Russ McKamey says that the backlash has all been blown out of proportion.

That’s simply not the case, he said. McKamey even got rid of the $20,000 prize because it was attracting “the crazy ones.”

Still, he said, “You’d be surprised over the years how many people have claimed something happened to them inside.”

That’s why McKamey tapes every single participant and uploads the videos on YouTube. When people complain about something that happened to them, he merely hands them the unedited footage and says, “Here ya go, here’s the complete show.”

From his perspective, McKamey is simply a good creative director. He claims to tailor each show around everyone’s individual fears. He insists that countless participants have been fooled into thinking something happened that never actually did.

“When I use the hypnosis I can put you in a kitty pool with a couple inches of water and tell you there’s a great white shark in there, and you’re gonna think there’s a shark in there,” McKamey said.

“And so, when you have that kind of power over people, and have them do and see things that you want them to see, then they can leave here thinking it really happened, and they’ll go to the authorities and say, ‘Oh, whatever,’ and I have to come back and show the footage and say, ‘It didn’t go that way at all.'”

“It saved me a thousand times.”

That said, McKamey had adjusted his haunted house a little. He currently offers a “Descent” experience which is six hours long. “People can actually make it through — it’s not as rough as some of them are,” he said.

In the end, McKamey claims that his haunted house is all smoke and mirrors. Mere suggestion is often enough to scare people — and sometimes convince them that something happened that didn’t.

“It’s a mental game,” McKamey insisted. “It’s really me against them.”

Real or not, it seems inevitable that McKamey Manor will continue to draw guests. Considered one of the world’s scariest haunted houses, it’s a magnet for endurance junkies and horror aficionados.

But, as Russ McKamey notes, the “Manor is always gonna win.”

After learning about this extreme haunted house, read about the real haunted house that inspired “The Conjuring”. Then, learn about most haunted places on Earth.