Media Lies: The New York Times Invents Pretext For The War In Iraq 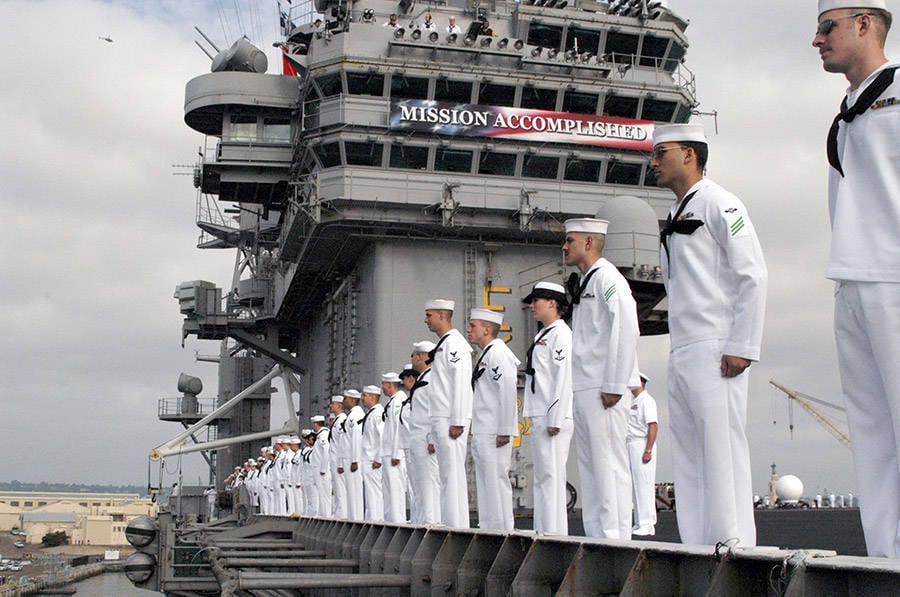 Lewis Hunsaker/U.S. Navy/Getty ImagesThe USS Lincoln returns from a 10-month deployment in support of the U.S.-led war in Iraq.

The runup to Operation Iraqi Freedom lasted from the end of 2001 to the beginning of 2003 and demanded that so many lies be told by so many formerly reliable sources that irreparable harm may have been done to all of the news outlets that covered it.

Probably no source was as badly tarnished as The New York Times. In support of the war hysteria, the Times printed more exaggerations, fabrications, and plain lies than possibly any other media outlet since the Soviet Union collapsed.

For example, on November 11, 2001, William Safire wrote a column warning Americans about Saddam Hussein’s secret links to Al Qaeda. Seeking to forge a connection between the people who pulled off 9/11 and the people the Bush Administration really wanted to kill, Safire claimed that members of Saddam’s secret service had met with Al Qaeda operatives in Prague.

When the Czech government went public saying the meeting never happened, Safire wrote another column claiming the meeting had indeed happened, but in Kurdistan (where apparently they don’t have a subscription to the Times).

In another instance of The New York Times media lies from September of 2002, the paper ran with a story on a UN International Atomic Energy Agency report claiming that Iraq was six months away from having a nuclear weapon. But, in fact, the report never even existed.