Inside Musée Fragonard, The Macabre Museum Full Of Flayed Men And Dismembered Animals

Founded in 1766, the Musée Fragonard houses the works and collections of medical artist and anatomist Honoré Fragonard. 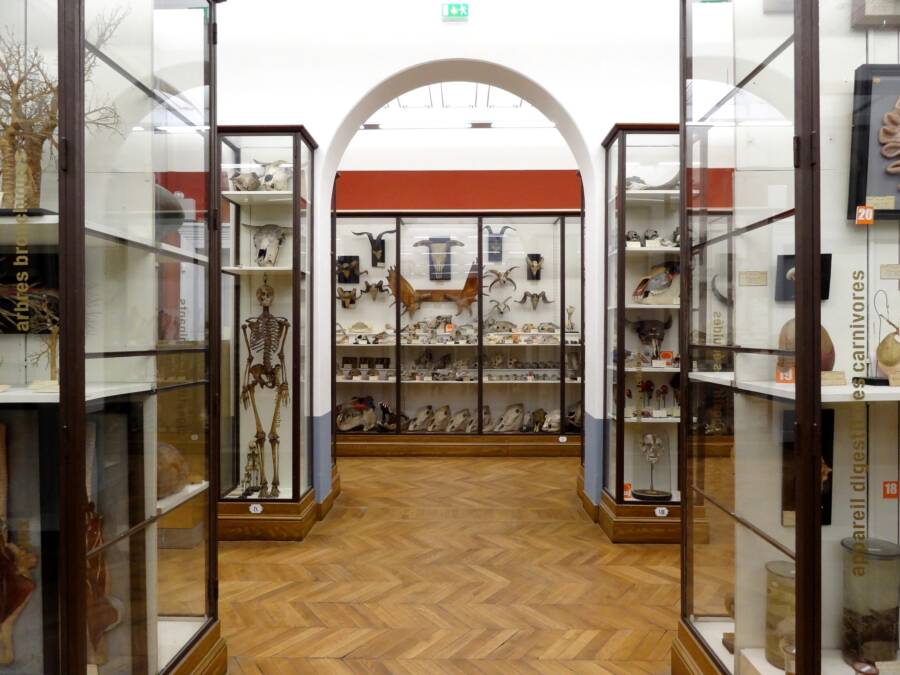 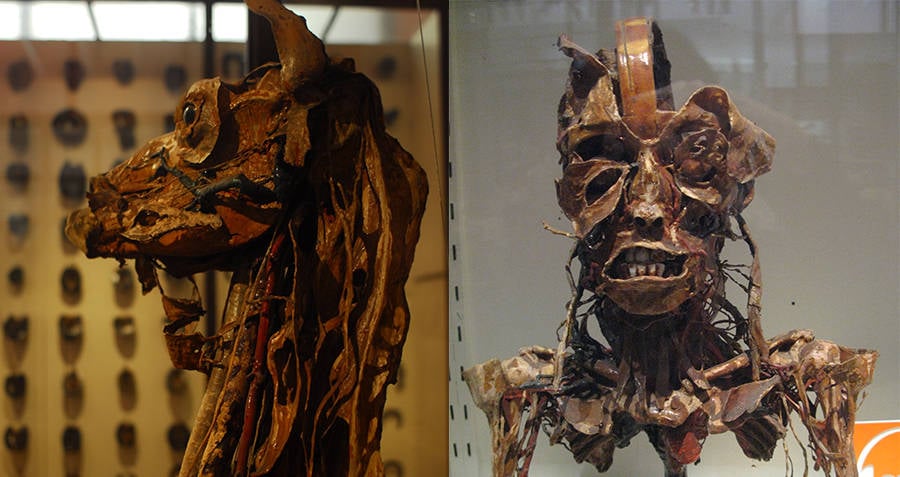 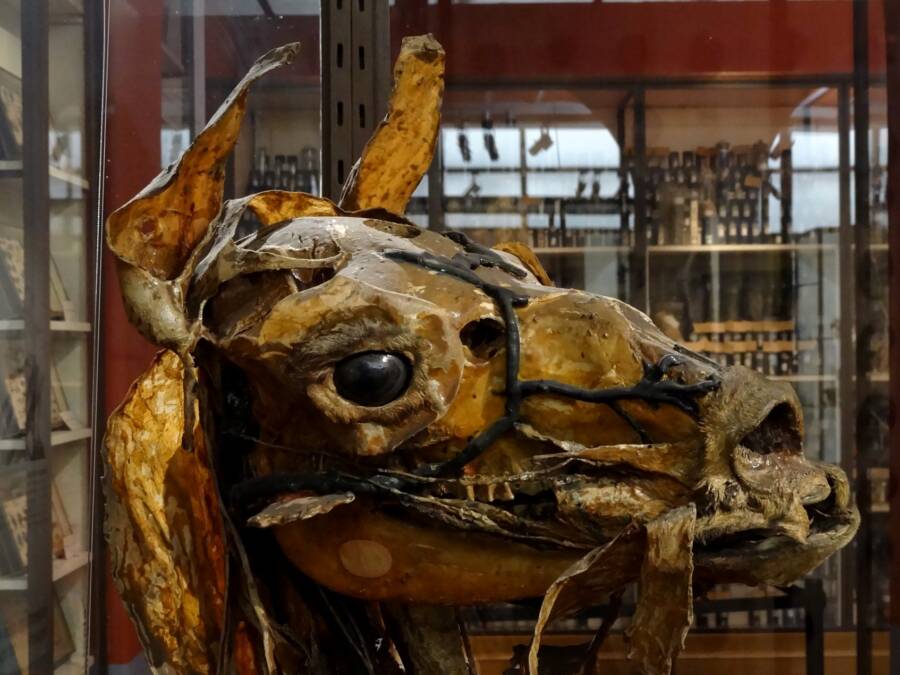 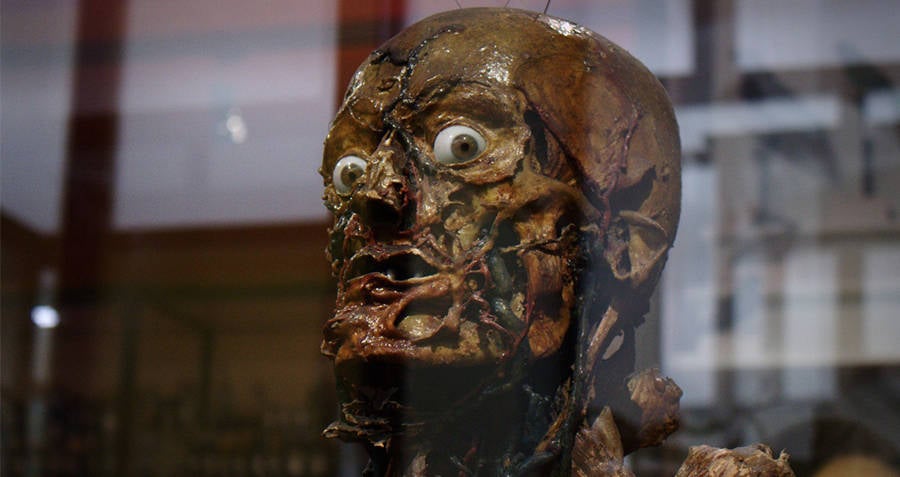 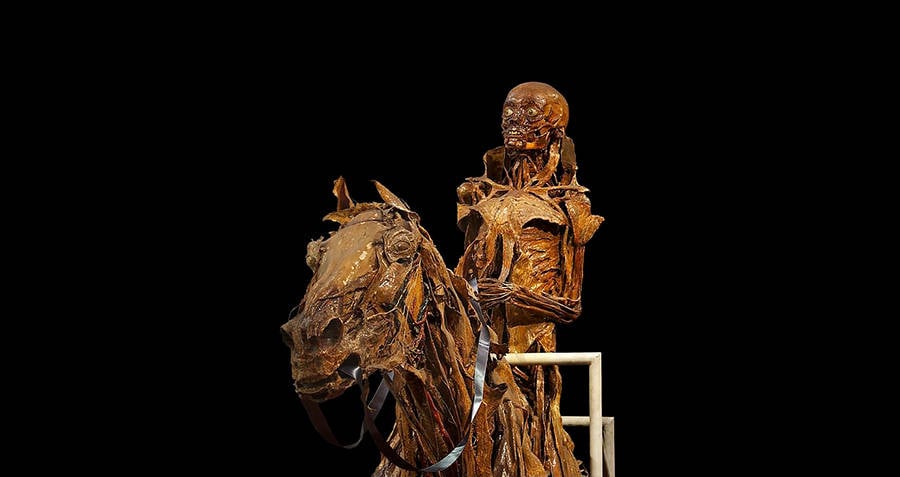 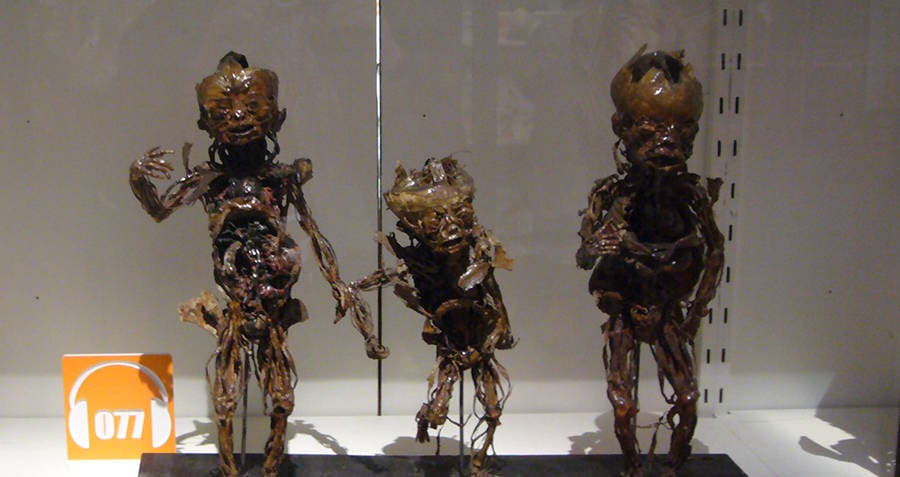 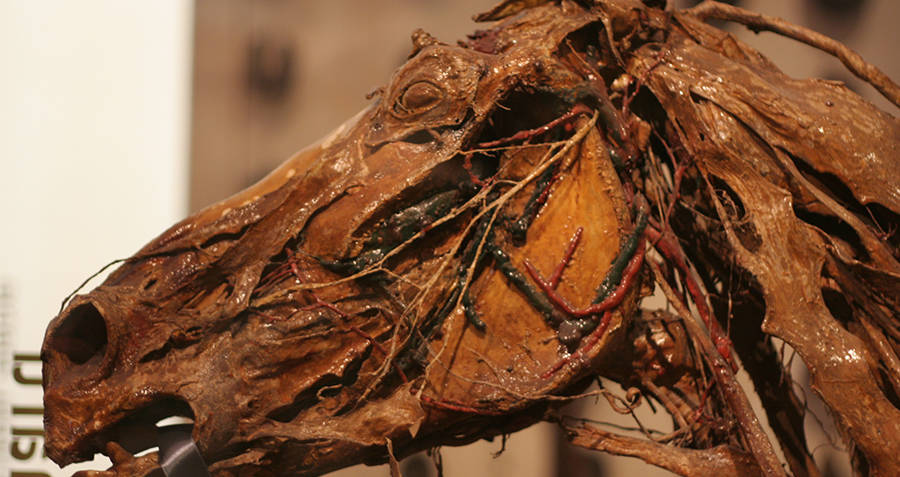 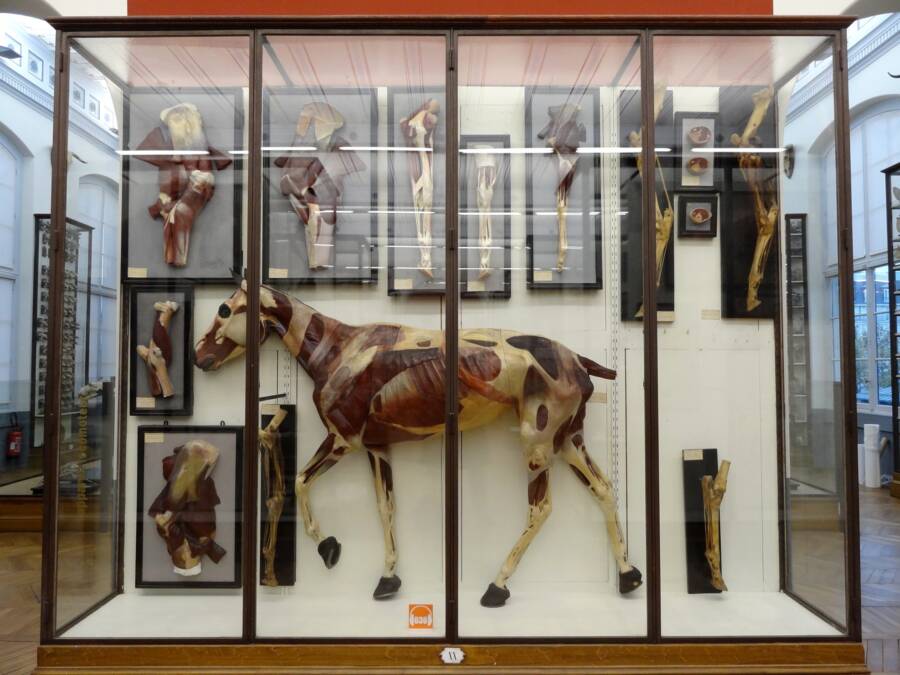 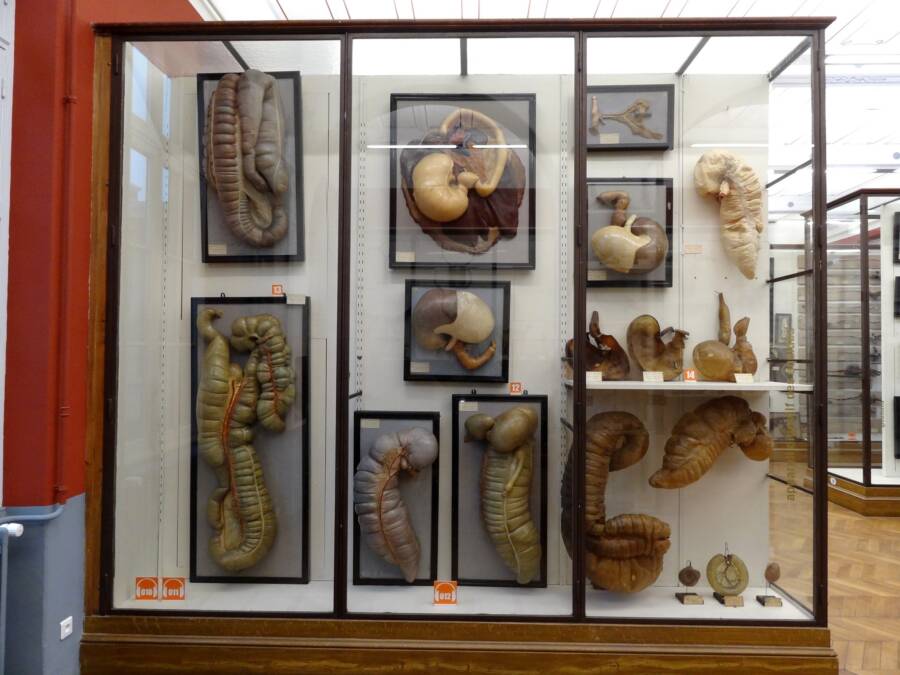 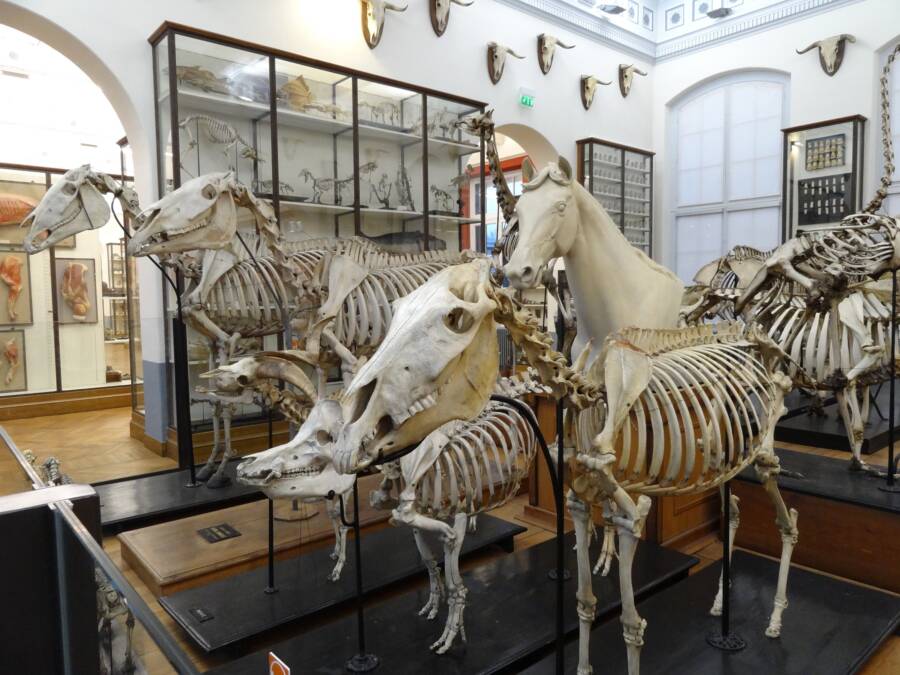 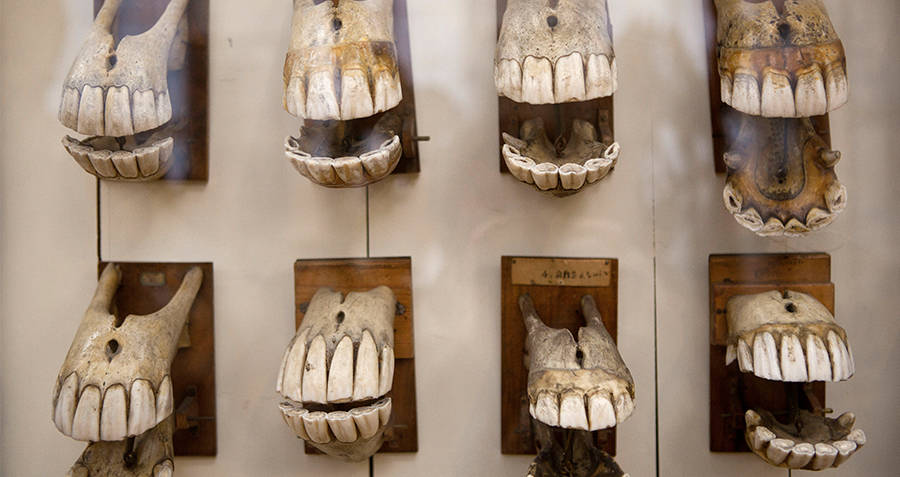 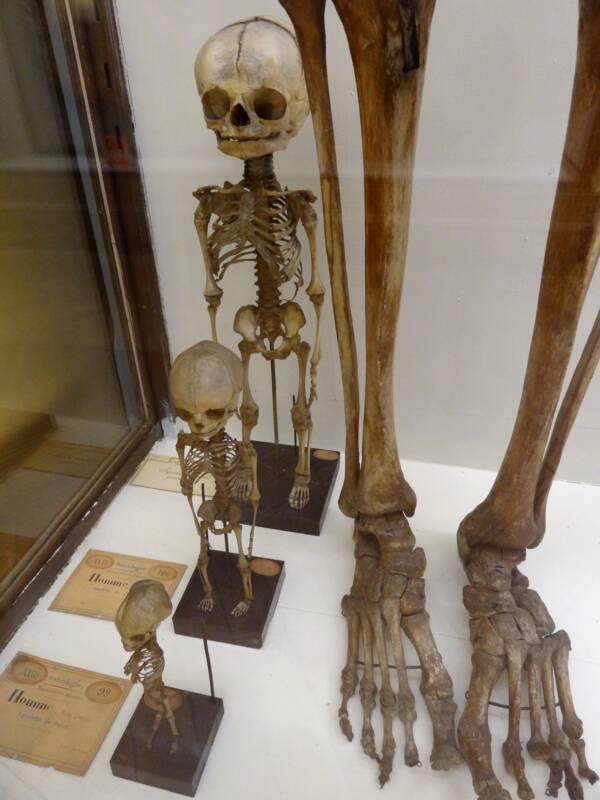 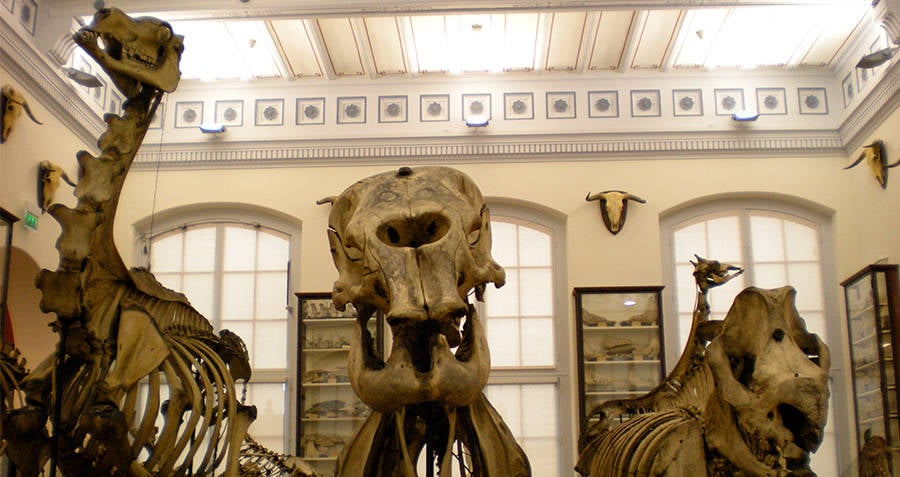 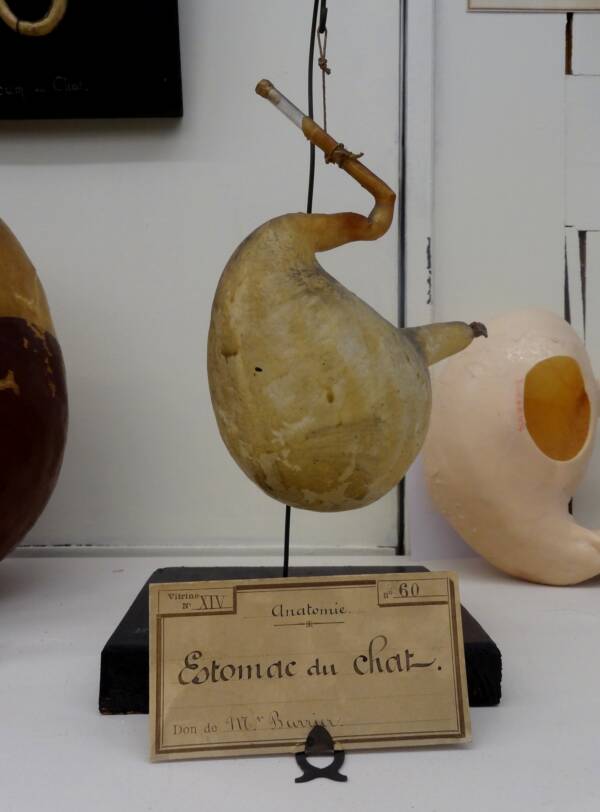 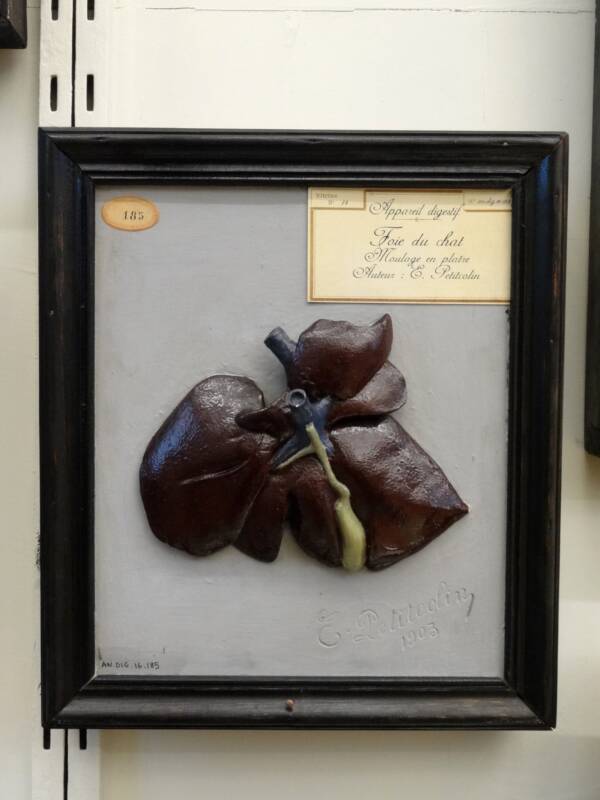 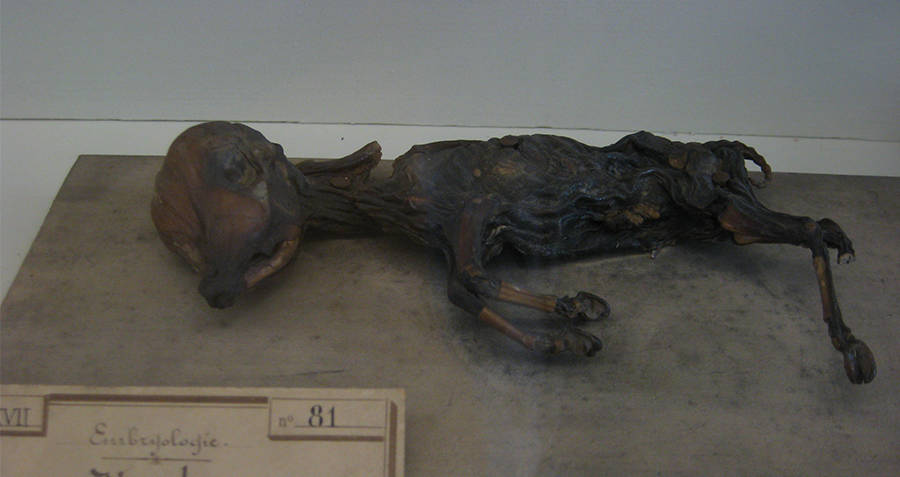 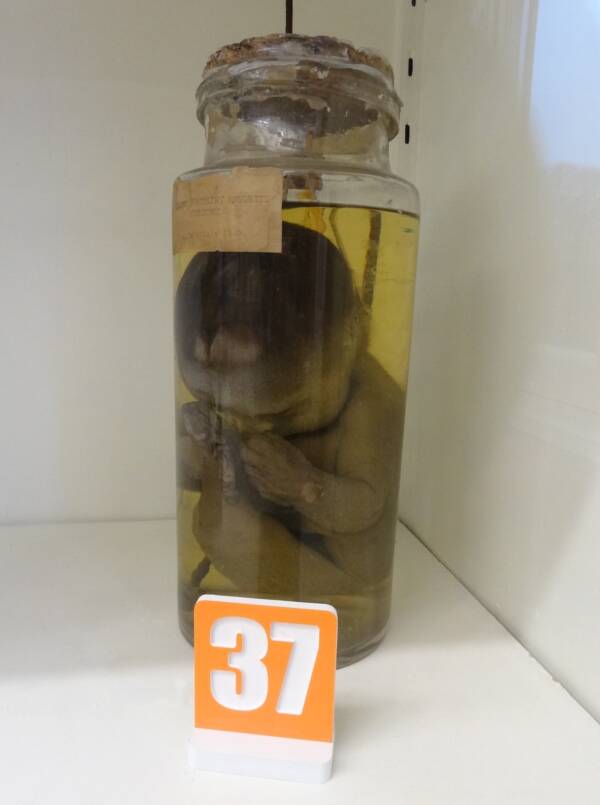 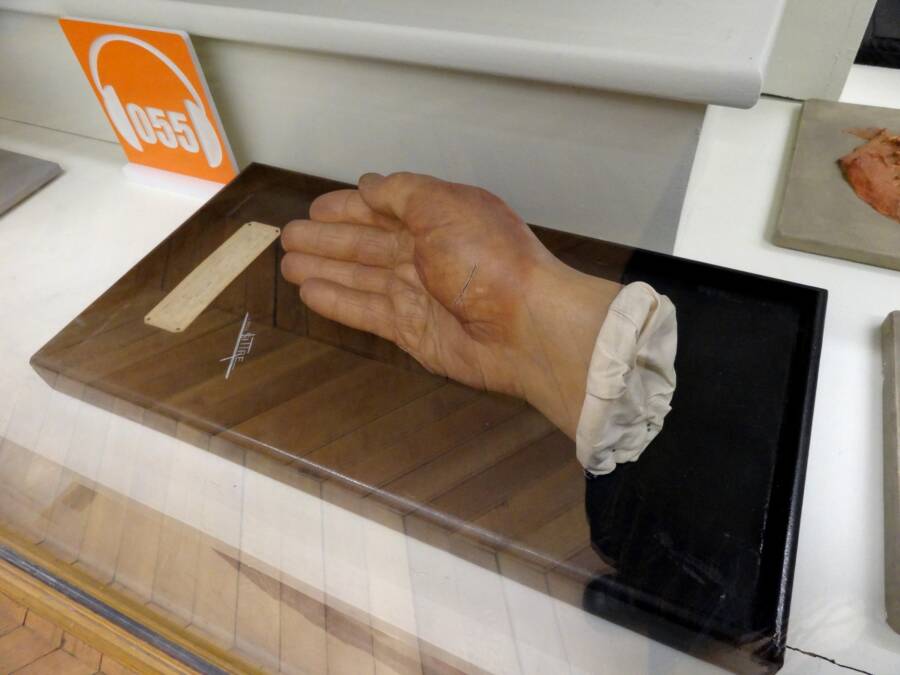 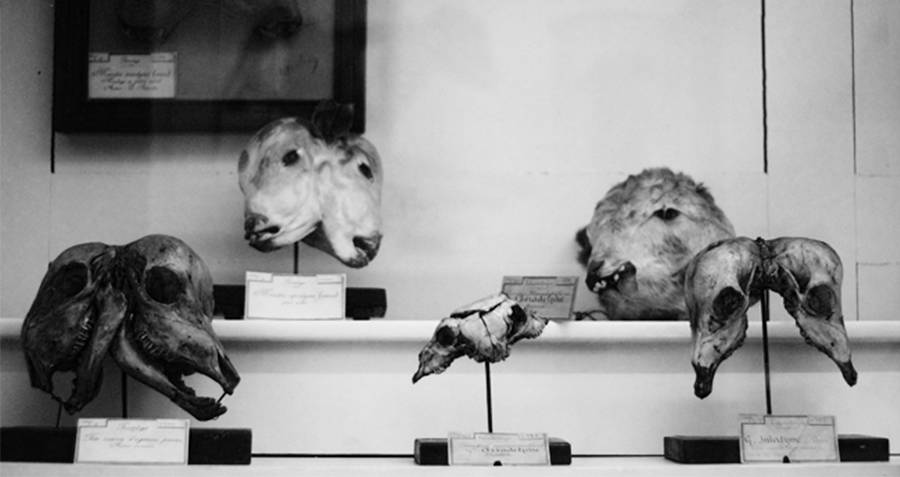 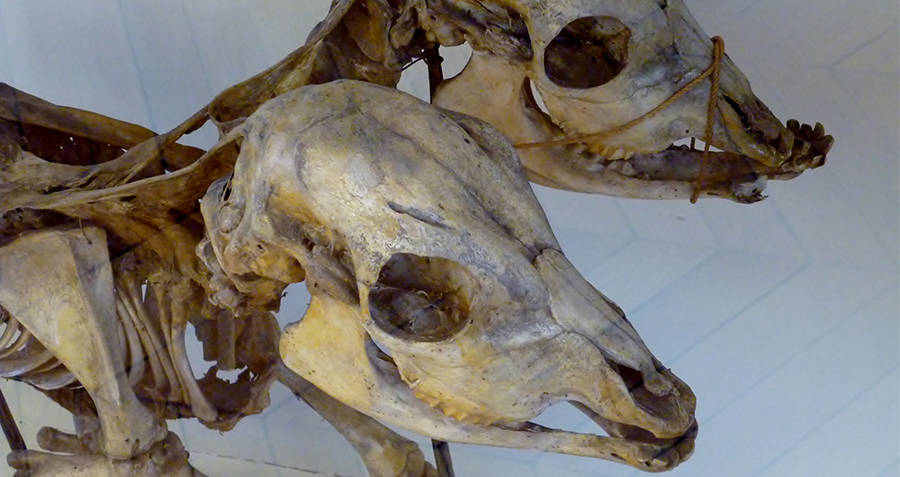 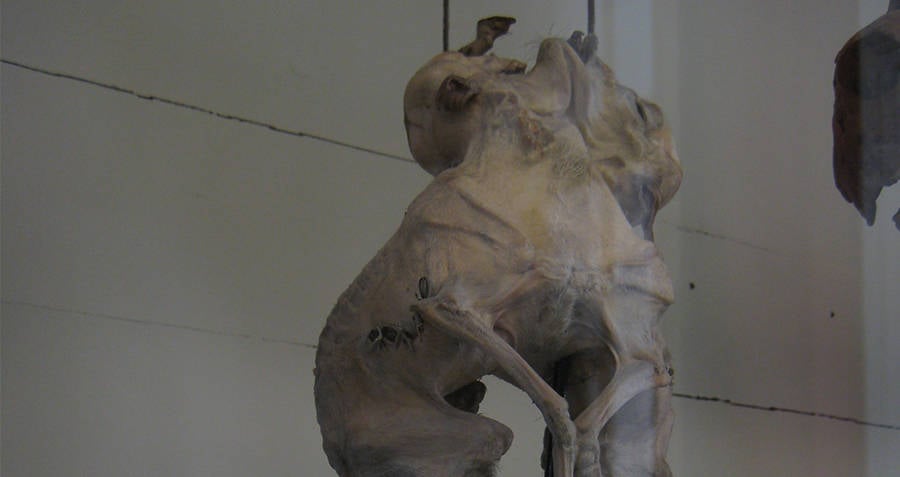 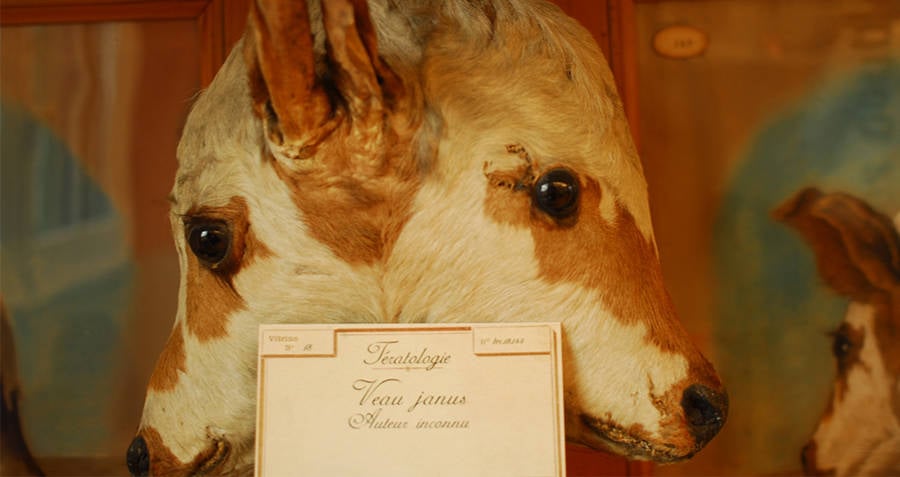 Honoré Fragonard was — first and foremost — an anatomist. He was a professor at the very first veterinary school in Lyon, France, appointed personally by Louis XV. But when people mention the name Honoré Fragonard, it's not his teaching skills that come to mind.

Fragonard was also an artist of sorts — blending his passions into a macabre pastime. He was a sculptor, but instead of using plaster or clay, he used cadavers as raw material.

He made models intended to teach internal anatomy by showing a close-up look at humans' inner workings — tissue, organs... all of it. These types of visual aids were not completely out of place at the time. After all, anatomy study was a rising trend.

However, while his fellow professors were making their models out of wax, ceramic, and plaster, Fragonard was making his creations out of real human bodies. He called the macabre tissue sculptures écorchés, or "flayed men."

The irony of this was that Fragonard was a trained surgeon who seemed to have the heart of an artist beating in his chest. But it was Fragonard's cousin, the Neoclassical and Rococo painter Jean-Honoré Fragonard, who achieved notable fame in the art world. 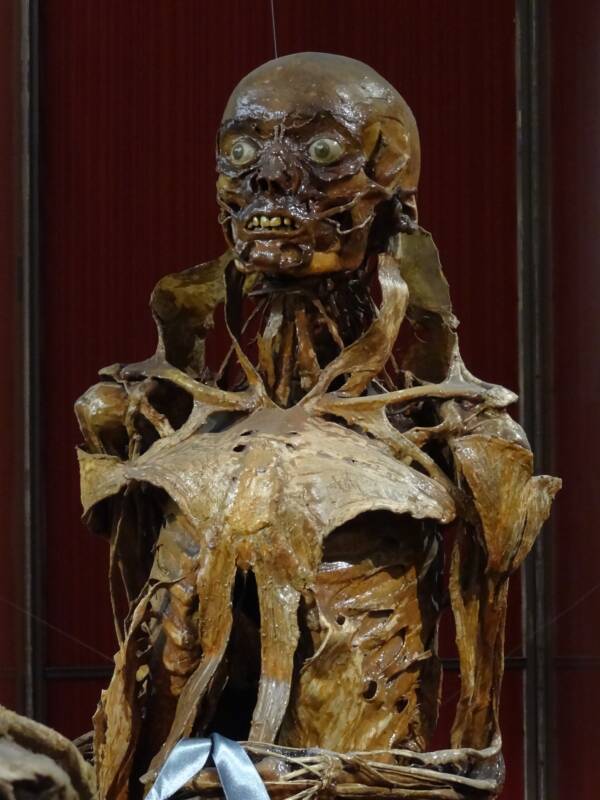 Fragonard spent six years at the veterinary school, skinning hundreds of cadavers — animal and human. He exposed and preserved their musculature and bone structure. He intended to sell them to other universities as educational anatomical models.

But it seems that Fragonard sometimes lost sight of these goals. He created a good portion of the models, it appears, purely for artistic reasons. While dissecting corpses at the rate of two per week, he developed techniques that led to the ability to whimsically pose his creations.

He had a secret recipe for preserving the bodies after skinning, but he never revealed it. There are a few theories, one involving blood draining, a hot water bath, sheep fat, pine resin, and essential oils. Another theory involves eau-de-vie or another alcohol, mixed with pepper and herbs.

Both include injecting colored wax or tallow mixed with turpentine into the veins, bronchial tubes, and arteries. The final steps likely included drying and varnishing the subjects.

As one may suspect, Fragonard's unsettling models began worrying Parisians. The head of the school quietly spread the word that the eccentric scientist was a madman, and dismissed him from the school. Since then, all indications point to Fragonard being lucid, not insane, until his death at age 66.

Left on his own, Fragonard continued to create écorchés and sell them privately. It is assumed that over his lifetime, he created over 700 of these bizarre creations.

Paris' Musée Fragonard d'Alfort is home to the 20 écorchés still in existence today. Perhaps the most jarring of them all is the one named "Horseman of the Apocalypse."

It features a fully flayed human riding a skinless horse, with human fetuses riding sheep and horse fetuses in tow.

At the time of its creation, some people whispered that the human on the horse was actually Fragonard's deceased fiancée, but these rumors were later proven to be untrue.

Interestingly enough, another famed artist was a contemporary of Fragonard's — the wax-worker Madame Tussaud. In 1789, she was in Paris casting guillotined heads in wax during the French Revolution.

While Tussaud clearly became more famous than Fragonard with her namesake wax museums, there's a special place of recognition for Fragonard at his Musée.

Truly one of a kind, the museum houses Fragonard's personal cabinet of monstrosities. Along with the flayed humans and animals, you'll also find a "mermaid baby" (a fetus with a leg deformity), along with unusual animal specimens.

At Musée Fragonard, his work is indeed regarded as an art form — no matter how uncomfortable it makes its viewers.

Enjoyed this? Check out some more weird science experiments. Then read about how 17th-century Europeans used to practice medicinal cannibalism.