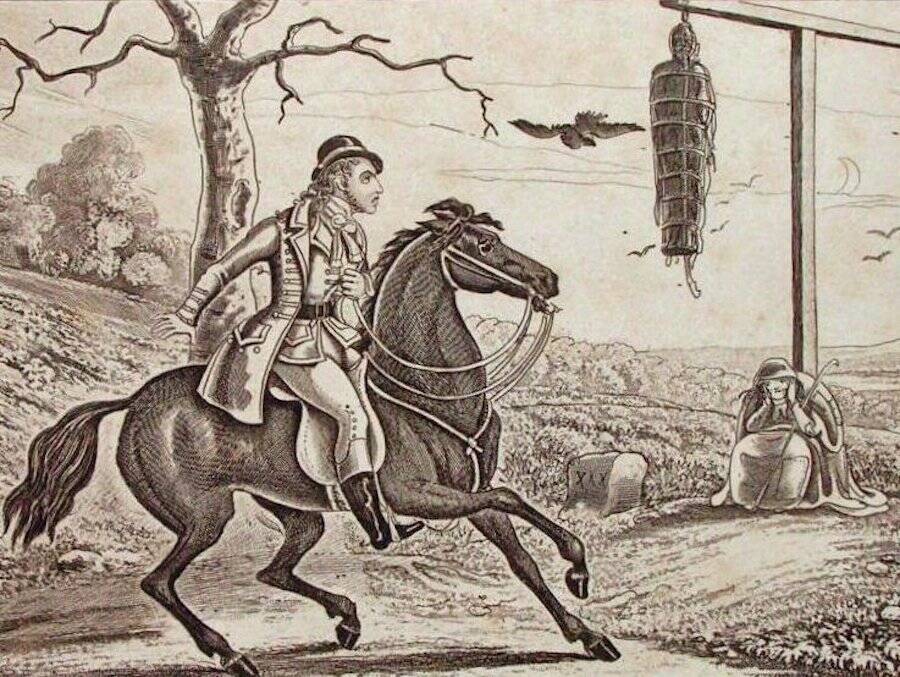 Being Human FestivalA rider and his horse recoil at the sight of a gibbeted man.

Gibbeting was the practice of locking criminals in human-shaped cages and hanging them up for display in public areas as a warning to others. The gibbet itself refers to the wooden structure from which the cage was hung.

In some cases, people were already executed prior to being gibbeted. But in other cases, they were still alive and left to die of exposure and starvation. Immobile and ghastly while alive — and reeking once dead — people who were gibbeted were haunting to behold.

The Medieval origin of gibbeting is often overlooked due to the popularity of the punishment in 1740s Britain. Nonetheless, many people before then were sentenced to die by being trapped in this torturous contraption.

Leaders of Germany’s Anabaptist movement in Münster were gibbeted in 1536, and the steel cages are still on display to this day. The United Kingdom also has gibbets on display, and one even contains parts of a skull. 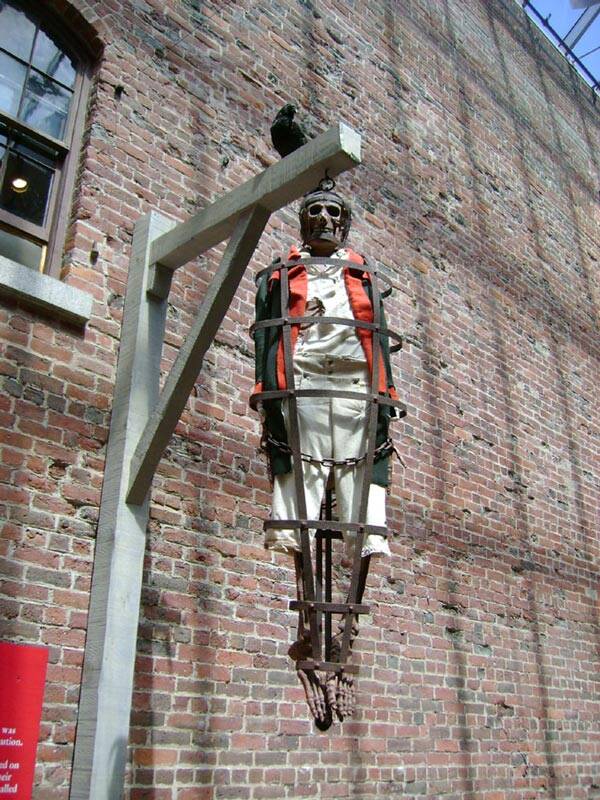 FlickrOne of the 16 gibbets still on display across the United Kingdom.

“What’s interesting about gibbeting is that it didn’t happen that frequently,” said Sarah Tarlow, professor of archaeology at the University of Leicester. “But it made a big splash, a big impression, when it did.”

England’s penchant for gibbeting peaked in the 1740s, and it was even mandated for convicted murderers by the 1752 Murder Act, which required their bodies to be either publicly dissected or gibbeted. A public gibbeting often drew crowds of thousands. Unsurprisingly, people who lived by a gibbet were not enthused.

“It would smell bad,” said Tarlow. “You can imagine what it was like just to have a decomposing body there, especially at the beginning when there was still soft tissue.” 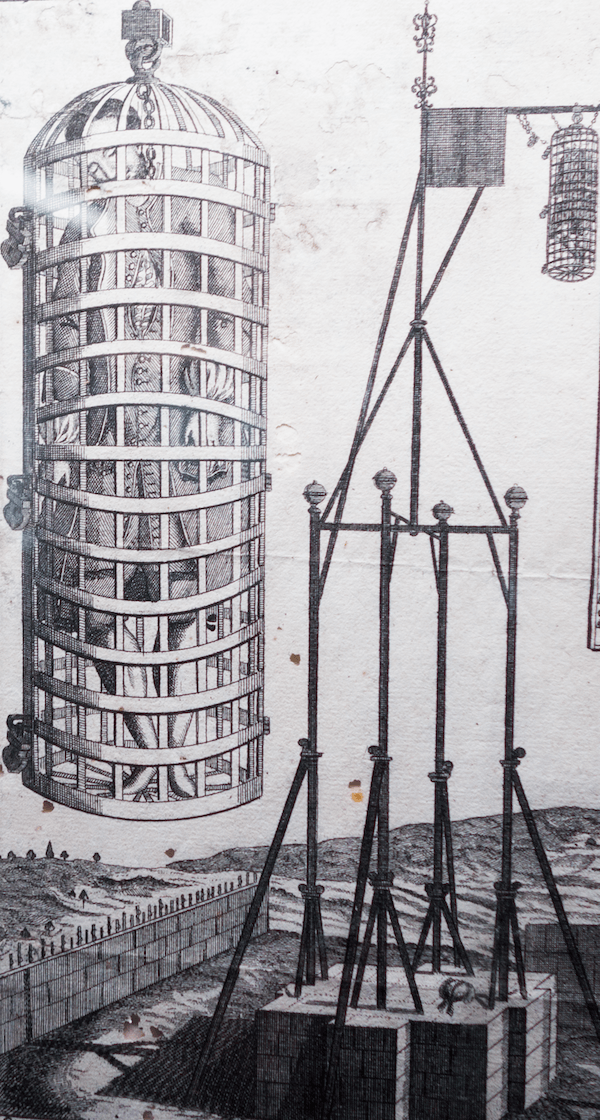 FlickrDepiction of a gibbeted man displayed in Rothenburg, Germany.

Officials ensured that no one removed the contraption by hanging it up about 30 feet in the air. So the body of a gibbeted prisoner could remain in the cage for years, creaking in the wind. And birds and bugs would pick at the corpses as they turned into skeletons.

Women were spared from the gibbets, but not out of gentlemanly deferment. Rather, women’s bodies were “hot property for surgeons and anatomists,” Tarlow explained.