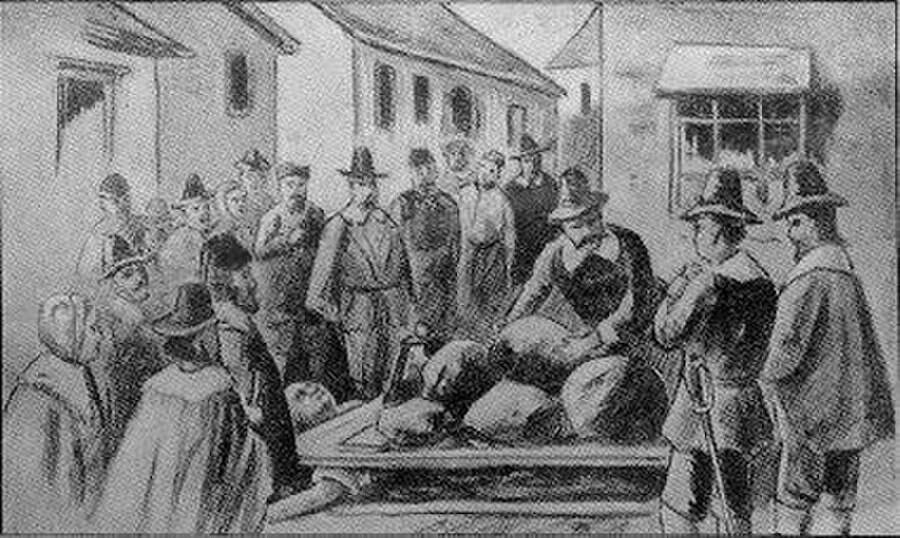 The British may not have been known for crushing people with elephants, but they did crush people using weights (like large stones and other heavy items). Disturbingly, people who were sentenced to crushing hadn’t even been found guilty of anything. Instead, this pressing was supposed to coerce them into entering a plea.

Crushing was one of many Medieval execution methods that were initially intended to coerce confessions out of alleged criminals. It was reserved for those who refused to plead guilty or not guilty to a crime. However, this approach commonly led to the victim dying.

England’s crushing method, which dates back to the 13th century, continued well into the Enlightenment era. Weight was slowly stacked on top of these victims until they suffocated. Sometimes, their bones would break during the process — and burst through their skin. 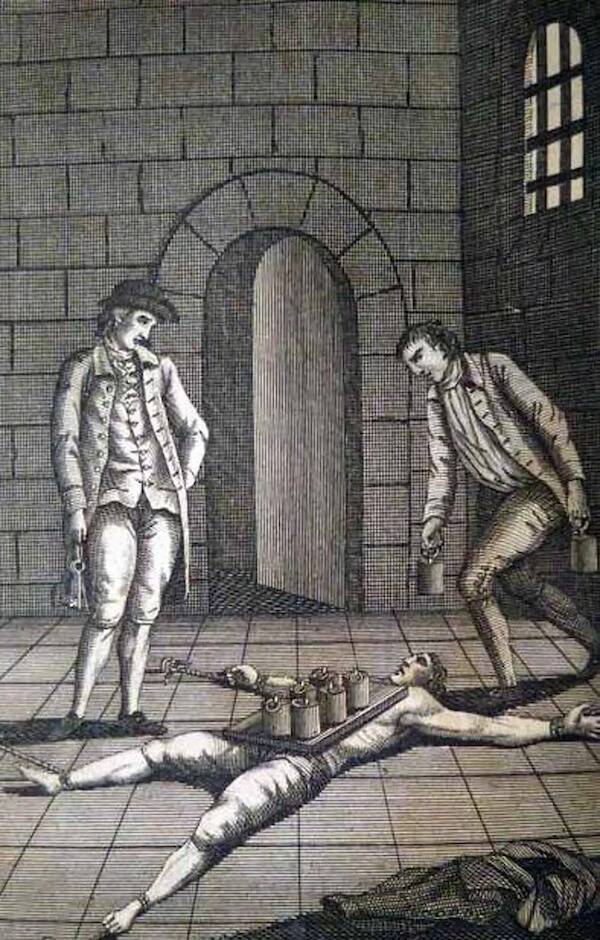 Wikimedia CommonsCrushing was primarily used to coerce subjects to enter a plea of guilty or not guilty, but often led to death.

Margaret Clitherow was famously crushed to death for refusing to enter a guilty plea against charges that she practiced Catholicism and harbored priests. In 1586, she was stripped naked in public and dragged to a bridge to forcibly enter a plea. She never did, and so her limbs were tied with ropes and stretched out and a door was placed on top of her.

About 800 pounds of stones were placed on top of her until her spine snapped and her ribs burst from her skin. Her steadfast disposition and tragic death led to her being named a saint by the Catholic Church in 1970.

But perhaps the most famous crushing occurred after the Middle Ages, during the Salem witch trials in Massachusetts. In 1692, mass hysteria had set in at the village, and an estimated 200 people were accused of witchcraft. The panic was so heightened that a special court was formed to hear the cases, which resulted in 20 executions. 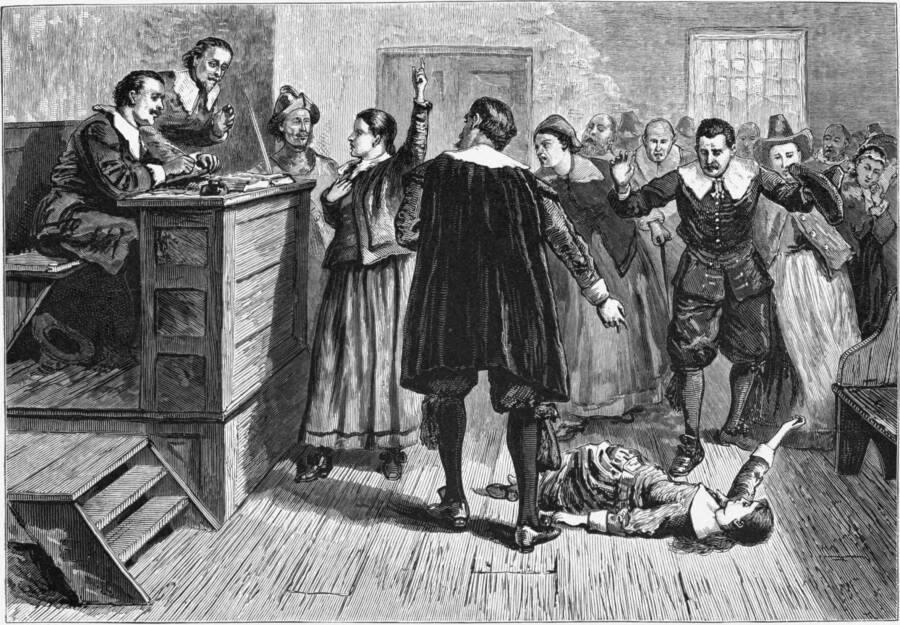 Wikimedia CommonsA depiction of the Salem witch trials in 1692.

Giles Corey was among the accused. The old farmer had garnered a bad reputation for beating an apple thief to death nearly two decades earlier. And so during the anti-witch hysteria, he was eventually accused of witchcraft.

His refusal to stand trial resulted in authorities ordering a crushing, in the hopes that he would at least enter a plea. Stripped naked with a board placed on his chest, Corey was aware of how this would end: He could plead innocent and be executed for being a witch, or stay strong and die with his dignity intact — and also allow his living relatives to keep his land.

Throughout the crushing, the farmer did nothing but ask for “more weight” to be added so that death would come quickly. His body endured for about two days before giving out.