While many of us are grateful for the 40-hour work week, Medieval peasants worked far less than even that. 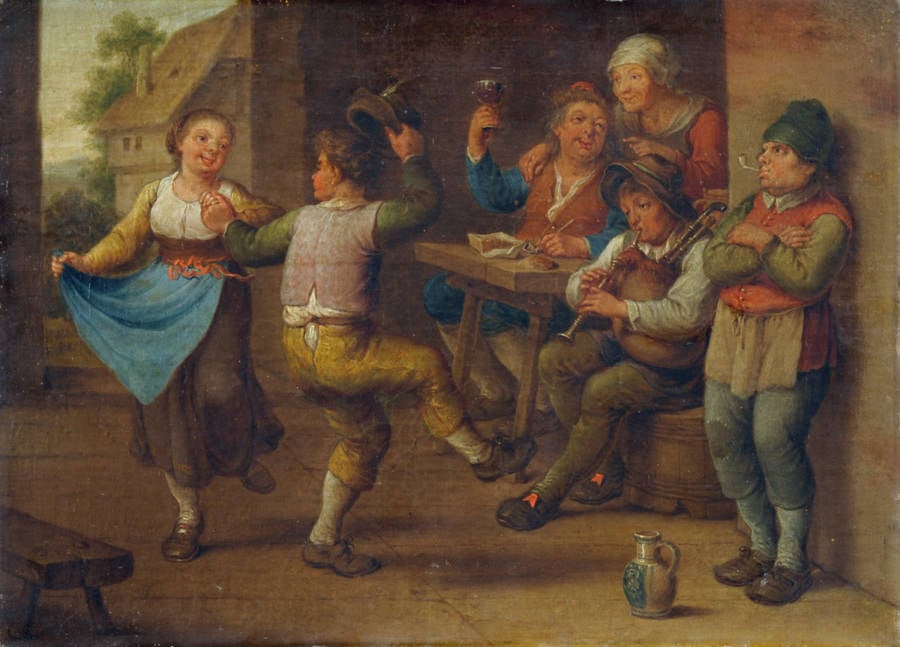 Wikimedia CommonsCelebrating Peasants from the 18th or 19th century depicts a fairly jovial atmosphere at work.

When professor Juliet Schor released her book, The Overworked American: The Unexpected Decline of Leisure, the average American was shocked. According to her research, they were working more days and taking fewer vacation days than a medieval peasant.

Unfortunately, the Bureau of Labor Statistics‘ latest available data only supports this notion. Indeed, the average annual hours worked by Americans in 2017 reached 1,780, whereas an adult male peasant in the United Kingdom worked an average of 1,620.

Let’s take a closer look at why we work 160 hours more than the average serf. 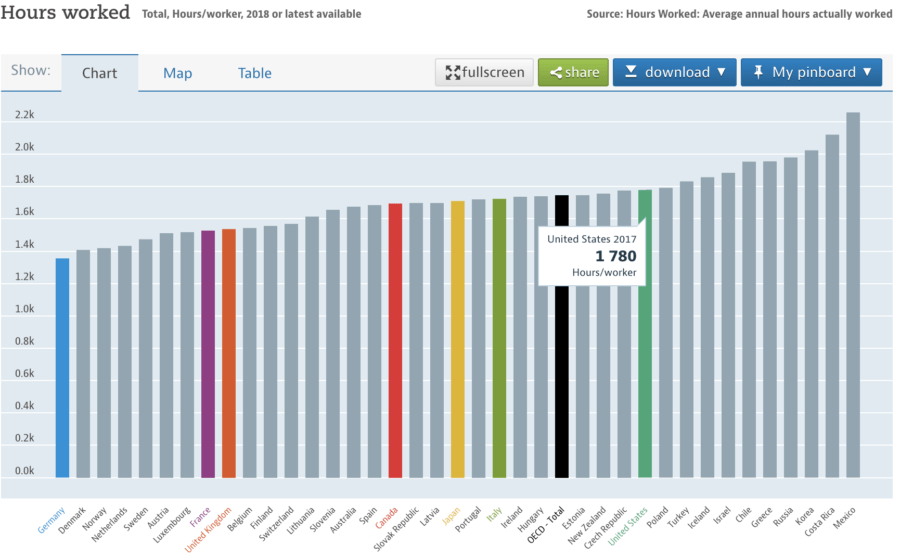 Organisation for Economic
Co-operation and Development (Data: Bureau of Labor Statistics)The latest available data regarding annual hours worked around the globe has the U.S. at 1,780 for 2017. That figure isn’t likely to drastically differ any time soon.

Because the need for agricultural labor in the Middle Ages was season-dependent, the average peasant had about eight weeks to half the year off. Plus, the Church knew the opportunity to rest would keep workers happy and orderly, so they ordered frequent mandatory holidays.

The 70 to 80-hour work week for the average 19th-century laborer in the industrial revolution was actually a deviation from the ways of their medieval predecessors. Arguing for an eight-hour workday was not so much a push for the progressive, but a return to the ways of yore.

Indeed, medieval peasants enjoyed a less rigid workday. Meals weren’t rushed and the afternoon might call for a nap. “The tempo of life was slow, even leisurely; the pace of work relaxed,” said Schor. “Our ancestors may not have been rich, but they had an abundance of leisure.” 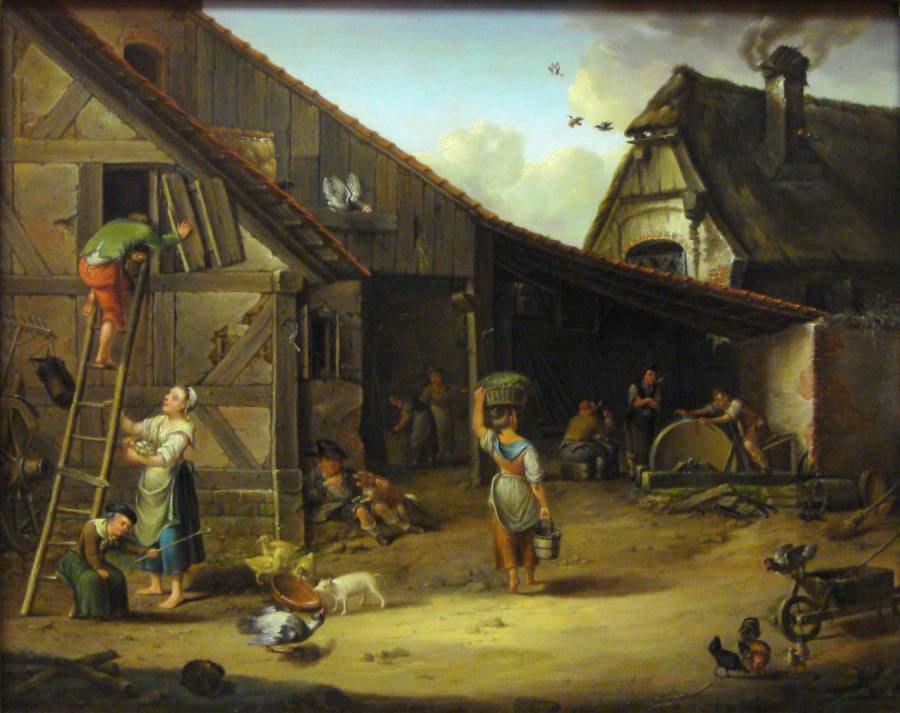 Wikimedia CommonsA Farm depicts a typical day in the life of a peasant and his environment. Work hours weren’t as rigid back then due to a variety of factors including season-dependent tasks.

A 16th-century Bishop wrote of the average workday of his time, “The labouring man will take his rest in the morning; a good piece of the day is spent afore he come at his work; then he must have his breakfast…At noon he must have his sleeping time, then his bever in the afternoon, which spendeth a great part of the day; and when his hour cometh at night, at the first stroke of the clock he casteth down his tools, leaveth his work, in what need or case soever the work standeth.”

While we may be accustomed to images of medieval peasants toiling away from dawn until dusk and be convinced from this that we have it better than they ever did — a 13th-century laborer could have up to 25 weeks off per year. For reference, the average American worker has 16 days of vacation per year.

“Consider a typical working day in the medieval period,” said Schor. “It stretched from dawn to dusk (sixteen hours in summer and eight in winter), but, as Bishop Pilkington has noted, work was intermittent — called to halt for breakfast, lunch, the customary afternoon nap, and dinner. Depending on time and place, there were also mid-morning and mid-afternoon refreshment breaks.”

Additionally, the medieval calendar was also one of many official Church-going holidays which were always considered mandatory. In total, leisure time in medieval England took up probably about one-third of the year. 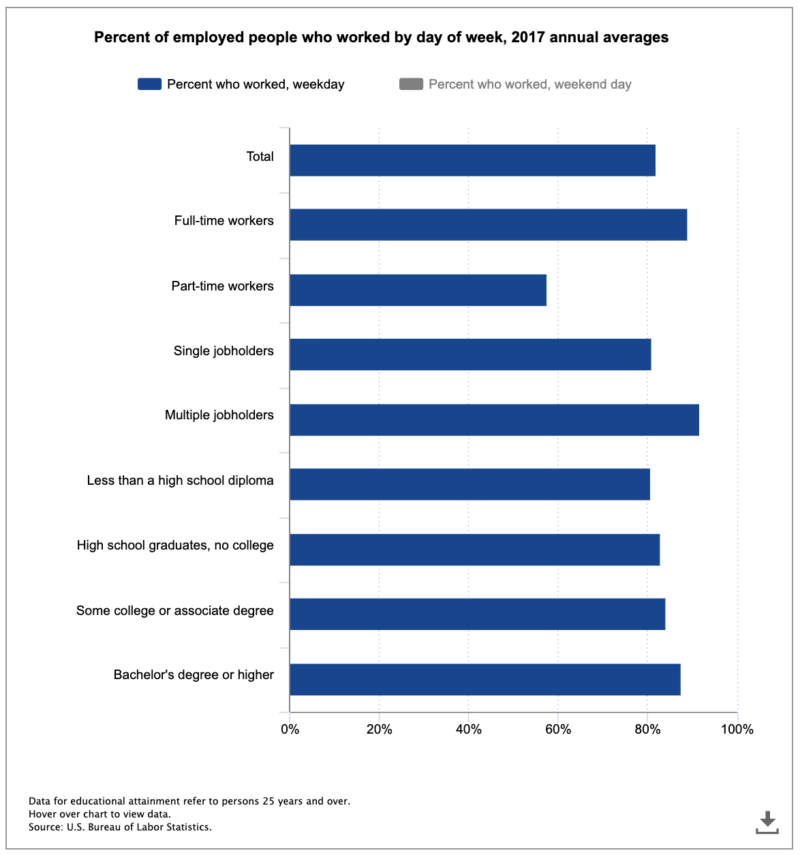 Bureau of Labor StatisticsIn 2017, the average total annual hours employed people worked was 82 percent of the time. The U.S. is the only advanced country with no national vacation policy.

But since the Reagan era, the security of long-term employment has steadily declined. Our generation has become accustomed to hopping from job to job and adding a part-time gig on top as to combat the fears of a fluctuation economy. With a Great Recession ingrained in our psyche, vacations seem like a luxury.

The United States is the only first-world country without a national vacation policy, after all. Millions work on public holidays and don’t use their vacation days for fear of retribution. With a horrific lack of standardized, easily accessible healthcare — sick days and vacation days often blend together.

According to the World Economic Forum, the Greeks have the longest work week in the European Union (EU). Granted, they’ve struggled with a terrible economy in recent years which could explain the additional effort.

However, Germany is second to last in the EU when it comes to annual hours worked and has a generous work model in place. It is, nonetheless, an economic behemoth. An average German works 1,363 hours per year which goes to show that vacation days might actually improve a nation’s GDP. 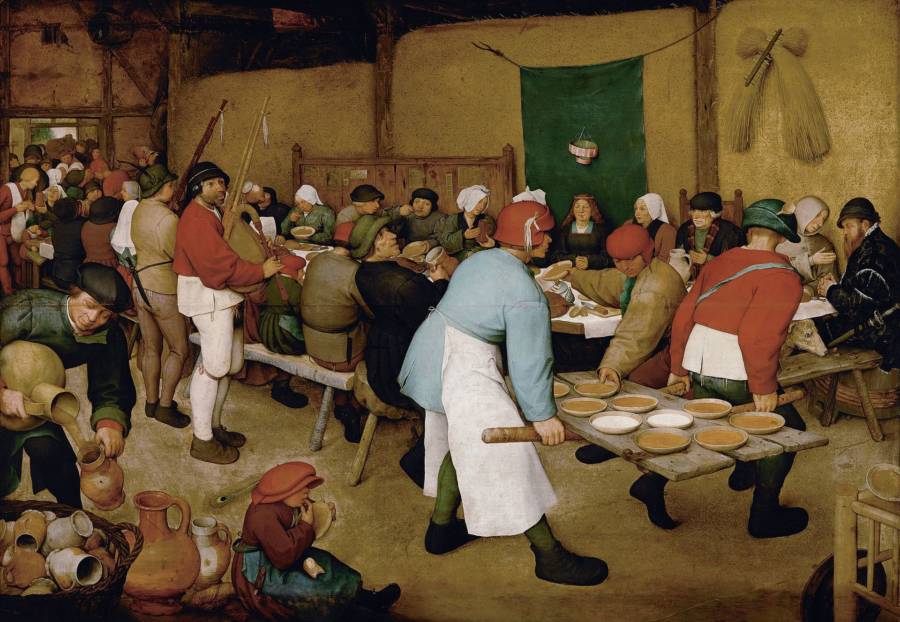 Indeed, according to the U.S. National Library of Medicine, which conducted a nine-year experiment, the frequency of annual vacations is directly “associated with a reduced risk of all-cause mortality” and concluded that “vacationing may be good for your health.”

Unfortunately, it seems as though the United States Congress is getting more vacation days than the average American citizen. According to Thought Co., its members make a base salary of $174,000 and work fewer than half of the days in a year — and this is perhaps not even to mention this years shut down.

Next up, read about how Americans saluted the flag until 1942. Then, take a look at 21 North Korean propaganda pictures depicting American life.