Adolf Hitler's infamous autobiography has sold tens of thousands of copies in Germany over the last year. 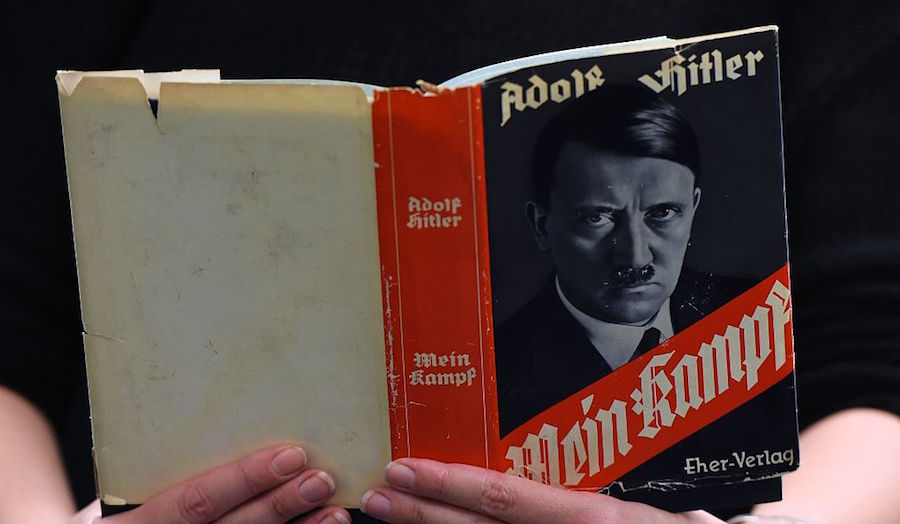 Adolf Hitler’s Mein Kampf has recently become a bestseller in Germany, its publisher announced this Tuesday.

According to its publisher, the Institute of Contemporary History of Munich (IfZ), Germans have purchased around 85,000 copies of the book since the reprint’s release this past January, only days after the copyright of Hitler’s autobiography expired and the book fell into the public domain. This marked the first time that anyone had published the controversial book in Germany since World War II.

IfZ originally planned to print just 4,000 copies of the book, but excessive demand forced them to increase production almost immediately. a href=”https://www.amazon.com/Mein-Kampf/dp/0395925037/ref=as_li_ss_tl?s=books&ie=UTF8&qid=1513380208&sr=1-1&keywords=Mein+Kampf&linkCode=ll1&tag=probefhos-20&linkId=e34db13295f469b260c89cf8802a6e6f” rel=”noopener” target=”_blank”>Mein Kampf then topped German magazine Der Spiegel‘s nonfiction bestseller list for two weeks this past April, and ranked somewhere on the list for the entirety of the year.

Split across two volumes, the reprint of this infamous tome — which Hitler wrote in 1924 and which outlines his Nazi ideology — was meant to enrich the discussion around the surge of “authoritarian political views” in Western culture, according to IfZ.

As the institute’s director, Andreas Wirsching, said in a statement:

“It turned out that the fear the publication would promote Hitler’s ideology or even make it socially acceptable and give neo-Nazis a new propaganda platform was totally unfounded. To the contrary, the debate about Hitler’s worldview and his approach to propaganda offered a chance to look at the causes and consequences of totalitarian ideologies, at a time in which authoritarian political views and right-wing slogans are gaining ground.”

According to the institute, data collected by German bookstores indicated that the book’s buyers were typically “interested in politics and history as well as educators” and not “reactionaries or right-wing radicals.”

Despite this, IfZ said that it would keep restricting the book’s international publication despite strong consumer interest in many countries. They plan only to publish forthcoming versions of a href=”https://www.amazon.com/Mein-Kampf/dp/0395925037/ref=as_li_ss_tl?s=books&ie=UTF8&qid=1513380208&sr=1-1&keywords=Mein+Kampf&linkCode=ll1&tag=probefhos-20&linkId=e34db13295f469b260c89cf8802a6e6f” rel=”noopener” target=”_blank”>Mein Kampf in English and French.

Next, read about how Nazi language has become increasingly common in Germany’s discussion of the refugee crisis, before checking out how IBM helped the Nazis carry out the Holocaust.