The woman's husband reportedly purchased her the hunting trip for Valentine's Day. 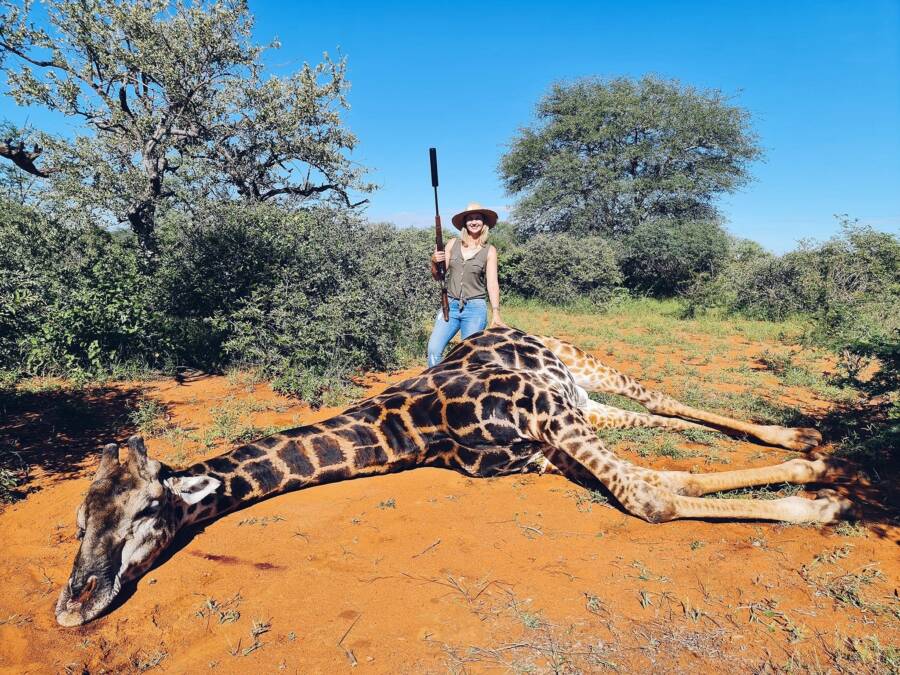 FacebookMerelize Van der Merwe says she has paid to kill as many as 500 animals over the years.

Valentine’s Day for most is a heartwarming holiday that gives people the chance to tell their loved ones how special they are. For one South African trophy huntress, celebrating Valentine’s Day meant gifting her husband a giraffe’s heart.

According to The Independent, 32-year-old Merelize Van der Merwe’s husband planned for them to spend the holiday at South Africa’s Sun City game resort. She said he spent around $2,900 for the opportunity to hunt a 17-year-old giraffe.

“My wonderful husband knew this was my dream and fully supported me from a romantic 5-star weekend away to roughing it again in the heat and bush,” she posted to Facebook. “I was literally like a little child for 2 weeks and counted down the days.” 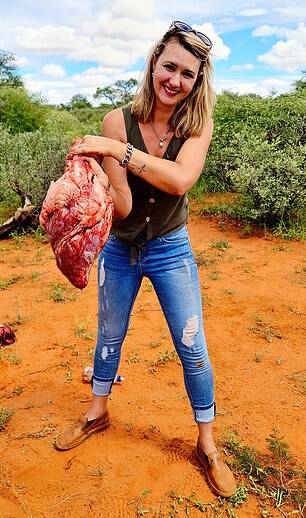 FacebookVan der Merwe effusively posted on Facebook about how huge the giraffe’s heart was.

As she explained on Facebook, Merelize Van der Merwe had been pining to kill a “big black giraffe bull” for years. Fortunately for her, the Sun City game resort northwest of Johannesburg allowed her to do so.

“I love the skin and the fact it’s such an iconic animal for Africa,” she added. Black giraffes aren’t a different species, giraffes simply darken as they age.

She posted pictures of herself beaming over the dead animal and then holding its heart. The caption read, “Ever wondered how big a giraffe’s heart is?” Van der Merwe wrote in a caption. “I’m absolutely over the moon with my BIG valentines present!!!”

She added that in addition to gifting its heart to her husband, she intends to turn the giraffe’s body into a rug. 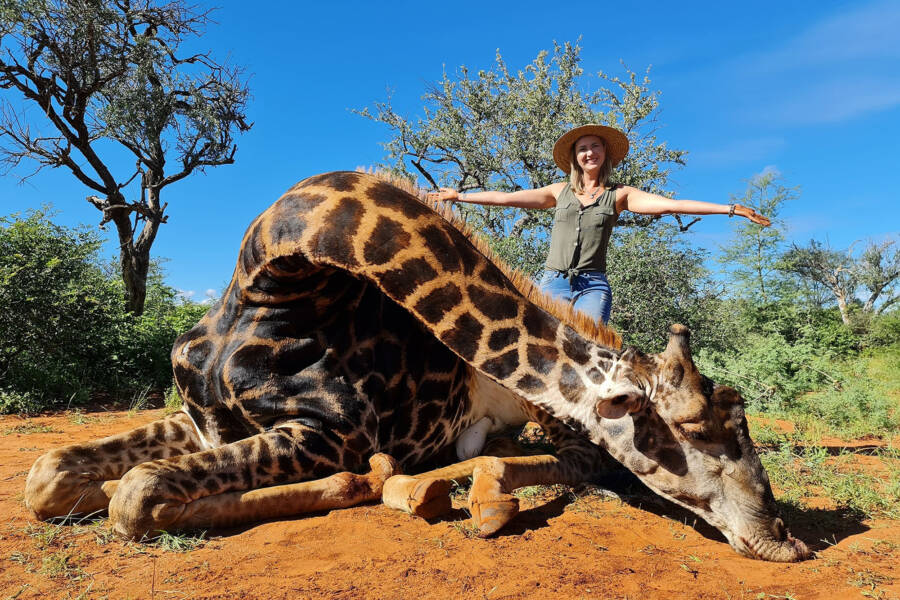 Van der Merwe, who operates a citrus farm in the Limpopo province, gushed on Facebook about exciting it was to kill the animal and how many animals — about 500 — she’s taken in the past.

Tragically, three species of giraffe have been listed by the International Union for Conservation of Nature as “vulnerable.” But this is no problem to Van der Merwe, who claimed her actions are actually beneficial to the animal’s population.

“If hunting is banned, animals will become worthless and will disappear,” she said. “Hunting has helped bring back a lot of species from the brink of extinction. The only people protecting these animals are trophy hunters.”

Van der Merwe claimed that killing an aging giraffe meant that “a new bull can take over and provide new strong genetics for the herd.” She added that hunting animals can “bring them back from near-extinction.”

According to Metro, Van der Merwe further rationalized her kill by claiming that it provided 11 people with work for the day and meat to locals. 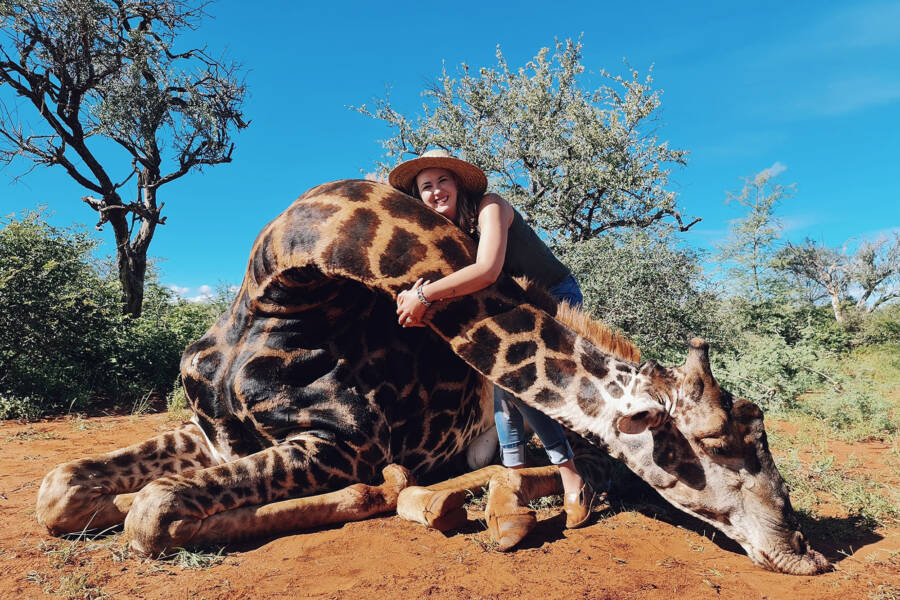 FacebookVan der Merwe has dubbed her critics “the mafia” and believes them either ignorant or deceitful.

But Van der Merwe is used to the vitriol she has since received online for her actions. She allegedly told The Mirror that animal rights groups are like the “mafia” and that she has no respect for them.

Mark Jones of the anti-trophy hunting Born Free Foundation, however, said that “trophy hunters’ claims they are concerned about wildlife conservation are highly misleading.”

“Trophy hunting is a cruel throwback to a colonial past,” he added, “and the targeting of particular animals (usually those with the most impressive traits such as the biggest tusks or the darker manes) disrupts animal societies and has knock-on effects for populations and ecosystems that we are only just beginning to understand.”

Meanwhile, Elisa Allen of the People for the Ethical Treatment of Animals (PETA) had more incisive comments on Van der Merwe and trophy hunters like her.

“Someone who kills another sentient being, cuts out their heart, and boasts about it fits the definition of a sociopath,” she said. “One day, trophy hunting will be listed as a sign of a psychiatric disorder, as it should be today. It is grandiosity, serial killing, and bloodlust paired with a burning desire to show off.”