The letter was found by a kayaker a few days after Tropical Storm Isaias swept through the southeastern coast of the U.S. 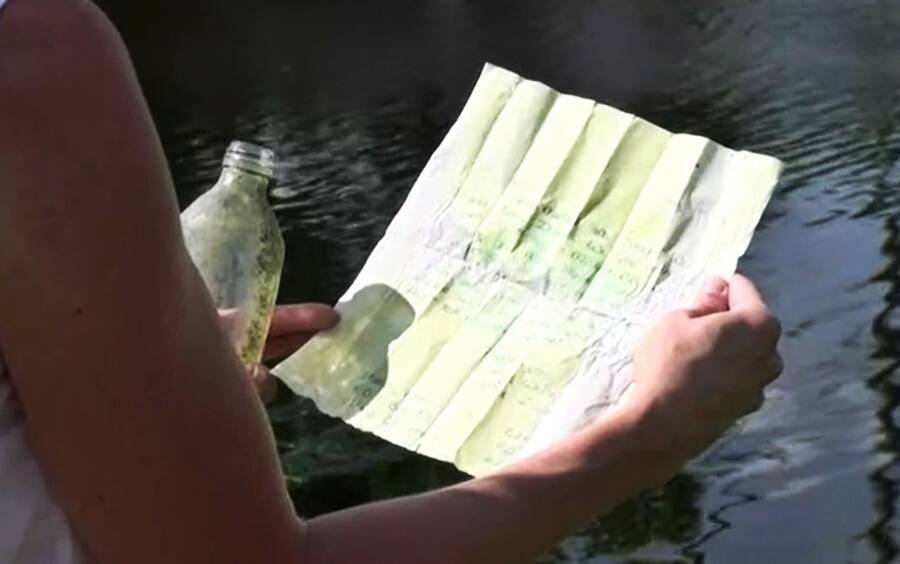 Screengrab from WBOC-TVThe letter was written by Milton resident Cathi Riddle while she was out on the beach with family 35 years ago.

After Tropical Storm Isaias swept through the southeastern coast of the United States, there were bound to be some unusual discoveries in its wake.

One of them was a message in a bottle. The letter had been lost to the waters for over 35 years. It was finally returned to its original author after it was located by an unsuspecting kayaker.

As local news outlet WBOC-TV reports, Brad Wachsmuth was kayaking along the Broadkill River of Delaware when he spotted what he first thought was just a regular piece of trash.

Upon closer inspection, the kayaker finally realized it was a bottle with a piece of paper in it. He then realized that it was actually a message in a bottle.

“My friend Jeff said, ‘I think there’s something in there,'” Wachsmuth recalled, “so when we got to shore I pulled the bottle out of the back of the kayak, opened it and found the letter.” 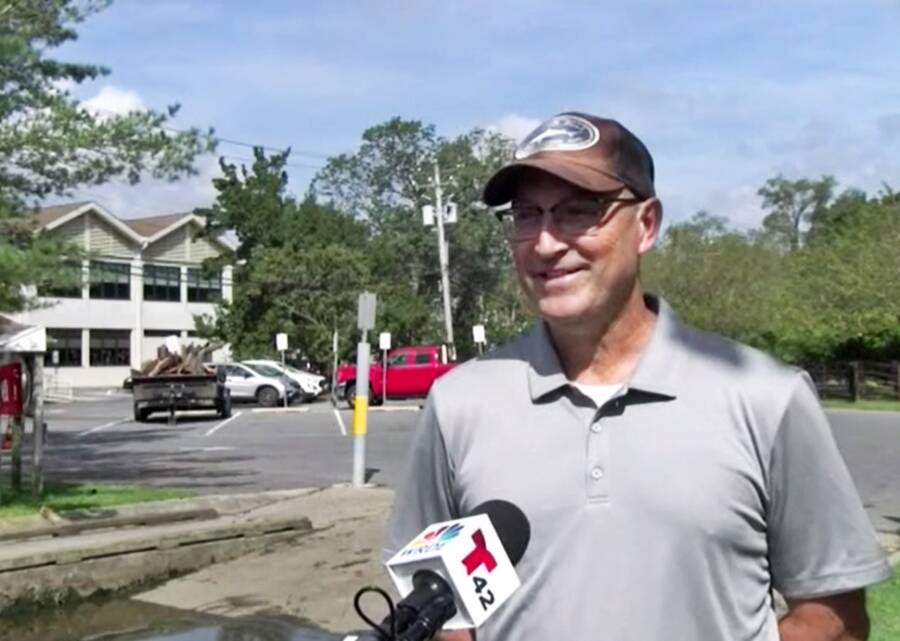 Parts of the letter that he found read as follows:

“We like animals a lot. Do you have any pets? We have a dog…Please write back when you receive this and tell us about yourself.”

Wachsmuth described the contents of the letter as “very innocent and nice.”

The kayaker found the message in a bottle about two miles offshore a few days after Tropical Storm Isaias had come through the region. Motivated perhaps by a sense of nostalgia and curiosity, Wachsmuth paid a visit to the Milton Historical Society.

There he got help from the local curator who reached out to the Riddle family, who it turns out, still lived in Milton, Delaware.

The letter was written in 1985 by Cathi Riddle and her cousin Stacey Wells who grew up in the area.

“My cousin and I were staying at the beach and we decided to write the letter and send it out and see how far it went,” Riddle said of her message in a bottle. Wachsmuth was connected with Riddle by the historical society so he could return the message in a bottle to her in late August 2020. 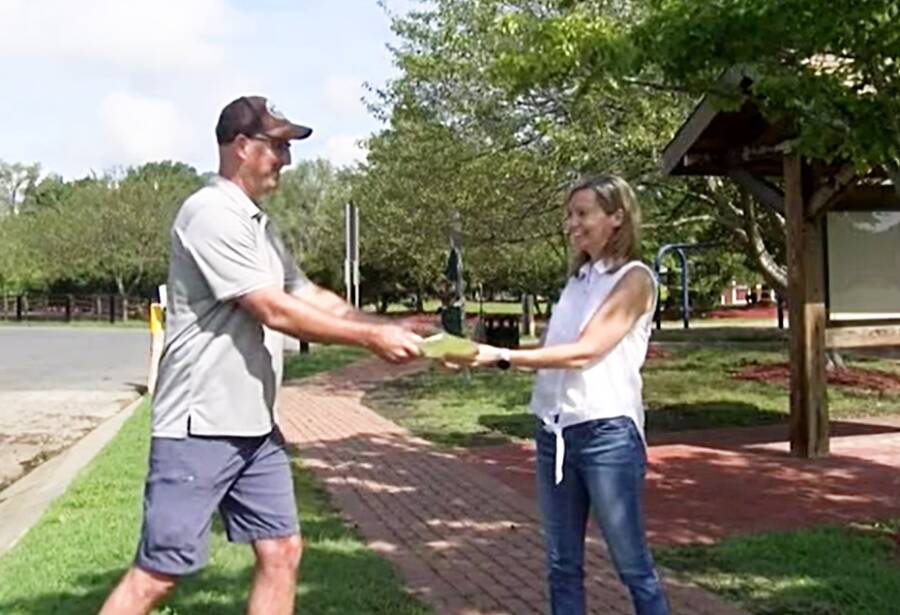 Screengrab from WBOC-TVKayaker Brad Wachsmuth was able to return the letter to its author Cathi Riddle with help from local historians.

The fact that Riddle had cast away the letter and it had returned to her 35 years later was a surprise for everyone involved.

“With the tides and the amount of storms that come here, tropical storms, nor’easters, hurricanes, over 35 years you would expect that it wouldn’t end up in the same waters,” Wachsmuth said in disbelief. But Riddle has a different theory of what may have happened to her letter during all those years.

“It didn’t travel very far,” she said, “but perhaps it traveled the world and came back.” It’s that unknown possibility that has motivated people like the Riddle cousins to launch messages in bottles over generations.

Although the message in a bottle tradition has perhaps faded among the tech-driven generations of recent years, messages from decades past continue to be uncovered.

In 2019, a man happened upon an old message in a bottle while looking for firewood in Alaska. The letter was written by a Captain Anatoly Botsanenko who had launched his letter into the Soviet sea in 1969.

“That’s something I could do with my kids in the future,” said Tyler Ivanoff, the man who discovered the captain’s long-lost bottled letter. “Just send a message in a bottle out there and see where it goes.”

Just goes to show that some traditions may fade away but the magic that they create still lives on.