Captain Anatoly Botsanenko launched his letter into the Soviet sea in 1969. Fifty years later, an Alaska man found it while looking for firewood. 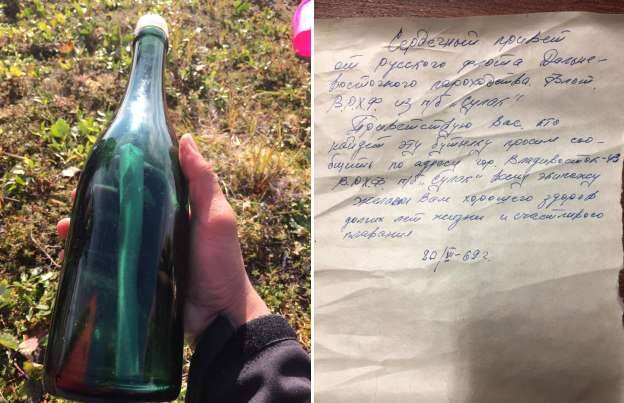 Tyler IvanoffIvanoff was merely looking for firewood when he stumbled upon Botsanenko’s 50-year-old message. Facebook commenters helped him translate the text.

When Tyler Ivanoff went searching for firewood about 20 miles west of his home in Shishmaref, a tiny town on a tiny island in northwestern Alaska, he didn’t expect to find much else — let alone a 50-year-old letter perfectly preserved in an old wine bottle.

According to the BBC, the note was authored by Anatoly Botsanenko, a former Soviet sea captain. He was a sailor aboard the Soviet ship Sulak on June 20, 1969, when he penned the letter.

And he did a fine job making sure his message survived the sea.

“I had to pull really hard,” said Ivanoff, referring to the tight, plastic cork stopper. “I used my teeth to really work it out. It was still dry on the inside and still smelled like wine or whatever, old alcohol. The note was dry.”

I found a message in a bottle today. Any friends that are Russian translators out there?

Ivanoff first published photos of both the bottle and the message itself on Facebook, asking any Russian speakers to chime in with a translation. Botsanenko’s letter was essentially a kind and gracious call to health and happiness — with a playful dare to reply and greet the Sulak crew:

“Sincere greetings! From the Russian Far East Fleet mother ship VRXF Sulak. I greet you who finds this bottle and request that you respond to the address Vladivostok -43 BRXF Sulak to the whole crew. We wish you good health and long years of life and happy sailing. 20 June 1969.”

State-owned television station Russia-1 managed to track down the now 86-year-old captain — and showed him his own message half a century after he wrote it. He couldn’t believe the discovery, and then began weeping of joy. 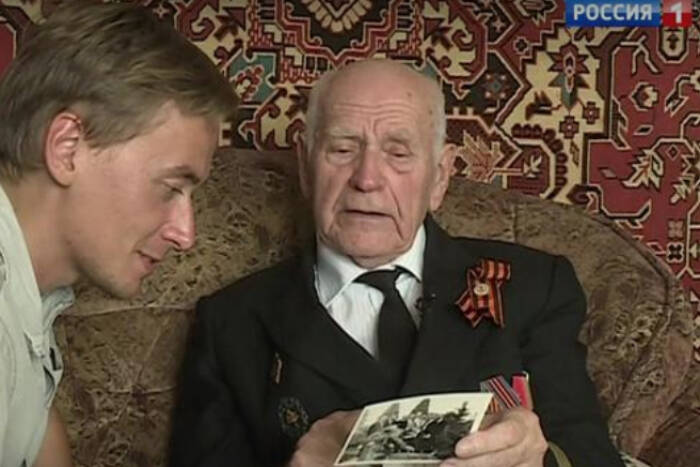 Russia-1Botsanenko wept when he found out his old Navy ship had been sold for scraps in the 1990s, and shared some of his most treasured souvenirs from his time at sea with a reporter.

According to ABC News Australia, Botsanenko supervised the construction of the Sulak in 1966 and sailed on it for the next four years. He was 36 years old when he chucked his message into the vast expanse of the ocean, and was quite emotional to suddenly be confronted with the past so unexpectedly.

The Russian television reporter explained to Botsanenko that the Sulak was unfortunately sold for scrap in the 1990s, which made the former captain cry. The old sailor then shared some of his most cherished items from the time with the reporter, namely an autograph of a famous Soviet spy’s wife.

His other dear souvenirs included a set of Japanese liquor bottles, which he has kept and cherished for decades to his wife’s chagrin.

For Ivanoff, the idea that a seemingly trivial find of a message in a bottle turned into a human and historical discovery has been tremendously cathartic. He wrote on Facebook that it was “pretty cool how a small photo grew into a story,” and said he might deploy a bottled message of his own someday.

“That’s something I could do with my kids in the future,” he said. “Just send a message in a bottle out there and see where it goes.”