Neither locals nor experts have yet been able to identify the bizarre 50-foot blob now rotting near Hulung Beach. 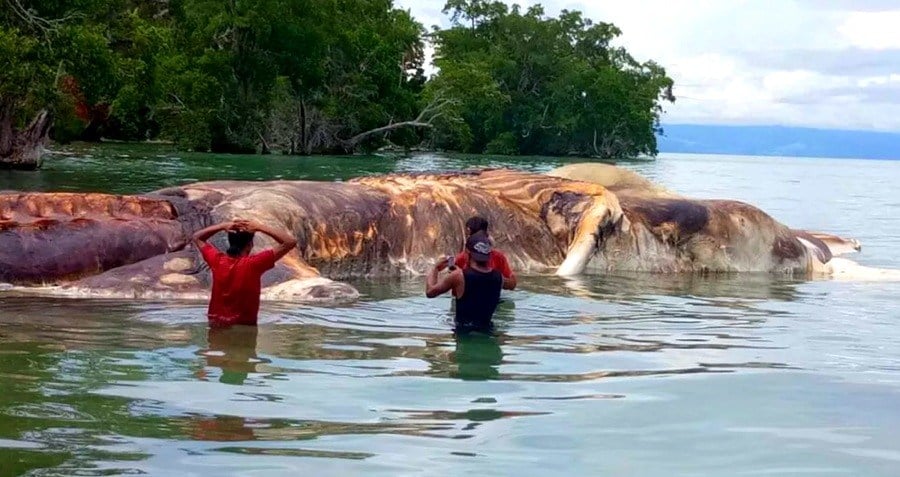 When Asrul Tuanakota stumbled upon the enormous blob near Indonesia’s Hulung Beach on Tuesday night, he thought it was a stranded boat. Soon, however, he realized that he’d, in fact, found some mysterious sea creature that had washed up dead on the shore.

The rotting blob, which has turned the surrounding water red as it decays, measures just shy of 50 feet in length and weighs in at 35 tons –approximately the weight of four elephants. 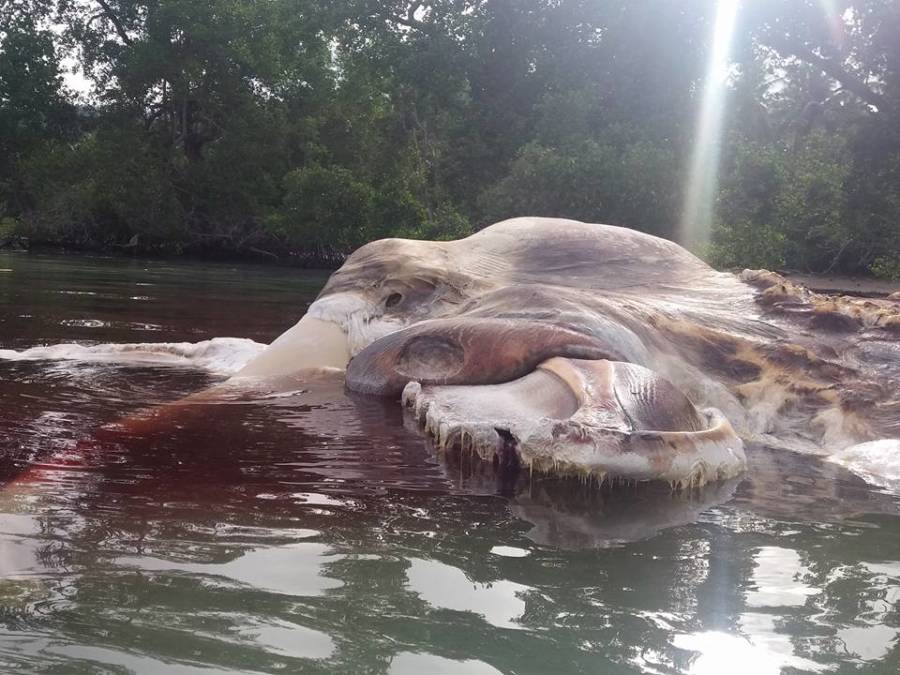 Some locals, in addition to the initial report in the Jakarta Globe, have identified the mystery creature as a giant squid. However, Marcus Chua of Singapore’s Lee Kong Chian Natural History Museum told Mashable that there are no records of giant squids in the waters of Indonesia.

Chua speculates that the creature may be a whale of the baleen group, possibly a humpback. He added, however, that “in the advanced stage of decomposition it is not possible to determine whether that is a humpback whale or not.”

Video from a local resident of the sea creature.

In an attempt to solve this mystery, marine experts were scheduled to take samples of the creature on Thursday. Meanwhile, local military command is keeping watch over the carcass.

Local residents, however, have asked authorities to simply dispose of the carcass as soon as possible so that it contaminates the water as little as possible. But given the creature’s immense size and ongoing decay, the damage may already be done.

Next, see the mysterious 13-foot sea creature that recently washed up in Mexico. Then, check out the most bizarre deep sea creatures that one Russian fisherman has ever discovered.