On November 22, 1997, INXS frontman Michael Hutchence was found naked and choked to death with his own snakeskin belt tied to the automatic lock on his hotel door — leaving many to wonder if his death was suicide or an accident.

As the singer and frontman for the wildly popular Australian rock band INXS, Michael Hutchence was loved by many. And so when he died on the day of a rehearsal for the band’s 20th-anniversary tour on November 22, 1997, shockwaves reverberated across the world.

Just months earlier, the singer and his bandmates had released a new record. But though he appeared to be in good spirits, Hutchence was reportedly also in distress. His girlfriend Paula Yates was in London and embroiled in a bitter custody suit for her three kids, which prevented Hutchence from seeing the daughter he had with her while on tour. 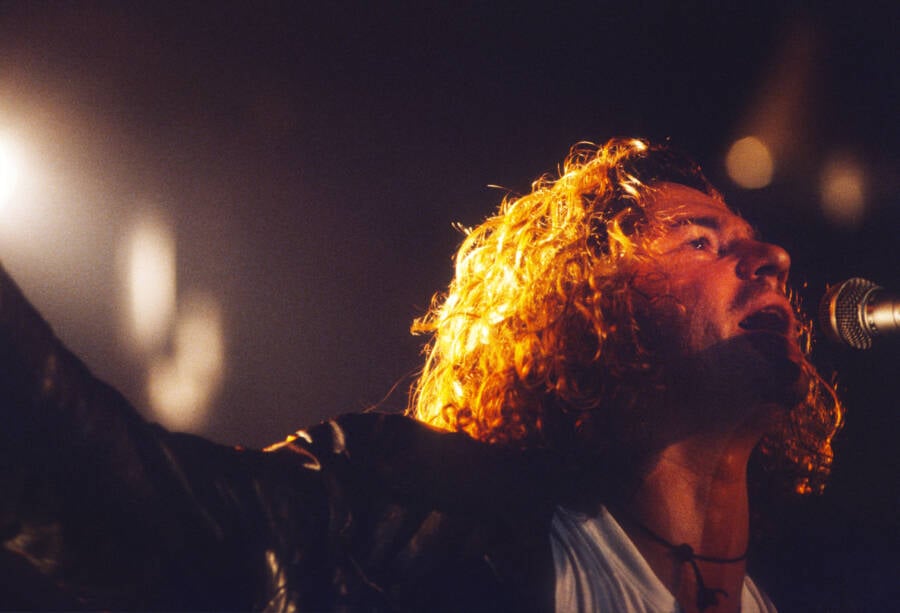 Gie Knaeps/Getty ImagesFive years before his death, Michael Hutchence suffered brain damage from a violent altercation with a cab driver in Denmark, leading his family to speculate that the trauma precipitated his demise.

After hours of drinking with his ex and her new boyfriend in his Ritz-Carlton hotel room that fateful night in November, Hutchence was heard screaming at someone over the phone. Then, in a voicemail to his manager Martha Troup at 9:38 the next morning he said: “Martha, Michael here, I fucking had enough.”

His tour manager John Martin, meanwhile, received a note from him that morning. It said he wouldn’t be at rehearsals that day. Hutchence then called his ex-girlfriend Michelle Bennett and told her he was “very upset” on a call at 9:54 a.m. She immediately rushed over. Though she arrived at 10:40 a.m., her knocks went unanswered.

It was 11:50 a.m. when a maid found his body. He was kneeling with a snakeskin belt tied to the automatic door closer — and around his neck.

Michael Hutchence And The Meteoric Rise Of INXS

Born on January 22, 1960, in Sydney, Australia, Michael Kelland John Hutchence was an introverted child. His mother Patricia Glassop was a make-up artist, and his father Kelland Hutchence was a businessman. Those two professions led to frequent relocation throughout Hutchence’s childhood — from Brisbane to Hong Kong and beyond.

In Sydney, Michael developed a passion for poetry and music. With Davidson High School classmates Andrew Farriss, Kent Kerny, and Neil Sanders, as well as Forest High School students Garry Beers and Geoff Kennelly, he formed a band called Doctor Dolphin — only to be uprooted again, but this time to Los Angeles in 1975.

Following roughly two years overseas, a now 17-year-old Hutchence and his mother returned to Sydney, where Hutchence was invited to join a new group called the Farriss Brothers, which featured Andrew Farriss on keyboards, Jon Farriss on drums, Tim Farriss on lead guitar, Garry Beers on bass guitar, and Kirk Pengilly on guitar and saxophone.

Hutchence was the lead vocalist. 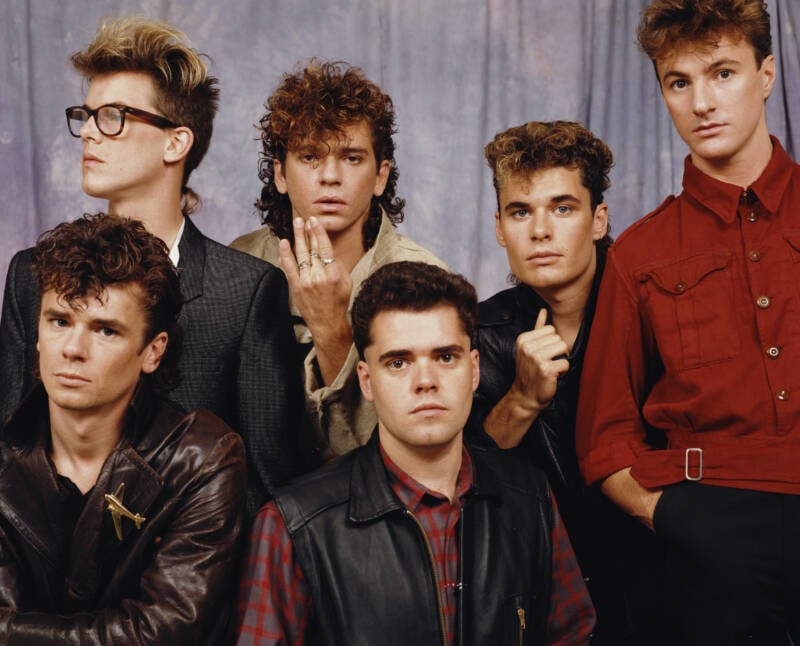 The band debuted at Whale Beach, roughly 25 miles north of Sydney, in August 1977. After playing gigs for a couple of years in Sydney and Perth in Western Australia, the band settled on changing their name to INXS, pronounced “in excess.”

It didn’t take long for the band to gain traction in the industry. By the early 1980s, INXS’ new manager, Chris Murphy, helped the band sign a five-album record deal with Deluxe Records, a Sydney independent label run by Michael Browning, who used to manage fellow Australian rockers AC/DC.

While INXS released their debut album in 1980, it was their fifth studio album Kick in 1987 that turned the band into global superstars.

It would sell millions of units, lead to sold-out shows at Wembley Stadium, and change their lives forever. Most prominently, the album featured the hit song “Need You Tonight,” which was the band’s only single to reach number one on the U.S Billboard Hot 100.

The band spent much of the following five years touring around the world and recording another hit album X, which featured the popular songs “Suicide Blonde” and “Disappear.” In 1992, however, Hutchence suffered an accident he never truly recovered from.

The Accident That May Have Affected Michael Hutchence’s Death 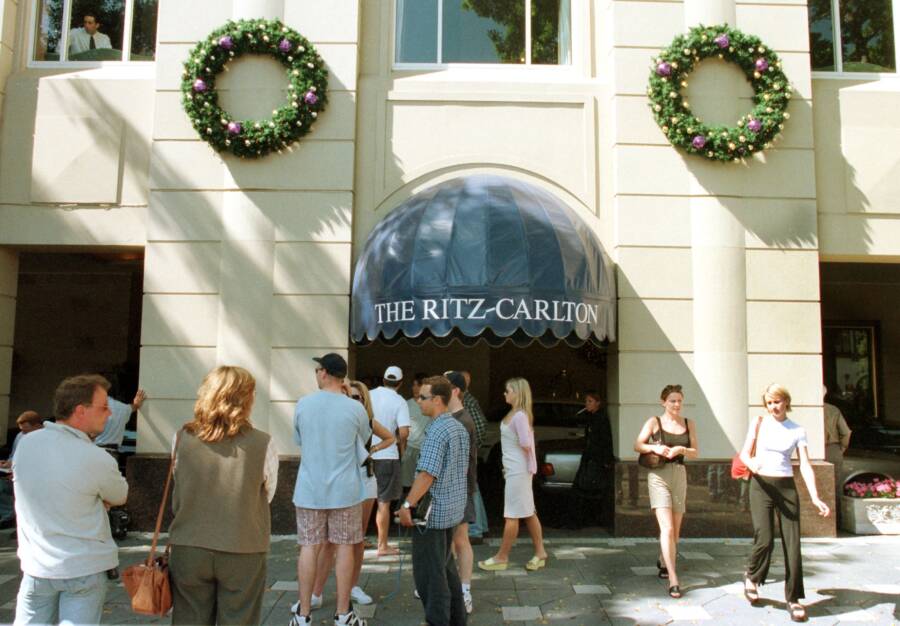 While visiting a girlfriend in Copenhagen, Denmark, Hutchence got into a fight with a taxi driver that left him with permanent brain damage. He lost all sense of taste and smell and his drug and alcohol use increased afterward. His family would later say this accident precipitated the depressed phase that would later lead to his death.

Under these conditions, Hutchence started dating British television presenter Paula Yates in 1996. She had just divorced her husband Bob Geldof, with whom she had three children. On July 22, 1996, she gave birth to Hutchence’s daughter Heavenly Hiraani Tiger Lily Hutchence.

During this period, Hutchence was spending the majority of his time with Yates and their daughter. The couple was also in the middle of a custody battle for Yates and Geldof’s three daughters.

In November of 1997, Hutchence returned to Sydney to practice with his bandmates for an INXS reunion tour. Staying at a Ritz-Carlton in Double Bay, a suburb of Sydney, Hutchence was expecting Yates and all four daughters to come stay with him.

However, on the morning of November 22, Hutchence received a call from Yates informing him that their visit wouldn’t happen. Through the court, Geldof was able to prevent his daughters from traveling and push the custody hearing back two months.

“He was frightened and couldn’t stand a minute more without his baby,” said Yates. “He was terribly upset and he said, ‘I don’t know how I’ll live without seeing Tiger.'”

That night, Hutchence dined with his father in Sydney before returning to his hotel room to spend the rest of the night drinking with his ex, actress Kym Wilson, and her boyfriend. They were among the last to see him alive.

They would leave around 5:00 a.m. when Hutchence angrily berated Geldof over the phone and wrote a note to his tour manager stating he wouldn’t attend rehearsals. He was found dead by a maid before noon.

How Did The Lead Singer Of INXS Die? 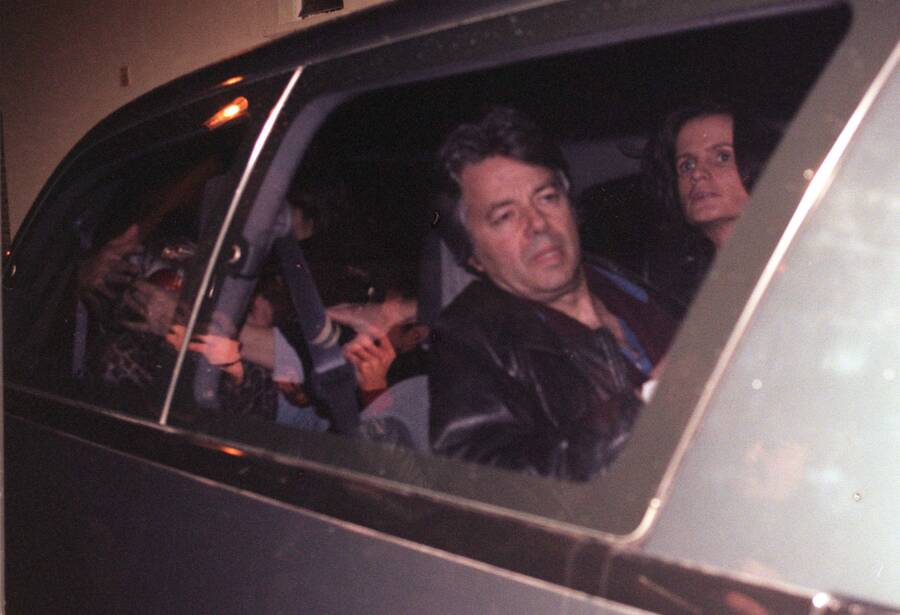 Michael Hutchence was found naked, kneeling, and facing his hotel room door with his belt secured to the automatic enclosure and tied around his neck. The buckle had broken off after he asphyxiated, and it appeared he’d died of an apparent suicide.

His mother released a statement claiming that her 37-year-old son had been depressed. But Yates, meanwhile, suggested that he died accidentally during an attempt at autoerotic asphyxiation — in which the sensation of orgasm is heightened by the restriction of oxygen. 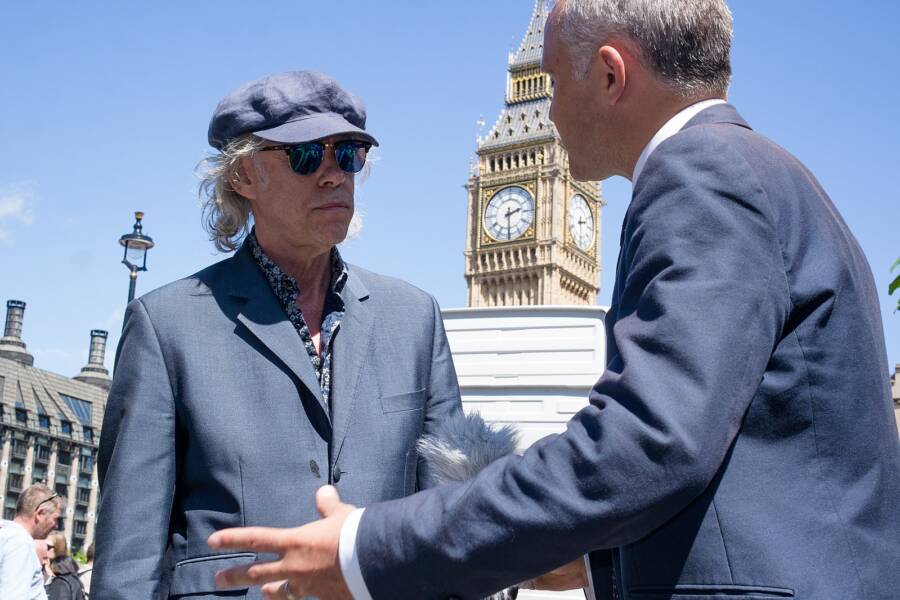 While Wilson added that there were no drugs in the room either, Hutchence’s autopsy confirmed numerous controlled substances in his system at the time of his death. New South Wales State Coroner Derrick Hand had found traces of alcohol, cocaine, codeine, Prozac, Valium, and various benzodiazepines in his blood and urine.

Hand’s report concluded that Michael Hutchence’s death was the result of asphyxiation and that no other person was involved. While he agreed that autoerotic asphyxiation may have led to the death, he stated firmly that there was simply not enough evidence to claim as much.

“Only three things could have happened that day,” he said. “Michael may have committed suicide. Michael may have passed due to lack of oxygen, due to sexual misadventure, or Michael was killed. In the last 19 years, looking, searching, talking to people, I have found all three things to be plausible.”

After learning about the tragic death of Michael Hutchence, the lead singer of INXS, read about the mysterious death of Jimi Hendrix. Then, learn the truth about “Mama” Cass Elliot’s death.