The Story Behind One Of Sports’ Most Famous Photos

The image of a weightless Michael Jordan at a 1988 dunk contest is a key fixture in the annals of history. Here's the story behind the legendary photo. 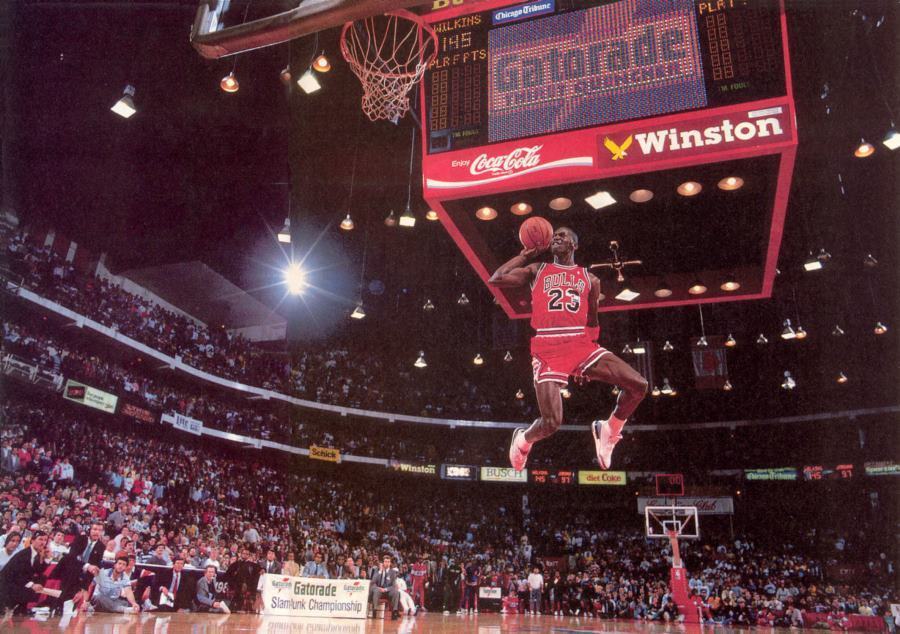 The image of a seemingly-weightless Michael Jordan approaching the net during 1988 Gatorade Slam Dunk Contest is easily one of the most influential sports photos of the 20th century.

“The problem with shooting the NBA slam-dunk contest was that you never knew how the players were going to dunk, especially Jordan. In 1987, he had twirled and dunked with his back to me. But by this time I knew him a little better. As he sat in the stands three hours before the contest, I said, “Michael, can you tell me which way you’re going to go, so I can move and get your face in the picture?” He looked at me as if I were crazy, but then said, “Sure. Before I go out to dunk I’ll put my index finger on my knee and point which way I’m going.” I said, “You’re going to remember that?” And he said, “Sure.”

So later, when they announced his name [for his turn to dunk], I looked over to him on the bench and there was his finger pointing left. I got up and moved to the right side of the basket so I could see his face. He went left every time he dunked. On his last two dunks, he ran the length of the court, took off from the foul line and slammed the ball through. On the next-to-last one he landed in my lap. On the last one I set up in the same spot. He looked at me as if to say, “Go left a little, give me some room this time.” And that was it, the picture was made: 1000th of a second frozen in time.”