Michelle McNamara died in 2016 before she finished her book on the Golden State Killer. But her husband, comedian Patton Oswalt, made sure his wife's work wasn't forgotten.

Though author Michelle McNamara died at just 46 in 2016, her death only elevated interest in her work. Her primary mission was finding the Golden State Killer who raped more than 50 women and murdered more than a dozen people across California. The crime sprees that terrorized the state in the 1970s and 1980s bewildered officials — but this true-crime author was able to make progress that the authorities never had.

McNamara theorized that the unsolved crimes attributed to the likes of the “Visalia Ransacker,” the “East Area Rapist,” and the “Original Night Stalker” were the work of one man, allowing both the public and exhausted officials alike to comb over and explore the case with fresh eyes.

Though McNamara died before she could finish her work, her husband, comedian Patton Oswalt, did so in her honor.

In her posthumous 2018 book I’ll Be Gone In the Dark (which has since been adapted by HBO), she even coined the killer’s name: the Golden State Killer. Moreover, her work helped allow investigators to take a new look at the case and eventually arrest a man named Joseph James DeAngelo in 2018.

Today, McNamara’s legacy is cemented as the citizen sleuth who outpaced police in tracking one of the most infamous, uncaught serial killers in American history.

Michelle Eileen McNamara was born on April 14, 1970, and grew up in Oak Park, Illinois. She was the youngest of five, and was raised Irish Catholic.

Though her father’s profession as a trial lawyer might have influenced the meticulous writer later on, his job wasn’t the thing that initially sparked her interest in true crime. 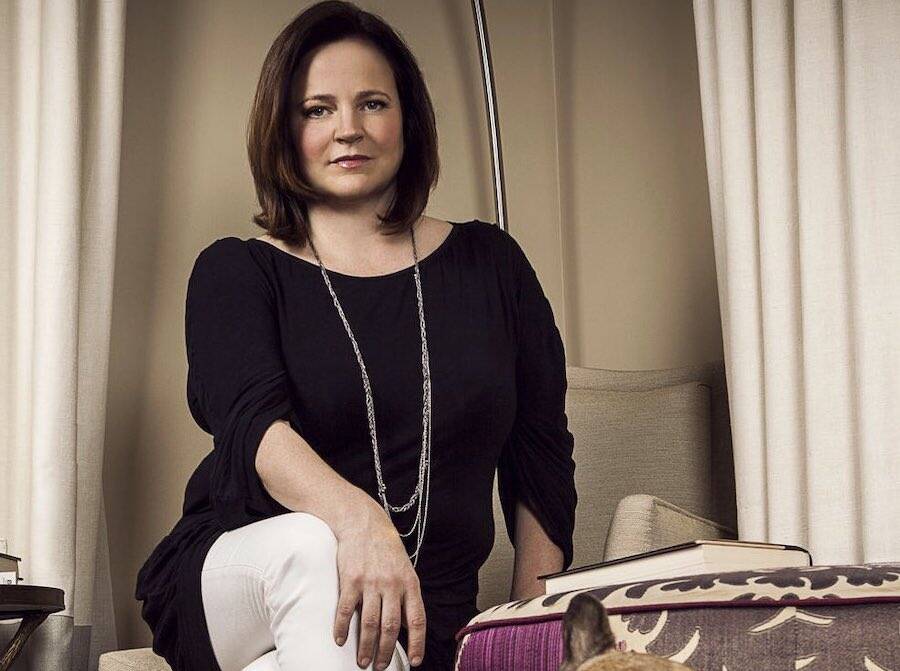 TwitterMichelle McNamara and Patton Oswalt initially bonded over their fascination with serial killers.

It was an incident in the neighborhood that truly set her off. Before graduating from Oak Park–River Forest High School — where she served as editor-in-chief for the student newspaper in her senior year — a woman named Kathleen Lombardo was killed near her family home.

Police failed to solve the murder, but McNamara had already begun trying to do so herself. Shortly after the crime scene returned to its normal state, McNamara picked up the shards of Lombardo’s broken Walkman. It was a clue, a piece of evidence — but one that led nowhere.

Jason LaVeris/FilmMagic/Getty ImagesMichelle McNamara and her husband Patton Oswalt in 2011.

It was at a 2003 show of Oswalt’s that the couple met. They bonded over their shared fascination of serial killers on the first few dates, and later married in 2005. Intuitively, Oswalt encouraged her to turn her passion into a writing project.

Nobody could’ve guessed how far the launch would take her.

It was McNamara’s online blog, True Crime Diary, that arguably set the course for the rest of her life. In 2011, she began regularly writing about a macabre string of rapes and murders from the 1970s and 1980s that remained unsolved. For years, she waded through documents — enraptured.

“I’m obsessed,” she wrote. “It’s not healthy. I look at his face, or should I say someone’s recollection of his face, frequently… I know the strangest details about him… He often first appeared to people hazily, as they were feeling their way out of a sound sleep, a silent hooded figure at the end of their bed.”

Indeed, the man she’d come to coin the Golden State Killer had a penchant for breaking and entering homes silently without his victims being the wiser. He’d stalk his targets for months, memorizing their routines, and he’d often break in beforehand to unlock doors and plant ligatures for later.

It took decades for investigators to realize that the Visalia Ransacker’s burglaries, the East Area Rapist’s assaults, and the Original Night Stalker’s murders could have all been done by the same person. McNamara’s book, spawned by the success of her blog, would later help clarify that.

It would also cause her an exorbitant amount of stress and fear that later developed into full-blown insomnia and anxiety that she tried to medicate with a string of prescriptions.

“There’s a scream permanently lodged in my throat now,” she wrote.

The pharmaceutical diet, unknown to her husband at the time, would later tragically take her life.

Before long, McNamara’s work was published in places like the Los Angeles Magazine. But that wasn’t enough for her — she also wanted to write a book. The research consumed her and led to anxiety so intense that she once swung a lamp at Oswalt when he startled her by tiptoeing into the bedroom at night.

“She had overloaded her mind with information with very dark implications,” Oswalt explained. 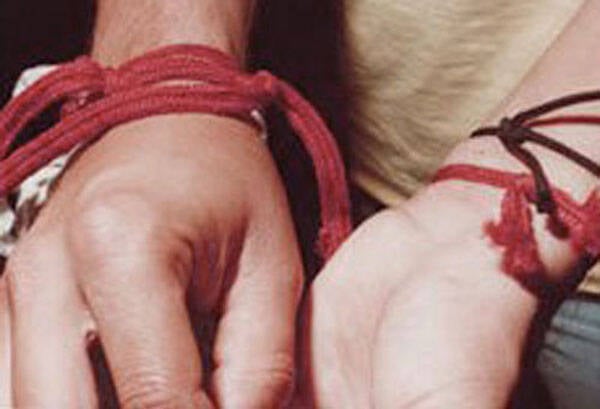 Public DomainThe Golden State Killer either brought his own ligatures or used cords from the victims’ homes.

All the while, he believed her efforts would uncover pieces of the decades-long puzzle, and inevitably help catch the elusive serial rapist and murderer. To his point, McNamara’s popular posts and articles garnered readership so high that the cold case drew renewed public interest.

It wasn’t clear until 2001 that the East Area Rapist from Northern California was also the Original Night Stalker who had murdered at least 10 people in Southern California. Nonetheless, authorities had exhausted their efforts and failed to properly share information — until McNamara helped organize it.

“Eventually police started listening to her and she was bringing them together,” said crime reporter Bill Jensen, who helped McNamara with her research and also helped Oswalt finish the book. “Because even though there was a lot of evidence, it wasn’t centrally located because he was doing it in so many different jurisdictions.”

“She had such a gift for disarming people and putting them together and saying, ‘Listen, I’m going to buy you guys dinner. You’re going to sit down and we’re going to talk and share information.”

Patton Oswalt found his 46-year-old wife dead on April 21, 2016. The autopsy not only revealed an undiagnosed heart condition, but also a fatal combination of Adderall, fentanyl, and Xanax.

“It’s so clear that the stress led her to make some bad choices in terms of the pharmaceuticals she was using,” said Oswalt. “She just took this stuff on, and she didn’t have the years of being a hardened detective to compartmentalize it.”

McNamara did, however, bring the unsolved case back into focus. She led investigators to join hands, and coined the killer’s nickname, which spread like wildfire on the internet. Michelle McNamara’s death itself also helped elevate the case into popular consciousness — despite her book still lacking an ending.

While the momentum of the work was publicized, the police investigation garnered steam. And two years after McNamara died, authorities finally made an arrest in 2018.

Now, Joseph James DeAngelo has pleaded guilty to 26 charges in a raping and killing spree. He was ultimately charged with 13 counts of murder, with additional special circumstances, as well as 13 counts of kidnapping for robbery. Ultimately, he received 11 consecutive life sentences (plus an additional life sentence with eight more years tacked on) in August 2020. 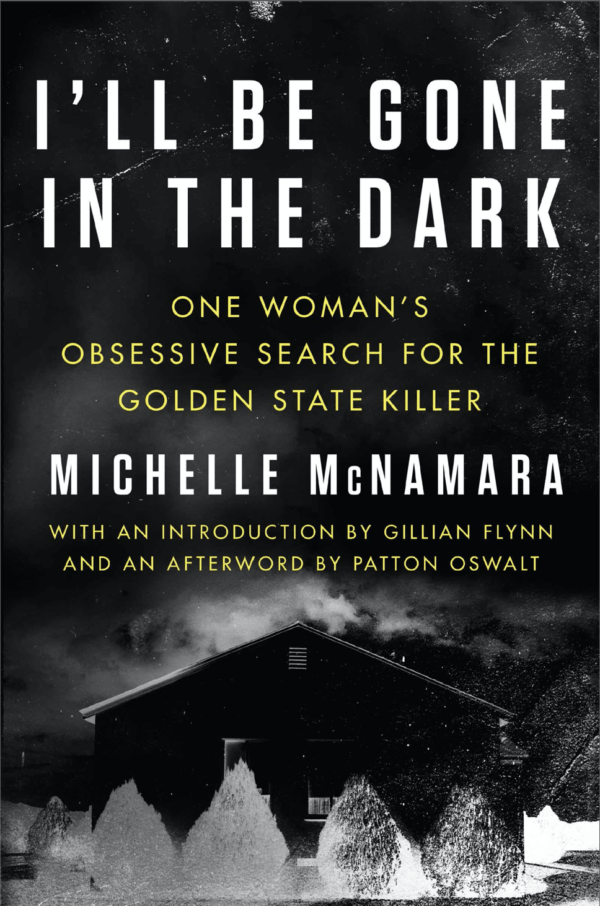 Harper CollinsI’ll Be Gone In the Dark was released just a couple months before Joseph James DeAngelo’s arrest.

Police claimed McNamara didn’t provide any information directly leading to DeAngelo’s arrest, but admitted at a press conference that the book “kept interest and tips coming in.” To her credit, McNamara accurately posited that it would be DNA evidence that would ultimately crack the case.

In the years following Michelle McNamara’s death and the promising arrest in 2018, the task was clear: Finish the story.

“This book had to be finished,” said Oswalt. “Knowing how horrible this guy was, there was this feeling of, you’re not going to silence another victim. Michelle died, but her testimony is going to get out there.”

Oswalt recruited her colleagues, Bill Jensen and Paul Haynes, to comb over more than 3,500 files of notes on her computer and finish the work. McNamara and her co-workers correctly guessed all along that the Golden State Killer might have been a cop.

Official trailer for HBO’s I’ll Be Gone In the Dark documentary series.

“There were insights and angles that she could keep bringing to this case,” Oswalt said. HBO’s I’ll Be Gone In the Dark aimed to capture those instincts.

Oswalt said he planned on visiting the man now behind bars to ask him questions his wife would’ve posed.

“It feels like the last task for Michelle, to bring him her questions at the end of her book — just to go, ‘My wife had some questions for you,'” he said.

Oswalt firmly believed the work of his late wife would help catch the Golden State Killer, and so did she. Her book contained a dire premonition for the man, who would someday find himself alarmed by the knock of authorities at his door: “This is how it ends for you.”