As cold-case investigator Paul Holes prepared to retire in March 2018, he secretly tracked down the Golden State Killer who'd been terrorizing California for 40 years. 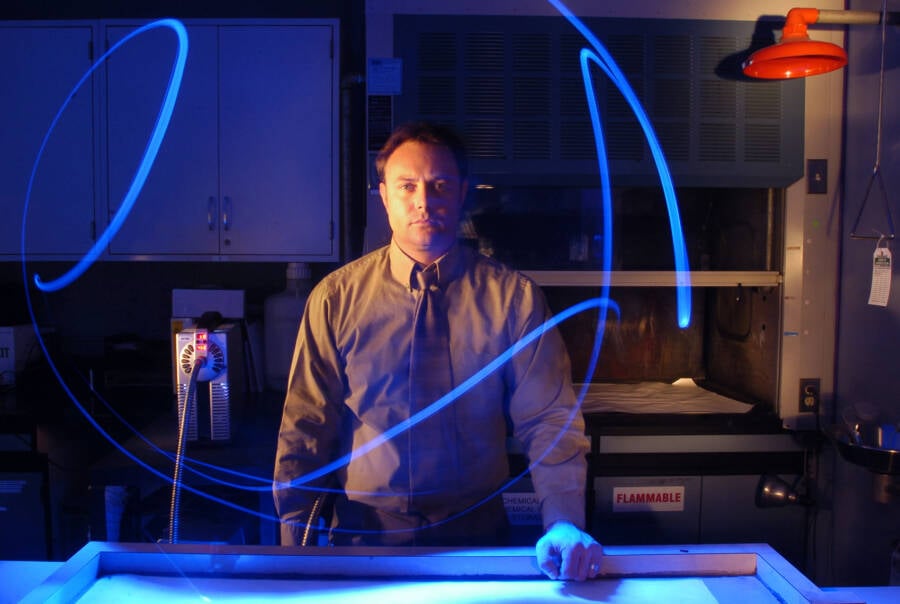 Paul Holes has become something of a celebrity for his contributions in cracking the Golden State Killer case, which famously remained unsolved for over 40 years until an arrest was made in 2018.

Now retired, the former cold-case investigator for Contra Costa County, California gives speeches and hosts a popular podcast about his work, including the hunt for the Golden State Killer, who raped and murdered perhaps dozens of people starting in the 1970s.

Holes was joined in this search by the late true-crime author Michelle McNamara. She reinvigorated his quest to find the Golden State Killer, while he helped her put the pieces together for her 2018 book I’ll Be Gone In the Dark, which has since been adapted into an HBO documentary series.

Paul Holes: From The Cradle To The Academy

Paul Holes was born on March 15, 1968. He was just a child when the Visalia Ransacker began his string of 100 burglaries in 1974, before raping at least 50 women as the East Area Rapist in the late 1970s, and then murdering more than a dozen people by the late 1980s as the Original Night Stalker. 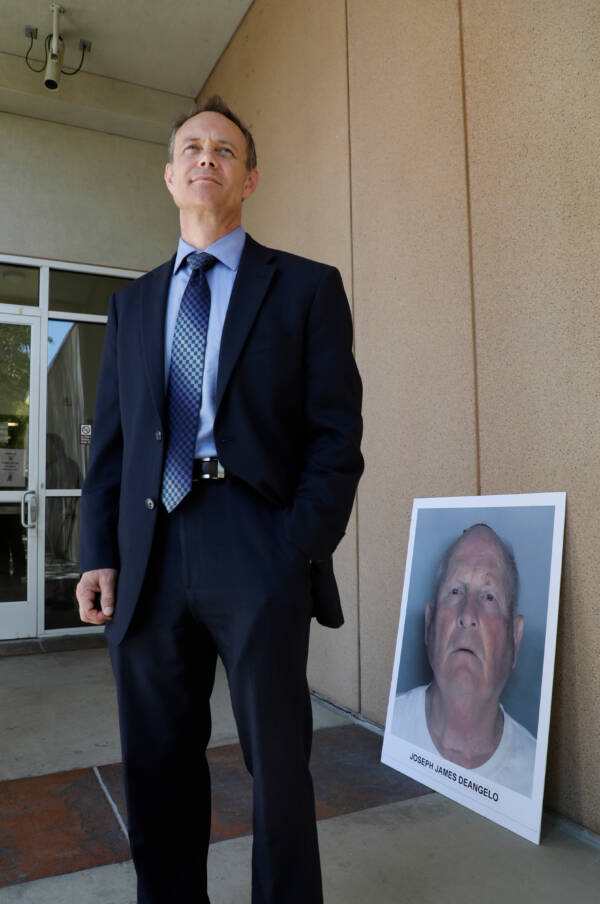 Holes was barely an adult by then, but he would end up being one of the key figures who tracked down the man now known as the Golden State Killer. After graduating from UC Davis in 1990 with a degree in biochemistry, he went through the police academy in order to earn his spot in the crime lab.

Though he was fascinated by the intricate clues comprising forensics, Holes rapidly began to appreciate the cat-and-mouse chase of police work.

“I very quickly got more interested in the investigative side to the point where the other guys in the lab were saying, ‘That’s not your job,'” he said.

In 1994, shortly after being hired as a deputy criminologist, he found a manila folder in an old filing cabinet labeled “EAR,” for East Area Rapist. Holes had no idea what type of journey he was about to embark on once he opened that envelope — but it would come to define his career.

The idea that the Visalia Ransacker, East Area Rapist, and Original Night Stalker were all the same person had escaped authorities throughout the collective crime spree spanning from 1974 to 1986. Not only were the crimes different in nature, but they also took place in different parts of California.

It wasn’t until 2001 when DNA evidence finally linked the cases and authorities figured out they were one and the same.

Jason LaVeris/FilmMagic/Getty ImagesMichelle McNamara and husband Patton Oswalt in 2011, around when she began researching the Golden State Killer.

But it was amateur sleuth Michelle McNamara who did a truly deep dive into the vast amount of incidents, evidence, reports, and witness testimonies involving the criminal in one public place — her True Crime Diary blog.

She eventually coined the Golden State Killer nickname, and established rapport with investigators like Holes in her ardent quest to track him down.

“She really surprised me with her knowledge of the case, and we spoke for months,” Holes said. “I told her some things off the record, and when her Los Angeles Magazine article [on the Golden State Killer] came out, I saw that she didn’t burn me. That really kicked off a sense of trust.”

“From that point, we almost investigated the case together. She really was a partner with me in this… and we shared suspects and information.”

Long before the two met, however, Holes embarked on the seemingly futile quest on his own. After familiarizing himself with the dusty old crime files, the young deputy became obsessed with the unsolved East Area Rapist case, and began to track suspects for over two decades.

“As I read the case files and saw the atrocities he was committing to these victims I started to think this guy has to be caught,” Holes recalled.

Though police had sketches based on survivors’ accounts, they varied, and ultimately just described a white male with light eyes and brown hair. Though they had collected DNA from the crime scenes, it didn’t match any initial suspects. It took until 2017 for the case to make a vital step forward.

With the advent of genealogy databases, Holes contacted genetic genealogist Barbara Rae-Venter to construct a profile of the suspect out of the collected Golden State Killer DNA evidence.

The results were thorough enough to eventually narrow the list of suspects down to Joseph James DeAngelo. It was Holes’ last day on the job when he staked out the 72-year-old’s home in Citrus Heights, California. Holes considered walking up to his door to request a DNA sample, but changed his mind.

“In reflection, it’s a good thing that I did not go knock on his door that day,” said Holes. “I considered it. Just to get a DNA sample and eliminate this guy. But who knows what would have happened if he recognized me and decided to do something.”

Instead, police gathered DNA evidence from DeAngelo’s car door handle and discarded tissues — and matched it to evidence left behind at crime scenes from the Golden State Killer. When Holes was asked if he was certain DeAngelo was the man he was looking for, he was unwavering in his response:

The True-Crime Celebrity Of Paul Holes

It was April 25, 2018 when Paul Holes became a true-crime icon. Though he didn’t utter a word when he appeared at a press conference announcing DeAngelo’s arrest, fans noted his handsome looks and took to the internet to share their admiration for the crime-fighting hunk.

He took Holes to a Nashville true-crime convention where “about 3,000 women… who all think he’s very easy to look at” cheered for him.

Since then, Holes has joined the United Talent Agency, which manages his speaking engagements across the country. He and Clemente have co-written Evil Has a Name: The Untold Story of the Golden State Killer Investigation, and Holes has also launched his own podcast — The Murder Squad — with investigative journalist Billy Jensen.

Official trailer for the HBO documentary I’ll Be Gone In the Dark.

Most recently, his dogged pursuit in catching the killer has been chronicled in HBO’s I’ll Be Gone In the Dark documentary adaptation of Michelle McNamara’s book.

“The time and energy and the dedication he put into catching the Golden State Killer, that is something that women everywhere have to appreciate,” explained Birdsong.

As for the object of Holes’ obsessive investigative work, Joseph James DeAngelo pleaded guilty to 26 charges in a raping and killing spree. He was ultimately charged with 13 counts of murder, with additional special circumstances, as well as 13 counts of kidnapping for robbery.

He received a combined total of 12 life sentences in August 2020, putting him behind bars for good and tying off what is surely the biggest case inn Paul Holes’ illustrious career.