The Limestone County Sheriff's Office said they were warned about a meth-fueled attack squirrel before searching Mickey Paulk's home, though the fugitive has no idea where authorities heard such a thing. 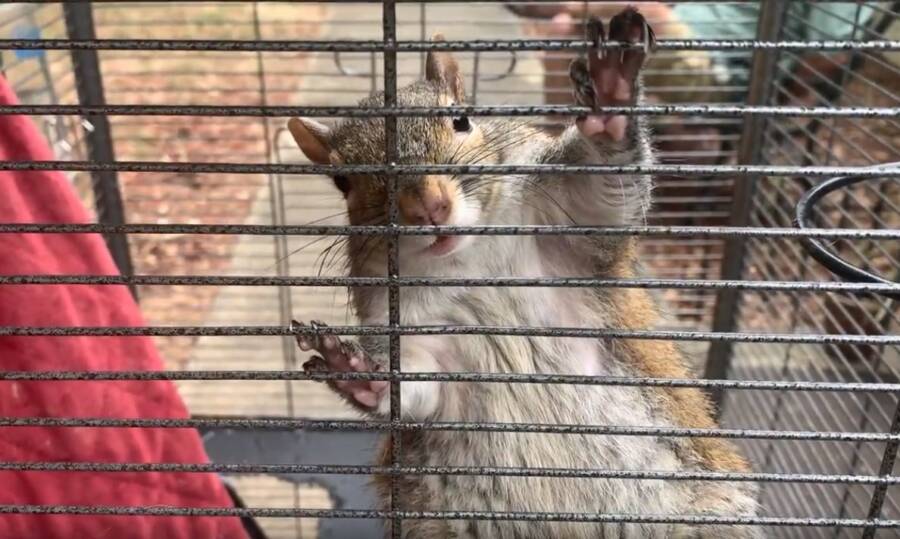 When Alabama police served a search warrant to 35-year-old Mickey Paulk for gun and drug charges in his former residence, they found an aggressive squirrel in his place. According to The Herald-Whig, Police said they were warned in advance of the meth-fueled mammal Paulk had kept as an “attack squirrel,” and claimed that Paulk must have even purposely fed the squirrel methamphetamine to keep it aggressive.

According to HuffPost, Paulk was insulted by these allegations of animal abuse and posted a Facebook video to deny them.

Paulk asserted that his squirrel, affectionately named “Deeznutz,” was never fed a substance like meth. These were lies from an angry police department disappointed that their suspect wasn’t home, Paulk added.

“They said it was a trained attack squirrel in a residence that was on meth,” said Paulk in a video he released. “You can’t give squirrels meth; it would kill them. I’m pretty sure, but I’ve never tried it.” Good save there, Paulk. 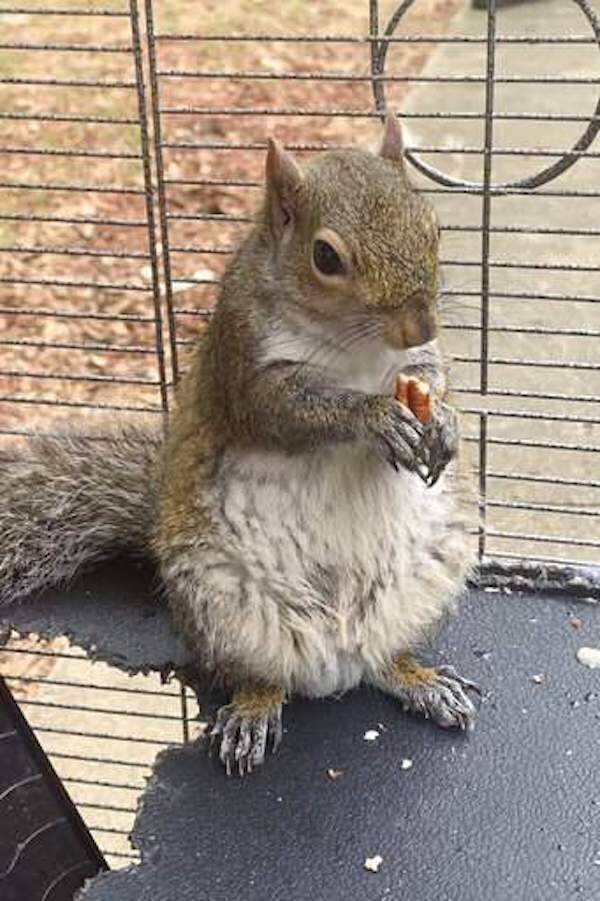 Limestone County Sheriff’s OfficeThe animal is now about 10 months old and in need of a new temporary home.

The only way the notion that his pet squirrel was on drugs could’ve arisen, continued Paulk, was if somebody saw the energetic pet and jokingly said: “maybe he’s on meth or something.” Indeed, Paulk was adamant in his video that Deeznutz was “not a trained attack squirrel, and he’s not on meth, I’m pretty sure. I better not find out he’s on meth, anyway. I don’t think he likes that shit…The squirrel is safe.”

Stranger still, regardless of the charges, Paulk appeared to be most distressed by the notion that he would drug his beloved attack squirrel. Though police had seized Deeznuts from Paulk’s former residence, the video he posted shows him stroking the rodent, which he claimed was the same one taken by police during the raid.

One man was arrested during the search of Paulk’s home after which police claimed that they released the rodent back into the wild. Nonetheless, Paulk appeared to be petting that very same squirrel in his Facebook video.

“The public isn’t in danger in any kind of way from the methed-out squirrel in the neighborhood,” said Paulk.

The 35-year-old told the Associated Press that a friend gifted him the animal soon after it was born. Paulk said he no longer lived at the home police searched, but drove back there after the raid to look for Deeznutz — who he soon found in a tree.

“I just pulled up and whistled,” Paulk said. The squirrel then allegedly ran down and jumped onto his shoulder.

Whether or not its the same rodent is unclear, and authorities are both frustrated with and shocked by Paulk for so publicly taunting them. Limestone County Sheriff’s Office spokesman Stephen Young said police were still looking for Paulk.

“Yes, we’re aware of the video,” said Young. “And yes, that’s him in the video. We don’t know if he might even have two squirrels. It would just be speculation.”

As it stands, Paulk told the Associated Press that he planned on turning himself into the police — but was working with an attorney and coordinating with relatives before doing so. He said he had “a few loose ends to tie up,” which included getting Deeznutz squared away at a new home in Tennessee.

“I’ve had it since it was a little pink thing,” said Paulk, adding that he’s now about 10 months old.

Hopefully, Deeznutz will find a new home before Paulk hands himself over to the police.

After learning about the methed-out squirrel named Deeznutz, watch a tiger shark feeding frenzy obliterate a whale. Then, learn about the train with 10 million pounds of human feces that was stuck in Alabama for almost two months.