Human feces from New York and New Jersey have been stranded in a tiny town in Alabama. 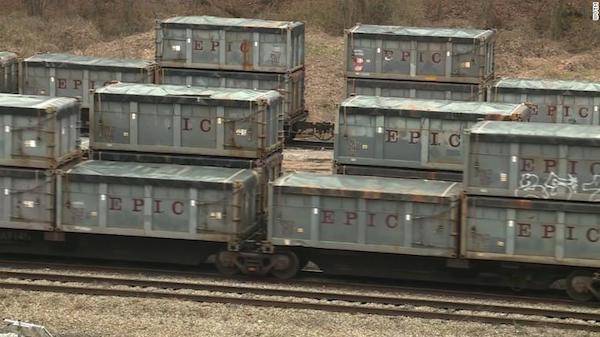 Parrish, Ala. measures two square miles. And in this Alabaman town, dozens of train cars carrying 10 million pounds of human feces have been stranded for nearly two months.

In a town that small, everything is within smelling distance. Basically, everything reeks.

“You can’t sit out on your porch,” said Parrish’s mayor Heather Hall. “Kids can’t go outside and play. And God help us if it gets hot.” She added, “It greatly reduces the quality of life.”

What makes the situation even worse is that the poop, which is technically biowaste, isn’t even from Alabama. It’s from New York and New Jersey. So what is it doing in Parrish?

Waste management facilities in New York and New Jersey have been shipping tons of biowaste to a private landfill in Adamsville, Ala. managed by Big Sky Environmental. However, in January 2018 the town next to Adamsville, West Jefferson, filed a lawsuit against Big Sky. Before being transported to the landfill, the waste was being hauled to a rail yard near West Jefferson and the residents complained that it caused an obnoxious odor and caused an increase in flies.

The town’s injunction was successful. However, the trainloads holding the 10 million pounds were already in transit at the time. Thus, they were moved to Parrish where there are no zoning laws to prevent the feces from being stored.

“It’s so frustrating,” Hall said. “I’m just getting little bits and pieces of information.” Alabama Gov. Kay Ivey and other Montgomery lawmakers are currently working with Hall to help get the stinky situation straightened out.

When Hall first spoke with reps from Big Sky they told her that it would take 10 days at most for the trains to move out. Now, she hasn’t been in contact with Big Sky for several weeks.

“My understanding is they are really trying to work on the problem, and they keep telling us the situation is almost over,” she said.

Meanwhile, the EPA and well as the Alabama Department of Environmental Management have informed Hall that the material isn’t harmful. They say it’s grade A biowaste and not raw sewage, so it isn’t a public health issue.

“I have to trust them that it’s not going to hurt you,” said Hall.

If you found that interesting, next read about how an 143-ton ball of poop and condoms is clogging London’s sewers. Then read about the the Great Pacific Garbage Patch.