The climbers on Everest face danger every day, but Rob Hall had lived to tell the tale several times before his fatal climb. 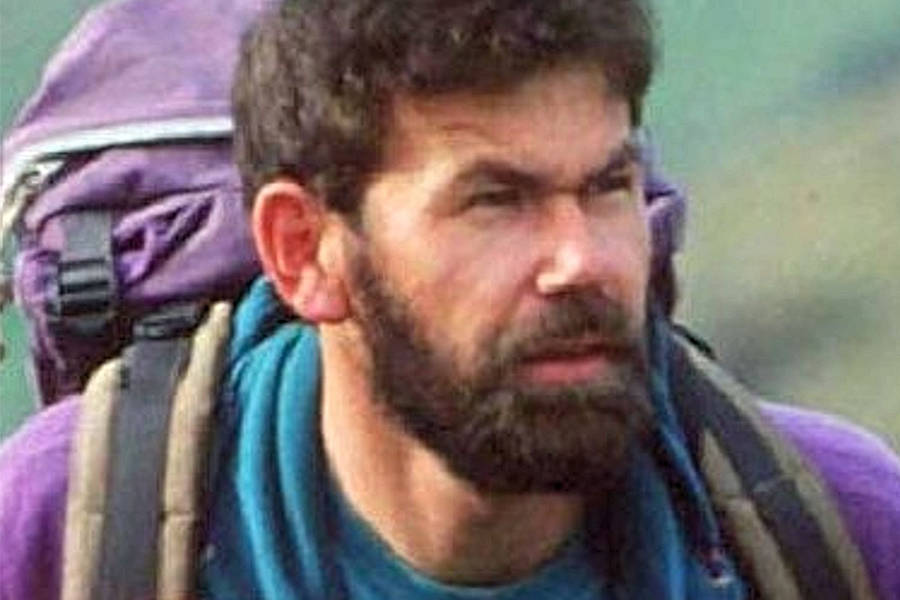 YouTubeRob Hall on a climb.

Since he was old enough to walk, Rob Hall had been a climber.

Born and raised in New Zealand, Hall naturally got into climbing. The Southern Alps span the entire country, and it’s where Hall spent most of his time as a young man. Throughout his adolescence, he climbed almost the entire range, gaining a love of mountaineering and a set of valuable skills that would aid him in his career as a professional mountain climber.

In 1988, Rob Hall met Gary Ball, and the two became fast friends. They bonded over their shared love of mountaineering, the outdoors, and a taste for adventure.

Rob Hall And Gary Ball Take On The Seven Summits

A few months after the two met, Hall and Ball decided that they wanted to climb something more exciting than their familiar Southern Alps. So, the pair set out to do what had only been done a handful of times before: climb the Seven Summits.

The “Seven Summits” was a mountaineering challenge first completed in 1985. The Seven Summits refer to the tallest mountains on each continent with the challenge being to climb each of them successfully.

Due to the various definitions of “continent” (for example where Europe and Asia collide, and whether Oceania should be just Australia or include its surrounding islands) and the definitions of “mountain” (whether height is determined solely by area above sea level, or includes that that extends below sea level) there are several versions of the challenge.

The most popular version, known as the “Bass version” cites the tallest mountain on each standard, above sea level continent: Everest, in Asia; Aconcagua, in South America; Denali, in North America; Kilimanjaro, in Africa; Elbrus, in Europe; Kosciuszko, in Australia; and Vinson in Antarctica. 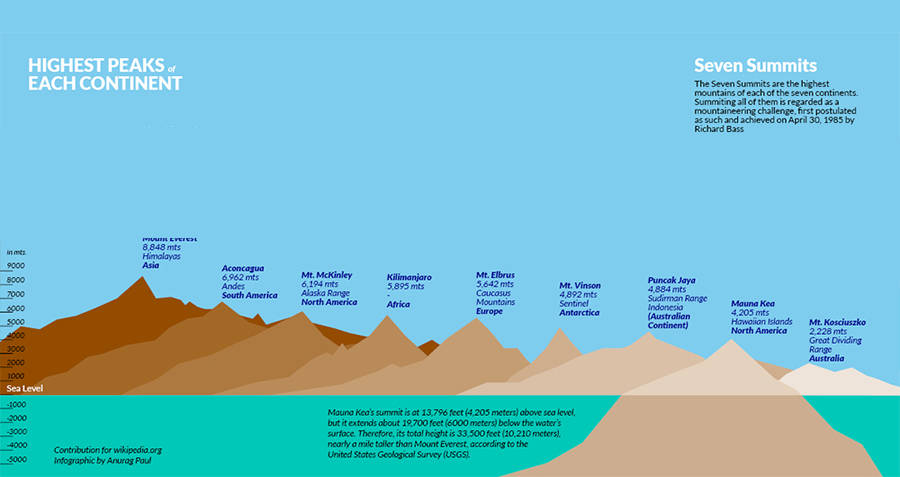 While Bass’ Seven Summits had been summited before, Rob Hall wanted to take it to the next level. Instead of just completing the challenge, they would do it in record time — seven months, one for each peak. They’d start with Everest, arguably the hardest on the list.

Upon hearing that the two mountaineers were going to attempt the then-impossible, donations from corporate sponsors began flooding in, making the trip a reality. Finally in 1990, the two set out. They summited Everest in May and made their way down the list from there, ending in December with Vinson Massif, completing the trek just hours before their deadline.

Riding high on the success of their marvelous adventure, the pair returned to New Zealand. Unfortunately, pressure from their corporate sponsors pushed them to give up professional climbing.

Their ambitions had gotten the best of them. While they had indeed made the impossible possible, their sponsors wanted more daring and dangerous adventures. Anything more dangerous than what they had done, however, could prove to be fatal.

So, rather than risk their lives, Rob Hall and Gary Ball decided to go into business for themselves. In 1992, the duo opened Adventure Consultants, a premier expedition guiding company that allowed them to climb at their leisure and share their love of mountaineering with others. Over the course of their partnership, the two climbed 16 mountains together, both on tours and on solo adventures.

Their first guided tour was up Everest in 1992, which was to be followed by another one the next year. Unfortunately, while climbing in the Himalaya’s with Hall, Ball came down with a cerebral edema and died, forcing Hall to bury his friend in a crevasse on the mountainside.

Though the event was traumatic, Hall refused to give up the company he and Ball had started. For the next three years, he guided mountaineering expeditions alone, occasionally enlisting other guides if the groups were too large. Though the cost of summiting Everest was roughly $65,000, requests still poured in from around the world.

Hall’s reputation as an experienced, knowledgeable guide preceded him and kept him busy year round. It was on one of his climbs that he met his wife, who was also an avid mountaineer and who often accompanied him on trips. 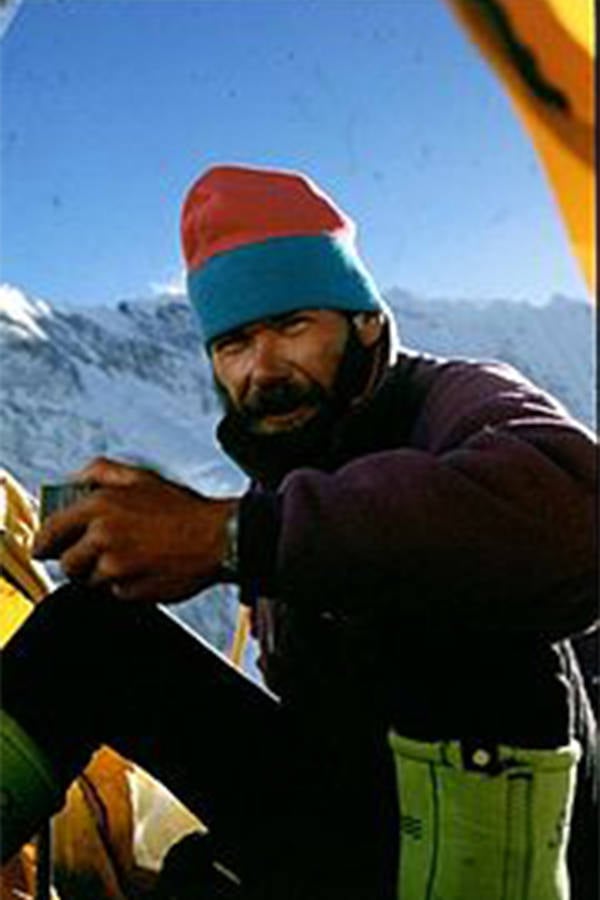 A Fateful Ascent Up Mount Everest

In 1996, Rob Hall set out once again on a routine tour guide expedition. This time, however, the disaster he had been flirting with all those years would finally win.

On May 10, Hall took a tour consisting of eight clients and three guides. Among the clients were Jon Krakauer, a journalist, hoping to cover the trek for a magazine, and Beck Weathers, an American who hoped to climb the Seven Summits just like Hall.

The group began their climb easily enough, but several hours in, things changed. As night fell, Weathers had lost his visibility, the result of a corneal surgery he’d had. Hall, knowing how dangerous the climb was even with perfect visibility, ordered Weathers to remain on the side of the trail until he returned. The climb should have been easy enough that the team would be back in a few hours.

Leaving one man behind, the team continued up the mountain where disaster continued to plague them. Hall soon discovered that the path he had led his climbers up had no fixed line, meaning he was going to have to place one himself. The delay that installing the lines took cost the team valuable time and they still hadn’t reached the summit by 2 p.m., the last time that the team could turn around and still reach camp by nightfall.

Still, the team pushed on with their faith in Hall’s abilities driving them forward. By 3 p.m., they had reached the summit and had begun to descend. On the way down, Hall encountered another climber, Doug Hansen, who had run out of oxygen. 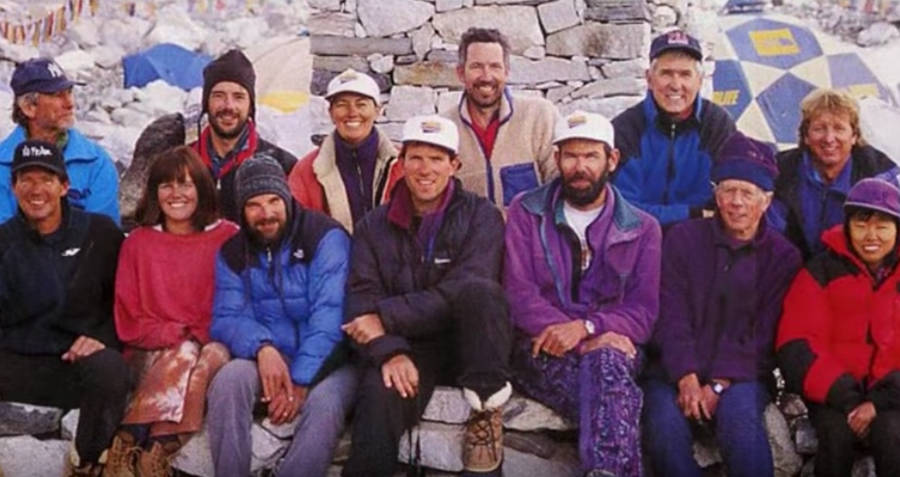 While the Sherpas helped the rest of the climbers down, Hall stayed behind to wait for help with Hansen. Within two hours, however, it was clear that help was not coming. A blizzard struck around 5 p.m., with near 150 mile-per-hour winds and near-zero visibility. Despite the storm, however, one of Hall’s fellow guides had turned around and was ascending with extra oxygen and water.

Twelve hours later, at almost 5 a.m., base camp received the first word from Hall. The fellow guide had reached him but was now missing, and Hansen was dead. Hall had oxygen, he said, but his mask’s regulator was frozen, unable to circulate air. By 9 a.m., he had fixed it but knew that he wouldn’t be able to get down the mountain as his hands and feet were frostbitten.

He called his wife, via base camp on a satellite phone and was able to get a message to her.

“Sleep well my sweetheart,” he told her. “Please don’t worry too much.”

A few hours later, he was gone. His body remains on the mountain to this day.

Though Hall hadn’t made it, some of his team survived. In particular, Jon Krakauer, who had hoped to document the trek for Outside magazine instead published Hall’s story, first in the magazine and then in a book titled Into Thin Air. It was thanks to Krakauer that the story of Hall’s expedition survived.

Enjoy this look at Rob Hall? Next, read about the bodies of dead climbers, frozen forever on Mount Everest. Then, read about the discovery of George Mallory, the most famous of them.