Inside The Incredible Mount Everest Survival Story Of Beck Weathers

Beck Weathers was left for dead and fellow climbers had already called his wife to tell her he was gone — then he somehow made it down the mountain and walked back into camp.

On May 11, 1996, Beck Weathers died on Mount Everest. At least, that’s what everyone was sure had happened. The truth was even more incredible.

Over a harrowing period of eighteen hours, Everest would do its best to devour Beck Weathers and his fellow climbers. As raging storms picked off much of his team, including its leader, one by one, Weathers began to grow increasingly delirious due to exhaustion, exposure, and altitude sickness. At one point, he threw up his hands and screamed “I’ve got it all figured out” before falling into a snowbank, and, his team thought, to his death. 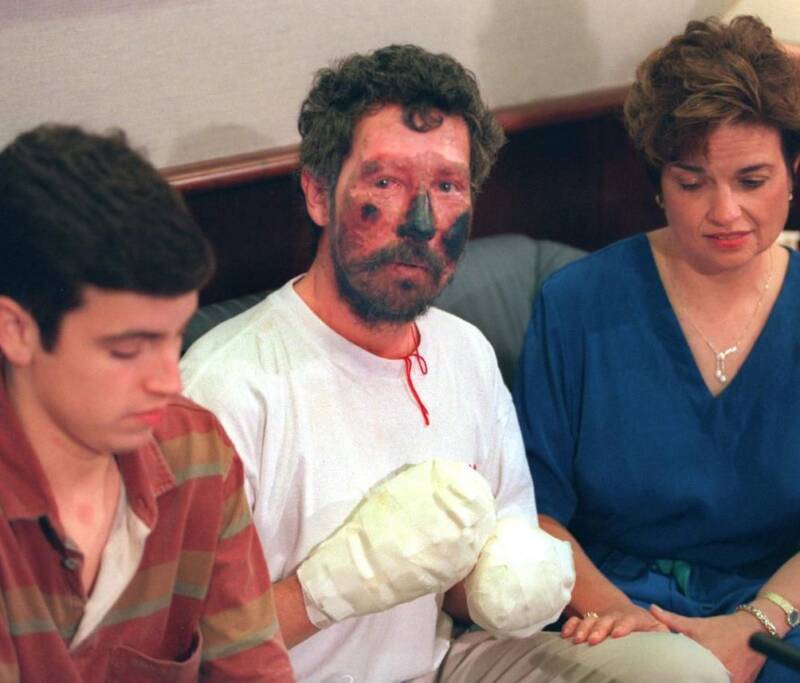 YouTubeBeck Weathers returned from the 1996 Mount Everest disaster with severe frostbite covering much of his face.

As rescue missions struggled up the face of Everest to save the others, Weathers lay in the snow, sinking deeper into a hypothermic coma. Not one, but two rescuers took a look at Weathers and decided that he was too far gone to be saved, another one of Everest’s many casualties.

But after being left for dead — twice — something incredible happened: Beck Weathers woke up. Black frostbite covered his face and body like scales yet somehow, he found the strength to rise out of the snowbank, and eventually make it down the mountain.

In the spring of 1996, Beck Weathers, a pathologist from Texas, joined a group of eight ambitious climbers hoping to make it to the top of Mount Everest.

Weathers had been an avid climber for years and was on a mission to reach the “Seven Summits,” a mountaineering adventure involving summiting the tallest mountain on each continent. So far he’d scaled a number of the Summits. But Mount Everest drew him as the greatest challenge of all.

He was prepared to devote all of his energy to this climb, and push himself as far as he needed to. After all, he had nothing to lose; his marriage had deteriorated because Weathers spent more time with mountains than his family. Though Weathers didn’t know it yet, his wife had resolved to divorce him when he returned.

But Weathers wasn’t thinking about his family. Eager to climb Everest, he threw caution to the wind.

However, this particular wind hovered at an average temperature of negative 21 degrees Fahrenheit and blew at speeds of up to 157 miles an hour. Nevertheless, he arrived ready to go at the base of Mount Everest on May 10, 1996.

Beck’s fateful expedition was headed up by veteran mountaineer Rob Hall. Hall was an experienced climber, hailing from New Zealand, who had formed an adventure climbing company after scaling each of the Seven Summits. He had already summited Everest five times and if he wasn’t worried about the trek, no one should be.

Eight climbers in all set out on that May morning. The weather was clear and the team was upbeat. It was cold, but at the beginning, the 12-14 hour climb to the summit seemed like a breeze. Before long, however, Beck Weathers and his crew would realize just how brutal the mountain could be.

Disaster Strikes On The World’s Most Dangerous Slopes

Shortly before heading to Nepal, Beck Weathers had undergone a routine surgery to correct his nearsightedness. The radial keratotomy, a precursor to LASIK, had effectively created tiny incisions in his corneas to change the shape for better sight. Unfortunately, the altitude further warped his still-recovering corneas, leaving him almost entirely blind once darkness fell.

When Hall discovered that Weathers could no longer see, he forbade him from continuing up the mountain, ordering him to remain on the side of the trail while he took the others to the top. When they circled back down, they would pick him up on their way. 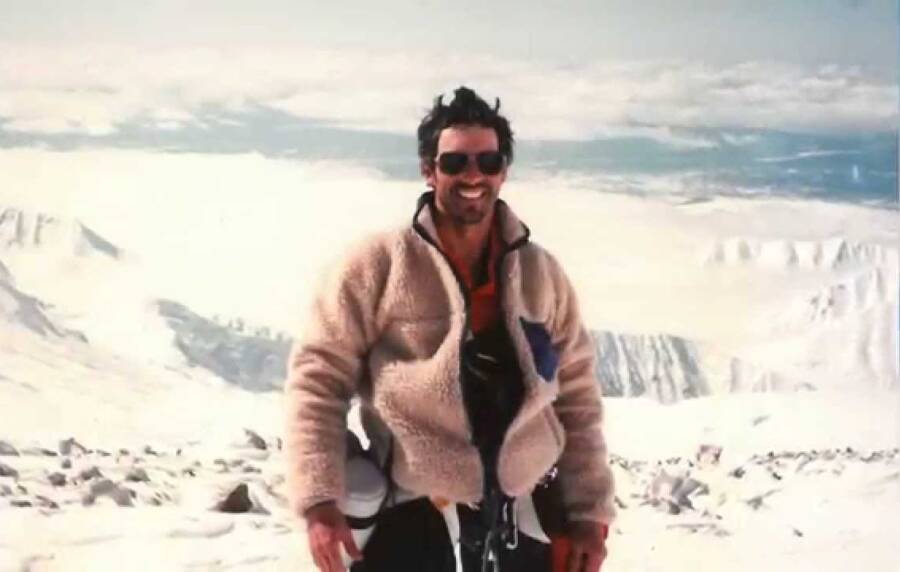 YouTubeBeck Weathers was left for dead twice during the 1996 Mount Everest disaster, yet still made it down the mountain to safety.

Begrudgingly, Weathers agreed. As his seven teammates trekked up to the summit, he remained in place. Several other groups passed him on the way down, offering him a spot in their caravans, but he refused, waiting for Hall like he’d promised.

But Hall would never return.

Upon reaching the summit, a member of the team became too weak to continue. Refusing to abandon him, Hall chose to wait, ultimately succumbing to the cold and perishing on the slopes. To this day, his body remains frozen just below the South Summit.

Almost 10 hours passed before Beck Weathers realized something was wrong, but as a loner on the side of the trail, he had no option but to wait until someone trekked past him again. Shortly after 5 p.m., a climber descended, telling Weathers that Hall was stuck. Despite knowing he should accompany the climber down, he chose to wait for a member of his own team who he had been told was on his way down not far behind.

Mike Groom was Hall’s fellow team leader, a guide who had scaled Everest in the past and knew his way around. Taking Weathers with him, he and the weary stragglers who had once been his fearless team set out for their tents to settle down for the long, freezing night.

A storm had begun to brew on top of the mountain, covering the entire area in snow and reducing visibility to almost zero before they reached their camp. One climber said it was like being lost in a bottle of milk with white snow falling in an almost opaque sheet in every direction. The team, huddled together, almost walked off the side of the mountain as they looked for their tents.

Weathers lost a glove in the process and had begun to feel the effects of the high altitude and freezing temperatures.

As his teammates huddled together to conserve heat, he stood up in the wind, holding his arms above him with his right hand frozen beyond recognition. He began screaming and shouting, saying he had it all figured out. Then, suddenly, a gust of wind blew him backward into the snow.

During the night, a Russian guide rescued the rest of his team but, upon taking one look at him, deemed Weathers beyond help. As is custom on the mountain people that die there are left there and Weathers was destined to become one of them. 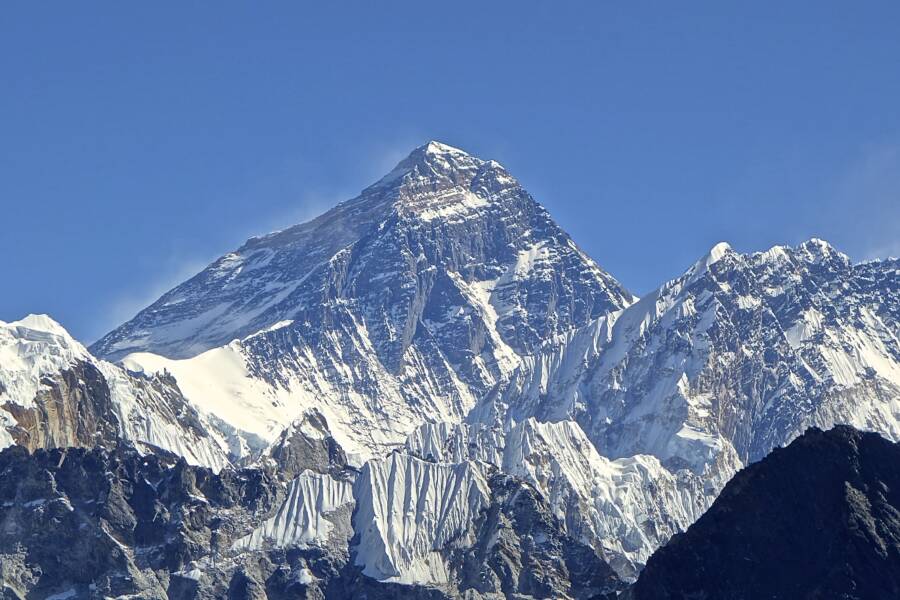 Wikimedia CommonsAt the time, the 1996 Mount Everest disaster was the deadliest in the mountain’s history.

The next morning, after the storm had passed, a Canadian doctor was sent up to retrieve Weathers and a Japanese woman from his team named Yasuko Namba who had also been left behind. After peeling a sheet of ice from her body, the doctor decided that Namba was beyond saving. When he saw Weathers, he was inclined to say the same.

His face was encrusted with ice, his jacket was open to the waist, and several of his limbs were stiff with cold. Frostbite was not far off. The doctor would later describe him as “being as close to death and still breathing” as any patient he had ever seen. Weathers was left for dead a second time.

How Beck Weathers Came Back To Life

However, Beck Weathers wasn’t dead. And though he was close, his body was inching further from death by the minute. By some miracle, Weathers awoke from his hypothermic coma around 4 p.m.

“I was so far gone in terms of not being connected to where I was,” he recalled. “There was a nice, warm, comfortable sense of being in my bed. It was really not unpleasant.”

He soon realized how wrong he was when he began to check his limbs. His right arm, he said, sounded like wood when banged against the ground. As realization dawned, a wave of adrenaline coursed through his body.

“This was not bed. This was not a dream,” he said. “This was real and I’m starting to think: I’m on the mountain but I don’t have a clue where. If I don’t get up, if I don’t stand, if I don’t start thinking about where I am and how to get out of there, then this is going to be over very quickly.”

Somehow, he gathered himself and made it down the mountain, stumbling on feet that felt like porcelain and had almost no feeling. As he entered a low-level camp, the climbers there were stunned. Though his face was blackened with frostbite and his limbs were likely never going to be the same again, Beck Weathers was walking and talking. As news of his incredible survival story made it back to base camp, further shock ensued.

Not only was Beck Weathers walking and talking, but it seemed he had come back from the dead.

After the Canadian doctor had abandoned him, his wife had been informed that her husband had perished on his trek. Now, here he was, standing in front of them, broken but very much alive. Within hours the base camp technicians had alerted Kathmandu and were sending him to the hospital in a helicopter; it was the highest rescue mission ever completed.

His right arm, the fingers on his left hand, and several pieces of his feet had to be amputated, along with his nose. Miraculously, doctors were able to fashion him a new nose out of skin from his neck and his ear. Even more miraculously, they grew it on Weathers’ own forehead. Once it had vascularized, they put it in its rightful place.

“They told me this trip was going to cost me an arm and a leg,” he joked to his rescuers as they helped him down. “So far, I’ve gotten a little better deal.” 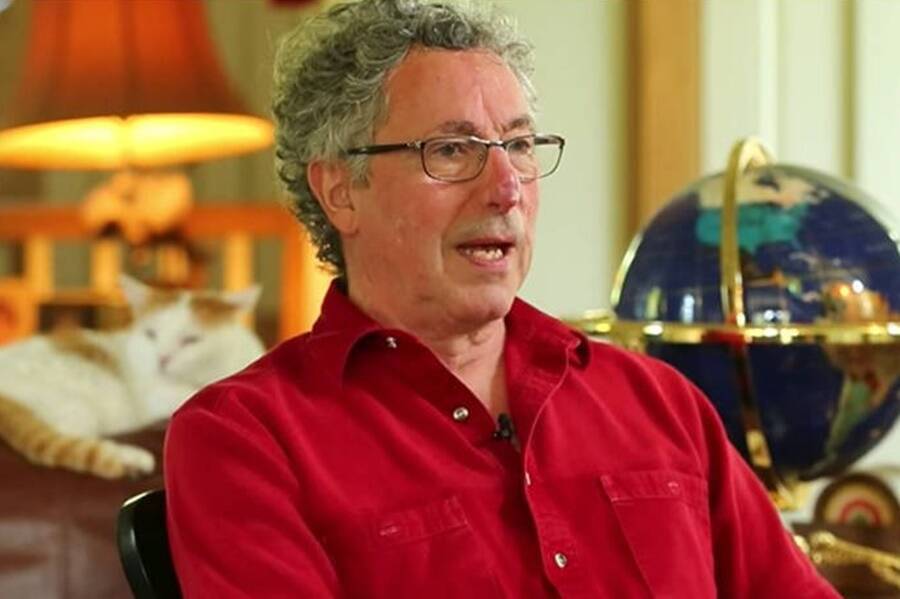 YouTubeBeck Weathers today has given up climbing and has focused on the marriage he let fall by the wayside in the years before the 1996 disaster.

Beck Weathers today has retired from mountain climbing. Though he never climbed all Seven Summits, he still feels he came out on top. His wife, enraged that he had been abandoned, agreed not to divorce him and instead stayed by his side to care for him.

In the end, his near-death experience saved his marriage and he would write about his experience in Left for Dead: My Journey Home from Everest. Though he came back a little less physically whole than he started, he claims that spiritually, he’s never been more together.

Enjoy this look at Beck Weathers and his miraculous Mount Everest survival story? Read about the moment hikers discovered George Mallory’s body on Mount Everest. Then learn about how the bodies of dead climbers on Everest are serving as guideposts. Finally, read about mountaineer and Everest casualty Ueli Steck.